Eva Longoria: ‘It’s not taking guns away, it’s making sure responsible people have them’


Embed from Getty Images
Eva Longoria is having a busy, fun couple of weeks. A little over a week ago, she was given an award by the HollyRod Foundation for her humanitarian work. Starting this Friday, she’ll be up on the big screen as Dora’s mother, Elena, in Dora and the Lost City of Gold, a live-action film that continues the story of Nickelodeon’s Dora the Explorer animated series. Eva joined Savannah Guthrie and Willie Geist on TODAY Monday. (I can’t believe that the Dora franchise is nearly 20 years old!) Eva told them about becoming a mom to her adorable son, Santiago, who is a year old, and how being a mom has changed the way she thinks about the world. Eva is from Texas, so Savannah and Willie began their chat on a somber note, discussing the terrorist attack in El Paso over the weekend:

People aren’t getting outraged because it’s not in their state or it’s not their child or mom. You have to think that this was somebody’s mom, family member, friend. It is a mental health problem I get that, but it’s also a gun problem. Being from Texas too I understand the second amendment. I grew up in that environment. It’s not about taking guns away it’s about making sure responsible people have them.

On motherhood
[Santi] is walking. He has eight [teeth]. He’s funny and sweet and shares everything. I’m really lucky, really blessed to have such an easy kid.

On if anything surprised her
Nothing is surprising. There’s so much information out there and every mom telling you what to do. What’s surprising is the anxiety I have about the world. There’s an intensity to it, like ‘I have to leave the world a better place.’ That has given me a lot more fuel for my philanthropy.

I saw the trailer for Dora and the Lost City of Gold, and it looks cute; Dora seems to have been around forever now, though I hear less about her than, say Peppa Pig. I’m sure the film is going to bring a lot of families out to the theater over the next few weeks, including children who watched Dora when it started airing and now have their own families. Eva said this is the first project she’s done that is for people of all ages, and that it’s the first of her shows that her son will be able to watch. I hadn’t realized until recently that she’d had a child, and in her interview, her love for him is very sweet. I’m sad for her and for all the parents I know who are overwhelmed about the chaos of the world we live in right now, and who are trying to figure out how to keep their children safe.

I’m glad that Savannah and Willie gave Eva the chance to talk about her feelings about the shooting in El Paso. I agree with her about the need for change, of course, but until politicians are ready to ditch the gun lobby, I’m not hopeful. I’m also grateful that Eva focused on the shooting in Texas being a “gun problem.” One of the inevitable discussions after a shooting occurs is started by people who focus on on what they assume they know about the person(s) responsible, and how that person(s) must be “mentally ill.” In reality, those who live with mental illness are more likely to be victims of violence than to perpetrate it. (NAMI offers a list of “factors that may increase risks of violence among a small number of individuals with mental illness.”) The correlation between mental illness and acts of violence is not what most people often believe to be true. The president of the American Psychological Association released a statement Monday, which reads, in part:

“Routinely blaming mass shootings on mental illness is unfounded and stigmatizing. Research has shown that only a very small percentage of violent acts are committed by people who are diagnosed with, or in treatment for, mental illness. The rates of mental illness are roughly the same around the world, yet other countries are not experiencing these traumatic events as often as we face them. One critical factor is access to, and the lethality of, the weapons that are being used in these crimes. Adding racism, intolerance and bigotry to the mix is a recipe for disaster.”

We absolutely need better mental healthcare in this country (along with better healthcare overall, period). But, if we want to stop mass shootings from occurring, we need to address gun violence, issues like domestic violence, gun-related laws, and, given some of the more recent perpetrators of these horrific crimes and the vitriol coming out of the Oval Office, white supremacy. 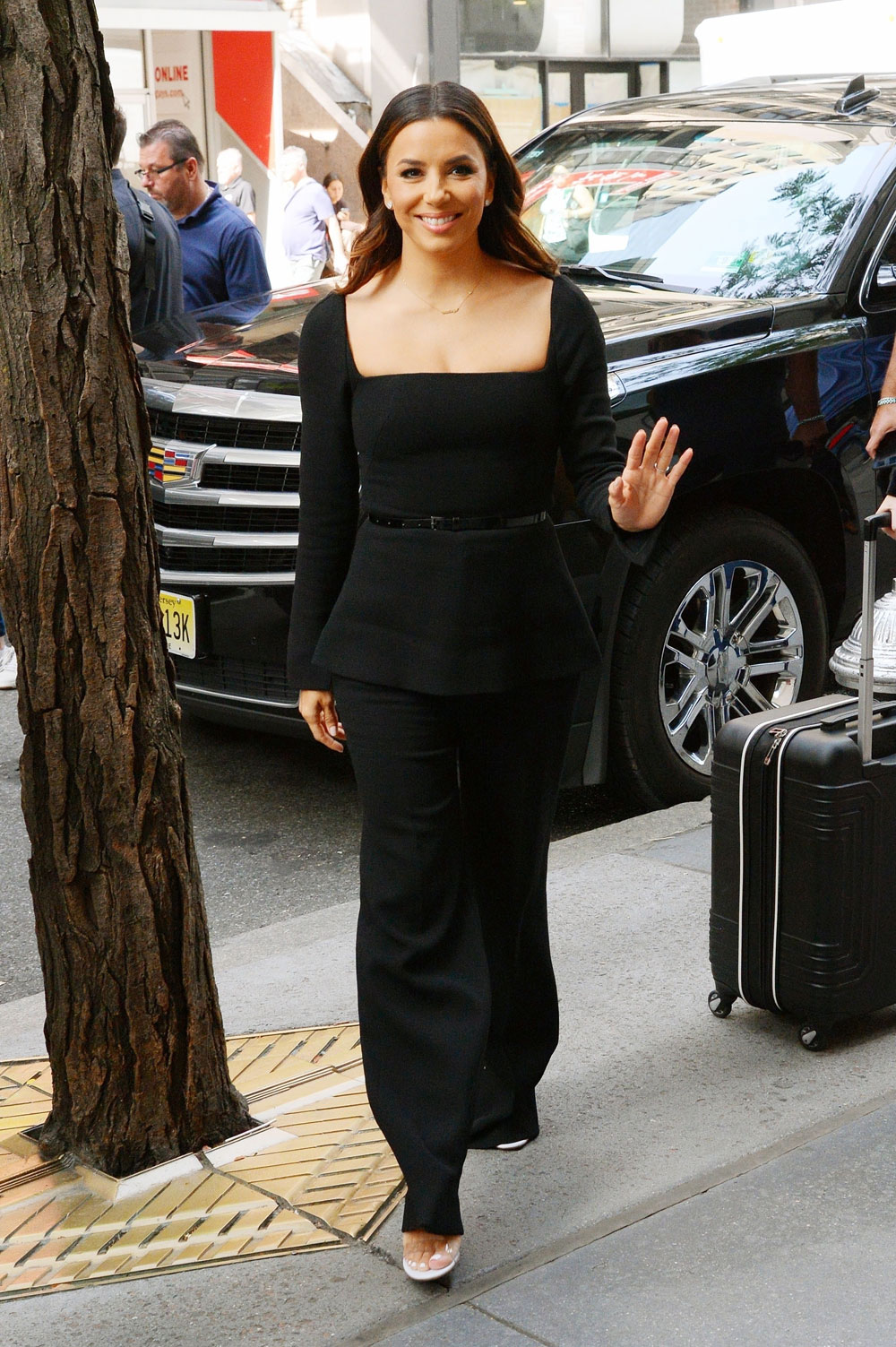 44 Responses to “Eva Longoria: ‘It’s not taking guns away, it’s making sure responsible people have them’”