Cameron Diaz: ‘The mid-1990s are an era that will never exist again’ 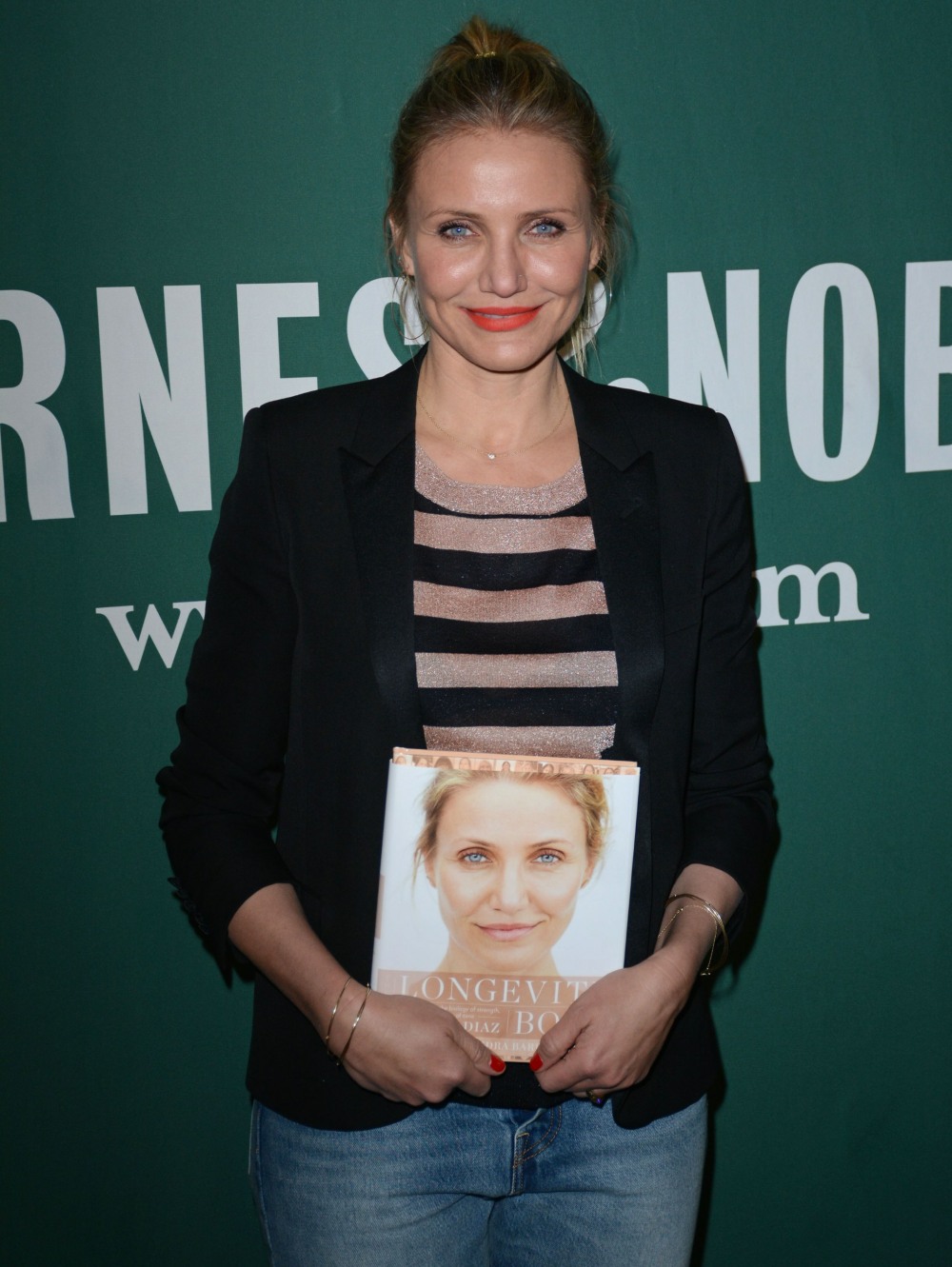 How many times have we all suggested that some celebrity “take a break” or just take some time away from the spotlight? I feel like I personally give that advice to a lot of struggling celebrities, but few of them actually do it. I don’t think I ever said that Cameron Diaz needed a break, but that’s fine – she took one anyway. She’s basically been away from the spotlight for five years (minus one book promotion). No movies, no international promotional tours, no interviews, just the occasional appearance on social media, or the rare tabloid report. Every now and then, one of her movies will come on and I’ll watch one – The Holiday is always a favorite – and remember how much fun she was to cover, and to just enjoy as an actress, and I sort of miss her. Which is weird, I know, because she was never really my fave. Anyway, Cameron participated in InStyle’s 25th anniversary issue and her piece is written as a first-person essay about why she’s on a break and how much happier she is. I believe that – I bet she loves living a different way now. Some highlights:

On fame: “I started when I was 22, so 25 years ago — that’s a long time. The way I look at it is that I’ve given more than half of my life to the public. I feel it’s OK for me to take time for myself now to reorganize and choose how I want to come [back] into the world. If I decide to. I don’t miss performing. Right now I’m looking at the landscape of wellness and all that. But whatever I do, it has to be something I’m passionate about — something that just feels effortless.

‘90s nostalgia and the changing landscape: “At this point, I’ve done so much, I feel fulfilled with the adventures I’ve sought out in my life. I’m in a great place, and the world is so different now too. The mid-1990s are an era that will never exist again. I’m just so grateful that I got to witness and partake in it. I look at technology now, and it’s unbelievable. Sure, you can post anything at any time on Instagram and you’re able to control your own narrative, and that’s incredible. But you’re tied to your phone, and you’re so dependent on it… We’ve lost touch with our humanity and our humanness, and I think it’s really healthy to not have to be accountable for every minute of our day.

On her 40s: “You know, I think the 40s are the best decade. You just get to be real with yourself, and you can also make necessary changes because you have the experience of looking back on four decades. Looking at patterns and seeing what things really work. You get to let go of giving a sh-t about anything. You’re done! Don’t care. I really don’t. It’s such a relief. You also start to go through changes on a physical level and realize there’s nothing you can do about them. Then you get to look back at pictures and think, “Oh my god, I hated myself at that moment, but look how young I was.” … I know right now I’m the youngest I’ll ever be. I’m a 47-year-old woman who’s like, “Hell, yeah!” I’m fine with it. I’m grateful for every moment I have.”

On her marriage: “I just want to build better, stronger friendships with the people who are in it with me. Of course, that includes my husband [musician Benji Madden]. Getting married to him was the best thing that ever happened to me. My husband’s the best. He’s the greatest human being, and he’s my great partner. Marriage is certainly hard, and it’s a lot of work. You need somebody who’s willing to do the work with you, because there’s no 60-40 in marriage. It’s 50-50, period. All the time. I don’t know if I was ready [when I got married], but I knew Benji was special. He’s just a good man. There’s no bullsh-t. It’s really refreshing. I’m really grateful for him.”

What’s next: “I like doing my own thing. I like creating, so I’m just looking for the project that makes the most sense for me now. I have some things brewing, but it’s a little too early to talk about them. I love everything that my girlfriends are doing, like what Gwyneth Paltrow has done with Goop and my sister-in-law Nicole Richie with her House of Harlow. Overall, I feel lucky that I got to be in the world and explore it when it was a different place. It was a real privilege.

I’ve wondered about her marriage to Benji Madden, just because they still, to this day, seem like such an odd couple. I wouldn’t say that Cameron’s picker was “off,” but I would say that it just never seemed like she was interested in dating the traditional hot-guy actor. She seemed to like guys who were a bit offbeat, so maybe Benji fits with that. I guess I wondered if Benji wanted her to stay home and just be his wife and she agreed, or if SHE wanted to take time off. It sounds like everything about her life right now is her choice though, and honestly, good for her.