Jake Gyllenhaal is getting serious with his young, ‘mature for her age’ girlfriend 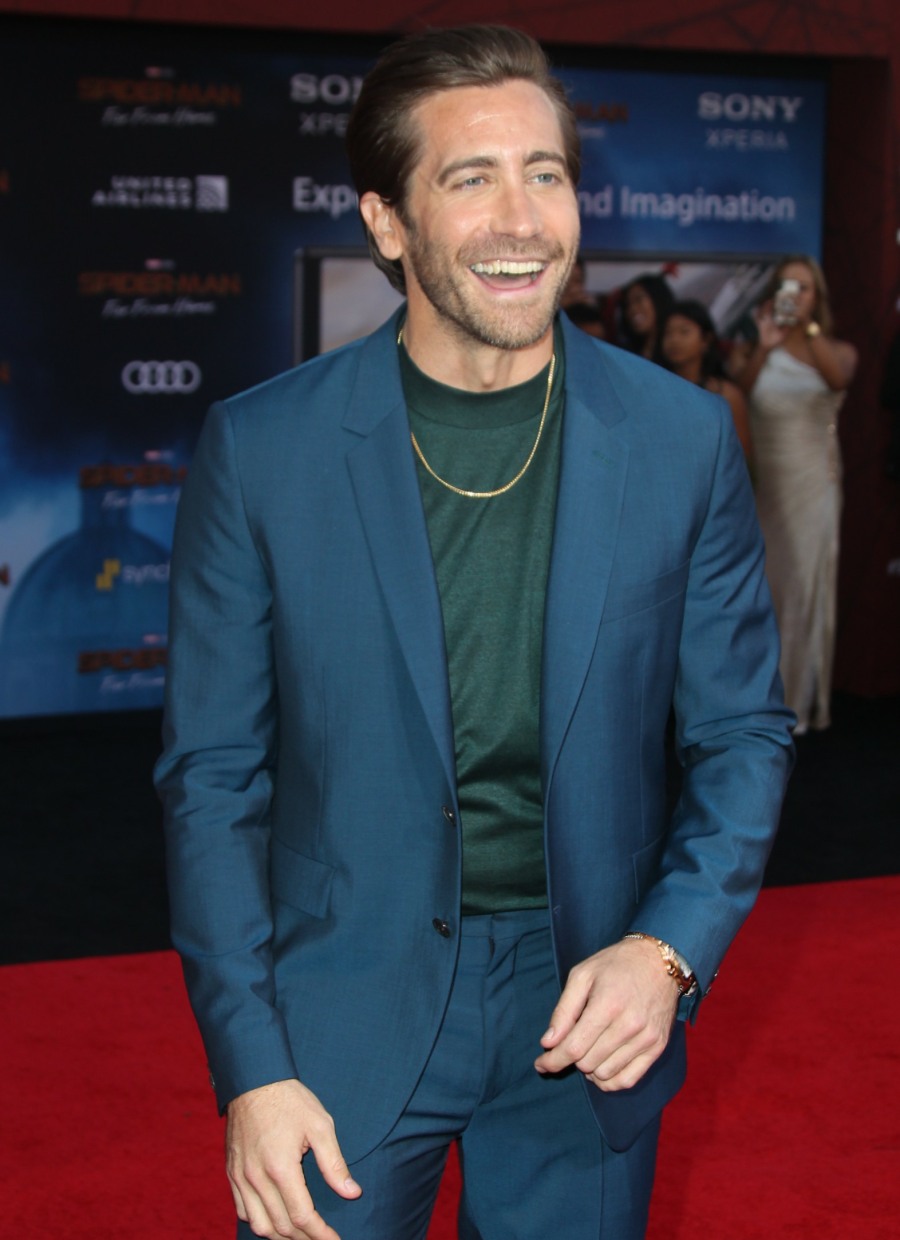 Earlier this year, we heard that Jake Gyllenhaal was quietly dating a 22-year-old model named Jeanne Cadieu. Jeanne is 16 years younger than Jake. Their relationship made sense, according to sources, because Jeanne is “very mature for her age.” Insert massive eyeroll. I wondered at the time if Jake really does exist as some kind of undercover Leo DiCaprio – constantly dating young women in the 20-23 age range for about a year or less. We call Leo out on that sh-t because he tends to date more famous models and because his girlfriends want us to know they’re dating so that they can get more work off of his name. Jake’s girlfriends aren’t as in-our-faces about it, but there’s a clear Leo-esque strategy, right? Anyway, Jake and Jeanne are still together. Probably because she’s so mature for her age.

Things are heating up between Jake Gyllenhaal and his French model girlfriend Jeanne Cadieu. We hear Cadieu has met his family and that they’ve been on a trip to Martha’s Vineyard together. Cadieu has also been spotted at previews of Gyllenhaal and Tom Sturridge’s Broadway play “Sea Wall/A Life.”

They’re even participating in an art project together. The “Inside Out” photo exhibition, which features portraits of both Cadieu and Gyllenhaal, among many others, adorns the wall outside of the Hudson Theatre. The couple — who were first linked back in December — have also been turning up at events, including Gyllenhaal’s “Spider-Man: Far From Home” premiere in June and a bash for Cartier in Paris in April.

I’m including some photos of Jeanne below, where she attended the LA premiere of Spider-Man: Far From Home. Jake Gyllenhaal is in that, so she attended her boyfriend’s premiere but they didn’t pose together. They’ve never posed together from what I can find in all of our photo agency archives. They attend events together (movie premieres, play openings, Cartier parties) but never pose together? I mean… on one side, good for Jake for being so private. On the other side, seems like a lot of dumb work to avoid being seen with someone you allegedly care about so much. I feel like it’s A LOT of work to date Jake, right? Better her than me. That’s probably why he goes for the young ones – women his own age don’t want to put in all that dumb work.

79 Responses to “Jake Gyllenhaal is getting serious with his young, ‘mature for her age’ girlfriend”