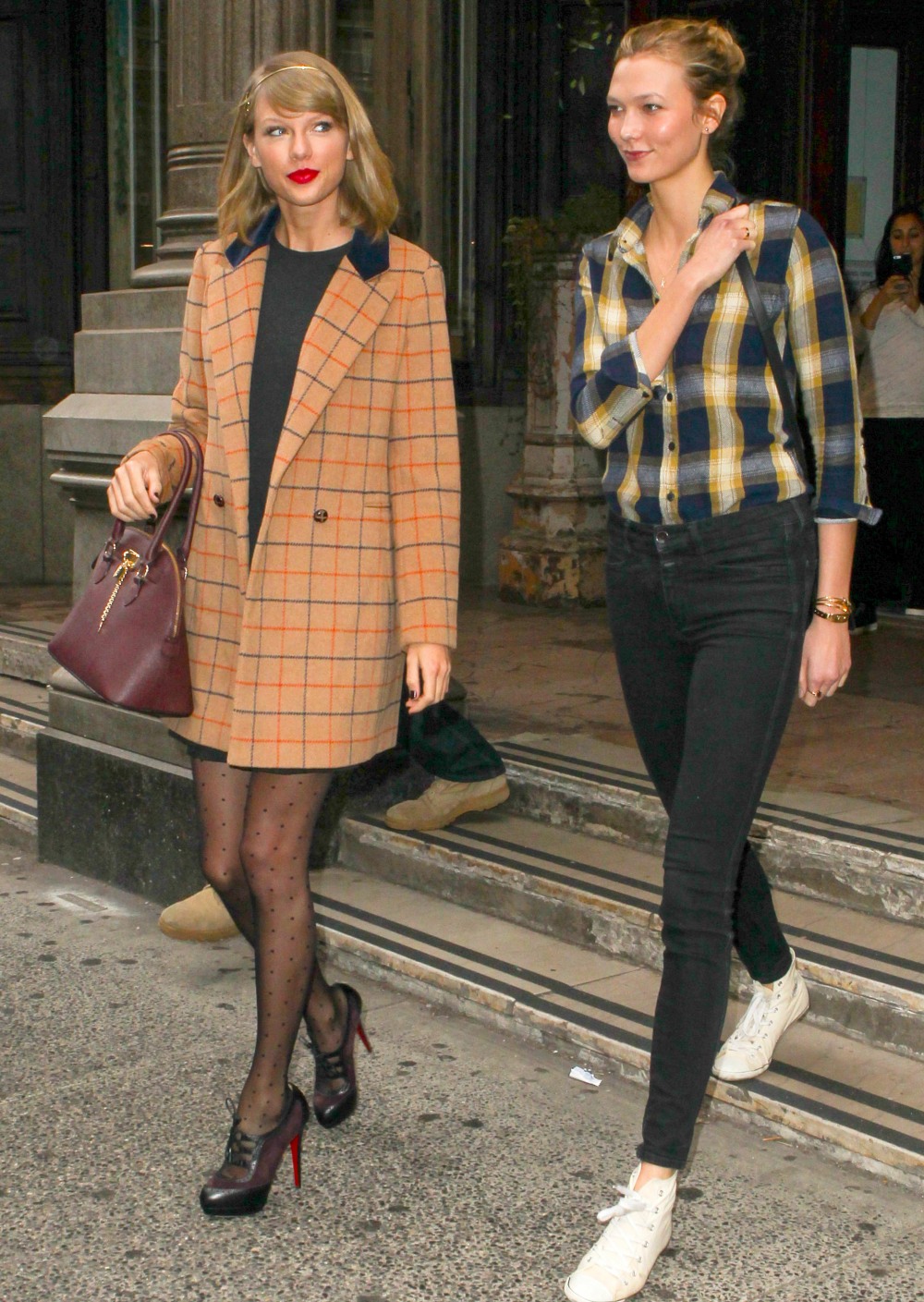 Taylor Swift’s new album, Lover, comes out in a few weeks. I imagine we’ll have even more Tay-Tay coverage on a daily basis as of now. I thought her September Vogue interview was good in that A) we hadn’t gotten an in-depth interview from Taylor in years and it was great to see her so prepared & ready to talk and B) Taylor is always fun to talk about and dissect. Now that we’re days past the Vogue drop, it’s fascinating to me how Taylor controlled every single part of her narrative in the piece, and she didn’t have to answer any questions about Tom Hiddleston or Karlie Kloss, and she merely skated past this year’s Summer Beef (the Scooter Braun thing) with a one-sentence quote. So, obviously, the gossip press is going to fill the vacuum of what was left unsaid. Page Six had a long, juicy, dishy read about Taylor and how she overplayed her hand by cancelling her friendship with Karlie Kloss, and then it just goes from there. You can read the full piece here. Some highlights:

Why did Taylor & Karlie fall out? Swift has previously said that Kloss had her very own room, complete with her favorite snack foods at the ready, at the singer’s $47.7 million Tribeca compound. But an insider told The Post that Swift was “furious” when Kloss invited friends over to the home without first getting approval.

A Kloss source says that a simple fight turned into something else: Although both camps deny this [apartment thing] was the exact reason for their split, a person close to Kloss admits that the two had a tiff that turned into “something crazy.” “Taylor got upset over something crazy and then she just alienated Karlie,” she told The Post.

Taylor overreacts: Sources say this is just another example of Swift, whose new album, “Lover,” is out Aug. 23, overreacting to a situation. In fact, Swift turned down invites to both of Kloss’ wedding ceremonies when she married her long-term boyfriend last year, according to a source close to both camps. “She always does the same thing: She trips up when she goes further than she needed to,” said a source close to music manager Scooter Braun.

A source close to Scooter Braun says Taylor misrepresents constantly: “She didn’t need to say that she didn’t get told about the deal, when there is clear proof and text messages sent to her. She did the same thing about the Kim K-and-Kanye row [and then] Kim just published the conversation online.”

Taylor is immature? “She became famous very young,” said a music executive in the know. “And the behavior that we might accept from a young girl — stamping your feet, acting petulant — no longer stands when you’re a grown woman.”

Her latest reinvention: Her latest reinvention, for “Lover,” finds the singer — who has been dating British actor Joe Alwyn for three years — seemingly in love with love, amid a wash of rainbows. “It’s difficult to tell who she really is — does she even know who she is?” asked one top music insider. “She can act like poor little rich girl, when she has no need to,” said one source of the singer who owns $84 million in real estate and three planes.

Who is she, a diva or a dream? One person who has worked closely with Swift described her to The Post as “a pill,” while another who was part of the recent Vogue cover shoot called her “heavenly to work with.” One thing insiders seem to agree on is that, with Swift, everything is personal — and, in her anger, she sometimes has tunnel vision. A source who has worked extensively with Braun said of the Big Machine deal, “This is business, what doesn’t Taylor get about this? He was not doing this just to spite her — and she’s acting like it was a personal vendetta.” The music executive gets the last word: “Taylor is calculating and shrewd. Not that that’s a bad thing, but anyone who doesn’t think she feels like she has something to prove with ‘Lover’ is totally wrong. She wants to win.”

When Taylor talks about how the criticism of her music/life/persona is often gendered and sexist, I often see her point. “Taylor is calculating and shrewd.” She is, I agree. But we would use different descriptors if she was a man. We would say “brilliant, aware, a true professional, next-level corporate thinker, PR expert.” Taylor IS brilliant… about some things. And she’s a messy, emotionally immature idiot about other things. That’s the duality of the Snake Lyfe. And I still have no idea what happened with Karlie Kloss. But I think that whatever happened, Taylor probably did “overreact” and what could have been a simple fight ended up calcifying into a massive Cold War/Beef. 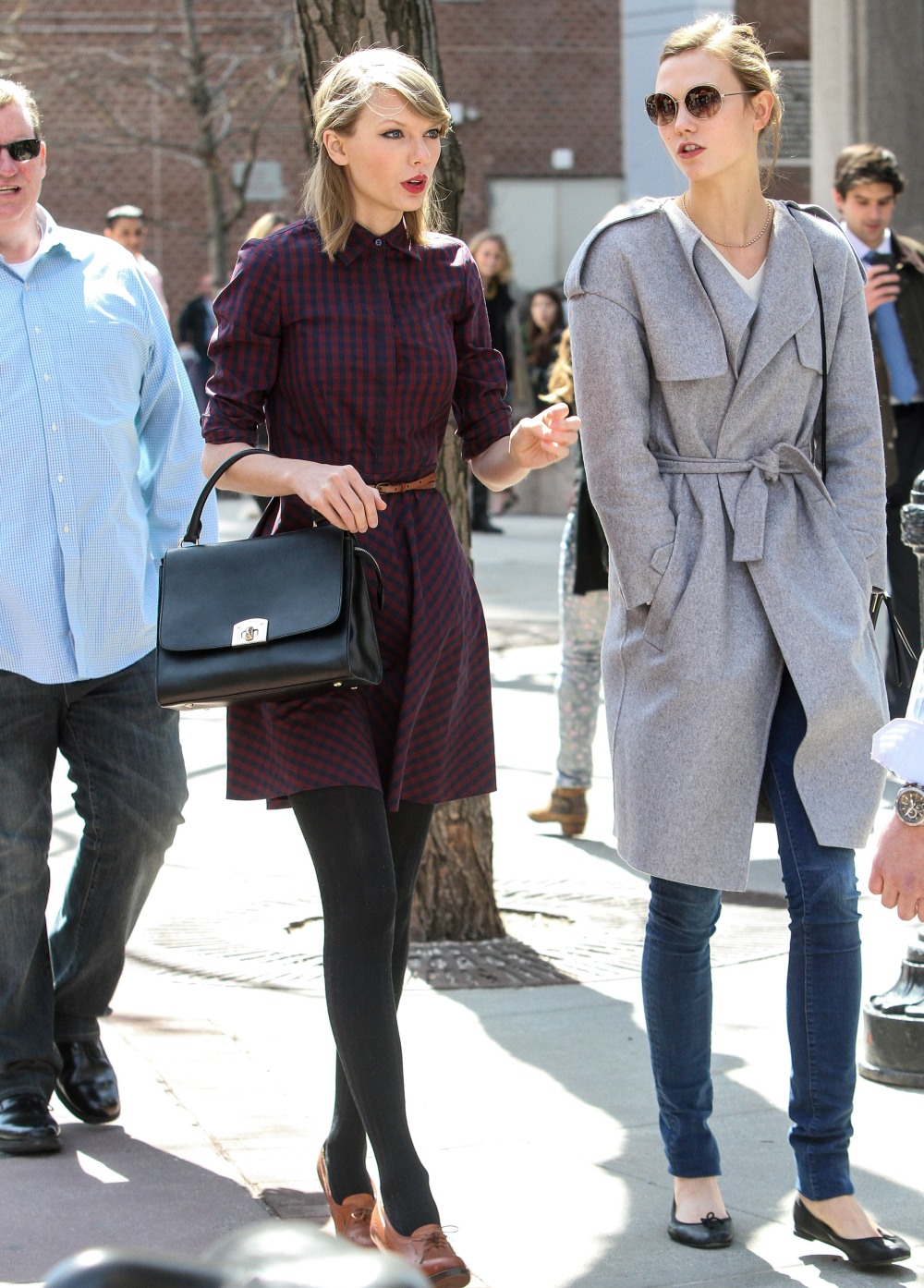