Miley Cyrus & Liam Hemsworth ‘were not on the same page,’ sources say 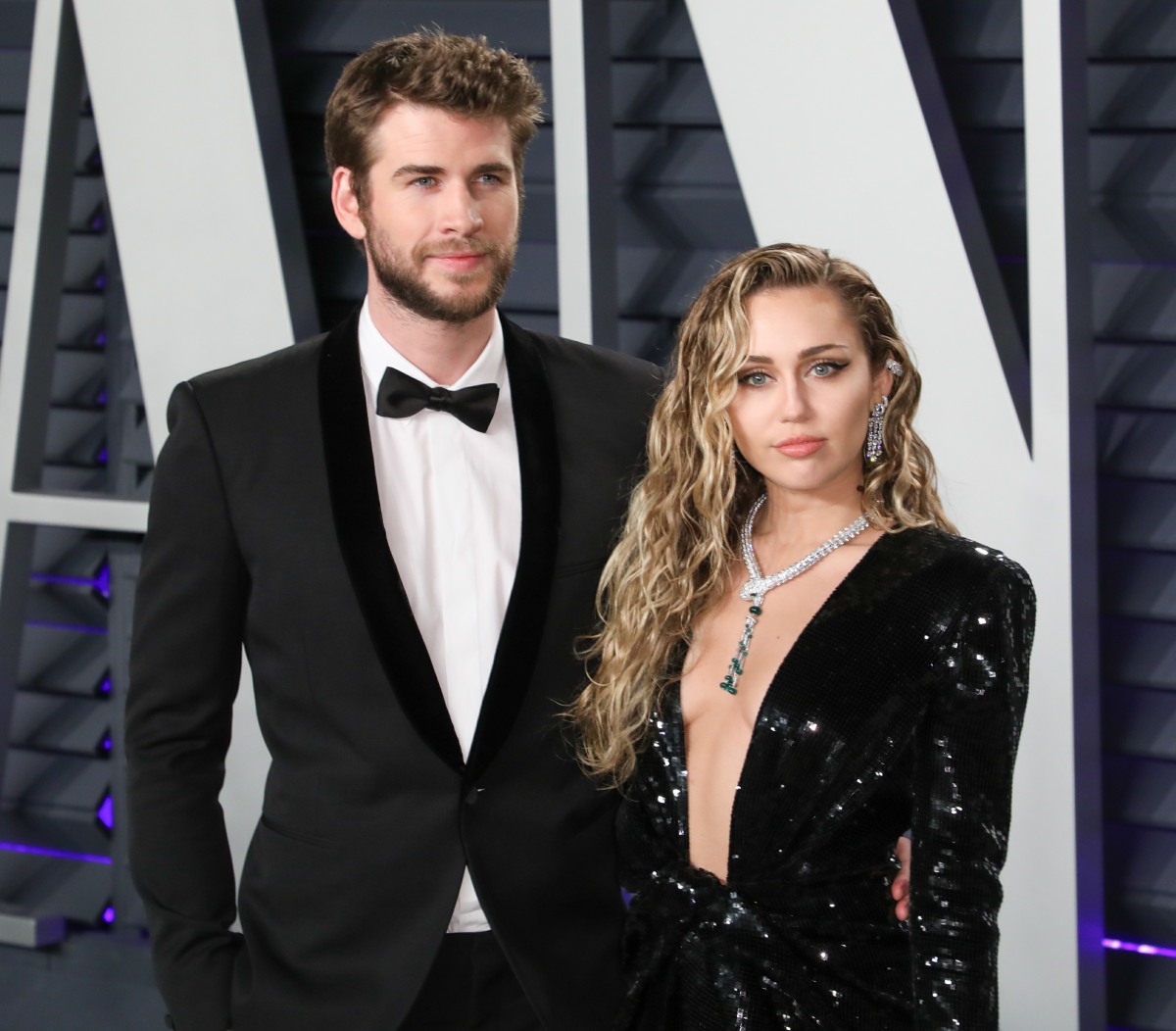 As we discussed yesterday, Miley Cyrus and Liam Hemsworth are over. Considering their breakup and makeup history, many of you think that they could possibly get back together at some point. I agree – they seem to go in cycles depending on what persona Miley is trying on in any given month. She did the country-girl/hippie-wife thing for a couple of years but as we’ve seen from her interviews this year, she seemed to be feeling confined by that persona. All of which means that no one was really “surprised” by Miley and Liam’s split.

Miley Cyrus and Liam Hemsworth’s decision to split after less than a year of marriage may have caught fans off guard, but those close to the couple weren’t taken aback.

“This split isn’t shocking to people who are actually with them every day,” a source tells PEOPLE. “After they reunited, everyone thought they were this ‘perfect’ couple, but they still had a lot of issues. They’re not on the same page when it comes to a lot of fundamental things that make a relationship work,” the source adds. “It’s not surprising at all.”

Hours before Cyrus, 26, and Hemsworth, 29, confirmed their split, the singer was photographed kissing Brody Jenner’s ex-wife Kaitlynn Carter in Italy, where the pair are vacationing together alongside the singer’s older sister Brandi. Cyrus cuddles and kisses 30-year-old Carter — who recently announced her split from Jenner — while the pair lounge poolside in photos obtained by Entertainment Tonight. A source told PEOPLE exclusively that Cyrus and Carter have mutual friends in common and are “just having fun” together.

I suggested yesterday that it sort of feels like Miley dumped Liam and ran off with Kaitlynn, and that maybe Miley and Kaitlynn are together now. I don’t know if that’s true, but it certainly seems like that’s what they want us to think. As for the split not being a surprise for people who know them… yeah. I wonder if Liam was getting tired of all of Miley’s bold pronouncements in interviews, some of which might have taken him by surprise.

77 Responses to “Miley Cyrus & Liam Hemsworth ‘were not on the same page,’ sources say”