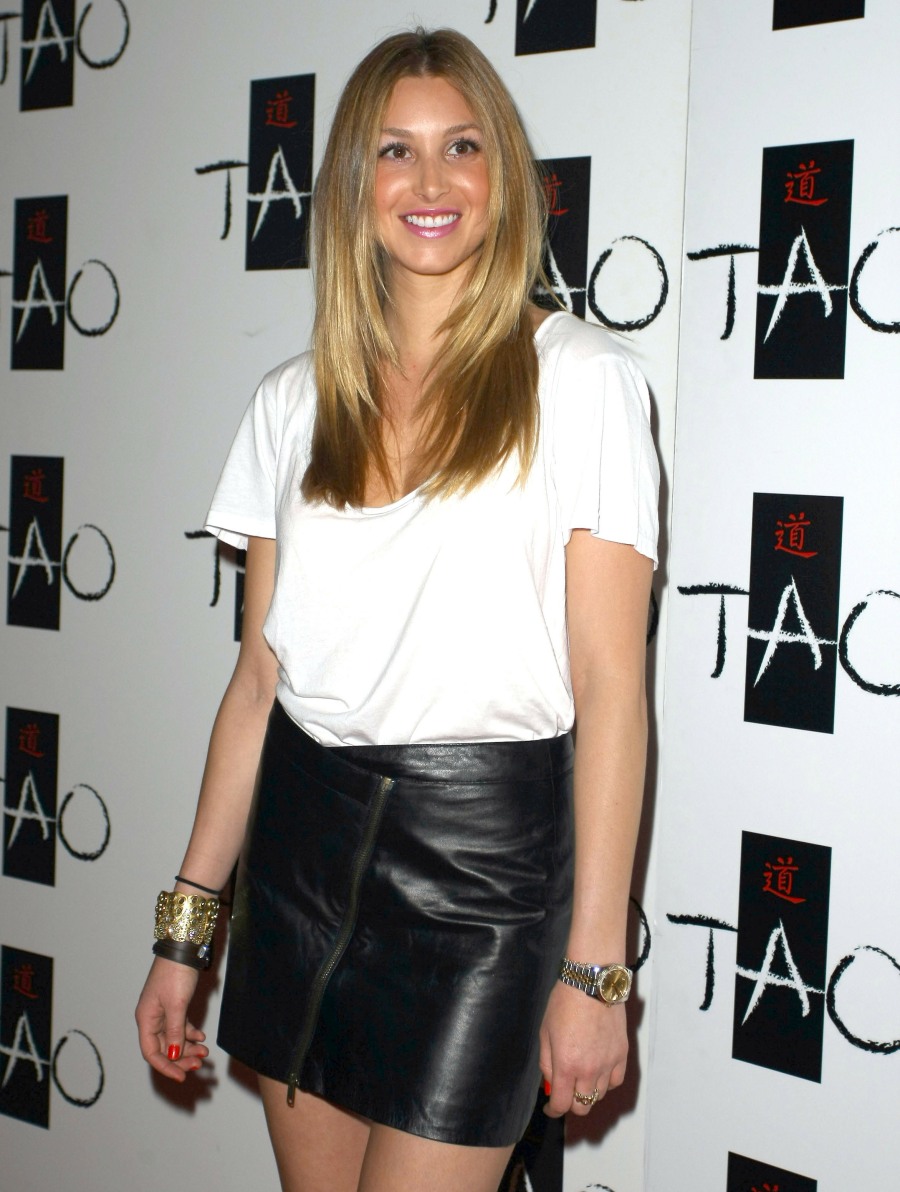 I was too old to enjoy The Hills, and I never watched The City. Whitney Port starred on both MTV reality shows, and she’s currently in The Hills: New Beginnings. I was looking through her Wiki and I sort of respect the way she’s consistently worked on various projects and reality shows and yet never seemed crazy or over-the-top. Mostly, my vibe is that she’s kind of bland but harmless. Well, Bland Whitney also has a podcast, just like your beloved CB and Kaiser (ME!). Her podcast is With Whit, and on the latest pod, she spills one of her best gossip stories. Honestly, if this had happened to me, I would have told this story EVERYWHERE. I would have run to Entertainment Tonight as soon as it happened. You see, Whitney has a Leonardo DiCaprio story. And it’s a fun one:

She’s happily married and has one son with her husband. But Whitney Port reminisced on one of her ‘bigger regrets’ in life during an episode of her With Whit podcast released on Tuesday. The 34-year-old reality star admitted she had a wild night with Leonardo DiCaprio nearly a decade ago and turned down his advances after six months of texting. Port sat down with her ‘best friend of life’ Andrea Cuttler for the 14th episode of her self-titled podcast and spilled ‘spill a secret I have been dying to share for so long.’ She asked Andrea to recount the events leading up to meeting Leo at a club after she chatted it up with Rihanna.

‘I have been dying to tell people this story for ages,’ she said. ‘I feel like whenever I tell it to friends, no one believes me.’ The girls were ecstatic recalling when Whitney walked up to Rihanna at the club to tell her that her ex-brother-in-law wrote her hit SOS, only to find out that the Barbados-born beauty was a huge fan of The City. ‘And then Leo comes up to you to also … insinuated that, like, he had missed the week priors episode,’ Andrea recalled. ‘And you’re like, is he telling me that he watches The City? This is very confusing, but also incredible.’

Andrea said ‘there was a phone number exchange’ before the ladies walked to another club with Leo and his pals. ‘I remember dancing alone on the dance floor because you were in the corner talking to him and I didn’t want to intrude, but also like couldn’t leave,’ Andrea said.

‘I feel like I was getting drunk at that point,’ Whitney said. ‘I don’t remember … it’s such a shame.’

Their night out wasn’t the end of the road for Whitney and Leo as she revealed the pair had a ‘BBM relationship for like six months’ before meeting up again in LA. At the time, Blackberry smart phones were a popular accessory and people regularly used Blackberry Messaging (BBM) as a way to text friends.

‘He invited me out to Teddy’s and he invited me back over to his house and I said no,’ Port revealed. Andrea loved the story and laughed as she asked if Whitney was the only girl to ever turn down DiCaprio. ‘I was too nervous,’ Whitney said. ‘I had never had a one-night stand. I didn’t want to be with him alone. I was way too nervous to do it and then I lost my chance and it’s really one of my bigger regrets in life. If you didn’t think I was cool, now you probably do.’

“I didn’t want to be with him alone. I was way too nervous to do it…” I also would not want to be alone with Leo, but then again, he doesn’t want to be alone with me either! Besides, I bet Leo even brings his wingmen home to sit on the couch and play video games while Leo takes a lady to the back bedroom so she can do all the work while he looks bored. But… all of the other details are kind of amazing. Rihanna watched The City! Rihanna and Whitney chatted! Leo hadn’t seen the most recent episode! Leo did the approach himself! That’s how you know it was a while ago – Leo was doing “the approach” himself. Also, he actually texted a woman for months without actually sleeping with her? *chuckle* 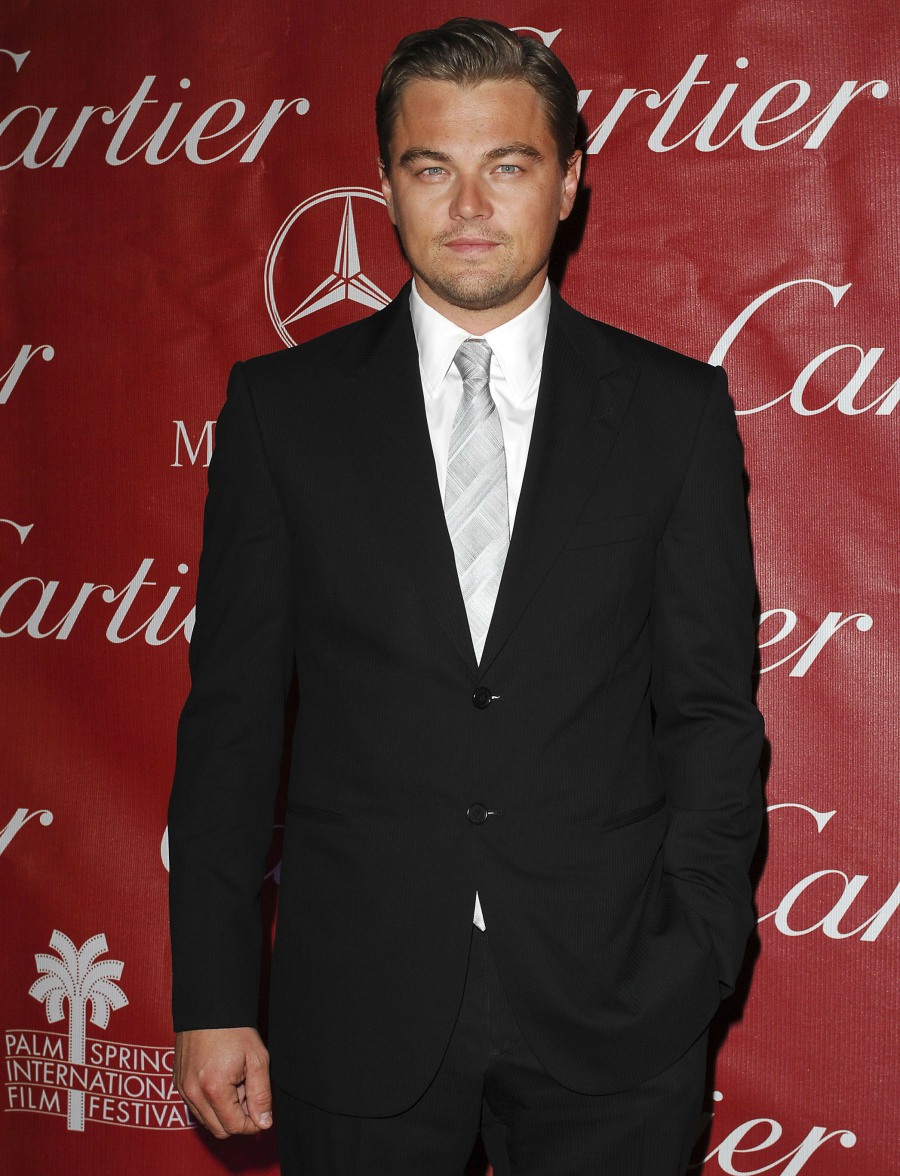