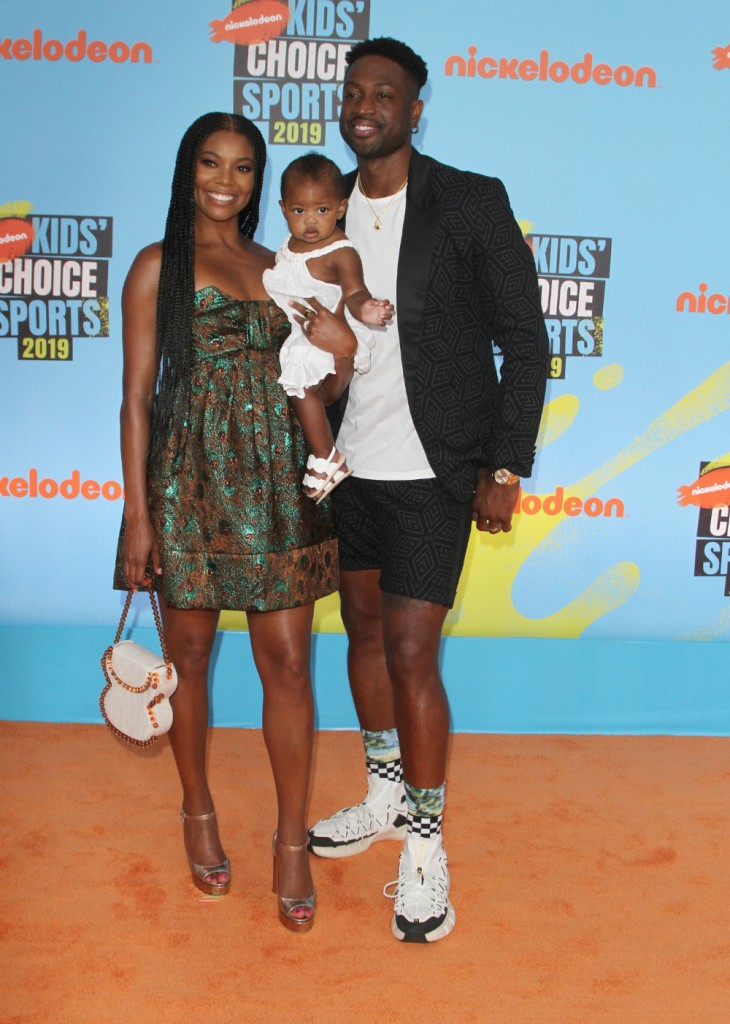 Gabrielle Union and Dwyane Wade welcomed daughter Kaavia last November. They’d waited for her for a long time and since her arrival, they’ve relished in every wonderful moment, as they should. Now that Kaavia is almost ten months old, she’s saying goodbye. Not ‘goodbye’ exactly, but ‘buh-bye.’ Gabrielle posted Kaavia’s first words to her Instagram and it is every bit as precious as you think it’s going to be:

As will come as a surprise to no one, my first word was “NO!” According to my mother, it was as emphatic as I wrote it and I never needed any prompting to throw it down. Apparently, I’ve been a pain in the @ss since the get-go. This is obviously much cuter, but then anything Kaavia does is cute because she’s so freaking adorable. Look at those two little teeth popping up there. Plus, and maybe it’s just me, but she seems like a real thinker. Like, she’s strapped into a chair so clearly, she’s not going anywhere, and yet – she’s asked to say goodbye? Who’s leaving and where are they going? You can see it all in her face. Either that or she’s wondering if there’s a second cup of Cheerios with her name on it, kids are hard to read.

I love the Wade Union family, so I’m thrilled any time they grace us with photos or moments. Kaavia is so expressive too, I can lose many hours to Gabrielle’s IG looking at her. And I know it’s uncool to predict what a child, especially one so young, is going to do with their lives but I’m sure Kaavia is going to be a sports caster. And I know this because she was recently asked about her take on the upcoming season for the Boston Celtics, to which she responded: