Beth Ditto on Taylor Swift: ‘I was like, great anthem… straight white girl?’ 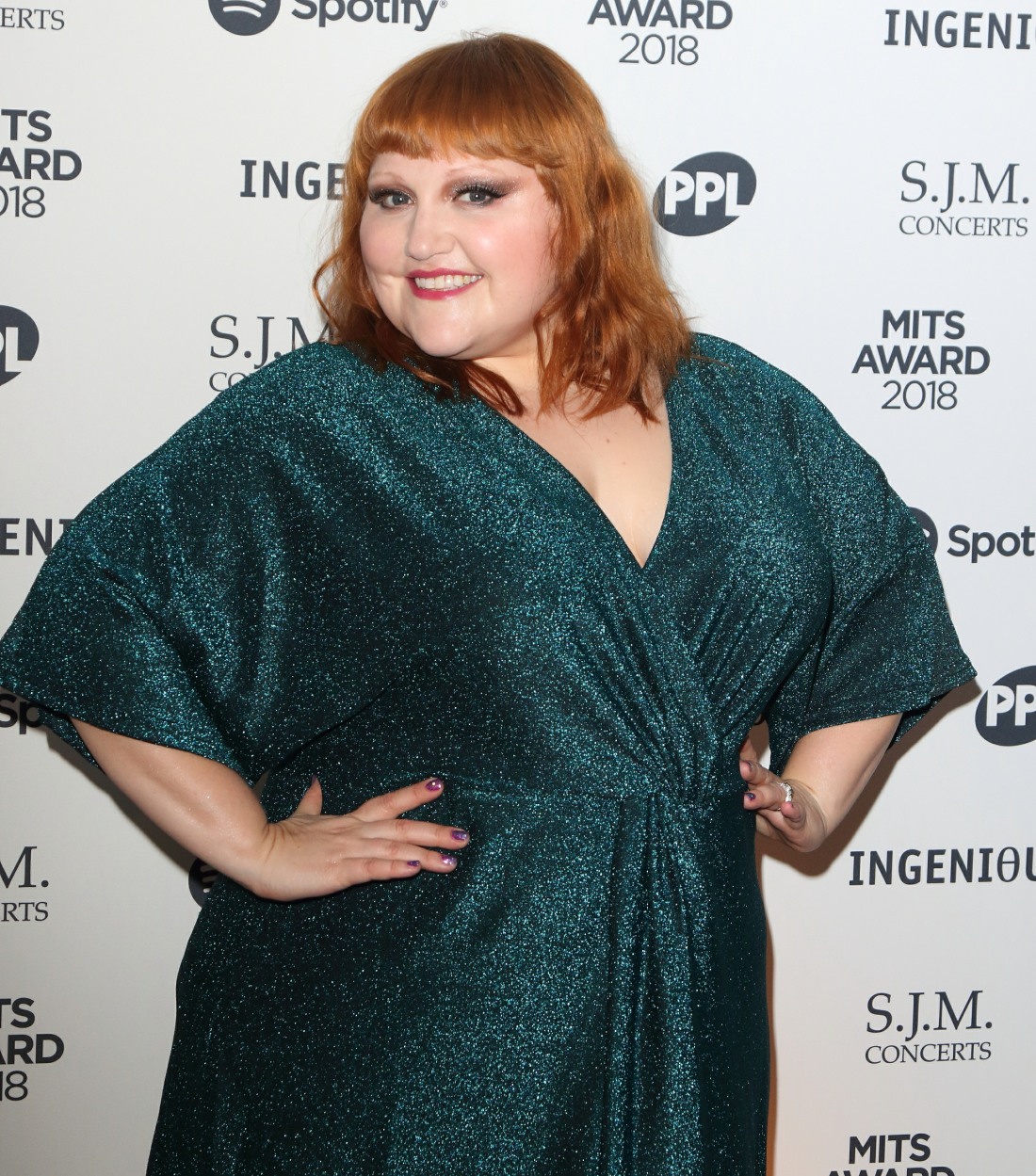 This is the first time I’ve ever looked up Beth Ditto’s background and I really had no idea. Ditto grew up poor in Arkansas, she’s 38 years old and she’s currently moving back and forth between music and acting. Beth was interviewed by the Independent to promote her role in the new series On Becoming a God in Central Florida with Kirsten Dunst. I read a recent interview with Dunst where she talked about how she asked for Ditto to be cast specifically. Unbeknownst to me, Beth Ditto was briefly married to Kristin Ogata in 2013, and they split in 2018. Now Ditto is in a relationship with a transgender man named Ted Kwo. Ditto has always been an out-and-proud queer woman and she’s always talked about queer issues. This is background because she talks about LGBTQ issues and being an artist who appeals to LGBTQ fans. Some highlights from this interview:

On fat-positivity: “I feel proud that I got to represent this very DIY – not just body positivity, but fat positivity – momen. It’s such a thing now – Lizzo is everywhere, she had a full page in Vogue… I’ve been half-naked and wearing whatever I wanted forever, so it was always surprising when people were surprised.”

When she first started dating Ted Kwo: When Ditto first revealed they were dating, she said that Kwo had urged her to consider how she might be treated differently if people perceived her as a straight woman. “Straight privilege is wild. It’s very interesting, being treated completely differently in public is something I hadn’t experienced since high school. I’m really proud of Teddy because he’s an openly trans man who talks about his experience.”

On gay stan culture & whether gay men can be misogynistic: “It’s a really difficult place right now, to be queer. I know those gay men and they can be really possessive. Male privilege can come into play, but there was much suffering in their childhoods, and these artists saved them. It was a secret world for a lot of gay people – like for me I thought Cyndi Lauper was my real sister because she made so much sense to me. I saw myself in her, and I really attached myself to this idea of her.” It’s a long conversation, she concedes, because of the risk of being misunderstood and her own reluctance to exclude anyone. “There’s so much bulls*** going on in queer culture that right now [the debate about misogyny in gay stan culture] doesn’t mean that much to me.”

She’s bothered by the “pink pound”: The “pink pound” is “a whole market deliberately aimed at gay men to take their money…That’s what Taylor Swift did,” she says, aiming straight for the single “You Need to Calm Down”, with its “shade never made anybody less gay” sentiments. “I was like, great anthem… straight white girl? Cool, thanks. Released just in time for Pride! I wonder where the proceeds are going for that, you know? That’s the thing that bothers me about it.”

When Ditto is told that Swift donated $113,000 to a charity to help fight anti-LGBT+ bills in Tennessee: “She did? She is doing that? Good, she should! Especially if you’re releasing a song like that. That makes me happy, I’m glad she’s doing that.”

“I was like, great anthem… straight white girl? Cool, thanks. Released just in time for Pride! I wonder where the proceeds are going for that, you know?” Yep. I like that Ditto wasn’t afraid to name-check Taylor Swift, but to be fair, Swift was the most blatant example of this. Other straight artists do this all the time. But it’s a fine line between being a straight woman who appeals to the LGBTQ community versus someone like Swift, who is a relative Johnny-Come-Lately bangwagoner to all of these progressive causes, and then tries to create her own LGBTQ anthem. Plus that song is terrible. 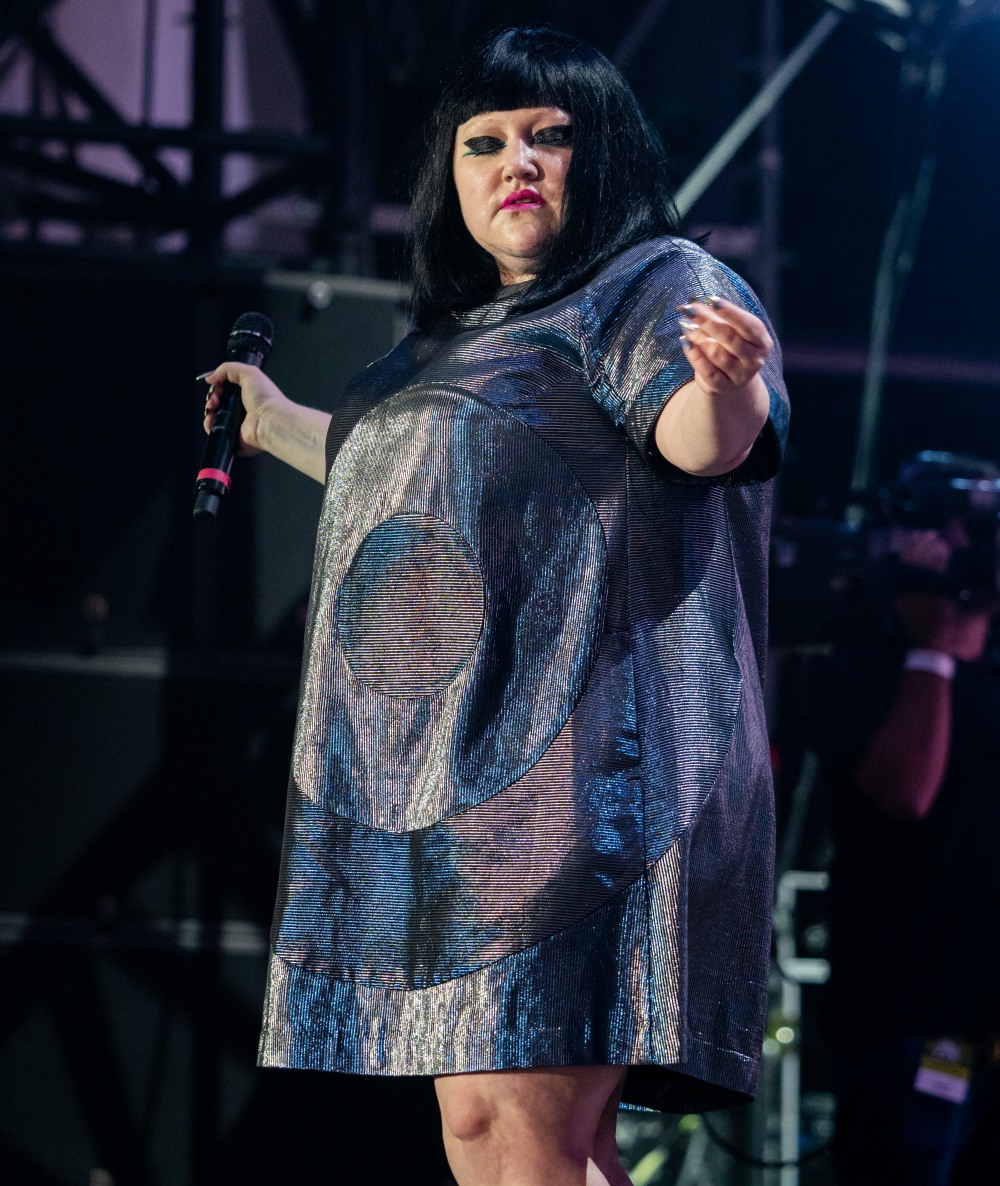 74 Responses to “Beth Ditto on Taylor Swift: ‘I was like, great anthem… straight white girl?’”