People: Duchess Kate is a ‘pioneer’ for talking about addiction & mental health 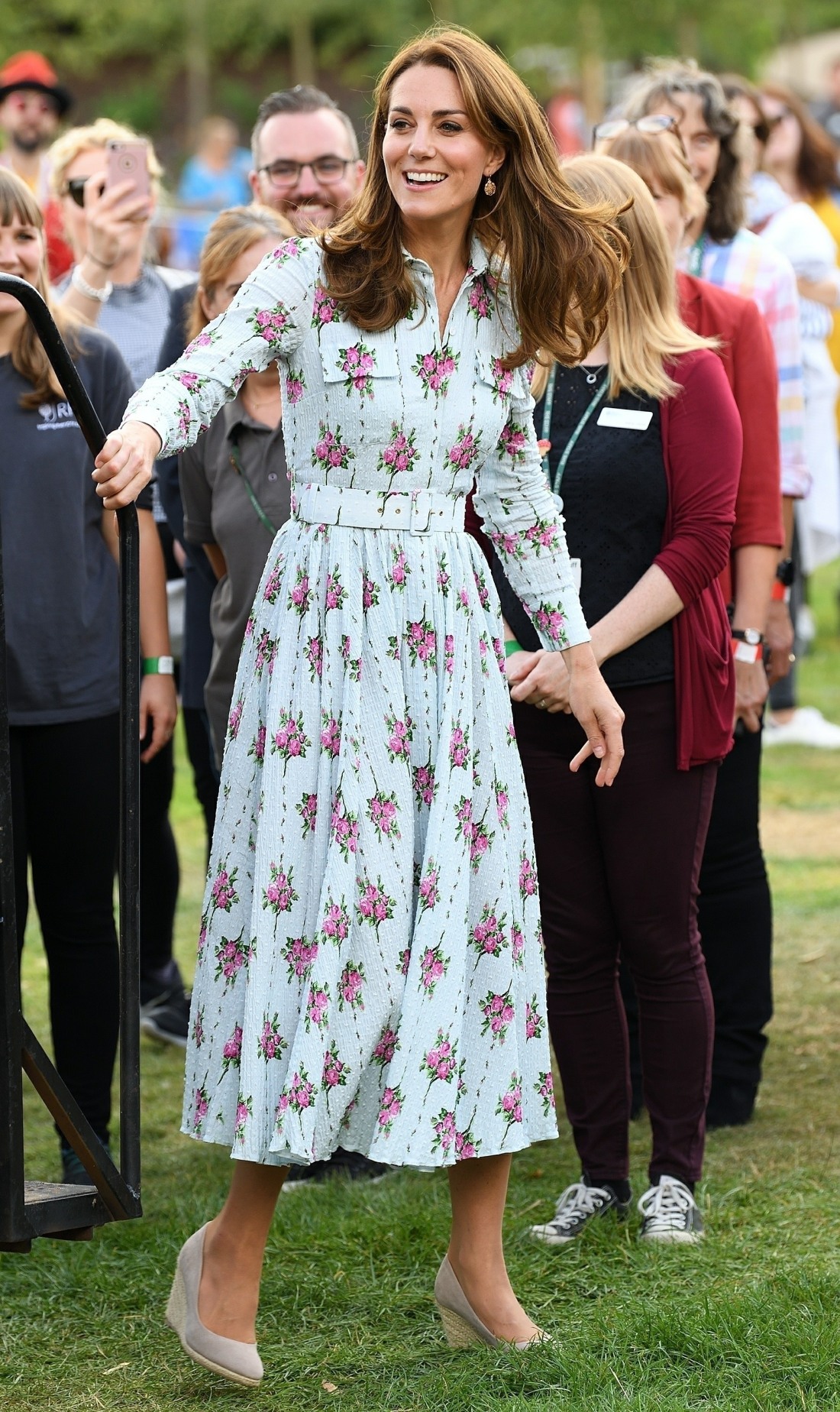 I’ve said this many times now, but it’s worth saying again: I’d like to get to the point where we can treat the Duchess of Sussex like we treat the Duchess of Cambridge. We can actually GOSSIP about Kate, and tease her for her buttons and wedges and keenness, whereas the conversations around Meghan have become so toxic and nasty that when I have a minor, mild criticism of Meg, it feels like I’m siding with racist C-U-Next-Tuesdays. I’d like to add something to this larger conversation about the differences in the way we discuss the two duchesses: if the PR around Kate wasn’t so breathlessly sycophantic, we might actually have room to give her some genuine praise at times, rather than laughing at how she’s Future Queen material just because she sat there for one whole meeting.

Kate’s Back to Nature garden was a good example of all of that. The garden was a good effort, and Kate should be praised for talking about how kids should spend more time in nature, and spend time away from various screens. That’s a good issue and she legitimately cares about it deeply. But the over-the-top “keen” PR around it just kills me. Speaking of, Kate has been a patron of Action on Addiction for years. She’s keen enough to do a handful of events around the patronage every year. I believe Kate actually cares about how addiction affects families, and I also believe that the issue of addiction was probably not one that the royal courtiers would have chosen for her, they would have wanted something more fluffy and less about drugs and alcohol. Kate should get praise for her work on a tricky subject. But much like the Back to Nature garden, the praise is so f–king over the top, it becomes absurd. People Magazine devoted an article to her work with this patronage called “How ‘Pioneer’ Kate Middleton Is Bringing Addiction and Mental Health ‘Out of the Shadows’.” Ugh.

Kate Middleton has helped bring the scourge of addiction and how it’s wider effect on families into the forefront. Seven years of involvement with one of her key charities, Action on Addiction, was a “catalyst” for her keen interest early childhood development, the royal mom has said. Kate, 37, is now sending out “a really important message that addiction is not something that should be hidden away behind closed doors,” says Graham Beech, chief executive of Action on Addiction. “The more people talk about it, the more they can find the help and get the treatment that they need.”

Kate has “helped us to bring addiction out of the shadows and encouraged other people to rally ’round and support what we’re trying to do at a time when addiction is becoming ever more complex and growing in volume,” he adds. Out and about as she meets people through the charity, she “has this almost innate ability to enable people to feel at ease,” Beech tells PEOPLE in this week’s cover story.

He joined the duchess as she met with around eight people who’d been through one of the charity’s treatment programs. “They talked to her very, very naturally,” he says. “And they were keen to share their stories. She made it very easy for them to do so and was very, very engaged in the conversation.”

For Phil Caine, a recovery coach from the Cumbria Drug and Alcohol Service who met Kate and husband Prince William in Keswick, northwest England, in June, that rings true. “I felt like I was speaking to somebody who had an equal understanding of what was going on,” he says. “She had empathy for the people and the situation. I felt that she was very present in that moment. That’s what I mean by presence. Not presence as in, ‘Wow, a princess is walking through.’ “

Describing Kate as “a pioneer,” he says, “For someone of such a high profile willing to look and evaluate a situation that society is struggling with and go into communities like ours brings it to the mainstream. It makes it real.” He praises the royals’ Heads Together (an initiative that was Kate’s idea) project for giving young people “a lot of hope. Their taking responsibility to teach people about mental health shows great promise. She’s definitely got a lot of drive and is definitely very informed about the issue.”

After meeting, the teens gave Kate and William a sneak peek of their latest short film, Boy. Within hours, the couple’s social media posted a link to it. “They’re obviously true to their word,” says Robinson. “They said they’d take a look and they obviously liked it so much that they posted it.”

A “pioneer” who is apparently the first person ever to be keen to listen to people talk about addiction… in 2019. Again, I want to be clear: it’s great that Kate cares. It’s great that she took on a trickier patronage. It’s great that Kate gives a sh-t about how addiction affects families. Her keenness is great. But people are literally trying to “embiggen” and canonize her because… she yacht-raced for an addiction patronage and she listened to some people. 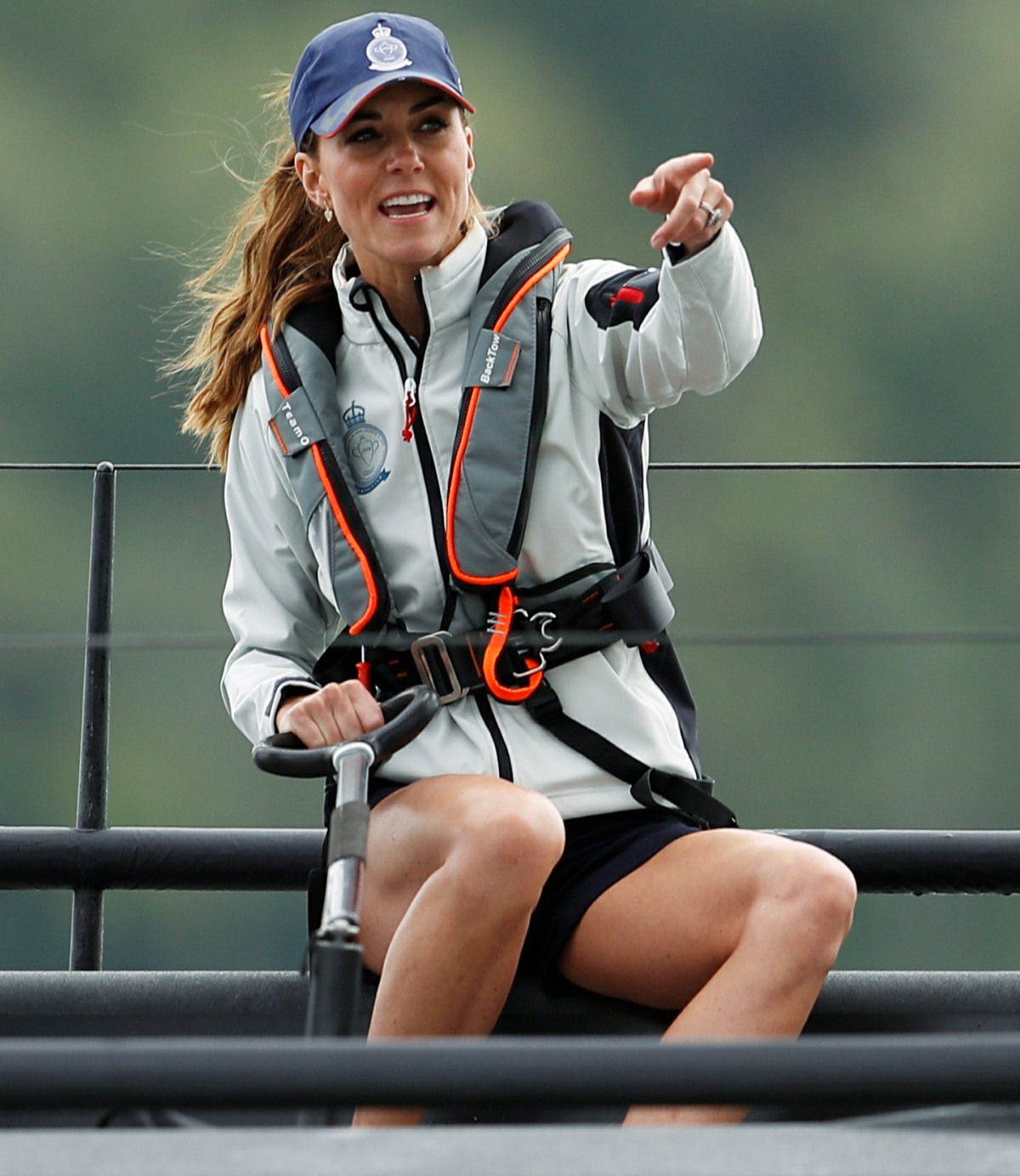 50 Responses to “People: Duchess Kate is a ‘pioneer’ for talking about addiction & mental health”