Hell yes, we should still talk about impeaching Brett Kavanaugh 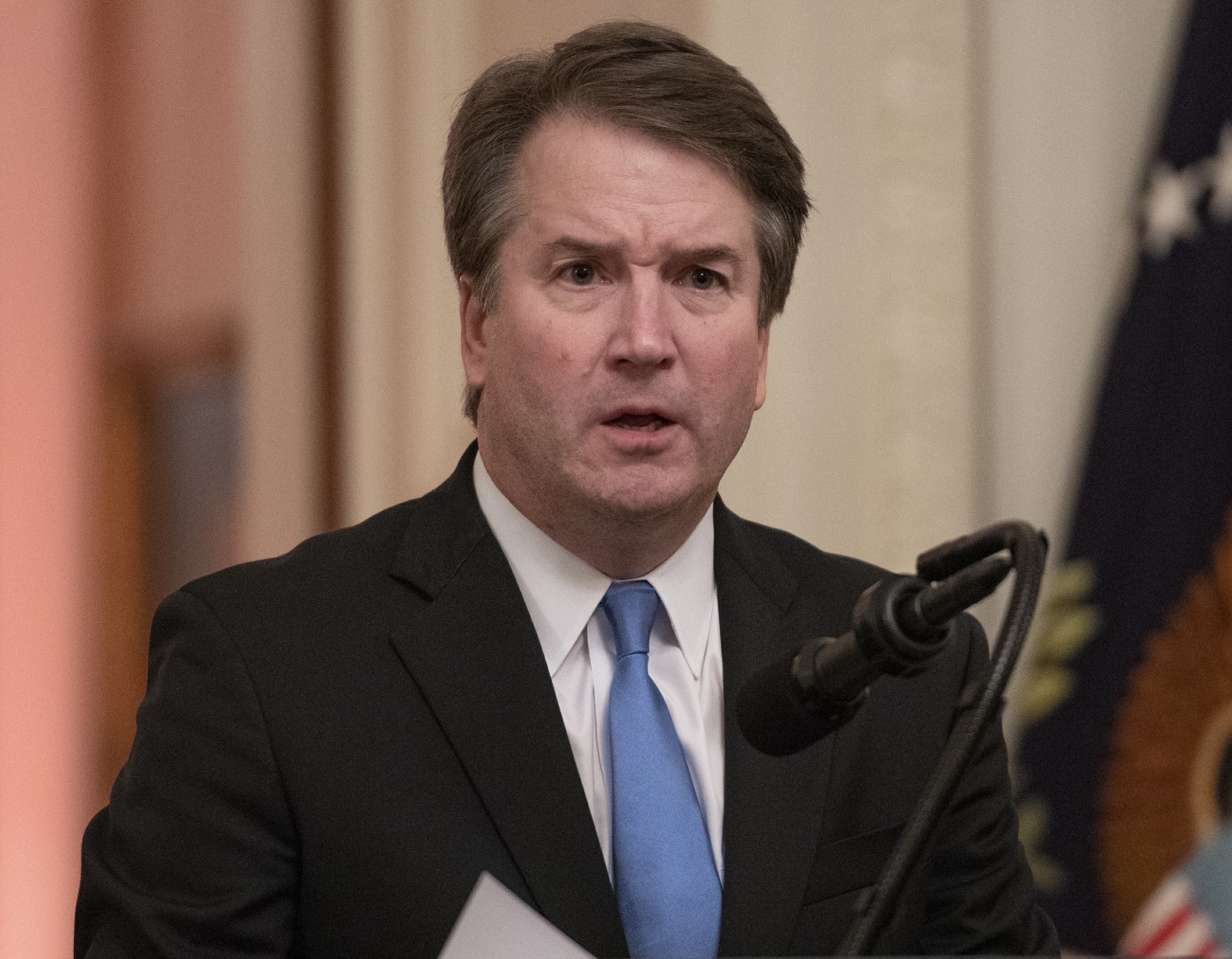 I didn’t get into it yesterday in the Brett Kavanaugh story, because I just wanted to talk about the NEWS. I wanted to talk about how there was a man who witnessed Kavanaugh assaulting another woman at Yale, and there were witnesses to Kavanaugh’s assault of Deborah Ramirez at Yale too. That was the news. But the NYT f–ked it up as always, because the old white dudes who run the Times can’t stop writing about how Nazis are quaint and how sexual assault is “harmless fun.” Vanity Fair did an interesting piece on the series of fumbles at the Times over their Kavanaugh reporting – go here to read. Meanwhile, everyone KNOWS that the FBI and Senate f–ked up the vetting on Kavanaugh and now a sexual predator is on the Supreme Court. And so of course we’re talking about impeachment. Maybe it’s a pipe dream, maybe it’s not. But we should have the f–king conversation. But not according to… Senate Democrats?

Senior Democrats are moving quickly to snuff out calls to impeach Brett Kavanaugh, arguing those tactics are unrealistic and politically harmful. Democrats are already wrestling with whether to try to oust President Donald Trump, and leadership sees little room for the party to take on a second divisive impeachment saga barely a year before the presidential election. So the demands by 2020 presidential contenders to remove the Supreme Court justice, on the heels of new reporting about allegations of sexual misconduct, are getting panned.

“Get real,” as Senate Minority Whip Dick Durbin (D-Ill.) put it Monday afternoon. “We’ve got to get beyond this ‘impeachment is the answer to every problem.’ It’s not realistic,” Durbin said. “If that’s how we are identified in Congress, as the impeachment Congress, we run the risk that people will feel we’re ignoring the issues that mean a lot to them as families.”

Except for Kavanaugh’s lone Democratic supporter, Sen. Joe Manchin of West Virginia, Democratic lawmakers were livid about reports that the FBI did not thoroughly investigate two allegations against Kavanaugh. Many called for new probes into the Department of Justice, some demanded the FBI take up the matter and others hoped the House Judiciary Committee would begin some sort of investigation. But the debate over impeachment may quickly come to a head.

Rep. Ayanna Pressley (D-Mass.) said she will file an impeachment resolution on Tuesday, arguing that “Kavanaugh’s confirmation process set a dangerous precedent. We must demand justice for survivors and hold Kavanaugh accountable for his actions.” The two-page resolution calls on the House Judiciary Committee to investigate whether Kavanaugh should be impeached, according to a draft obtained by POLITICO. The resolution grants the committee subpoena power in any impeachment inquiry of Kavanaugh. It’s going to land like a thud in the Capitol’s leadership suites and with much of the party.

“Mitch McConnell would block any impeachment. So that’s a moot point,” said Sen. Patrick Leahy (D-Vt.), a former Judiciary chairman. He said the lesson to be learned is not to rush lifetime confirmations: “Don’t ever let those mistakes happen again.” Until Democrats take back the Senate, however, there’s little they can do to halt McConnell on nominations.

“People will feel we’re ignoring the issues that mean a lot to them as families…” Yes, the issue of “a politically and financially compromised sexual predator is on the highest court in the land” is an issue that does NOT affect families, right? It’s not like SCOTUS is practically the only check on a fascist administration’s constant overreach. And you know what’s also an issue that affects families? The fact that half the population is totally fine with sexual assault and sexual harassment. As I said, maybe nothing will come of the “impeach Kavanaugh” talk. But it’s still important to have the f–king conversation.

“the *idea* of Kavanaugh is that he is a stand-in for conservative men, a blank slate upon which fears of liberal overreach ruining the lives & reputations of right-leaning heterosexual men can be projected…he’s your son, or your brother, or even you.” https://t.co/k0BGcAhYq6 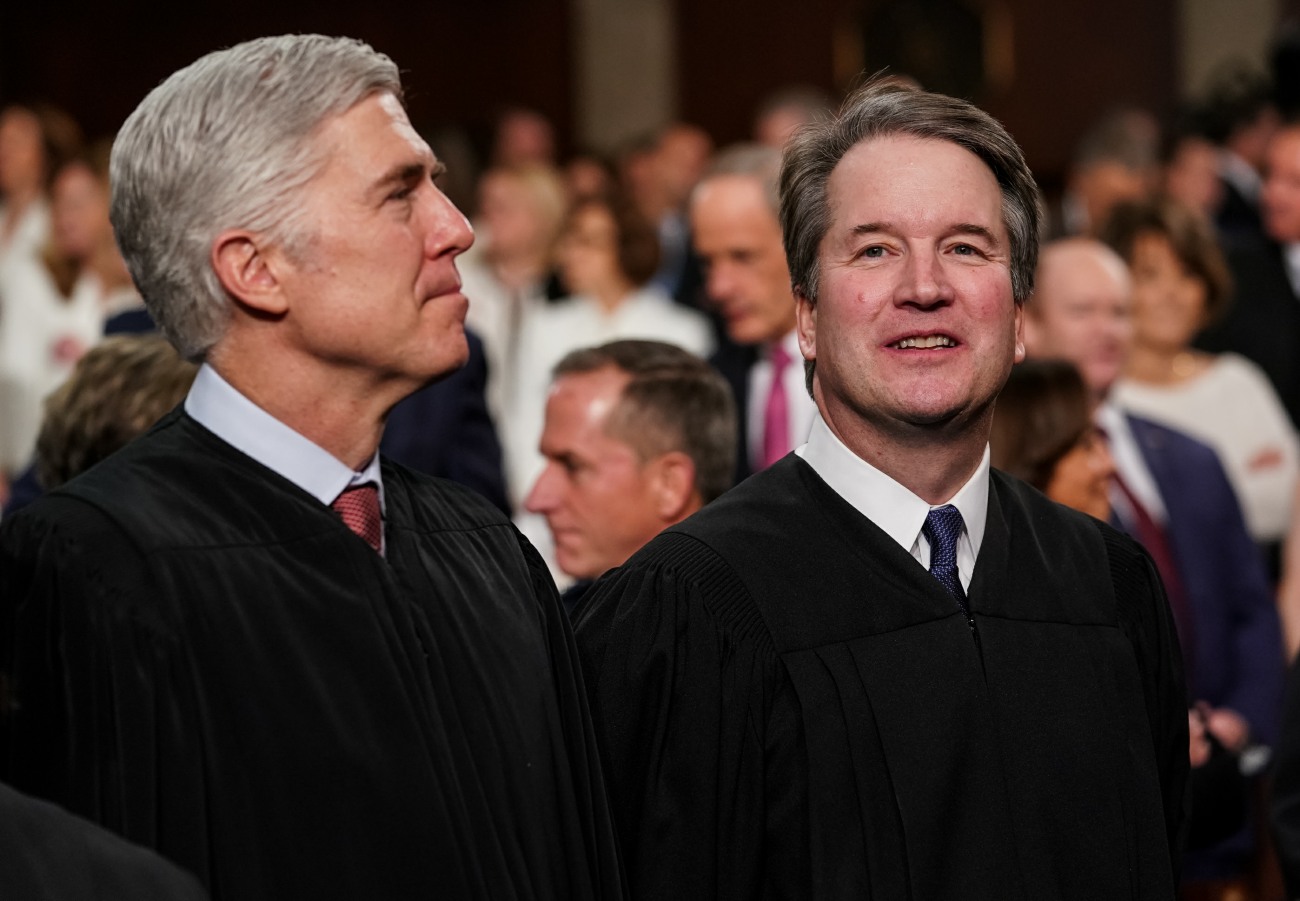 40 Responses to “Hell yes, we should still talk about impeaching Brett Kavanaugh”