Hillary Clinton is pro-impeachment: Trump is ‘a clear & present danger’ to America 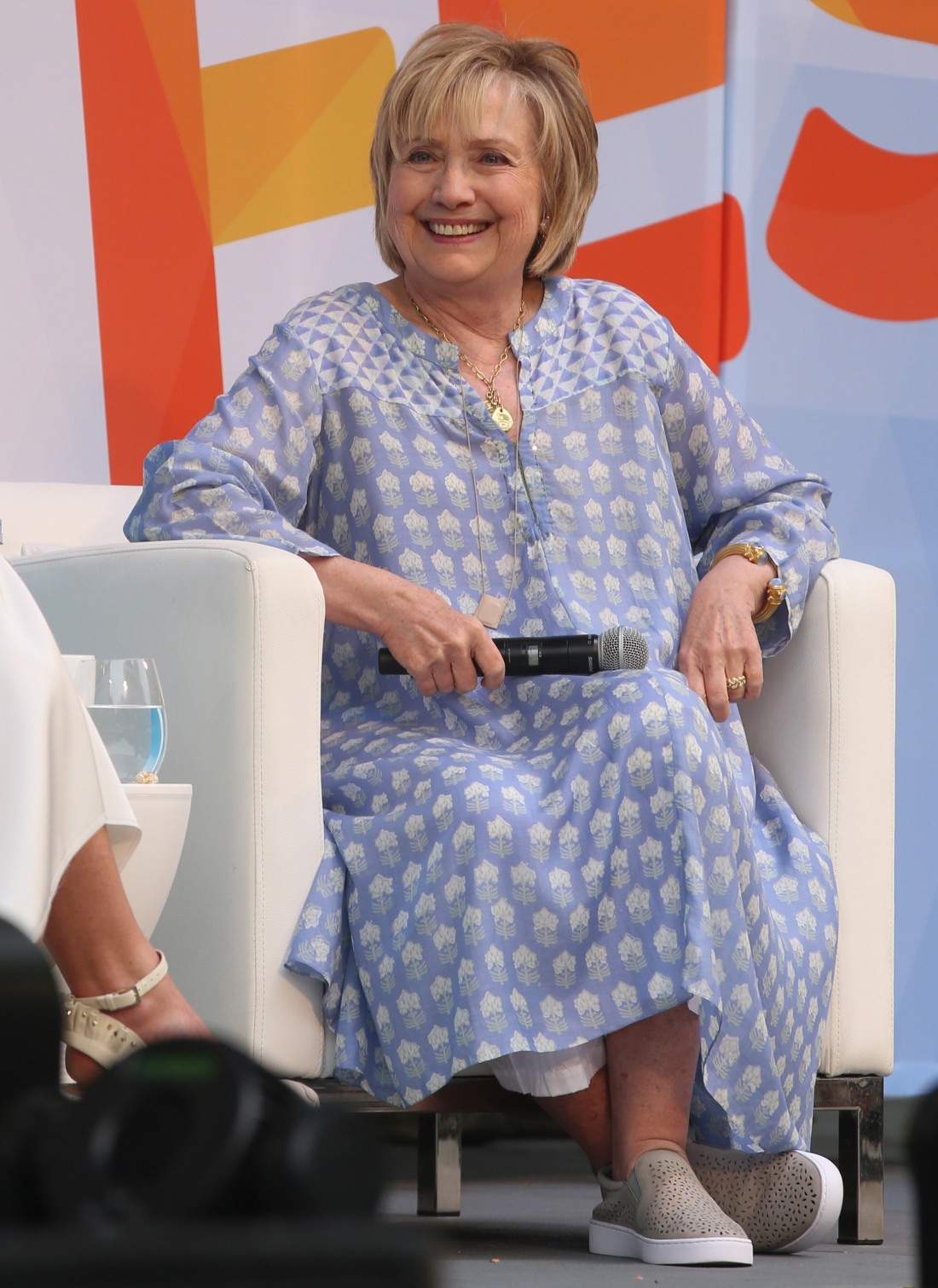 What are you guys going to wear to our Celebitchy Impeachment Party? I think I’ll wear my biggest cocktail rings, a velvet jacket and a scowl. Part of me can’t even believe that it’s really happening. I mean, it will probably move at a snail’s pace, but it’s actually a pleasant surprise. We might be doing this! Anyway, Hillary Clinton is on board too. Hillary has been somewhat choosey about where and when and how she speaks out against Trump since he stole the election. But Hillary has some thoughts today…

Hillary Clinton on Tuesday joined the rising chorus of Democrats calling for at least an impeachment investigation into President Donald Trump following reports that Trump pressured Ukraine’s government to look into unsubstantiated theories about the family of his leading 2020 challenger, former Vice President Joe Biden.

“We are in a crisis,” Clinton said. She told PEOPLE she was now supporting Trump’s impeachment. “I did not come to that decision easily or quickly, but this is an emergency as I see it. … This latest behavior around Ukraine, trying to enlist the president of Ukraine in a plot to undermine former Vice President Biden or lose the military aid he needs to defend against Trump’s friend Vladimir Putin — if that’s not an impeachable offense, I don’t know what is.”

Clinton was referring to additional reporting that Trump had stopped congressionally approved financial support for Ukraine, which is in a conflict with Russia, before he spoke with Ukraine’s president about Biden and Biden’s son Hunter. Trump has said the two were not related. He has denied wrongdoing, saying his call with Ukraine’s president was not improper, and he dismissed criticism that he used his power as president for blatant electioneering as a “witch hunt.” He instead accused Biden and Hunter of “corruption,” without further evidence.

Calling Trump a “a reckless, corrupt human tornado who cares only about himself,” Clinton told PEOPLE it is the constitutional duty of the House of Representatives to begin impeachment proceedings “not happily or with glee,” but in the interests of national security.

“The president of the United States is betraying our country on a daily basis,” she said, adding, “This man who is in the Oval Office right now is a clear and present danger to the future of the United States.” About Republicans, Clinton said, “They’ve got to put country before party and there is no substitute for a careful, thoughtful response.”

“We are in crisis” – yep. We’ve been in crisis since January 2017. Actually, we were in f–king crisis during the 2016 campaign too. “The president of the United States is betraying our country on a daily basis” - QUEEN. Thank you for saying it, Hillary. Thank you for saying all of it. It will be interesting to see if Barack Obama says anything, don’t you think? I bet Obama will not. I could be wrong.

Please wear caftans and sensible shoes to the Impeachment Party. 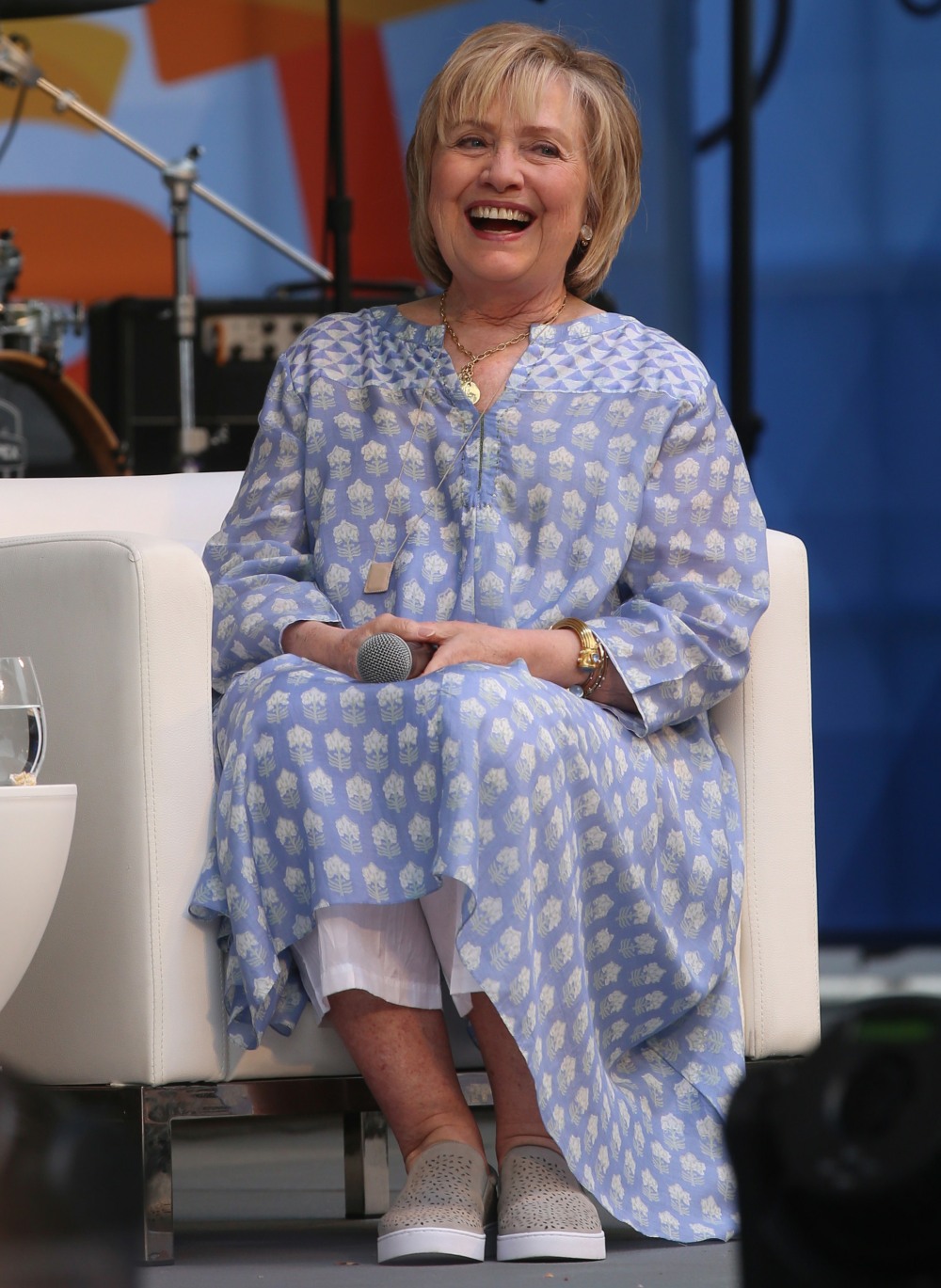 27 Responses to “Hillary Clinton is pro-impeachment: Trump is ‘a clear & present danger’ to America”