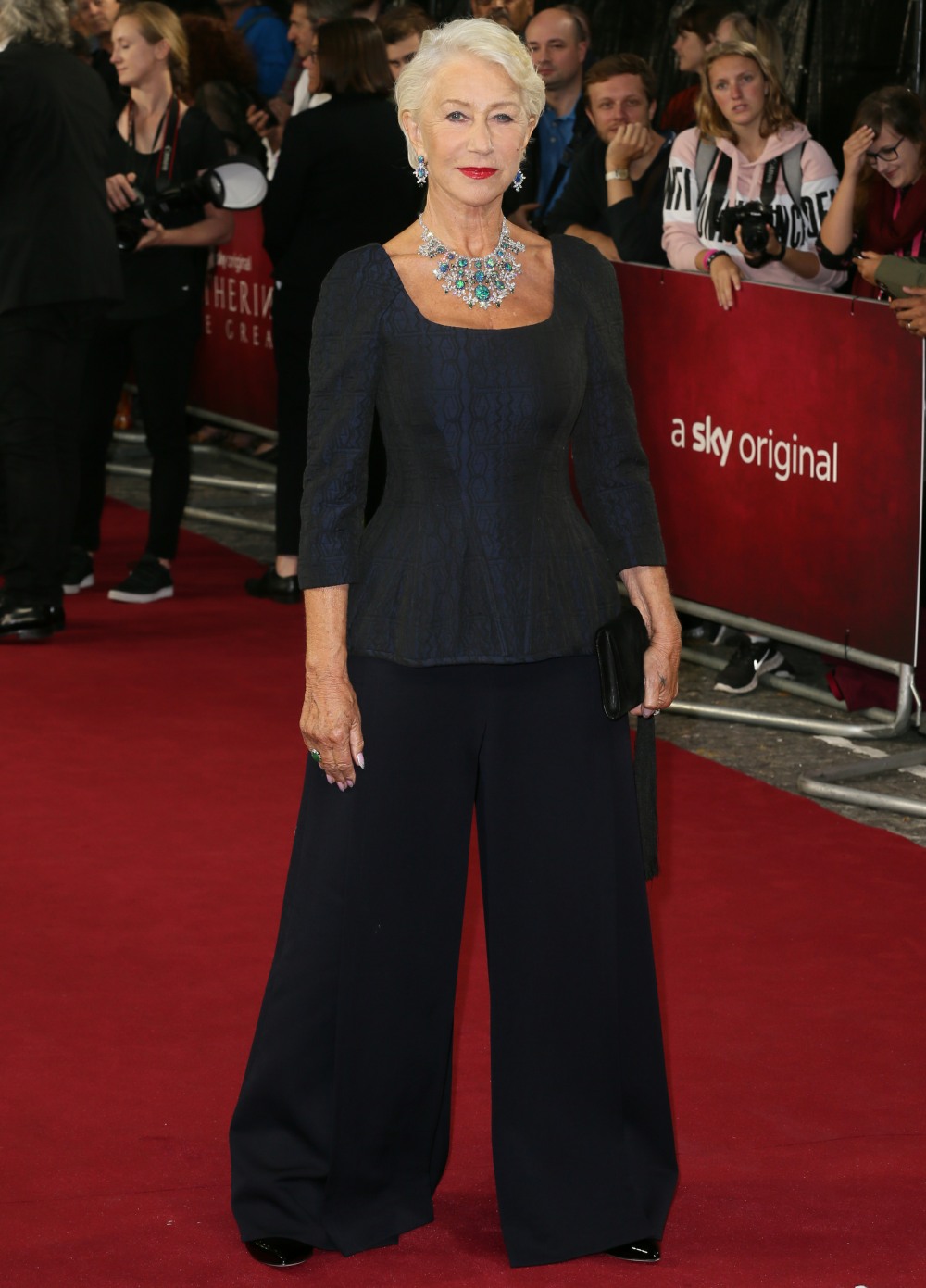 Helen Mirren is currently promoting her Sky/HBO miniseries, Catherine the Great. Dame Helen is a queen, so of course she gets to play all of the queens. These are photos from the London premiere event, where Helen was carried to the carpet by 18th-century-style minions. She wore a Chalayan pantsuit ensemble which looks amazing. She also wore some of the best jewelry p0rn I’ve ever seen in my life: LOOK AT THAT NECKLACE. Gorgeous. As I get older, I’ve really started to feel like those kinds of huge pieces should be worn exclusively by women older than 40, and probably older than 50. You need age and wisdom to pull off giant necklaces. Helen recently spoke to the Sun about playing Empress Catherine, and she has a lot to say:

The horse rumor for Catherine the Great: “It’s appalling, the way history treats successful, powerful women. It has to pull them down. Her unbelievable achievements were very successful, obfuscated by history. I have feminist friends who say, ‘Oh, what are you going to do about the horse?’, which of course is a complete lie, a classic way of belittling her. She was in fact a serial monogamist.”

Helen sees misogyny in the way Catherine is still portrayed: “You look at the way Louis XIV or Henry VIII behaved — their behaviour was completely acceptable, whereas Catherine had a series of four or five relationships, which in any modern woman’s life is not that many. She certainly was never the sort of mad sexual voracious creature that history has made her out to be.”

Catherine had a liberated sexuality in a pre-Victorian era: “Catherine was completely open, there was no shame about it. I could not get my head around that, growing up with a post-Edwardian, post-Second World War, Protestant attitude towards sexuality — and having played Elizabeth I, about whom even the slightest whiff of a sexual relationship would have been the end of her. I found it extraordinary, but the attitudes towards sex in the 18th century were, in many ways, far more liberated even than they are now. I think we’re still coming out of the Victorian age, in a way. Although the younger generation have a very different attitude compared to the world I grew up in. Female sexuality is far more accepted now. That has its drawbacks but in general I absolutely applaud that, I love it.”

For British people, the Victorian era really did a number on them. For us here in America, the Puritan strain has been screwing us up for centuries. Even today, in 2019, we are still dealing with Puritanical strains in almost every facet of American life. As for what Helen says about Catherine’s political enemies making up sh-t about her sex life to smear her… yep. I can believe that. I always halfway believed the horse story though, so my bad. 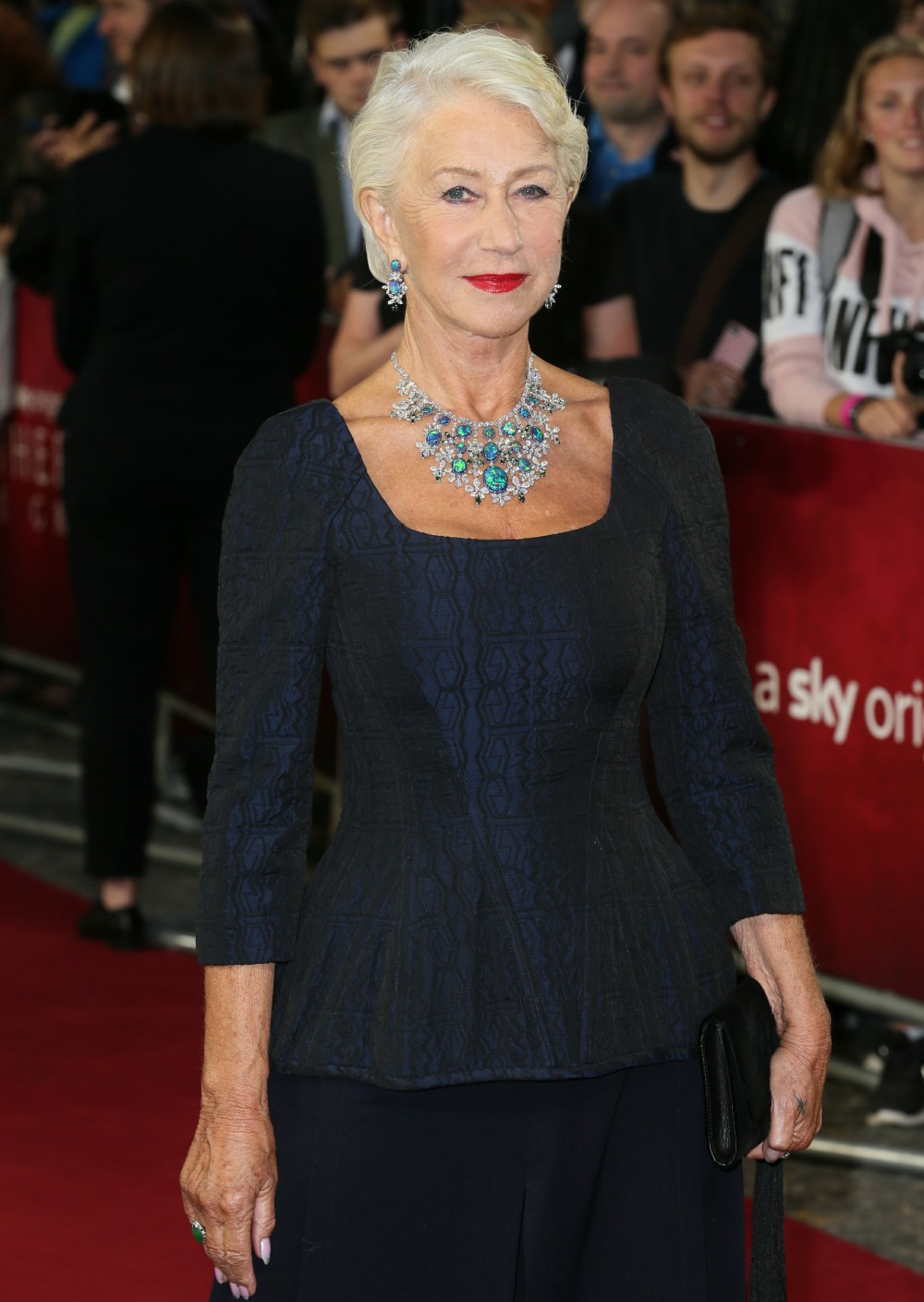 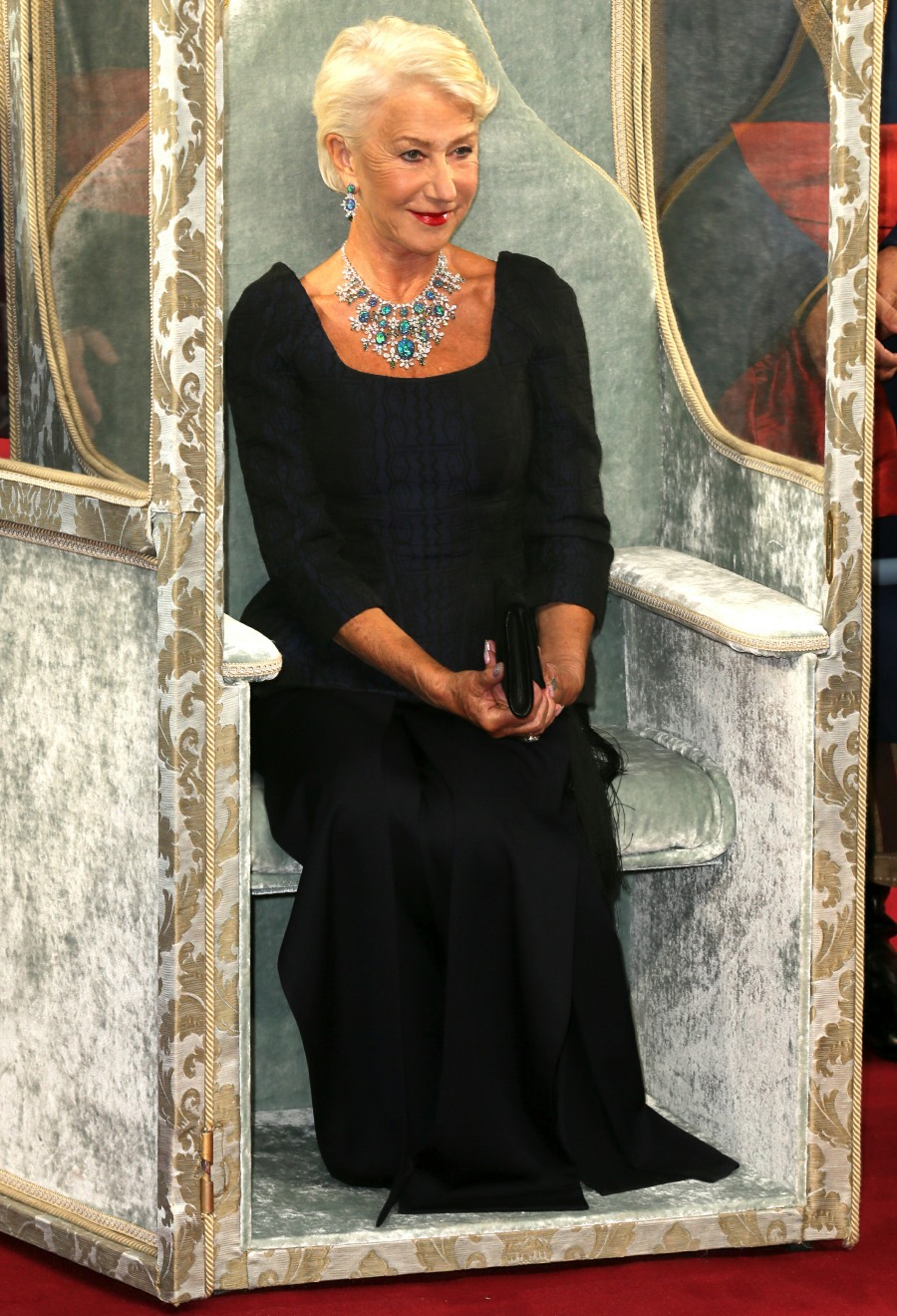