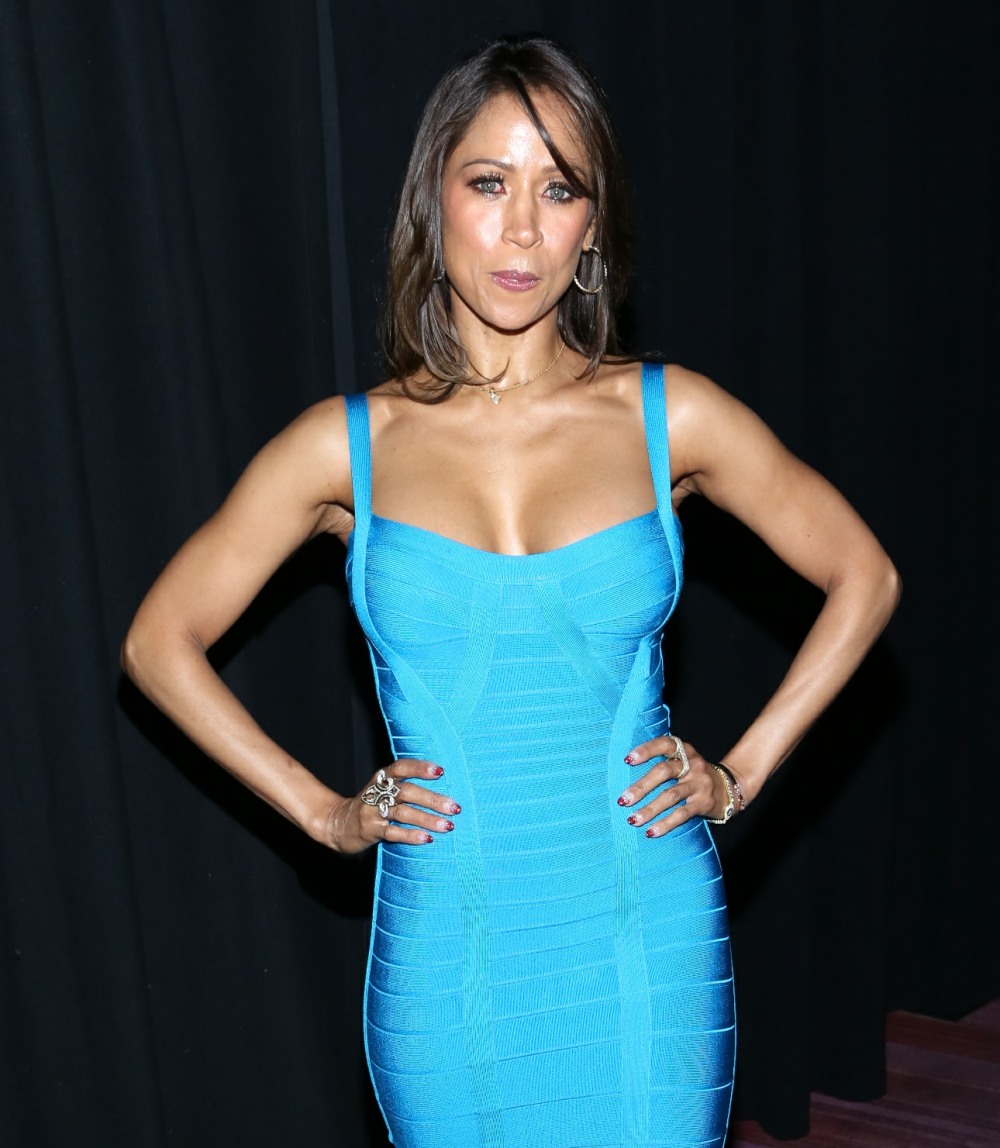 The last time we discussed Stacey Dash, it was because she married some guy after only knowing him 10 days. The guy’s name is Jeffrey Marty, and they got married last year. It is her fourth marriage. Apparently, she’s still with Marty and they live together in Pasco County, Florida. Over the weekend, Dash called 911 and told them that Marty assaulted her. The cops came and found marks on Marty, and so… Stacey Dash got arrested for domestic violence.

Stacey Dash was arrested for domestic violence in Florida over the weekend … TMZ has learned. Law enforcement sources tell us the “Clueless” actor was busted Sunday in Pasco County — where she owns a home — after getting into a squabble with her new husband, Jeffrey Marty, and allegedly putting hands on him. We’re told cops were called to a home around 7:45 PM to respond to a domestic dispute between Stacey and Jeff. Our sources say Stacey allegedly pushed and slapped him and that’s when officers arrived … they saw scratches on his left arm.

Stacey was taken into custody, where she’s currently being held on $500 bail. We’re also told in these types of incidents, the local authorities often hold people for a 24-hour cooling-off period. The couple just got hitched last spring in a secret wedding ceremony down in the Sunshine State. Not much is known about her hubby of 1 year, other than the fact that he’s a lawyer. It’s Stacey’s fourth marriage.

A source close to Dash tells TMZ she acted in self-defense. The source claims Stacey’s husband attacked first, attempting to choke Stacey and she defended herself … which resulted in him getting scratches on his arms. We’re told Stacey is the one who called 911, and she was arrested because she didn’t have any marks on her but her husband did.

I’m including the 911 call below, where you can hear Stacey tell the operator that Marty’s daughter (who is 15 years old) got in her face and Stacey pushed her away, and that’s when Marty put her in a chokehold (or so Dash alleges). The arrest video has also been released – Dash seems calm and sad in that.

Hours after the arrest was reported, Dash’s manager released a statement: “Stacey actually called the police because she was attacked by her husband. He choked her and she was defending herself. When the police arrived, they couldn’t see any physical marks on her, but they did see them on him.” Then he says that the marks on Dash’s neck were visible during a medical evaluation. But Dash seemingly released a statement later saying that her husband didn’t press charges and she was released from the jail in about 24 hours, and her husband took her back home. Now Dash or her people say this:

“The marital dispute, while personal and unfortunate, has since been blown out of proportion. An earlier report on TMZ.com said her manager told TMZ that she was attacked by her husband — both the sources relationship to Ms. Dash and the events of the evening were misrepresented. Ms. Dash is a domestic abuse survivor from a previous relationship and has championed for other abuse victims to speak up. The untruthfulness being reported saddens Ms. Dash and her family — no further comments will be made and we ask that Ms. Dash and her family’s privacy will be respected.”

Dash literally told the 911 operator that he put her in a chokehold, and she seemed like she was in a bad place during her arrest. I absolutely hate the fact that a woman can call 911 to report abuse and she’s the one who ends up getting arrested. I don’t care about Stacey Dash as a person, but this is just a sad story and I hope she finds a way out. 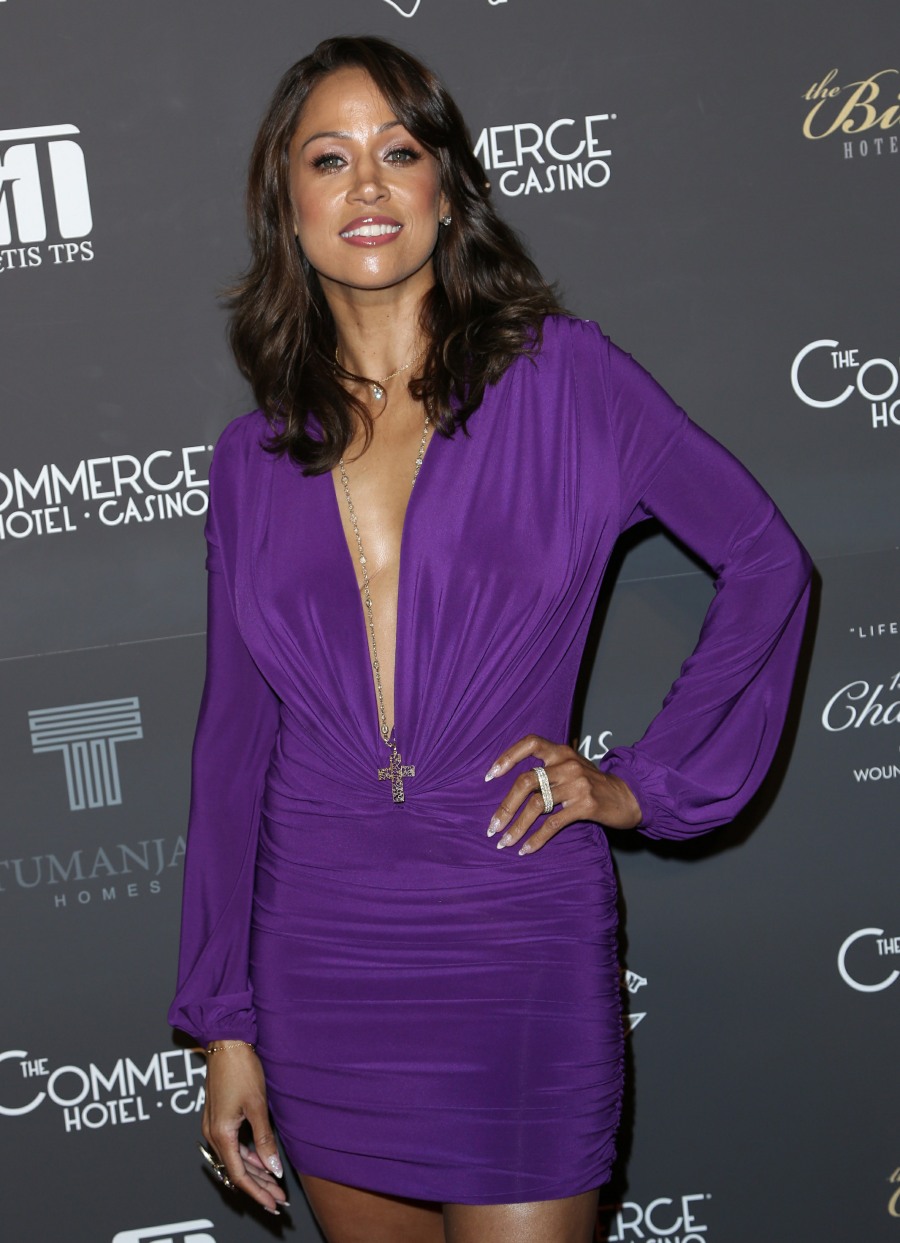