Jennifer Garner says Halloween gets harder as her kids get older, reject her ideas

The photo above is of Jennifer Garner attending the Centennial Celebration of Save the Children on Wednesday. Jennifer, who has been heavily involved with the organization for the last 11 years, wore a cute strapless jumpsuit (sorry, no id yet) with strappy heels. I really like the look although I think the bow detracts from her diamond collar, which is unfortunate because that necklace is stunning. Since it is October, Denny Directo from ET couldn’t help but get a Halloween question in there. He asked Jennifer about what it was like at her house, specifically was it harder to influence her kids in their costume choices.

Jennifer Garner is looking forward to spending Halloween with her adorable kids, even though she says the holiday gets more difficult as her children grow up.

The actress walked the red carpet at Save The Children’s star-studded “Centennial Celebration” gala at the The Beverly Hilton Hotel on Wednesday, and she opened up to ET’s Denny Directo about how her three kids aren’t as easy to convince when it comes to donning family costumes for the holiday.

“It definitely gets harder,” said Garner — who is the mother of two daughters, 13-year-old Violet and 10-year-old Seraphina, and 7-year-old son, whom she shares with her ex-husband, Ben Affleck.

“I mean, I remember one year when I talked both my girls into dressing up as pigs, and they were so cute!” Garner recalled. “And now they would be like, ‘No, mom, ohmygosh, no!’”

“So yeah, it’s harder. But they’re gonna be cute, whatever they are,” she added.

Without knowing them personally, I am absolutely sure her 10 and 13-year-old daughters would emphatically object to being dressed as pigs this year. Honestly, between finding a theme that everyone in the family can agree on and refereeing disputes over who gets to be what, group dressing gets tough after a while. Jen should encourage their individuality to make it easier on herself. What’s really tough is the kids want to be current pop culture references and I have no idea what they are. However, even though parents may not get a say in their kids costumes, the kids are more likely to help put it together so it’s ultimately a win. Jen’s kids are adorable in general so like she said, they’ll be cute no matter what they choose. And I’m sure as long as they let her dress up too, she doesn’t really care what they choose to be.

Since we’re on the subject of Halloween anyway (look, you knew that’s where I was going this whole post), what is everyone’s plan this year? We no longer do themed costumes, but we do agree on the house’s theme. This year our theme will be The Dolls’ House, which was my son’s idea. I’ve mentioned I have a haunted doll before, well, she’s going to reside over a whole house of creepy dolls. I’ve been amassing various moppets from thrift shops and dollar stores. If the FBI saw my garage with all these dollies piled atop each other right now, I’d probably end up on a couple of watchlists. So if dolls creep you out, you might want to steer clear of my Instagram after this weekend, because *switches a creepy child’s voice* they’re dying to play with you. 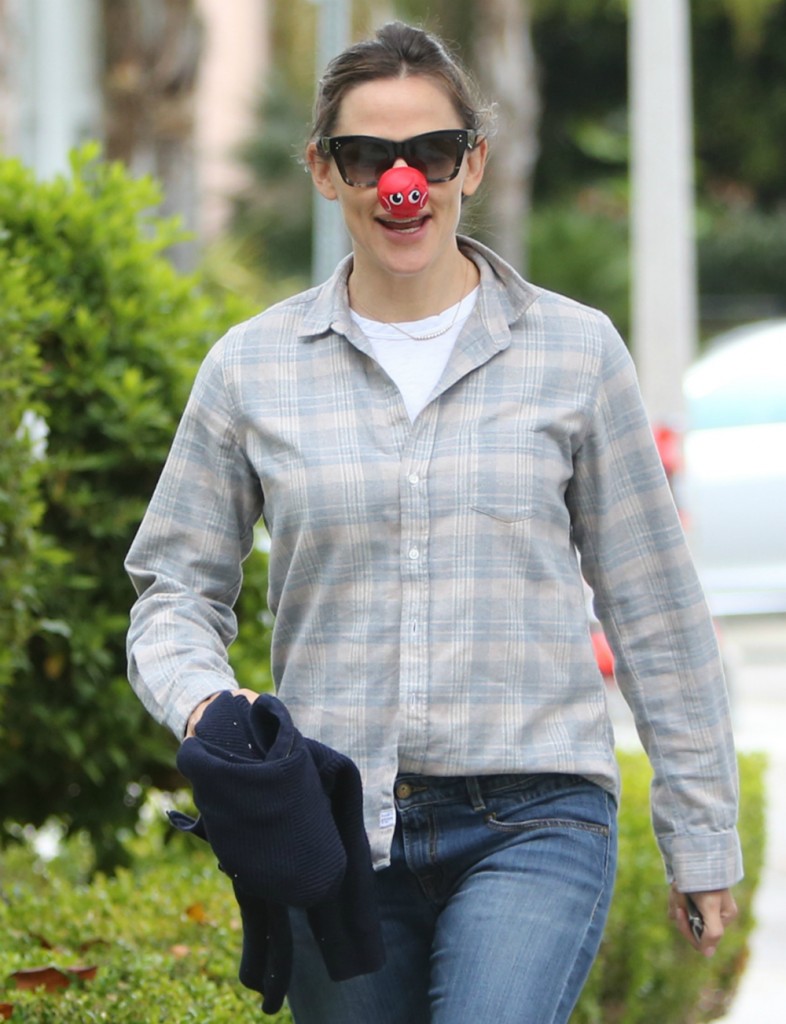 15 Responses to “Jennifer Garner says Halloween gets harder as her kids get older, reject her ideas”