Tiffani Thiessen didn’t know about the Saved By The Bell reboot, prefers originals 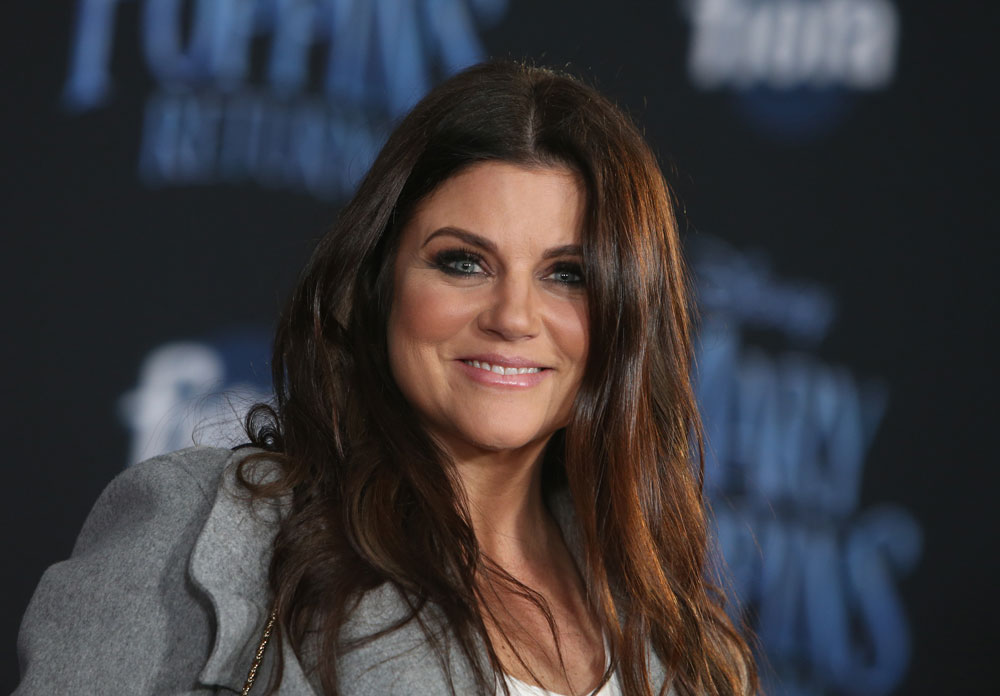 When I wrote about NBC’s reboot of Saved By the Bell, I’d said that it sounded odd to build a story around Zack if Mark-Paul Gosselaar wasn’t definitely in talks to be involved. It turns out that Mark-Paul didn’t even know about the reboot. Neither did Tiffani Thiessen. She spoke to Us about being taken by surprise:

The Beverly Hills, 90210 alum, 45, told Us Weekly exclusively on Wednesday, October 2, that she and her former Saved by the Bell costar, also 45, were unaware that a remake of the ‘90s sitcom was in the works before NBC officially announced the reboot in September.

“I don’t know anything about it,” she said. “Literally, Mark-Paul and I were like, ‘Oh, wow! I didn’t know that was happening.’ But it seems like everyone is doing a reboot, these days. It’s, like, popular, I guess.”

Though the Pull Up a Chair author isn’t opposed to reboots of TV shows, she admits that she prefers the classics.

“I’m a girl that likes the originals. But that’s me, though. I’m nostalgic that way,” she said. “But I’m sure people are going to be excited about it. It seems almost popular to redo a show.”

Fans hoping for cameos from Mr. and Mrs. Morris are out of luck: Tiffani also says that the two are unlikely to cameo because of their other current TV projects: “Mark-Paul and I both have different shows. We’re not a part of it. It has nothing to do with us.”

Tiffani seemed to be thrown by the news of the reboot, and she’s trying to walk the line between being as upfront as possible about not being involved with it while not saying anything that could potentially annoy fans. So, she points out that her schedule is the main reason that she’s not going to be involved. She never says that she wishes she could make it work, though. It’s fine if she doesn’t want to participate, but she’s going to be asked about it in interviews for the foreseeable future, especially if the show gets off the ground, so I hope she eventually says something that sounds slightly more polished.

For some reason, this interview bothered me more than it should have, but I think it’s because Tiffani hasn’t figured out her talking points, and so tripped over herself. It’s easy enough to say that she didn’t know about the show, and she isn’t going to be involved because her schedule makes it impossible. Instead, she throws shade at the people who make reboots and the people who enjoy them: “‘it seems like everyone is doing a reboot these days. It’s, like, popular, I guess.’” Then she backtracks a bit and says, “It seems almost popular to redo a show.” Which is it? Actually popular, or seemingly popular? Obviously it’s popular to make reboots or we wouldn’t have so many. I still think the premise of this reboot is odd, and stranger still that it would be hypothetically tied to a cast member who didn’t even know that the show was happening. Somebody at NBC dropped that ball, which annoys me because it is lazy and short-sighted and seems like something one would know not to mess up: “Make sure actor who portrays central character is on board!” I’m so curious now to see whether this is actually going to go forward or not.

15 Responses to “Tiffani Thiessen didn’t know about the Saved By The Bell reboot, prefers originals”