Did Prince Harry ‘snap’ at a Sky reporter? (update: Harry is suing the Mirror & The Sun) 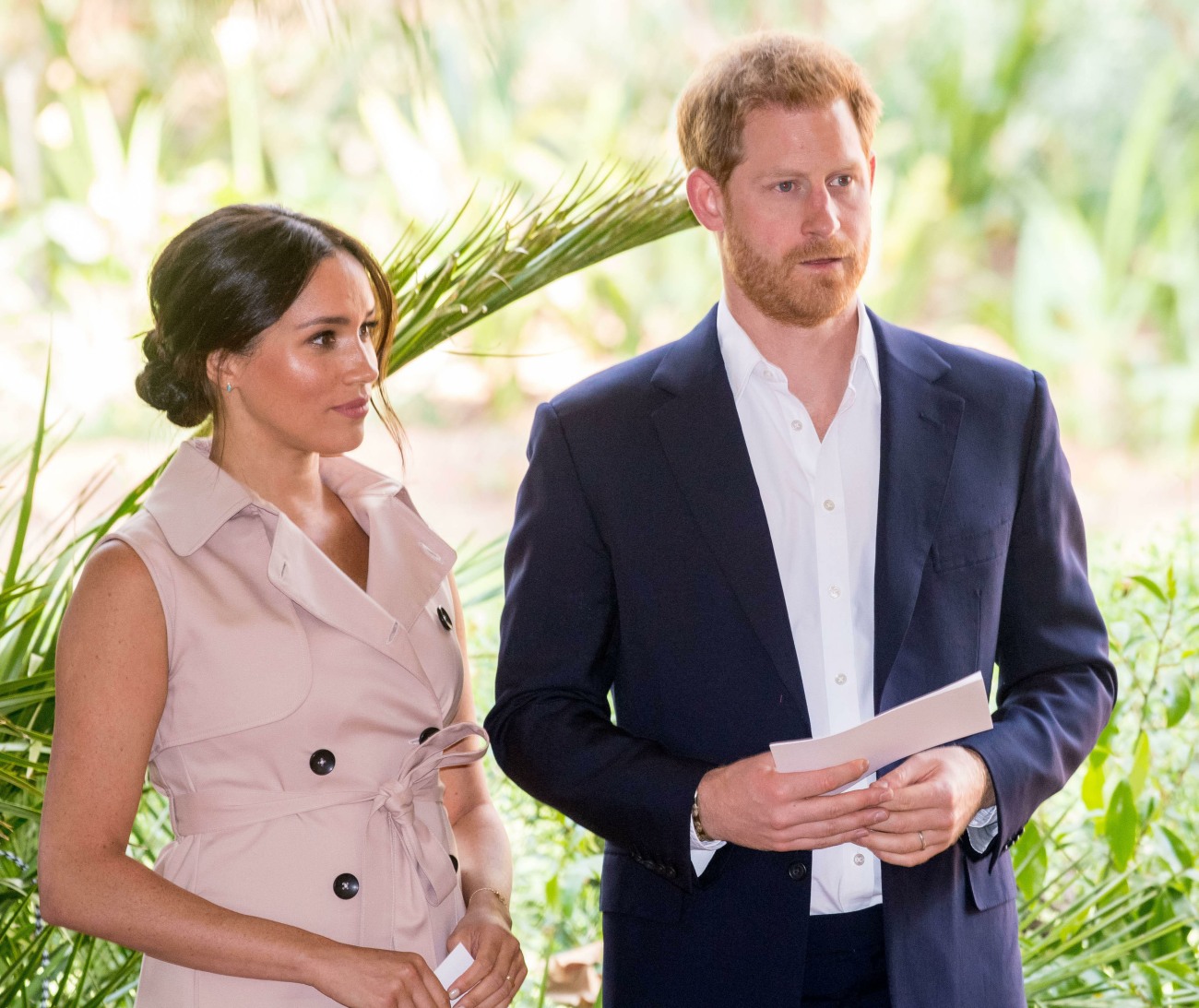 One of the funniest things about the Duchess of Sussex’s lawsuit against the Mail on Sunday and Prince Harry’s amazing statement defending his wife was the fact that it came towards the end of what had been a very good tour as far as royal-press relations. Harry and Meghan were both making speeches nearly every day, and offering up impromptu public statements and mini-interviews on-camera. They spoke to a lot of people who were then free to speak to the press. Harry and Meghan weren’t hiding away and demanding that the press have zero access while on tour, unlike some royals (cough). But just hours before Harry’s statement came out and the lawsuit was announced, Harry did have a moment with a Sky News reporter in Malawi. Harry stopped by the Mauwa Health Centre for less than an hour, and as he was leaving, Rhiannon Mills shouted some questions to him from the press pack:

Mills asked him, “That short conversation, what do you hope to achieve through it?” I’m not entirely sure he heard the first (snippy) part of the question, but he responded with: “What? Ask them.” Then Mills asked, “Is that why it’s important for you to come and talk to them?” Harry looked exasperated with her, and he said rather patronizingly, “Rhiannon, don’t behave like this.” My opinion: they both kind of acted like dicks? But I also don’t consider this “snapping” on Harry’s part. It’s more like “you know the tour rules, don’t do this.”

Just after the lawsuit & statement came out, Katie Nicholl wrote a piece for Vanity Fair about it. She lost the thread of it pretty quickly when she couldn’t even use her words to call the press treatment of Meghan “racist.” Instead, Nicholl wrote: “The negative coverage, often with what some have called racially charged undertones, began even before Meghan Markle’s relationship with Prince Harry became public…” And yes, those damn racially charged undertones. White people will tie themselves in linguistic knots just to avoid saying that some sh-t is flat-out racist.

Anyway, you can read Nicholl’s piece here – she was on the African tour, so it’s basically a piece about how all the reporters on the tour were super-mad at the Sussexes for… you know, calling them out on their racist bulls–t and hypocrisy. There’s a lot of hand-wringing over the fact that Harry and Meghan stepped on their own good newscycle because the tour was going well and the press was so positive. Yeah, and as I said… the press was crazy positive after the South Pacific tour last year. And after that, there were months of nasty smears and negativity, all gleefully reported by all of these outlets. It just feels like the press is mad at the Sussexes for proactively getting ahead of the planned post-tour smear campaign.

Update: And now Prince Harry is separately suing the Daily Mirror and The Sun.

The Duke of Sussex has begun legal action against the owners of the Sun, the defunct News of the World, and the Daily Mirror, in relation to alleged phone-hacking. Documents have been filed on behalf of Prince Harry over the alleged illegal interception of voicemail messages, Buckingham Palace has confirmed. His wife Meghan this week began legal action against the Mail on Sunday.

The BBC has not yet established when the duke’s allegations date from. However, Jonny Dymond, the BBC’s royal correspondent, says: “The presumption is this goes back to the phone-hacking scandal of the early 2000s.” A spokeswoman for News Group Newspapers (NGN) – the publishers of the Sun and the News of The World – said: “We confirm that a claim has been issued by the Duke of Sussex.

Damn… this is BIG. We’ll have more on Sunday and throughout next week. 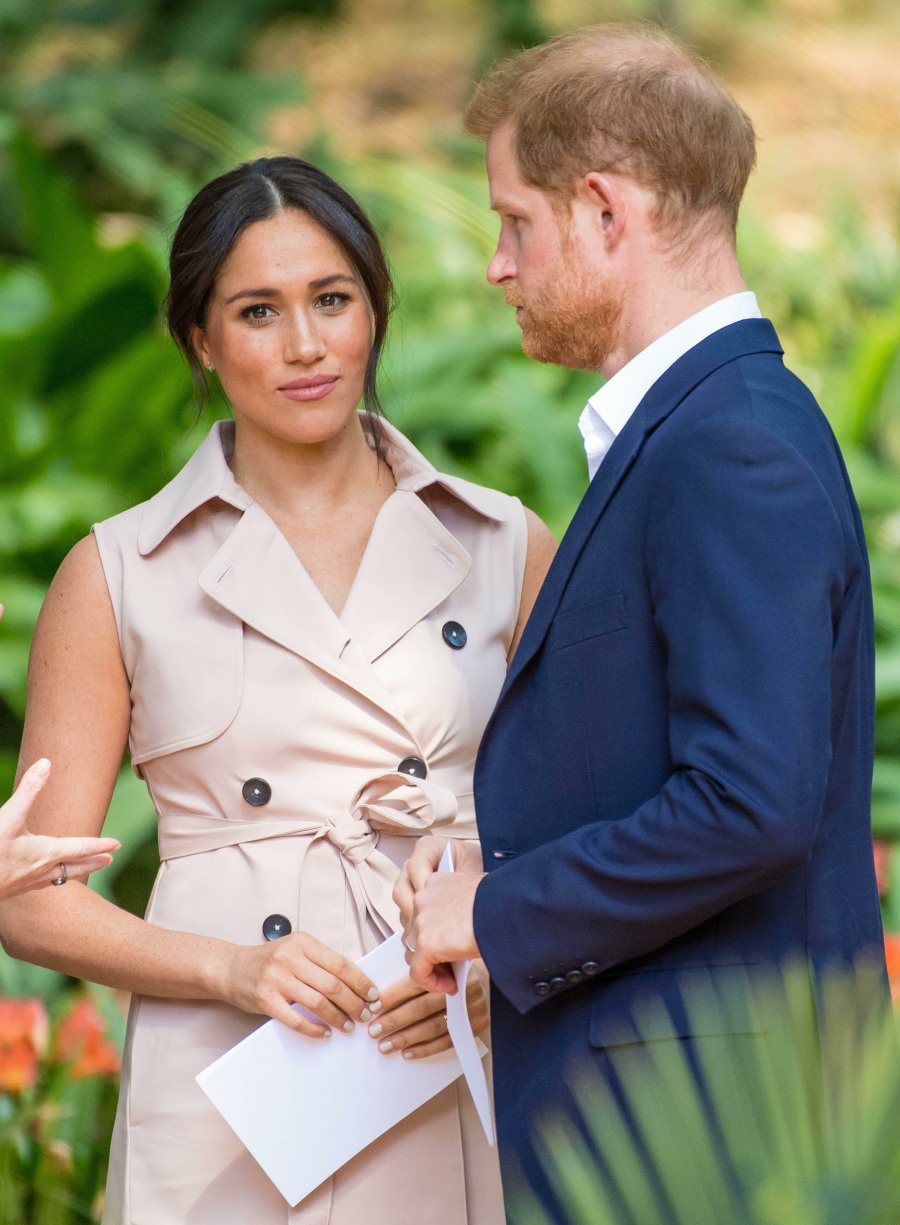 168 Responses to “Did Prince Harry ‘snap’ at a Sky reporter? (update: Harry is suing the Mirror & The Sun)”