Scarlett Johansson in Miu Miu at the ‘Jojo Rabbit’ premiere: cute or nah? 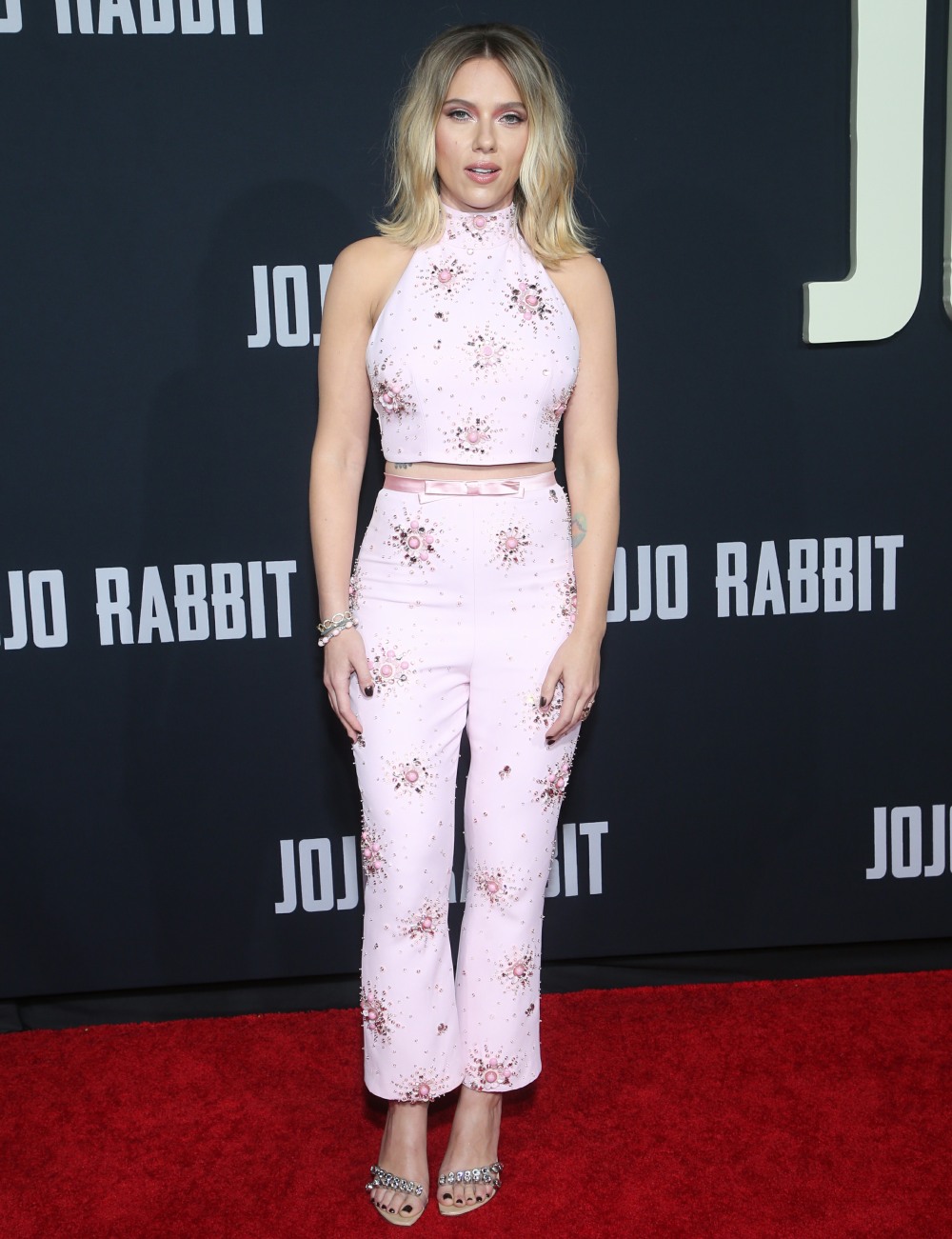 Here are photos from last night’s premiere of Jojo Rabbit, Taika Waititi’s latest movie. The film was extremely well-received at TIFF, which means there might be low-key Oscar buzz for this. Personally, I think that Scarlett Johansson’s turn in Marriage Story will be the role which gets her an Oscar nomination (it would be her first), but you never know. In any case, ScarJo seems proud of this film and proud to support Waititi.

Scarlett wore a MiuMiu ensemble – matching pants and top in a pink mini-floral. It’s actually really cute? I’ll say something nice about her styling too: this is the best her hair has looked in years, and her makeup here is very fresh and pretty. Something not so nice: photographers got a clear shot of her engagement ring and my God, I’m still shocked at how fug it is. It’s a brown oval-pear diamond with a black band and WOW. Yikes. 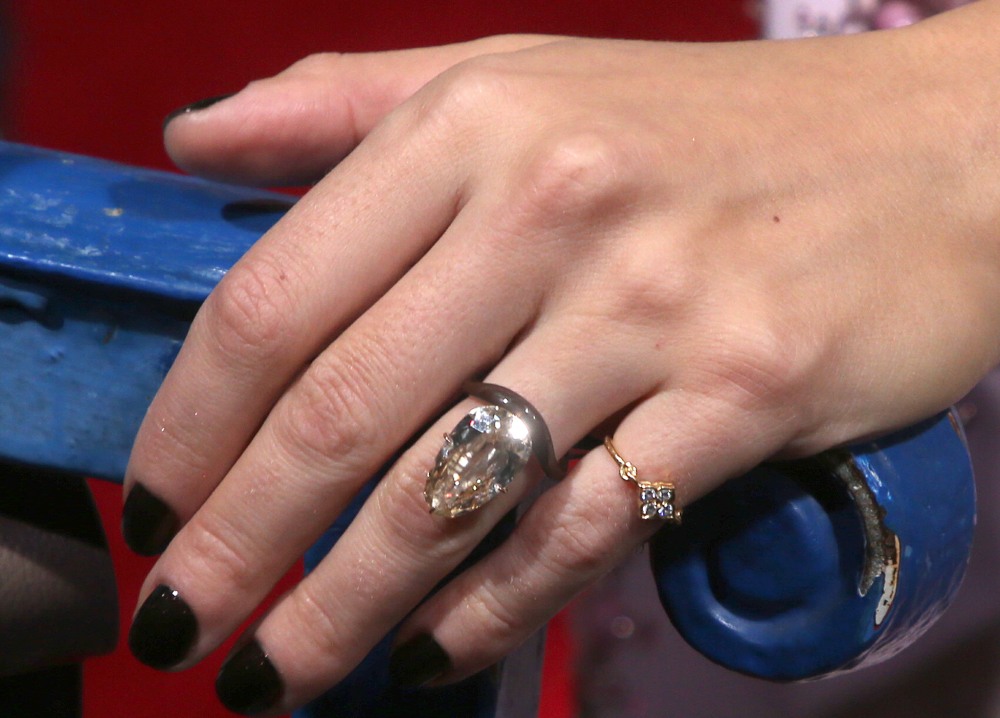 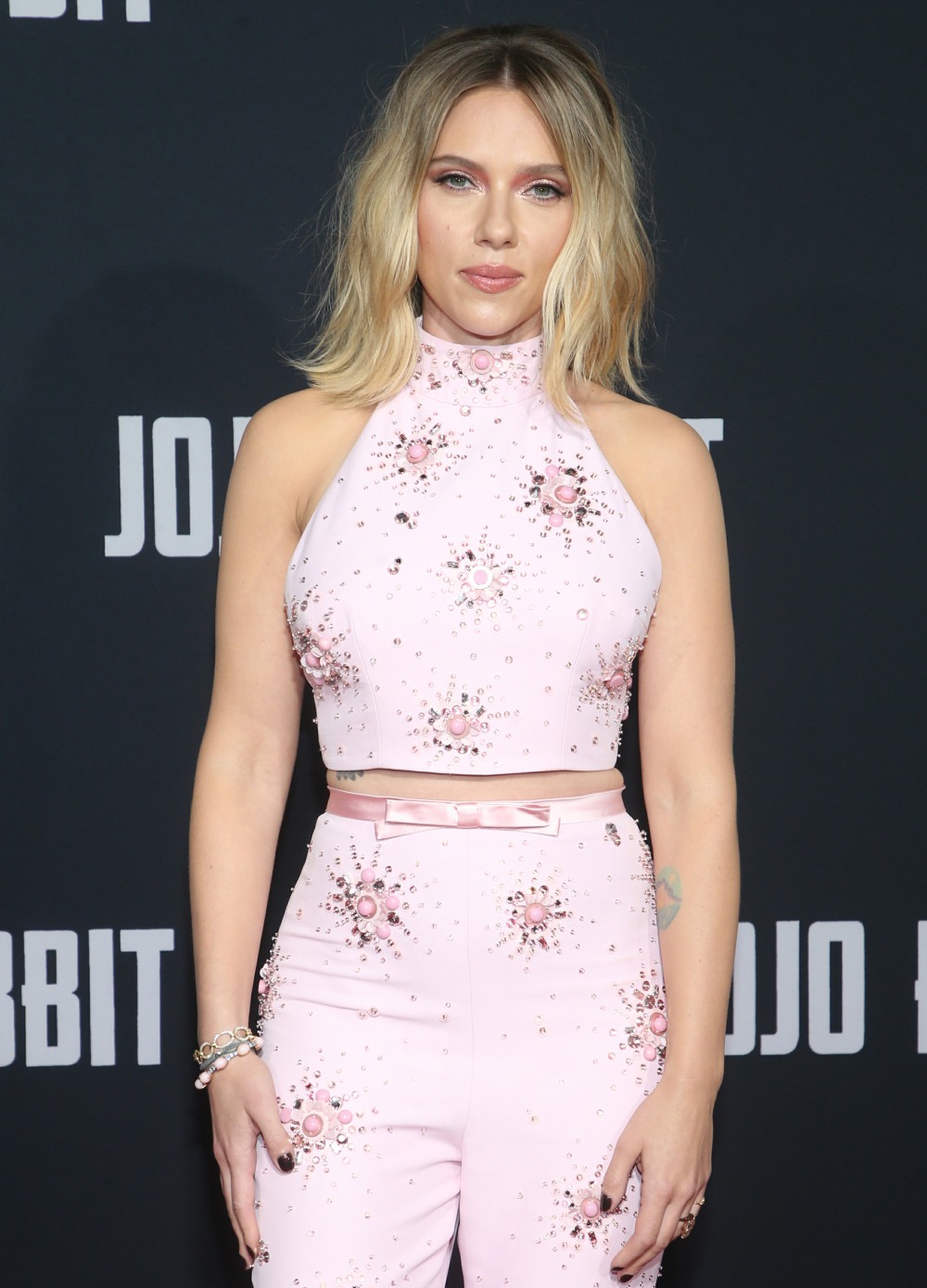 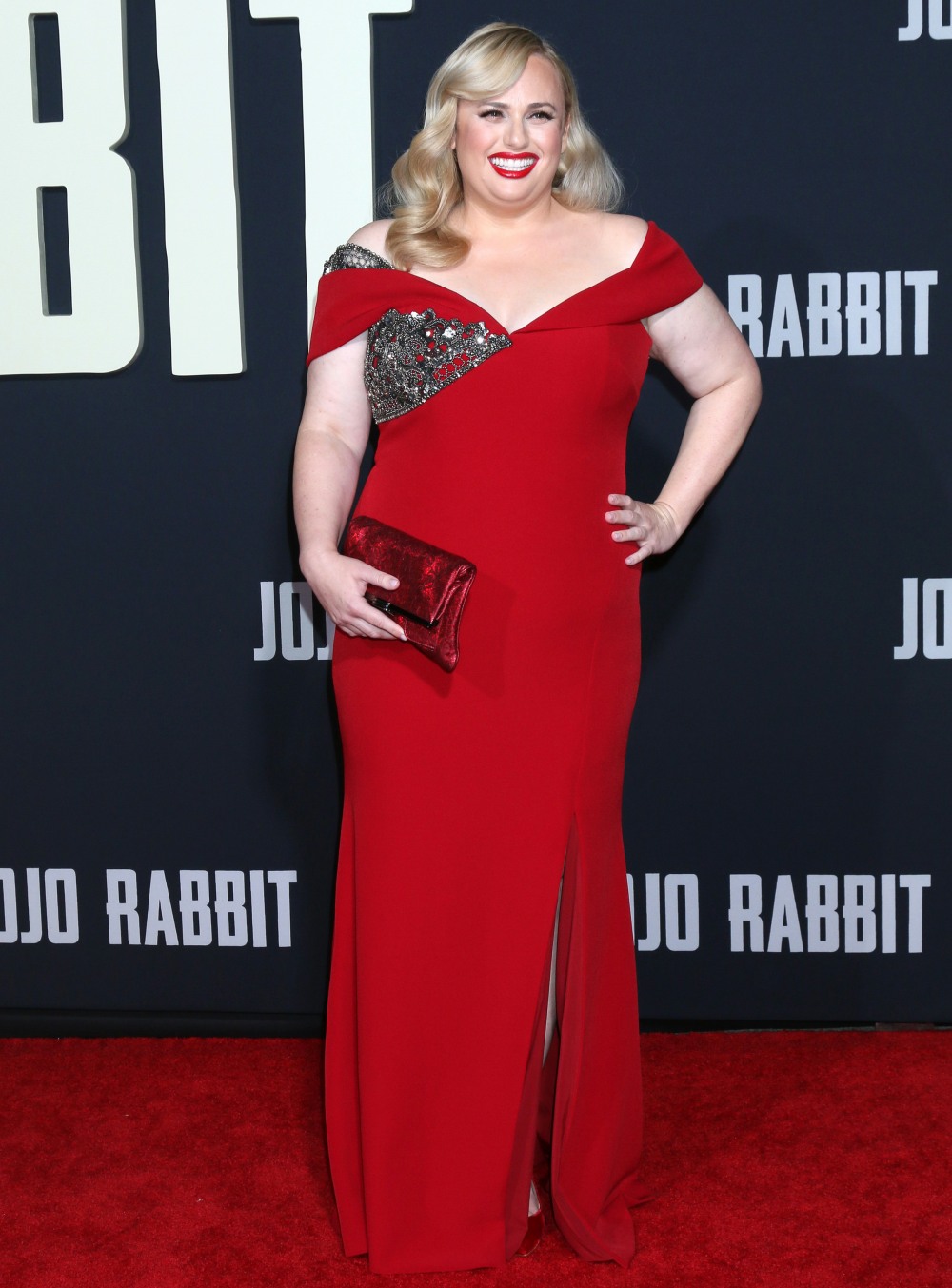 Hot Guy Jojo Rabbit: some photos of Taika Waititi, Sam Rockwell and Alfie Allen. I know Sam isn’t everyone’s cup of tea but that man has BDE and I would. Hard. 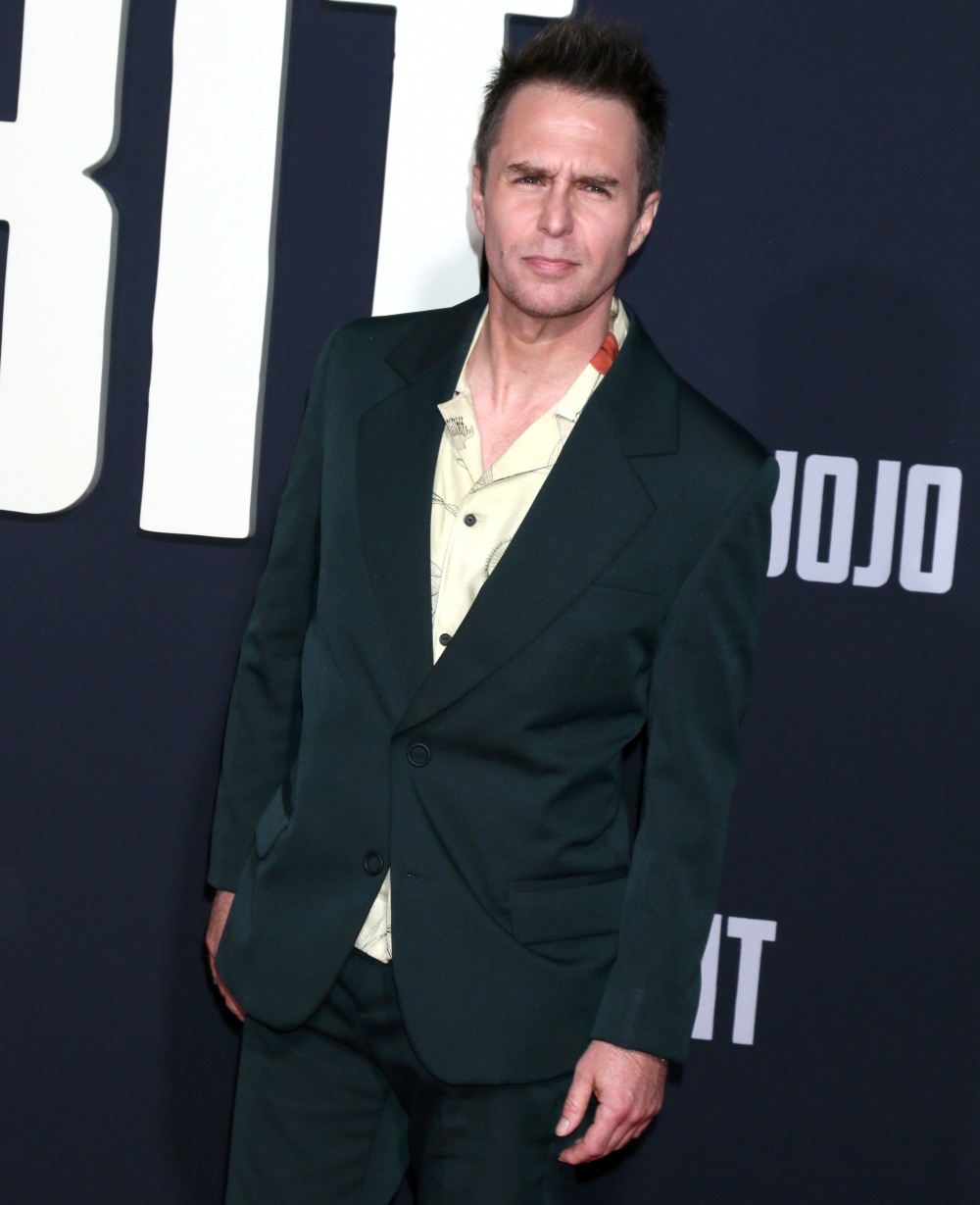 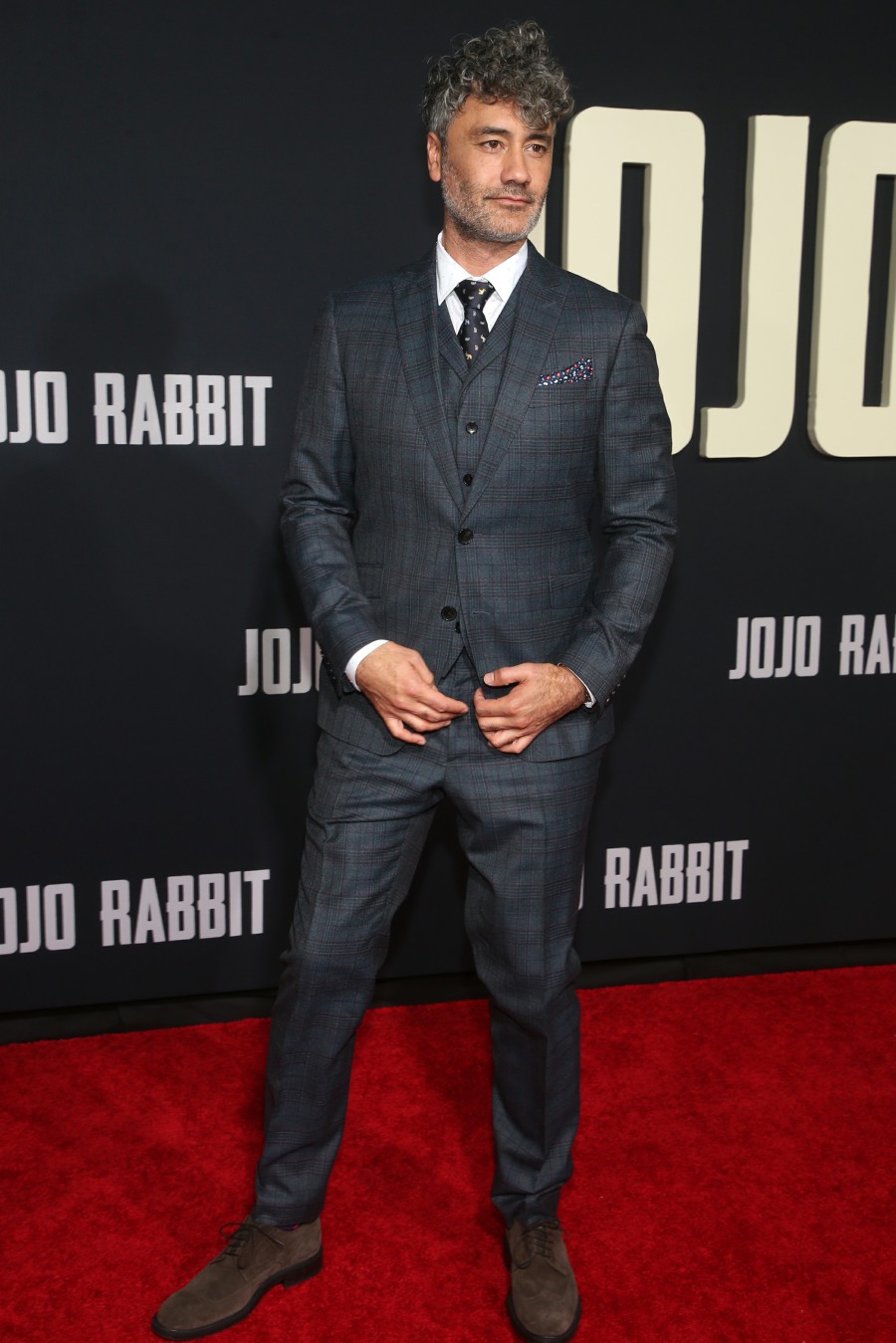 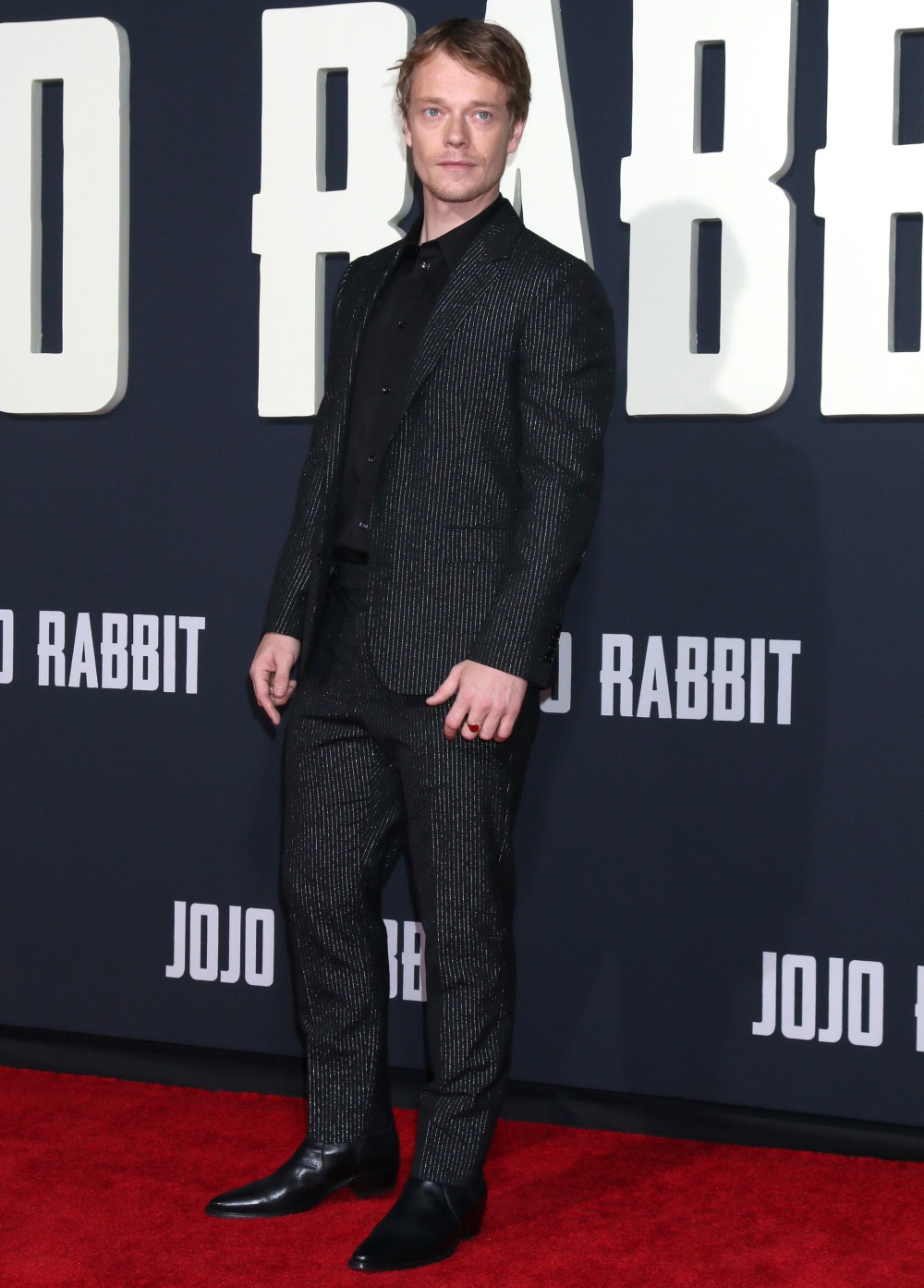 42 Responses to “Scarlett Johansson in Miu Miu at the ‘Jojo Rabbit’ premiere: cute or nah?”