Ben Affleck relapsed on Saturday at a Halloween party, he ‘owned his mistake’ 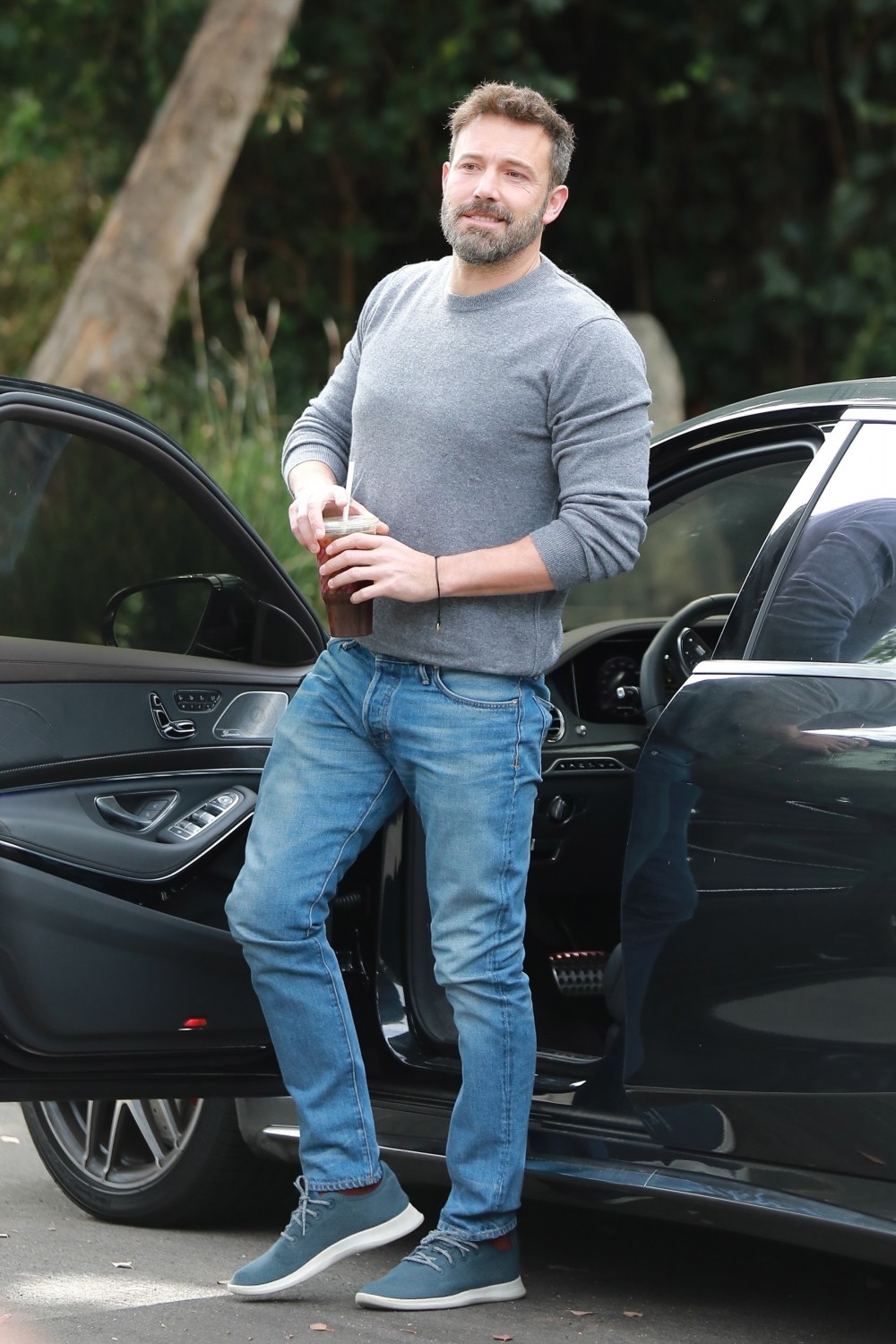 Ben Affleck relapsed on Saturday, at a UNICEF party which he attended in a mask and suit. TMZ posted video of him visibly stumbling and trying to steady himself as he got into an SUV with a very young-looking blonde woman. They got in the back seat and had a driver. Well he did just announce he was going to date, so there’s that. TMZ paparazzi talked to Ben outside Jennifer Garner’s home yesterday and he was quite blase about it, as was a recent People article explaining Ben’s relapse. Ben was smiling in the video, the pic above was taken at about the same time. He said “it happens, it’s a slip, but I’m not going to let it derail me.” Affleck was sober for about 16 months prior to this, if there were no other slip ups. Here’s the relevant part of that People article, which is an exclusive:

Ben Affleck was seen arriving at Jennifer Garner‘s home one day after appearing to be publicly inebriated at an event on Saturday night.

“You could tell that it wasn’t an easy thing for him, but Ben owned his mistake,” a source tells PEOPLE. “He said it happens, that he slipped up but that it won’t happen again. It was a smart move because now the story is basically over.”

“He looked tired,” the source adds…

A rep for Affleck did not immediately respond to PEOPLE’s request for comment.

The night before, the father of three, 47, was spotted attending the UNICEF Masquerade Ball in West Hollywood.

If that People source is from Affleck’s camp that’s damning. He’s not taking this seriously at all. Where is the quote about how he’s committed to being sober and will go to more meetings or will work with addicts or something? This is all about the PR fallout, not about what he’s doing to manage his sobriety. Ben just announced on Instagram, right before he drank at that party, that he was dating, essentially confirming Page Six’s report from last week. In that post he asked for donations for the Midnight Mission, which helps addicts get back on their feet. He wrote “I have been in recovery for over a year and part of that is helping out others.” The main part of recovery is admitting you’re powerless over alcohol, not picking up that first drink and staying sober one day at a time. I would not take any amount of money, success or fame in exchange for my sobriety. That was one of the hardest things I earned and I don’t want to ever go back there. I think about that whenever I’m tempted. I’ve seen people drink again after decades sober. I do believe that for alcoholics it does not become something you can suddenly manage. All that said, I hope he’s serious and committed to staying sober this time. I hope he’s not half-assing this and thinking he can drink again.

Update: I’m sorry for missing this earlier story with a statement from an Affleck source. They said “Sobriety is difficult and elusive for everyone struggling with addiction. Ben has acknowledged he’s going to slip up from time to time. It was never as if this was simply behind him.”

Here’s Ben decorating Jen’s house with his kids yesterday. Interesting how they did a show of togetherness after his public mess up. Look at how they’re all dressed in the same color, including the kids. 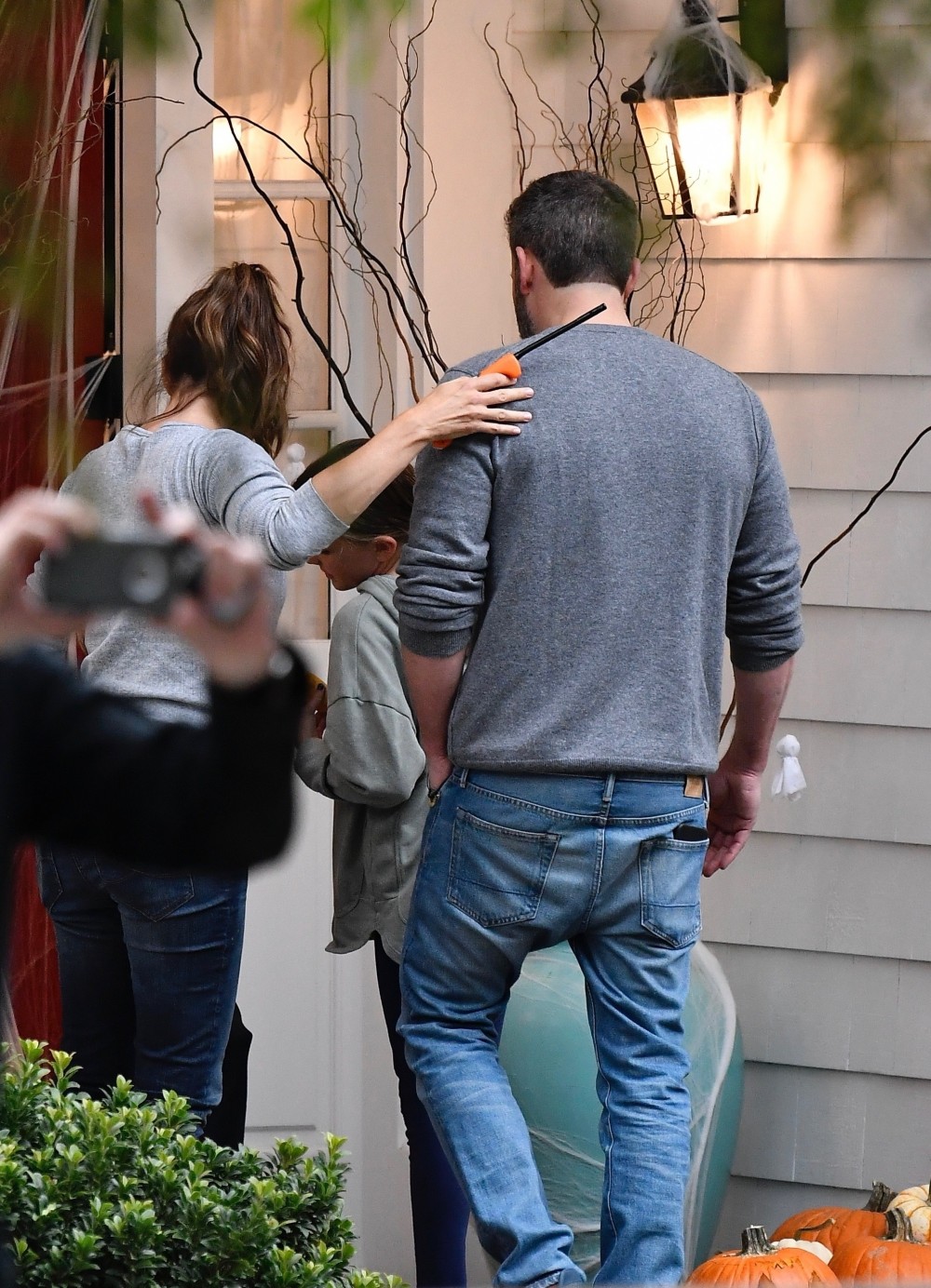 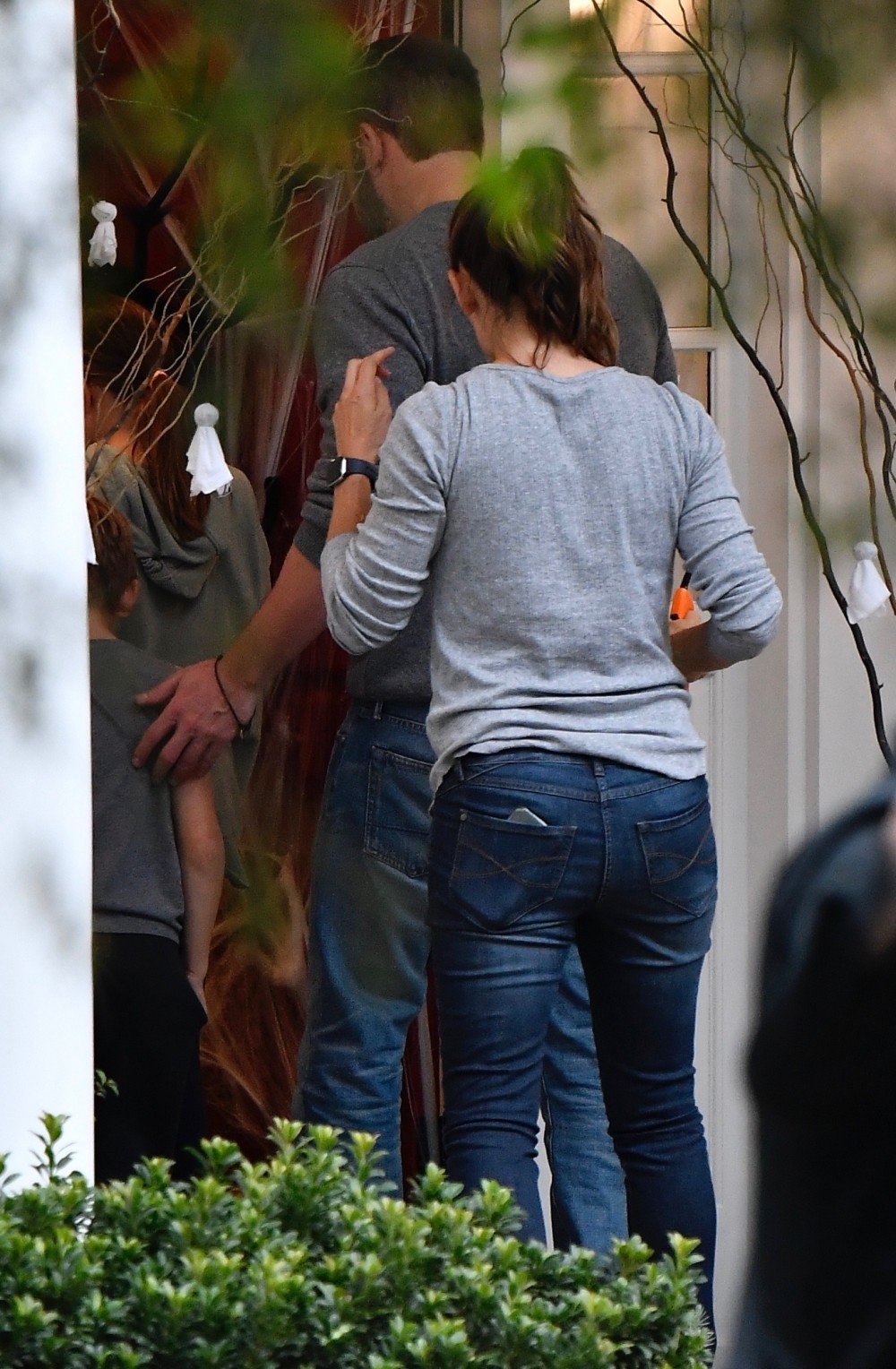 90 Responses to “Ben Affleck relapsed on Saturday at a Halloween party, he ‘owned his mistake’”