Lena Dunham on getting sober: ‘I thought drug addicts were depraved lunatics’ 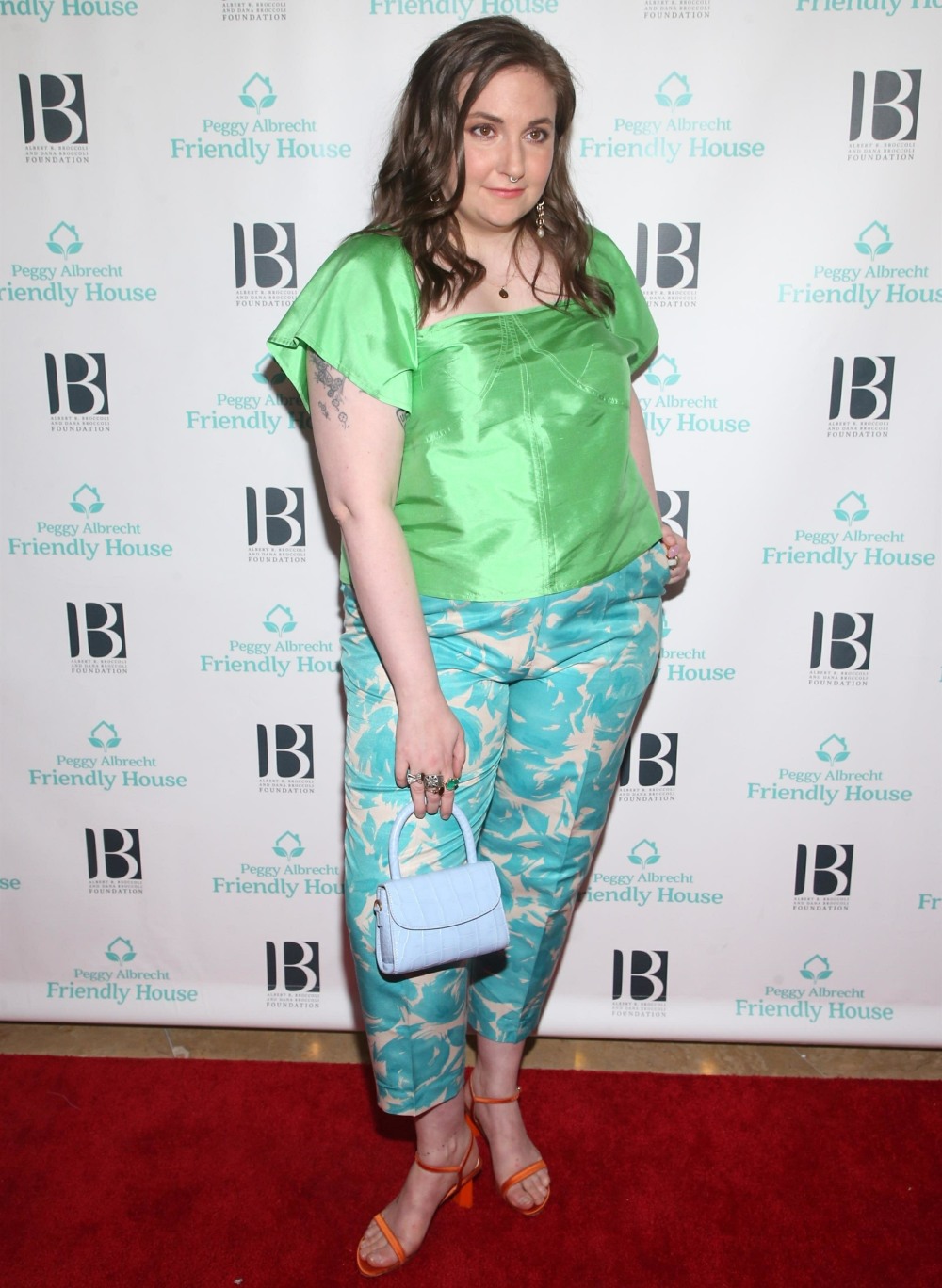 Here are some photos of Lena Dunham at a weekend fundraiser/event for Friendly House, the rehab/sober house which helped her get clean. Lena abused prescription drugs and she finally seemed to get clean last year. Since then, Lena has been quieter. I mean, she still does very annoying things and she’s still an a–hole. But less so. While she was at this event, she spoke to Variety about sobriety and doing the work and all that:

“Being sober in life is hard,” Lena Dunham told Variety. “But being sober is the first step to facing all the things that made you want to hide in the first place. Part of why I love Friendly Houses is because they don’t discriminate,” said Dunham, who celebrated a year of sobriety in April. “It’s not a rehab for the rich and famous. It’s a place where women who need help are never turned away for financial reasons. It’s sad that in this country, recovery has become a privilege, not a right.”

Dunham has amassed an impressive collection of awards since her 2010 debut as writer, director and star of “Tiny Furniture,” including a Golden Globe. But her Woman of the Year honor from Friendly House is “the most meaningful,” she said. “I joke: ‘Oh, my God. I’m getting an award for not doing drugs,’” said Dunham. “The recognition for my work did not come with the same sense of unity and personal satisfaction but it gave me a voice. Now I want to use it to support mental healthcare, trauma work and recovery.”

Dunham reflected on her journey to self-acceptance and sobriety. “I didn’t think that I was a drug addict,” she said. (After all, she was taking prescription medication — not buying heroin in Washington Square Park — but “pills that I thought dulled my pain actually created it.”) She joked that media portrayals of addiction had left her with a skewed idea of what an addict is. “I thought drug addicts were depraved lunatics who wandered the streets, demanding crack from innocent children and flaunting their open wounds in public parks. And I was a successful, capable celebrity who wandered red carpets demanding attention and flaunting her open boobs on TV. It’s totally different,” she deadpanned, before becoming more serious.

“When I was dropped off at rehab, I thought it was the end of my life,” she recalled. “Seemingly overnight, I had lost almost all of what I hold dear: My relationships, my body and my career were in relative shambles.” But Dunham gained the support of other women who shared similar stories of loss and struggles with substance abuse, which eventually helped her to identify as an addict. “Even as a chronic over-sharer I lived in fear of anyone finding out. Will people still want to work with me, kiss me, hang out with me … and would everything I’d ever done be viewed through the lens of addiction? Being me has sometimes hurt so much that I couldn’t bear it. But being me is also a super-power, and it’s the same for all of you.” Now 18 months sober, Dunham is “living a life that’s beyond my wildest imagination,” she said. “And I’ll put my money on sober women any day — because a woman who has overcome an addiction can do f—ing anything.”

“I thought drug addicts were depraved lunatics who wandered the streets, demanding crack from innocent children and flaunting their open wounds in public parks.” I realize that she’s half-joking here and maybe the delivery made it better, but really? RLY?? She was 31-32 when her sober journey began, not some kid who could blame addict-stereotypes on “the media.” I get that denial is a big part of addiction, but in Lena’s case… so was her privilege. She really thought that because she was WHITE and RICH, she couldn’t possibly be one of those dirty addicts. Oh well – at least she’s using her sobriety and privilege for something good, I guess.

Also, maybe the nose ring was a bad idea.

45 Responses to “Lena Dunham on getting sober: ‘I thought drug addicts were depraved lunatics’”