David Harbour and Lily Allen made their Instagram debut 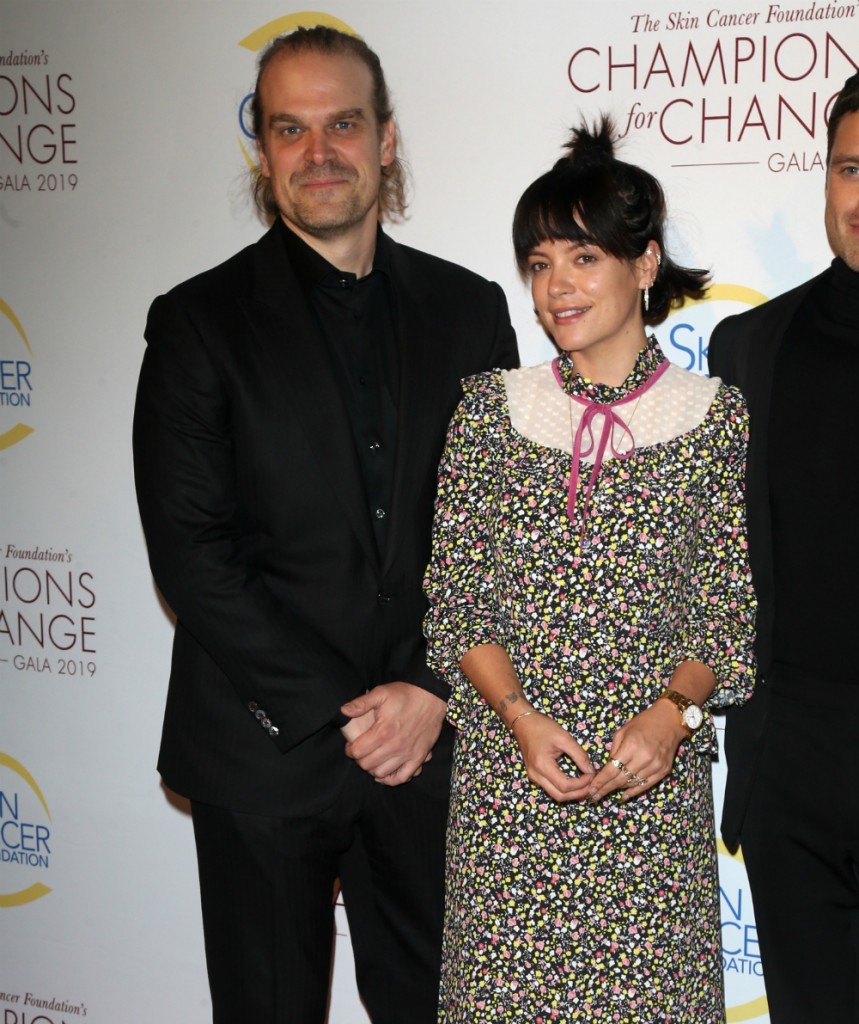 As we discussed, David Harbour and Lily Allen have taken their assumed romance public. However, even though Lily attended the SNL afterparty with David when he hosted, we had not yet officially received confirmation of their relationship. I mean, sure, he had his tongue down her throat all over the streets of New York, but we don’t know that he didn’t lose something down there. Maybe she stole his gum? On Monday, we got the 21st Century’s version of a publicist’s statement – they’ve gone Instagram official. David posted this photo and caption to his page:

The prince, princess and the parking lot. That seven dwarves mine ride is the best one in the whole damn park. Go on, fight me. #magic #disney #rulebreakers

Apparently, David bought the Chris Evans Manual for Dating and brought Lily to Disneyland for a test run, which looks like it went swimmingly. I am slightly curious if they went to the real Disneyland and not some studio set because – where are all the people? There’s one guy by that truck and that’s it. You cannot get a peopleless photo at Disneyland. Did they get backstage (what the behinds-the-scenes area of D-Land are called)? Because backstage is for CASTMEMBERS ONLY. I know, I’ve been told repeatedly. Maybe that’s why he has the ‘rulebreakers’ hashtag on his caption

However, for an IG official portrait, this is pretty baller. I love that they got princess (Rapunzel) and prince (those are Beast/Adam’s colors, but he didn’t wear a cape) kit to wear at the park. Could. You. Imagine. walking around and running into a caped Hellboy? I really like everything about it – the dirty mirror, whatever the hell Lily is doing in that shot and the way the sun is hitting David, so he does, actually, look like Beast (who you all know I have the hots for). So, I guess this is it, we have the red-carpet confirmation, as shown by the photos on this post from The Skin Cancer Foundation’s Champions for Change Gala last Thursday. That’s makes this an official coupledom in Hollywood. You know what? I’m on board for this romance. I could live without the street PDA, but they always look like they’re enjoying themselves. Anyone who will ‘play’ with you at Disneyland is worth holding on to, in my opinion. I don’t think we need to make up a portmanteau just yet, but let’s see how this plays out.

The only criticism I have is – the mine ride? Dude, get yo’self over to Big Thunder Mountain Railroad stat. 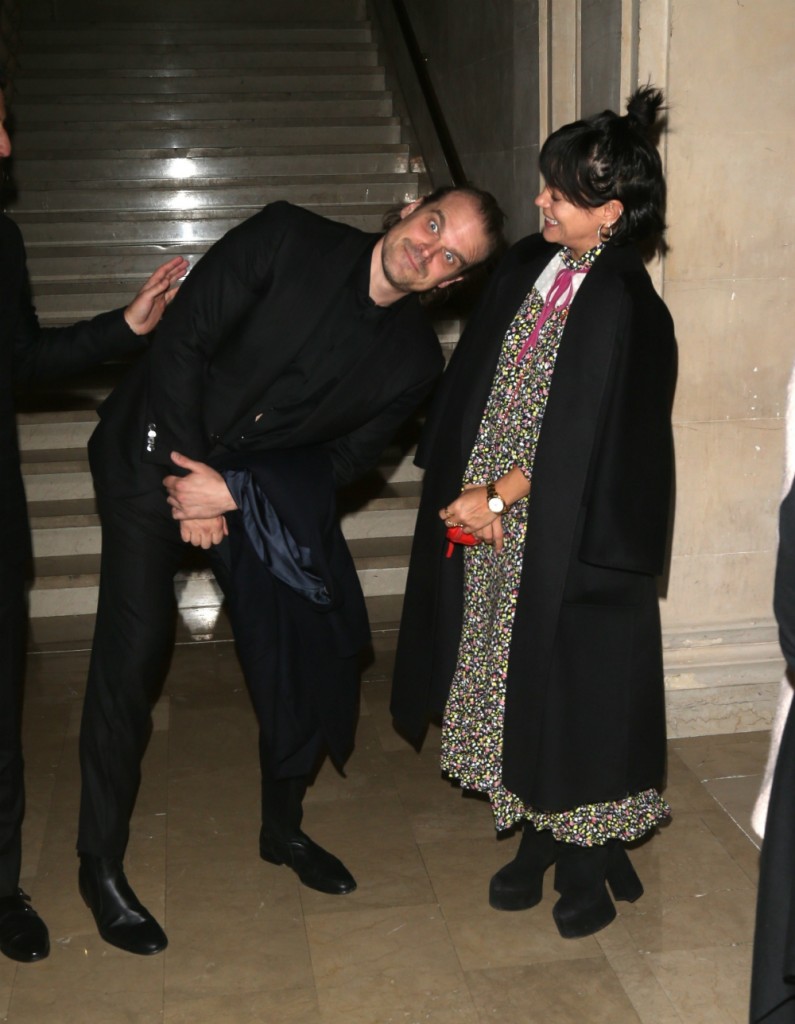 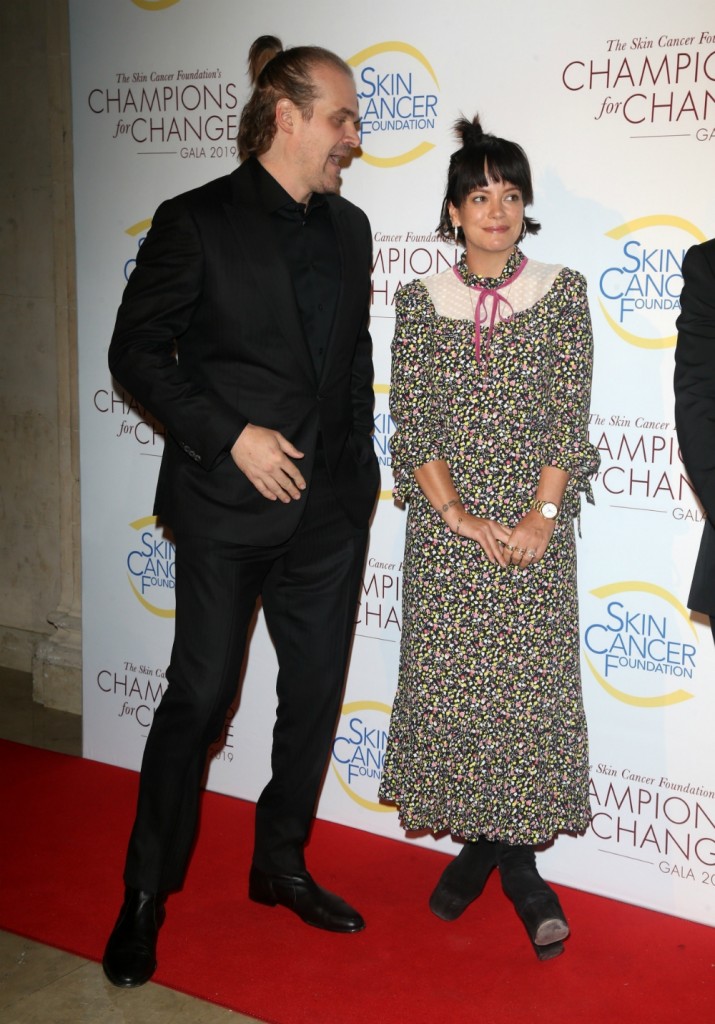 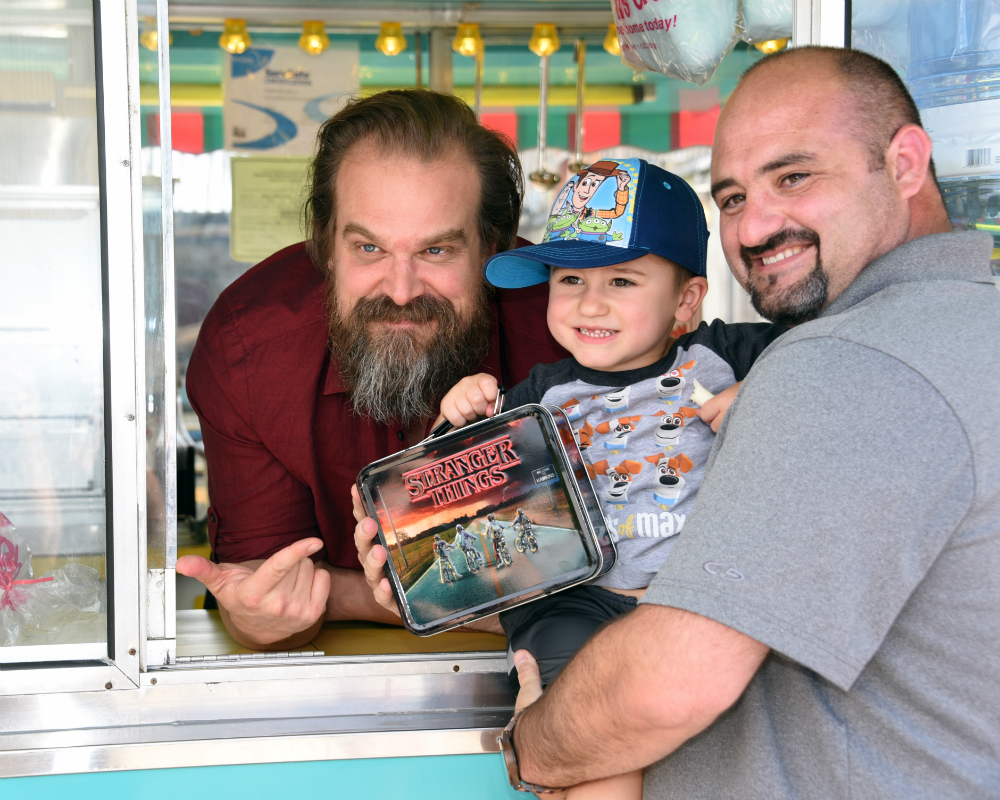