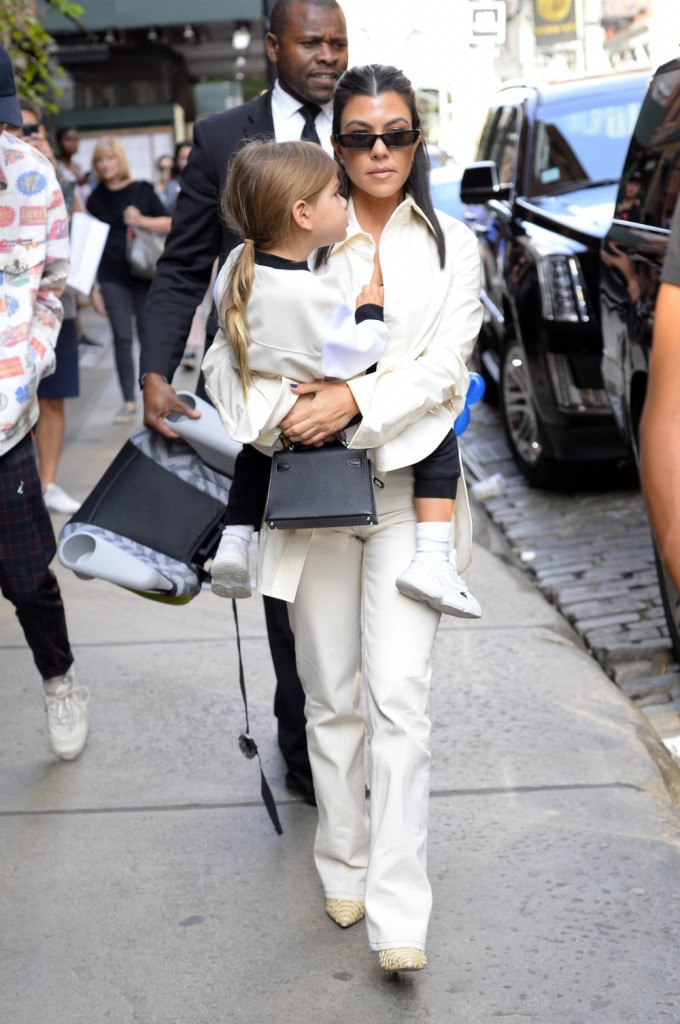 The Kardashians will always be trolled on social media. Most of the time, I’m sort of fine with it because I half-suspect that’s what they‘re hoping for. A Kardashian will say/photograph something controversial, somebody will say something awful, the Kardashian will respond, and outlets will pick it up, keeping them in the news. It’s like their own version of ouroboros. Every once in a while, though, it’s unfair criticism, like the latest mom-shaming that came to Kourtney Kardashian. Over the weekend, Kourtney posted these photos from a recent getaway to Santa Inez:

That’s Reign Disick, her youngest son, in that first photo. Reign is four years old and there he is, happy to be holding a pony’s lead. It’s a shot I would take if I was his mom. But I’m not his mom, so were I to comment on it instead, it would be “cute shot.” If I had to find fault, I might possibly speculate that those shoes were not the best for horseback riding but since I have no other context for this photo, I’d keep my mouth shut. But that didn’t stop others from slinging some horses—t at Kourtney. While the majority of people commenting loved the pictures and loved Reign, there were those who felt the need to dictate the appropriate the length for a four-year old boy’s hair.

The first Nasty Nelly was tiffany. She kicked things off with, “She really need to cut his hair,” and that’s when things went off the rails (I’m not using the full usernames to preserve people’s identity):

david: @tiffany I agree! Don’t be offended when people think he’s a girl.

beth: @tiffany I thought it was a girl

jennifer: @kourtneykardash yes it looks ridiculous at this point

Cathy: @kourtneykardashian You may think it’s cute but you are setting your child up to be ridiculed at school by his peers (if he is not home schooled) It’s about him not you.

rk: @tiffany 100% agree it looks a mess and the poor kids is ALWAYS pushing it out of his face…he is active and it will get in his way now 😐

westie: @tiffany couldn’t agree more! For the longest time I thought he was a she…. but they call it LaLa land for a reason.

kitten: @tiffany it at least shape it a lil neater if he insists on this long hair. It needs to be cut to a neater shape. Just always looks messy and unkempt.

And so forth. Most people jumped on tiffany’s comment to tell her to mind her own business. But no one did it better than Kourtney herself who replied:

kourtneykardash: @tiffany she really need to not worry about kids that aren’t her own. He is a happy boy. 🙏🏼

You know how I feel about it. I have no time for anyone who thinks a boy – and only a boy – needs to have short hair. I love the concern trolling, too. Like nosh who diagnosed the poor kid with amblyopia (lazy eye) based on this shot. Another one replied that she was concerned he’d get his hair caught in something. It was silly and I would like to reiterate that being mistaken for a girl is not the worst thing that can happen to a person so maybe folks can find something less misogynistic to throw down in their hackneyed opinions.

But here is where I throw my hands up with social media and remind myself to not engage unless the person I am responding to is vetted – tiffany responded to Kourt’s dig at her with:

tiffany: @kourtneykardash you my favorite sister love you guys

*Smacks head* Of course Kourtney is her favorite sister. And of course that’s her follow-up after starting a firestorm in Kourt’s comments. 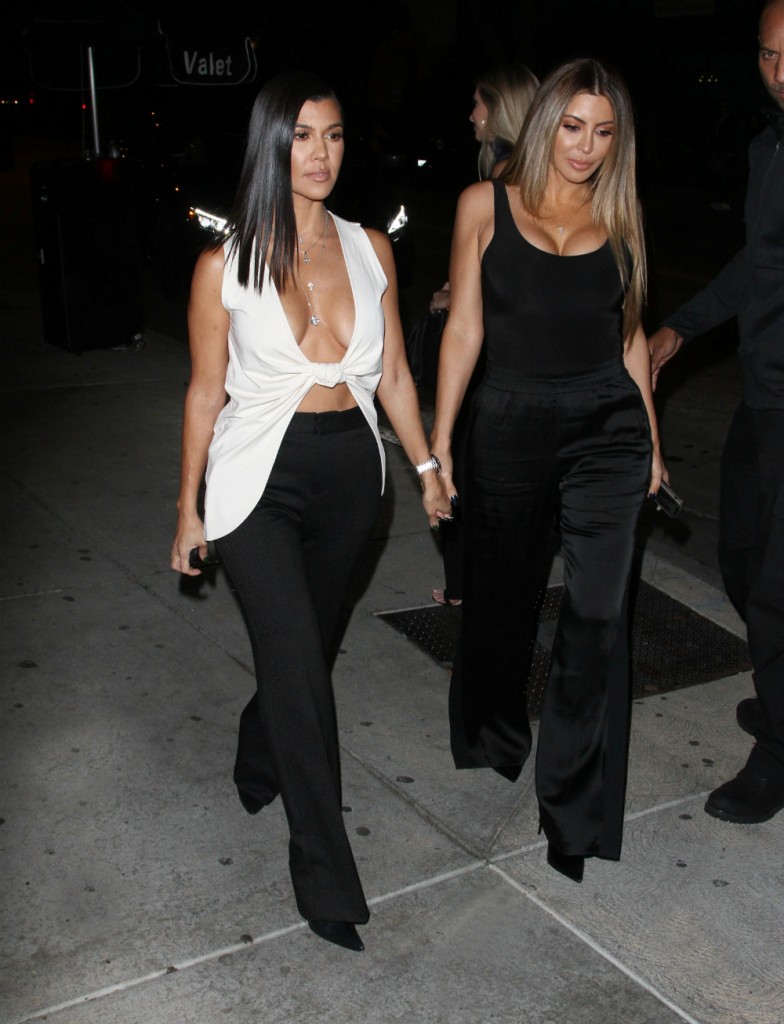