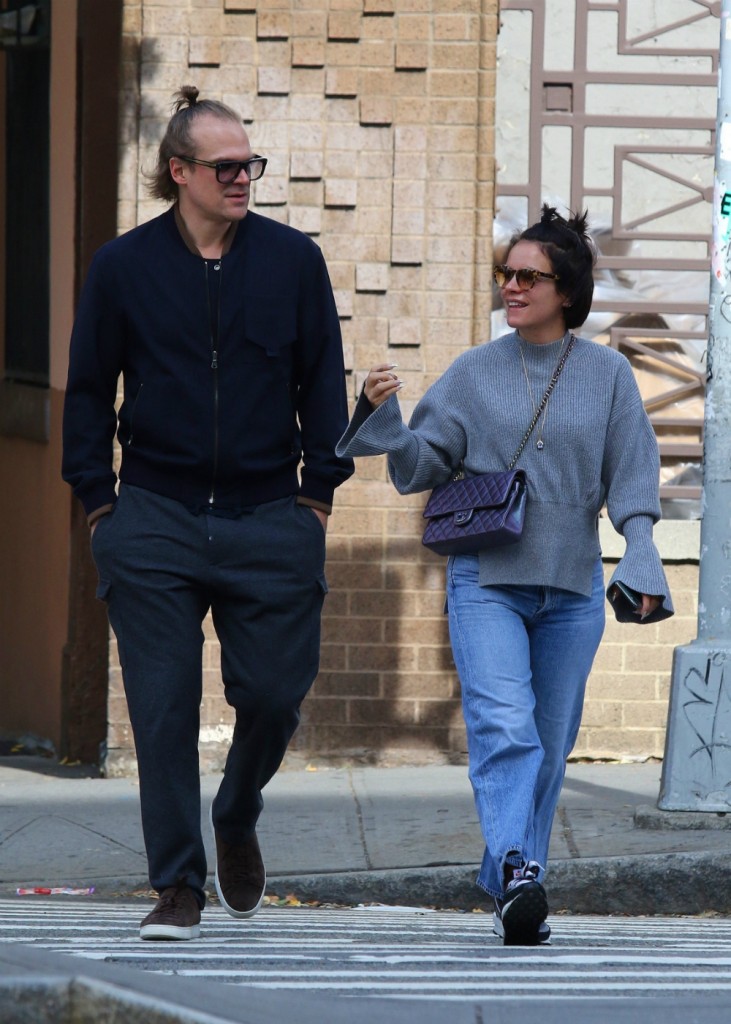 We discussed David Harbour and Lily Allen’s blossoming romance back in September. At that time, it was technically just speculation because they’d only been seen together a couple of times. But it’s speculation no more! These two crazy kids have made it SNL Afterparty official. David was the host on Saturday Night Live last weekend (more on that below) and following his stint, the two attended the afterparty. If we know anything by now, it’s that the SNL afterparty is were relationships are made (right Ariana Grande? Scarlett Johansson?). Post afterparty, however, they took their mess to the street – like all over it. They couldn’t keep their hands off each other while walking to brunch in SoHo. You know how it is, you’re craving an omelette, you see a hedge and you just have to stick your tongue down someone’s throat – we’ve all been there:

Oh gawd – my eyes! Look, PDA isn’t my deal but whatever. But, but – the manbun? What are you doing to me, David? Who told you that was your look? Was it Lily? Dump her, dump her right now on the grounds of cruelty. Again, technically, they have not confirmed their relationship so I’m probably not supposed to call it as such, but I think the Exhibit A above speaks for itself. Exhibit B would be Lily claiming ownership of David’s beautifully toned biceps on her Instagram stories: 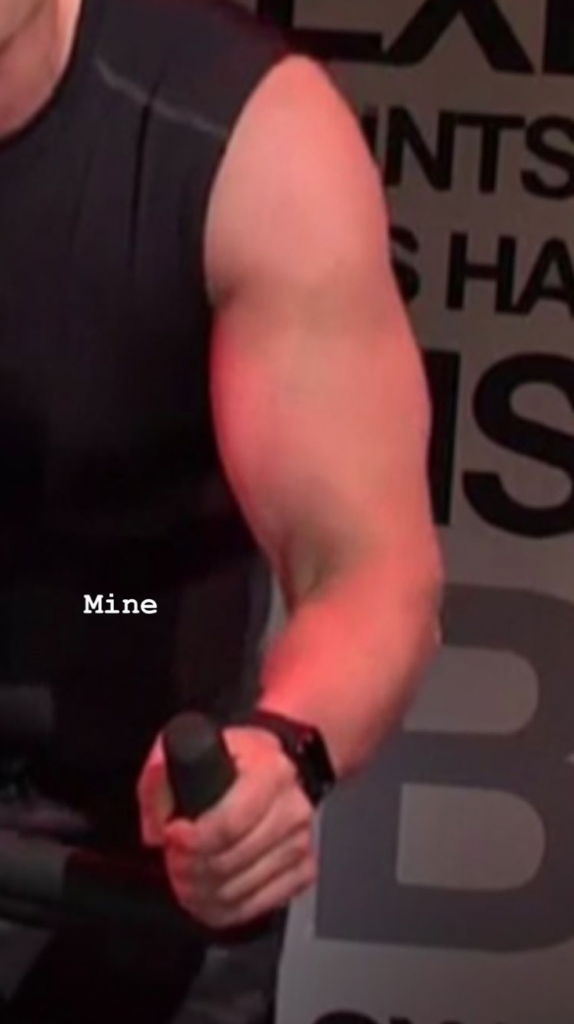 Yes, folks, Dad-Bod enthusiast Sheriff Hopper has been holding out on us. This is what was hiding under those oversized Hawaiian shirts. But during a soul-cycle sketch on SNL, David wore a sleeveless T-shirt that gave us a full access pass to the gun show and it did not go unnoticed:

Yes, he looks good. Yes, the balance he found between Hopper and Hellboy is really working for him. Yes, Lily has the right idea slapping her name across that beautiful limb and yes, these two need to get a room and take it off the New York streets.

However, the only thing we should be discussing at all from this weekend – truly – is this skit, which was brilliant with a capital B-ahahahahahahahaha! 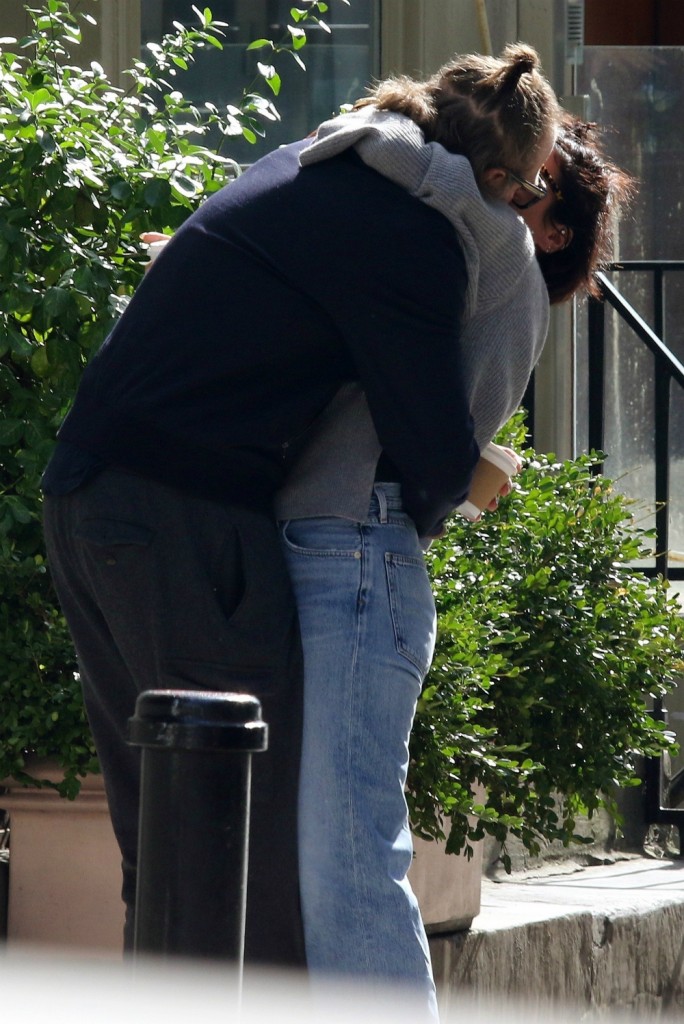 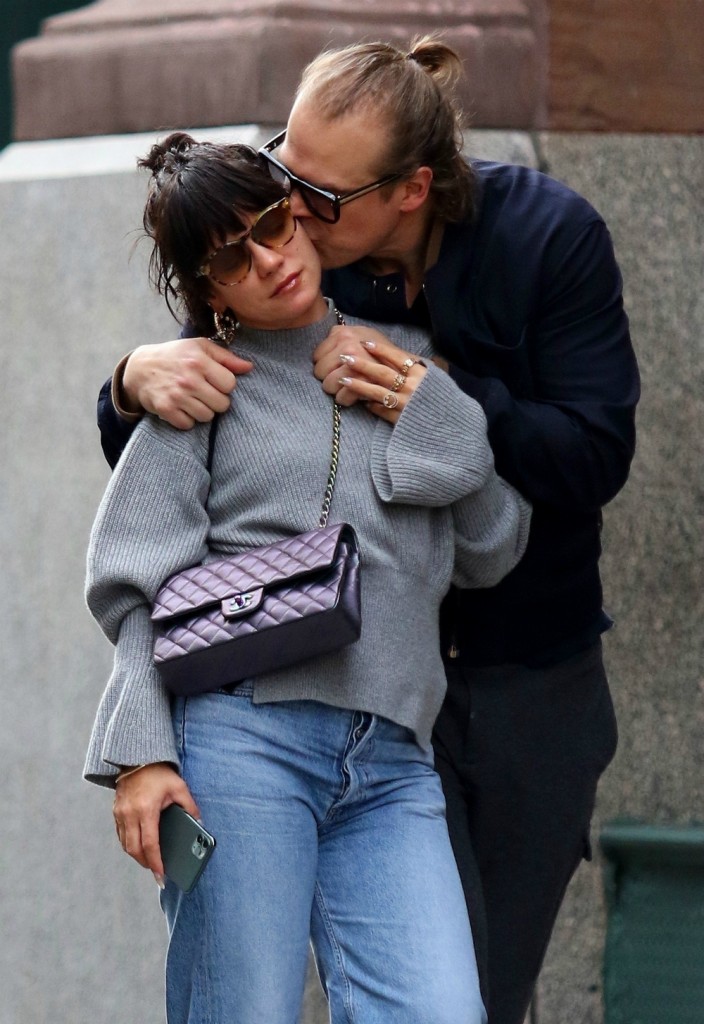