Tim McGraw: ‘I use my whole body to sing – my legs, my butt’ 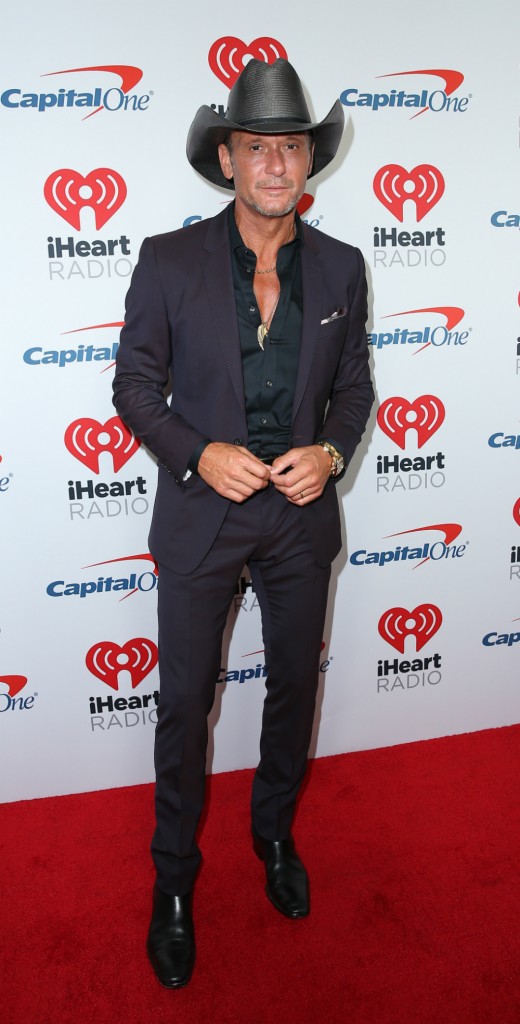 We know by now that Tim McGraw has reinvented himself through working out. Full credit to him, he’s worked hard. He is also working very hard on promoting his new book that is out next week, Grit & Grace: Train the Mind, Train the Body, Own Your Life. In his interview with Men’s Health, he promotes his personal workout, that he co-designed, and talks more about why he got fit in his 40s. Part of the reason is because he uses his whole body to sing, including his butt.

Tim McGraw stands with a kettlebell in his right hand, back pin-straight, and looks toward the wall at TRUMAV, his new gym in Nashville. He starts walking, then smiles. “I call this Taking Out the Trash,” he says.

This is how the 52-year-old country-music star injects fun into a vicious 90-minute sweat he designed himself, aiming to push his own limits. “I don’t really get tired of training,” McGraw says. “There’s such a feeling of accomplishment that comes from the feeling of being my age and still being at the top of my game.”

McGraw wants you in that position, too; that’s why he’s become one of a growing number of celebrities—like Mark Wahlberg, Tom Brady, and Chris Hemsworth—leveraging global stardom to build fitness and wellness brands. McGraw creates his own workouts and partnered with exercise chain Snap Fitness to design TRUMAV, which is filled with his favorite gear (kettlebells, TRX straps, and battle ropes). His new book, Grit & Grace: Train the Mind, Train the Body, Own Your Life, describes his late-career fitness transformation.

Eleven years and 40 pounds ago, he realized he’d lost control of his own fitness when he starred in Four Christmases. He’d grown up playing sports, but he was up to 215 pounds, and his daughter Gracie noticed, saying he looked “big on the screen.” “I got out of it for a while,” he says. “I was in the prime of my career, and I wasn’t capitalizing on it.” So he ditched alcohol, burgers, and “truck-stop foods” and began walking in the morning.

That became a 20-minute run, and soon he was lifting weights. And he realized it was helping his music. “I use my whole body to sing—my legs, my butt,” he says. “And having more control over those things makes my voice stronger.”

McGraw takes pride in his transformation because it never had anything to do with the popularity contest that is celebrity. “Most things in this business are out of your control,” he says. “What the radio is going to play, how many records you’re going to sell. Control the things you can, and maybe that helps.”

I’m loving all these terms. So “fitness and wellness brands” are the male version of a “lifestyle brand”? Mind, body and soul – they’re selling the same thing. Only a woman is photographed in a bucolic setting, wearing color coordinated yoga wear, tickling their kid’s belly while pouring a glass of freshly squeezed lemonade with their toes, while a man is photographed in a gritty looking gym that’s tricked out with the latest workout equipment, with dirt and sweat pouring off him, in a $150 workout shirt made to look like it was peeled off the floor of a rusted-out car. I’m not knocking it, but I’m not rushing out to buy another workout book either. Especially if Tim is singing with his butt, my husband already does that, especially after spicy food. (I’m teasing, I am fully aware how a singer projects and reaches certain notes.)

In his interview with People, he said he’d stopped drinking because his friends voiced their concerns about his drinking. But here, he said he cut out alcohol and junk food because his daughter told him he looked “big” on screen. Plus, he said weight loss wasn’t his intention, but isn’t that what it sounds like here? I could be misreading that, maybe he meant the thing he wanted to “capitalize” on was to work out while he could still go hard and not take advantage of his metabolism while he still had it. He did say, later in this interview, “This workout is my meditation. It frees things up in your head so you can get the trash out for a little while.” That kind of wellness-lifestyle-fitness talk I get. My run in the morning is 40% to fit in my jeans and 60% to set my head right. 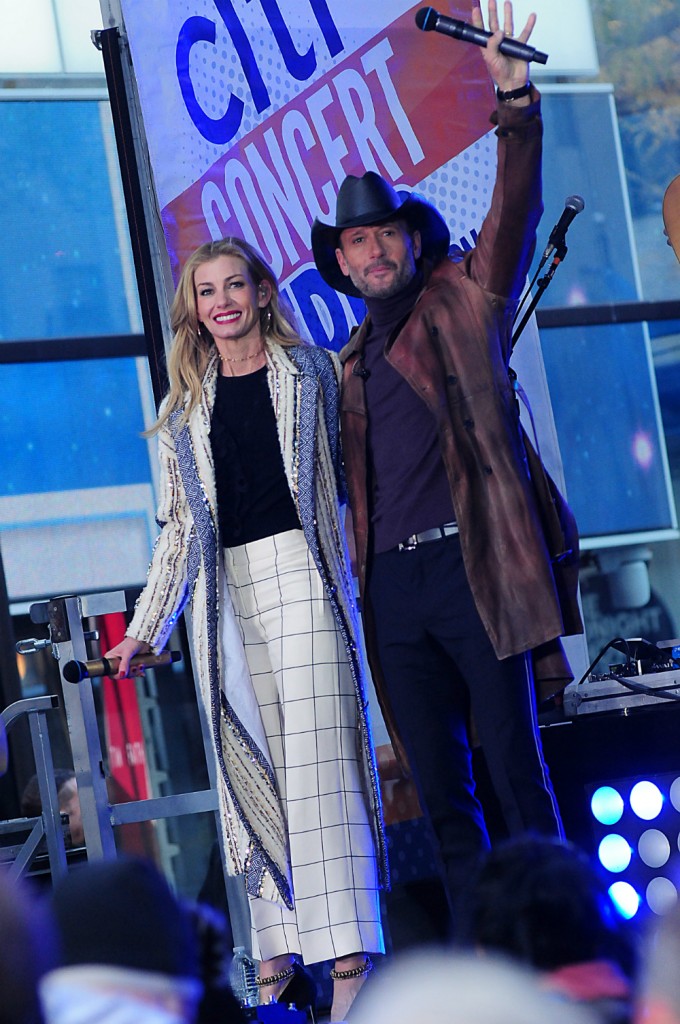