Jamie Lee Curtis: ‘I refer to myself as a junkie simply so I demystify it’ 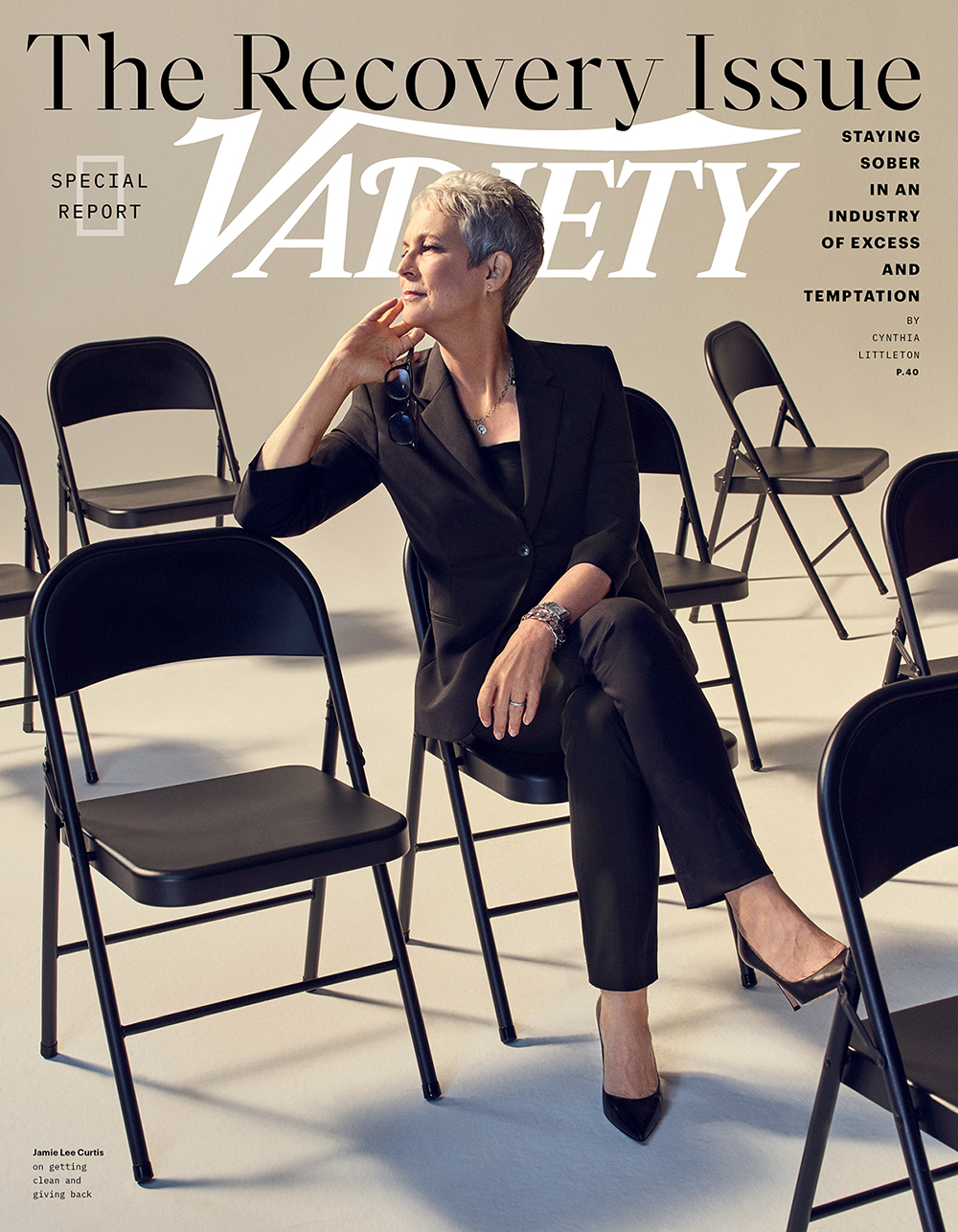 Jamie Lee Curtis is one of the celebrities profiled by Variety for their recovery issue, which also features a really wonderful interview with Danny Trejo. He’s been sober 51 years and he still goes to meetings and helps other addicts. They also have an article about the science of addiction and recovery as well as an interview with Elton John! Jamie has been open for years about the fact that she was an opiate addict for about ten years up until the late 90s. Addiction runs in her family, she’s said her parents were alcoholics and she lost a brother at just 20 to a heroin addiction. She’s been sober for over 20 years. She stopped by going to meetings after her family and friends noticed her addiction and urged her to stop.

Did you ever take pills while you were working?
I was the wildly controlled drug addict and alcoholic. I never did it when I worked. I never took drugs before 5 p.m. I never, ever took painkillers at 10 in the morning. It was that sort of late afternoon and early evening — I like to refer to it as the warm-bath feeling of an opiate. It’s like the way you naturally feel when your body is cool, and you step into a warm bath, and you sink into it. That’s the feeling for me, what an opiate gave me, and I chased that feeling for a long time.

Who knew about your addiction?
No one. No one knew at all. Not one person knew except the people I would get [the painkillers] from.

What did you say to your friend who caught you taking the pills in the kitchen?
I think I sobbed and thanked her, and told her I loved her.

Do you remember standing up for the first time in a recovery meeting and saying, “I’m an addict”?
For me it’s a hybrid because I also drank too much in a very controlled way, in a very Jamie way. It is the only disease that is self-diagnosed. No one else can actually tell you you’re an alcoholic. They can tell you that you drink too much or in their opinion that you drink too much or that when you drink too much, it really makes them angry. But to call yourself an alcoholic or a drug addict is a badge of honor. It is a way of acknowledging something that is a profound statement and can be, for many people, life-changing. Because the secret, the shameful secret, is the reason why it is such a pervasive illness in our industry — in every industry, in every socioeconomic stratum, in every country in the world. It is the secret shame that keeps people locked up in their disease.

I almost didn’t cover this, but the way Jamie described her addiction was so much like me. My problem was booze, I thought I was hiding it and I thought I was controlling it. I would drink at home every night, but I didn’t start until after dinner, and I tracked my intake so I couldn’t have been an alcoholic. I ran my own business, my house was always clean and no one knew, I thought. Only I was miserable, I could never have just one and I was always planning my life around my drinking. I never went out at night because I was responsible and wouldn’t drink and drive. So many people live like this, the way that Jamie describes. She said that things were great on the outside and her marriage, family and career was going great but that she was an addict behind the scenes. She decided to go public after two years sober because she didn’t want people looking at her life, thinking it was perfect and wondering how she achieved that. I could relate to so much of what she said.

Variety also has a video with Jamie, which is where I got the quote in the title. It’s so much more powerful than just reading these quotes and I cried watching it. She said “If you are asking yourself ‘can I stop this?’ then you are in a prison in your own mind, and I was in that prison, even though I was fabulous.” Thank you Jamie. 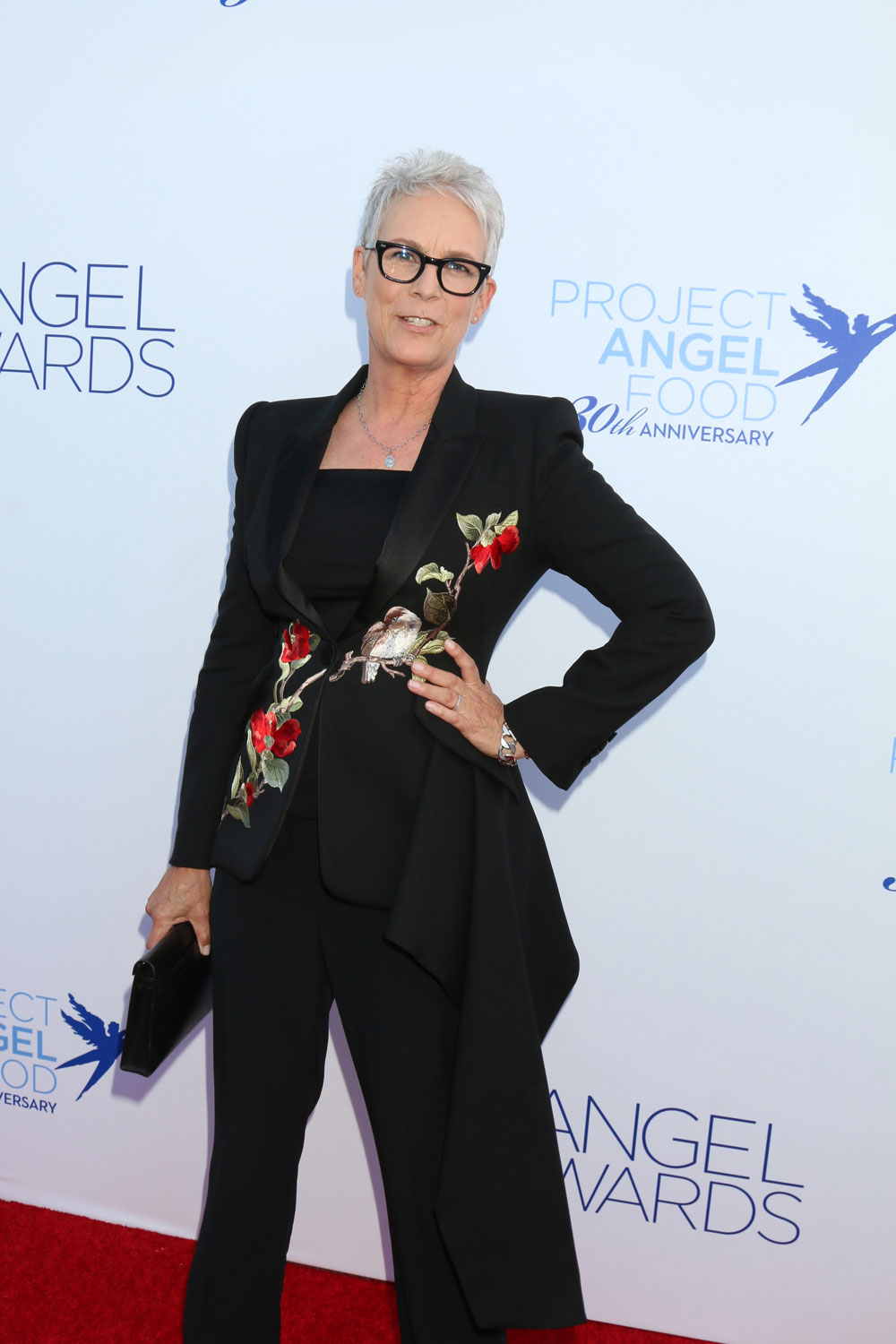 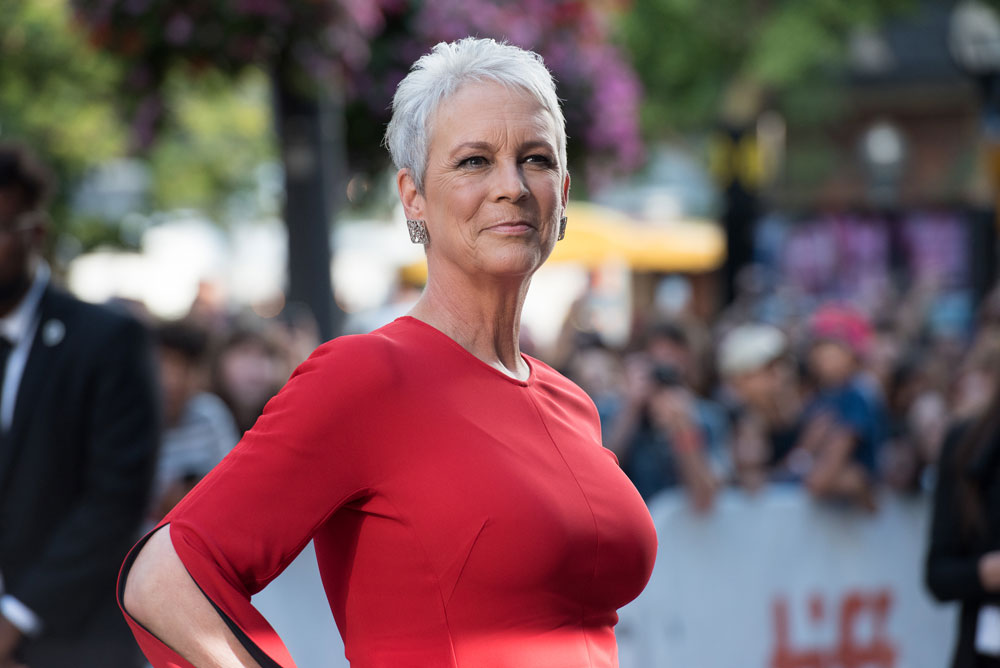 “I’m no hero. I’m a worker amongst workers. A fellow alcoholic and drug addict connecting with other alcoholics and drug addicts. A shared illness and a shared recovery. I’m not perfect but I can look in the mirror.” 📷 @joepug @variety

39 Responses to “Jamie Lee Curtis: ‘I refer to myself as a junkie simply so I demystify it’”