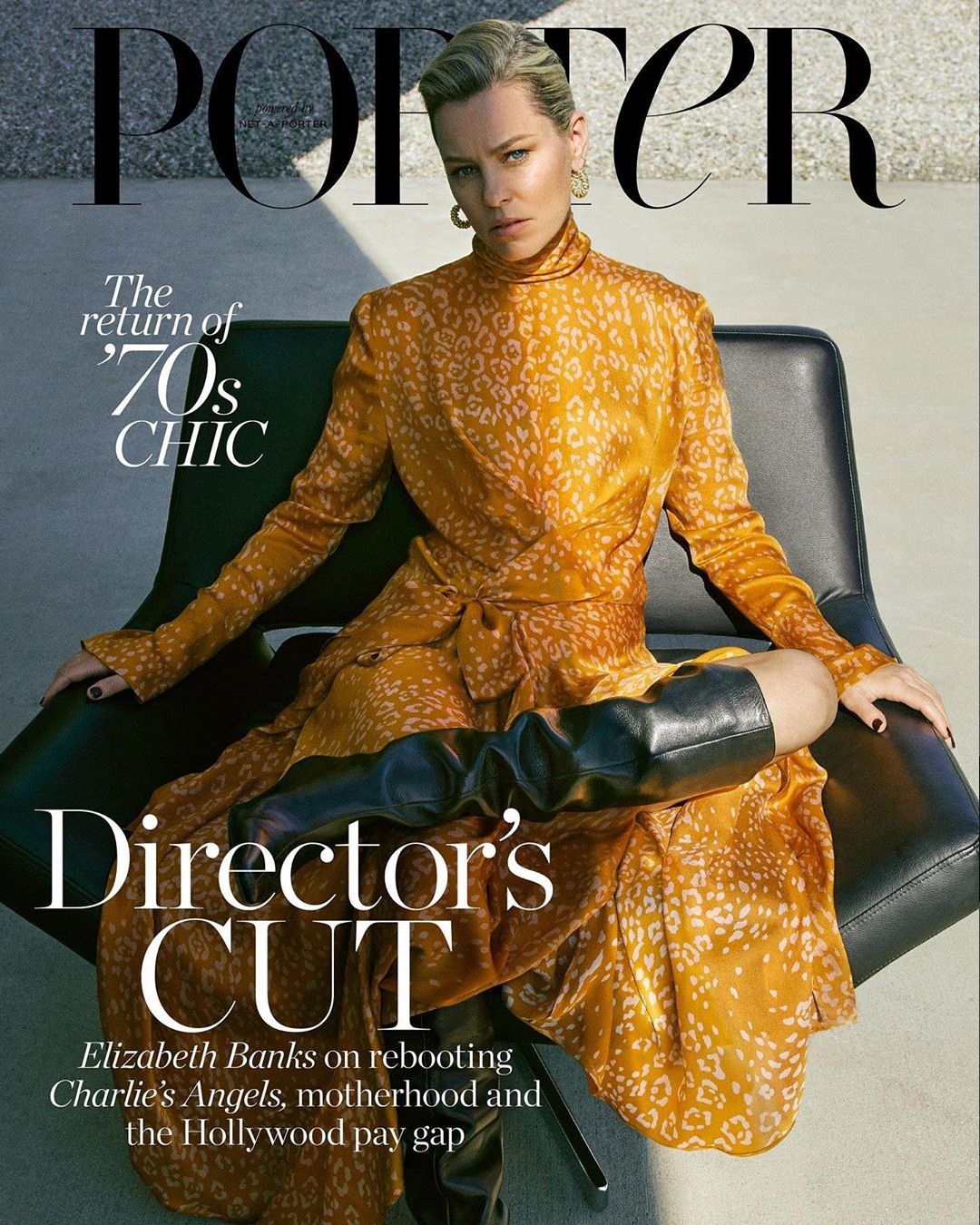 Elizabeth Banks covers the latest issue of Porter Edit, the online, in-house magazine for net-a-porter. I thought that I was perhaps late to see this interview, but no – this was conducted after Charlie’s Angels bombed at the box office. These poor women, having to continue on through their promotional work even after the film does badly. Banks wrote, directed and produced Charlie’s Angels and she stars as Bosley. I could see how she sold the idea of this reboot and hey, at least she didn’t spend $200 million making it. But again, the film is already out and doing poorly with critics and theatergoers. Still, Banks gives a good interview. Her Porter Edit piece was a great read – she’s smart and funny and she cares about women and money. Some highlights:

On baths: “I’m a very practical person; baths are the most impractical things in the world.”

On Charlie’s Angels: “To demand that I’m going to write, direct, produce and act in this movie is a ridiculously egocentric statement to make, and women are often not allowed to have that kind of ambition. So I’m assuming there’ll be a backlash at some point.”

Watching the original ‘70s TV show: “My mother worked my whole life, so it never occurred to me that I wasn’t going to be a professional woman. But it was the first time I saw women really doing a job that only men did, and succeeding at it. I told the studio and my collaborators: ‘I want to make a movie about women working, and I do not want to tell a story about the boyfriend they don’t see enough, or the mother they don’t call enough, or the cat they don’t feed.’ Those are ridiculous tropes in women’s movies, and you do not see James Bond worrying about calling his f***ing mother.”

She’s a feminist but not a feminist educator: “I’m not here to re-teach feminism to young women. I am here to empower them and to have them see themselves in a movie, which happens far too infrequently, especially in the action genre.”

On pay equality: “It’s OK to want money in the way that your male colleagues want money”.

Her early Hollywood days: “I looked at my male peers who I came up with [including Paul Rudd and Bradley Cooper] and they were going off to play superheroes and making millions of dollars. I either had to believe I wasn’t as good as they were, or that the system was rigged against me and they had a lot more opportunity than I did. I had to work the system for myself, because it was not going to give me what I wanted.”

Welcoming two sons via surrogacy: Until recently, “women’s reproductive issues were things you would whisper about in small circles.” Now, “there’s #ShoutYourAbortion and IVF Facebook groups… I definitely think I’m still judged for what I’ve done and that people don’t understand my choices, but I don’t feel I owe anybody any explanation. And, if my story helps people feel less alone on their journey, then I’m grateful for that.”

She’s been with her husband since their first week of college: “Twenty seven years. It’s the thing I’m most proud of. I do think people grow together or they grow apart. We definitely grew together. We were constantly making decisions that kept us close.” They are, she admits, “a little traditional when it comes to marriage. I think there are people that go into marriage thinking: ‘If it doesn’t work, I’ll get divorced.’ That’s not me. You’re going to have bad moments. You’ve committed to something. Do you value it or don’t you?”

If there’s one thing I want all young women to take away from this interview, it’s this: “It’s OK to want money in the way that your male colleagues want money.” It’s okay. You didn’t need Elizabeth Banks to say it, either, and no one is saying you needed anyone’s permission. But make that ingrained in your mind. Approach conversations about money like a man. It’s okay to want money. It’s okay to discuss finances. It’s okay to ask for a raise. It’s okay to know your worth.

Also: yes, baths are so impractical! If you have a shower with good water pressure, it feels just as good. And wow, sometimes people get divorced even if they “value” their marriage, damn! 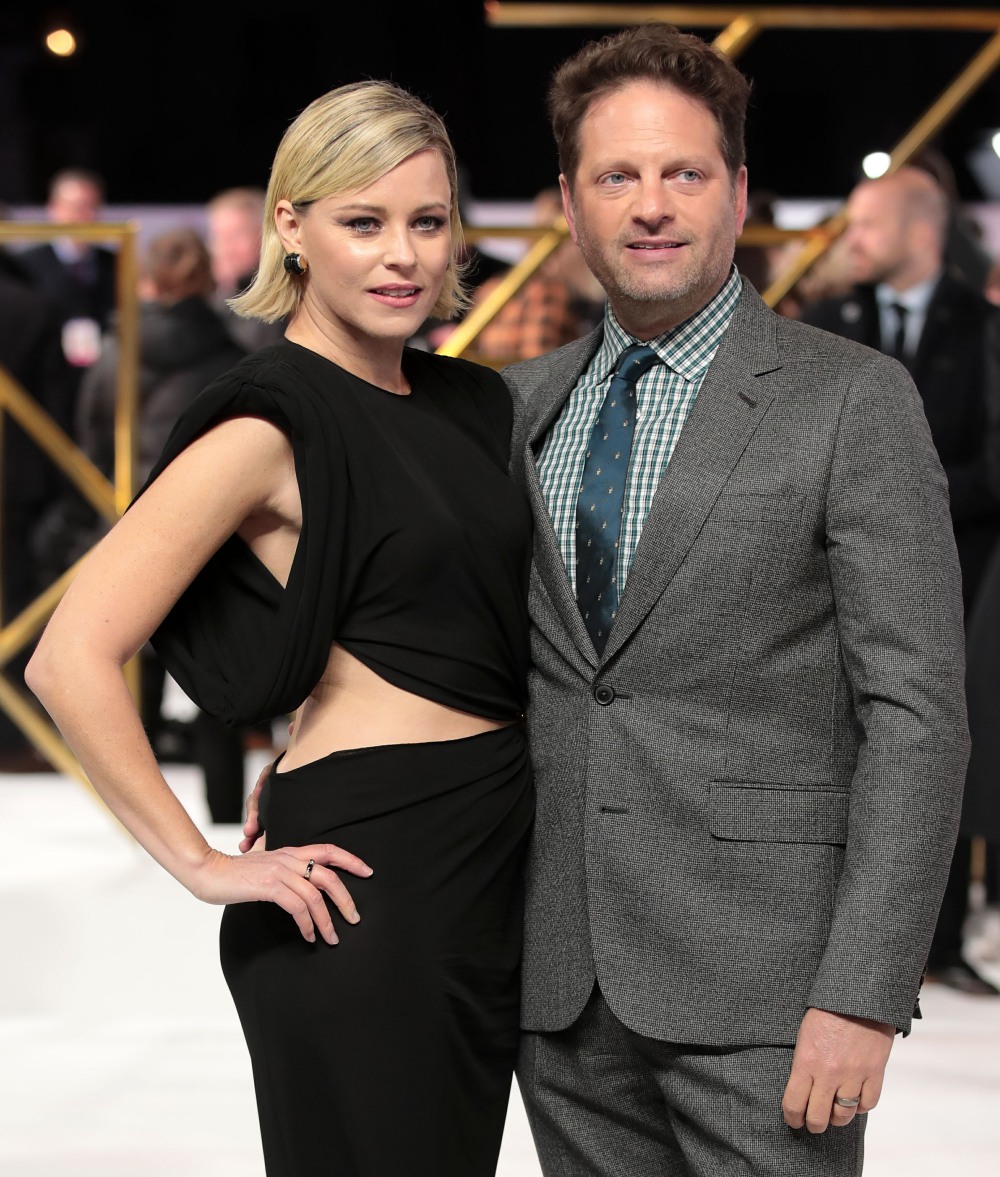