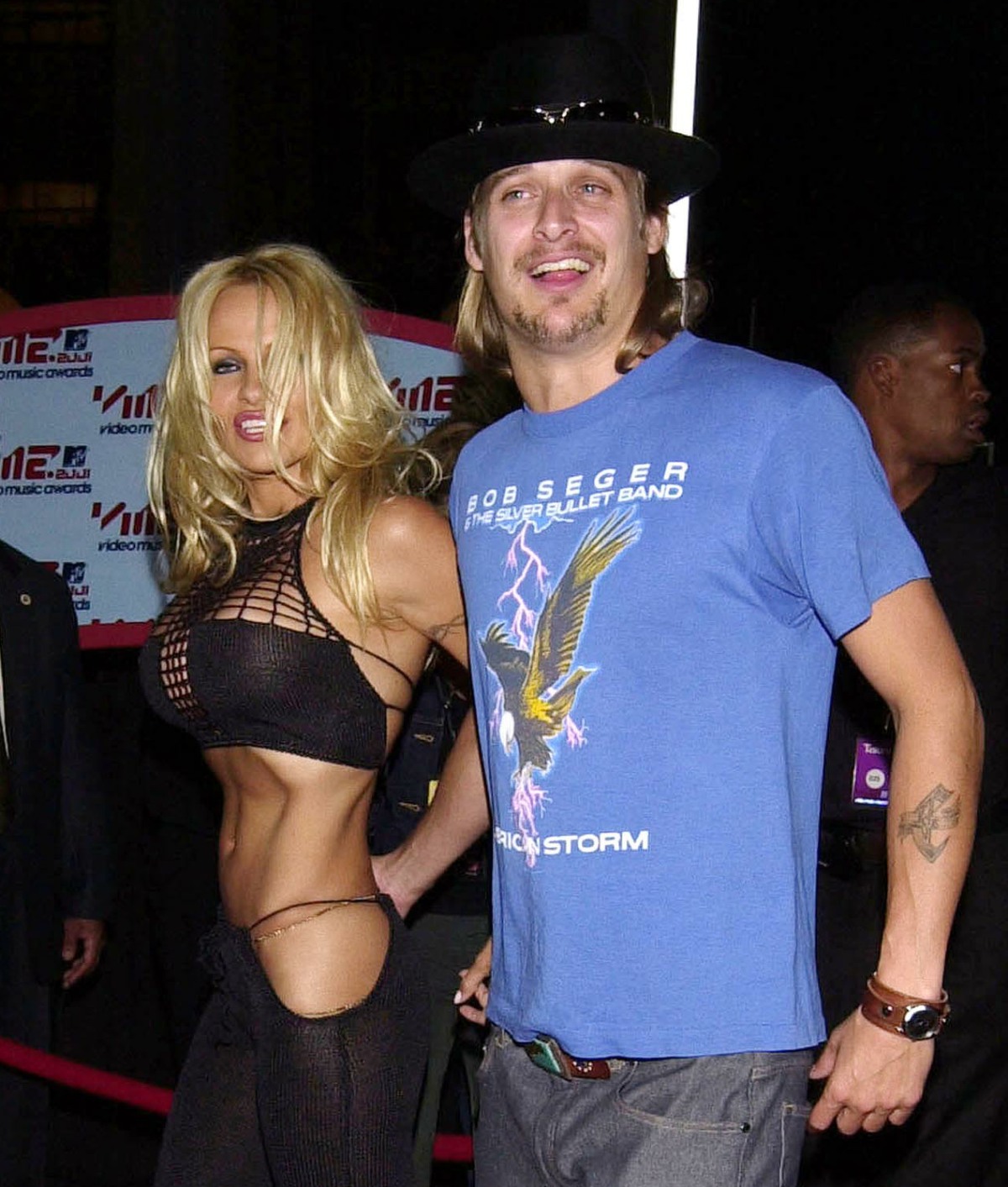 Over the summer, out of nowhere, Kid Rock decided to tweet out some sexist garbage at Taylor Swift, which put me in the unfortunate position of having to defend Taylor Swift. I don’t care for Tay, but she doesn’t deserve to be attacked on Twitter by Kid Rock of all people. He decided to be extra-demeaning about her conversion to the Democratic Party, and he basically said that she’s only a Democrat now so she can break into Hollywood and, like, she’ll still have to give blow jays to people for parts. It was a trash opinion from a MAGA poseur and wannabe redneck. Well, what’s Kid Rock up to these days? Getting wasted and deciding to stand on stage at a bar and trash… Oprah and Joy Behar? What are we even doing?

Kid Rock wants the world to know he HATES Oprah Winfrey (and other talk show hosts), but also … don’t call him racist because of it. His drunken words, not ours. The country rocker went on a wild tirade last week at his own Honky Tonk bar in Nashville — which apparently overserved their boss, ’cause the man was clearly intoxicated as he blasted O from the stage … saying, “F*** Oprah!” and other vulgarities we won’t repeat.

Check out the video, ’cause it’s truly an ugly sight to behold. He lays into Oprah repeatedly and then goes on to attack Joy Behar and Kathy Lee Gifford. We don’t know why he might’ve gone after Kathy, but he and Joy had beef last year — he even called her a bitch on TV. As far as O goes … he’s noted in past interviews that he just doesn’t like her, period. No clear reason as to why, though. Adding insult to injury, KR consistently explains that just because he hates these folks — especially Oprah — that doesn’t make him racist. Some members of the crowd disagreed.

Eventually, Kid — who’s a staunch Trump supporter, BTW — appeared to be so hammered … he had to be helped off stage by security. Not a good look at all.

I don’t think someone is automatically racist for hating Oprah. But I do feel like “why Oprah?” Of all the prominent women in media/pop culture/the world, why decide that Oprah is the one who deserves to be called out so obscenely? Oprah is off in her mansion with her dogs, not giving a f–k about poseur MAGA trash. Anyway, in vino veritas. Kid Rock is a misogynistic and racist POS and it really comes out when he’s sloppy drunk. Big surprise.

Here’s the video. NSFW for language. He’s so gross.