Mark Zuckerberg is not budging about political ads on Facebook 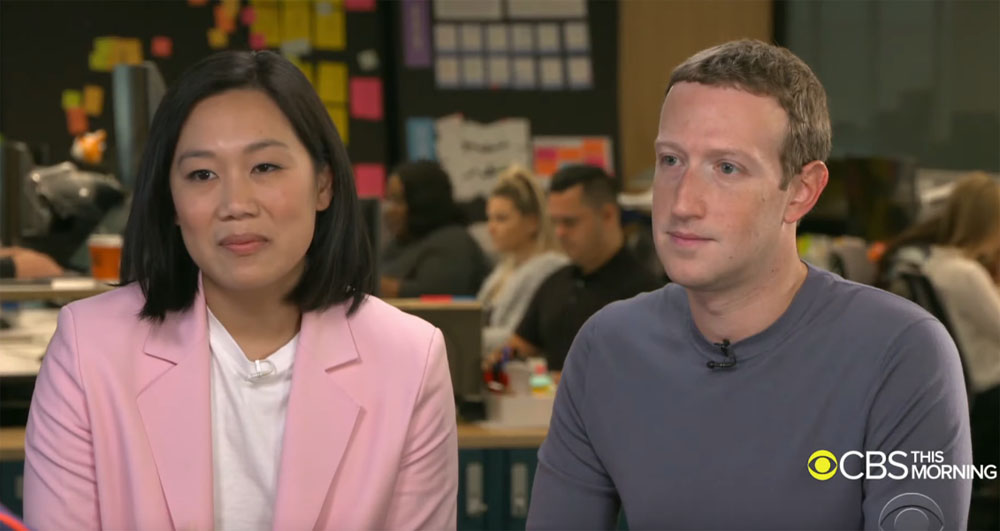 Last week I wrote about Sacha Baron Cohen’s speech to the Anti-Defamation League about the way that social media companies amplify and spread hate. A month before, Zuck got blasted by AOC about Facebook’s hands-off approach to political ads, which the network refuses to fact-check. On Monday, Zuck was on CBS This Morning with his wife, Dr. Priscilla Chan, to talk with Gayle King about the Chan-Zuckerberg Initiative, and Gayle asked about the political ads. Predictably, Zuck dug in his heels and didn’t budge:

Zuckerberg has repeatedly refused to hold Facebook political ads to a standard of truth, despite 200 of his own employees urging him to reconsider the policy, noting “free speech and paid speech are not the same.”

“Well, this is clearly a very complex issue,” Zuckerberg said… “and a lot of people have a lot of different opinions. At the end of the day, I just think that in a democracy, people should be able to see for themselves what politicians are saying.”

This reminds me of the really weak defense, “Let’s agree to disagree,” which people often say when they don’t want to have their (often bigoted) views challenged. No, Mark. It’s not a “very complex issue.” It’s about whether someone is telling the truth or lying. That’s it. And sure, people should be able to read what politicians are saying. Absolutely. That’s not the problem. The problem is politicians being able to spread misinformation. People should be made aware when what a politician has said is complete bullish-t. And if you provide a platform for BS and don’t make good-faith efforts to point out what’s willful deceit, you’re complicit (ask Ivanka what it means) in the problem. Sacha was right when he pointed out that it’s all about money for these companies.

Zuck was also cagey when Gayle asked him about his dinner with Trump. He’s probably getting pressed by Trump and others to ignore the content of ads. It’s a total sh-tshow. I’m very nervous about the election and the way that these issues are going to escalate over the next several months. I just hope that this decision eventually bites Zuck hard.