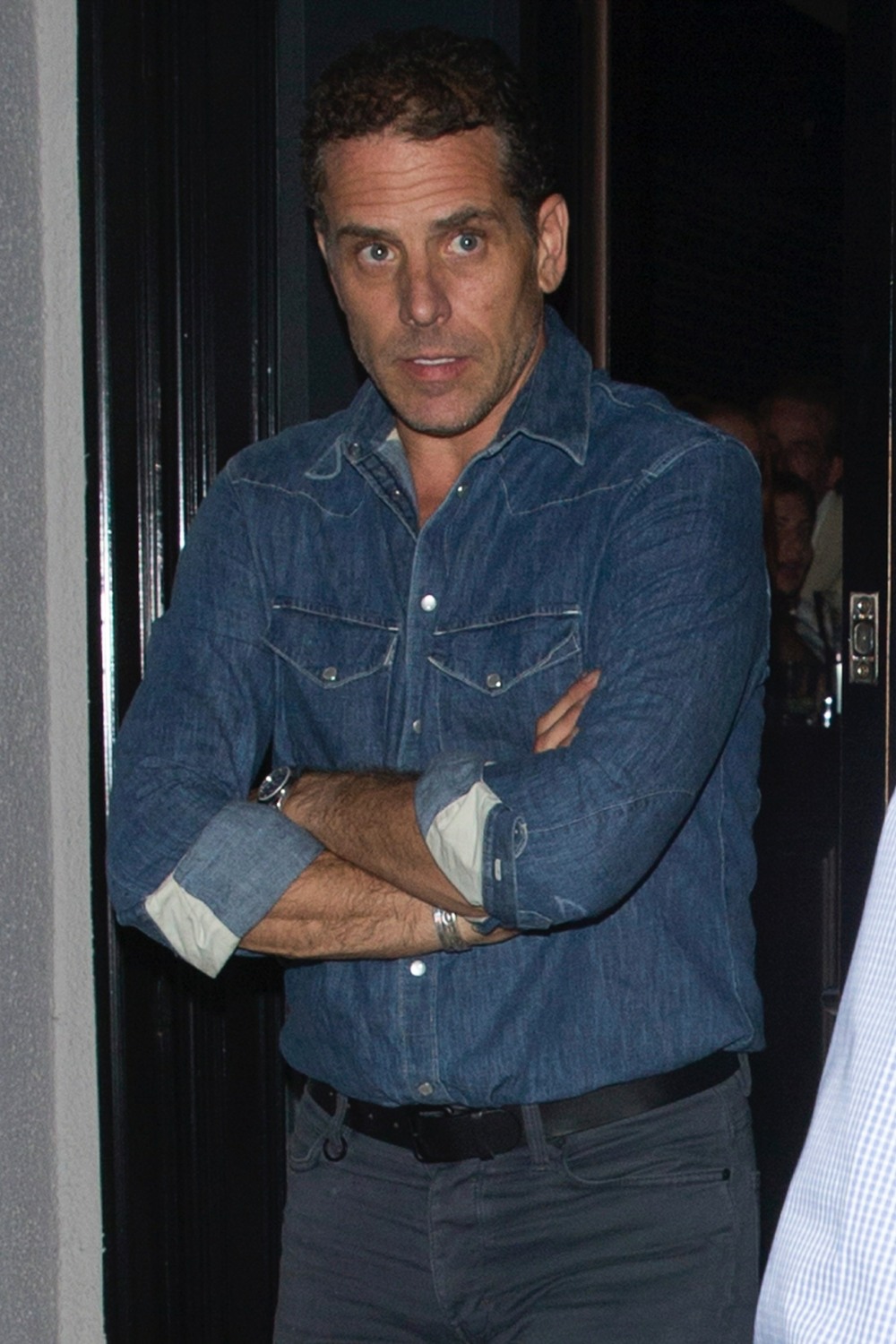 Just so everyone is on the same page, here’s the timeline as I understand it now: Hunter Biden, Joe Biden’s only surviving son, began dating Beau Biden’s widow Hallie shortly after Beau’s death. Hunter and Hallie broke up earlier this year. We now know that the breakup happened because Hunter was screwing around on Hallie with a stripper whose real name is Lunden Alexis Roberts. Lunden got pregnant. Hunter Biden then met a woman named Melissa Cohen – a young, South African Instagram-model type – and they had a whirlwind romance and elopement. They married less than two weeks after they first met. Just after their elopement, Lunden Roberts served Hunter with a paternity claim. He denied knowing her and denied fathering the child. He eventually took a court-ordered paternity test and it turns out the kid is his. And now he doesn’t want to pay child support. And he’s fired his lawyers.

Hunter Biden was a no-show for an Arkansas court hearing Monday in the paternity case against him – as his lawyers unexpectedly filed papers saying they’d been fired, according to reports. The motion by Biden’s attorneys to withdraw from his case was filed moments before the scheduled hearing in Independence County Circuit Court in Batesville, according to the Arkansas Democrat-Gazette. Former Arkansas Attorney General Dustin McDaniel and two co-counsels cited an unspecified “irreconcilable conflict” and also said Biden’s “personal attorney” had “advised undersigned counsel of discharge,” the paper said.

Although Biden, 49, didn’t attend the hearing, the woman who’s suing him – Lunden Alexis Roberts, 28 – sat in the front row of the gallery, wearing a striking, black and white outfit and three-inch heels, according to the Daily Mail. Afterward, Roberts and her father left the courthouse without comment, the Mail said.

Last week, The Post exclusively revealed that Biden was regular at a Washington, DC, strip club where Roberts performed under the stage name “Dallas” around the time that he broke up with his late brother’s widow. Roberts sued Biden in May over the child she gave birth to in August 2018. She’s seeking child support and more than $11,000 in attorney’s fees and court costs.

Although Biden initially denied having had sex with Roberts, she filed court papers last month that said DNA testing proved his paternity “with scientific certainty.” In response, Biden filed court papers that said he was “not contesting paternity” but needed more time to “consult with his accountants.”

During Monday’s hearing, Judge Don McSpadden ordered both Biden and Roberts to submit their financial information ahead of another hearing on Jan. 7, the Democrat-Gazette said.

What’s worth noting in this sea of shenanigans and malarkey is that Hunter Biden really doesn’t want his finances made public, nor does he want to submit any financial statements to a court. Which… bugs me. I mean, it sucks for Lunden Roberts, obviously, because she’s paying for their child out of pocket at the moment. But it sucks even harder because Hunter Biden is a shady mess. I’ve said this before – I 100% KNOW that Donald Trump should be impeached and that his quid pro quo with Ukraine was all about dirtying up the Bidens. That’s one issue. The other issue is that… Hunter Biden really is this f–king sketchy. He doesn’t want to reveal his finances for a reason.