Dwayne Johnson’s daughter noticed he kept getting lost, made him use google maps 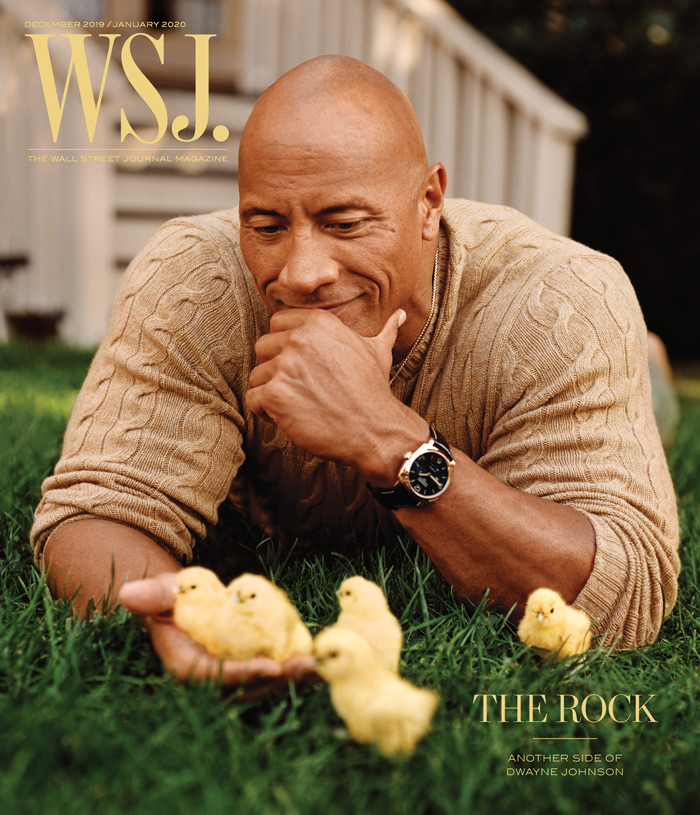 The Wall Street Journal has a new interview and profile with Dwayne The Rock Johnson. It confirms much of what we assume we know about him – that he’s a genuinely good person, that people adore him, and that he has a strong work ethic. He opens up a little about the fact that he was hesitant to get married but decided to take the plunge again after ten years. My favorite part is when his ex wife turned business partner talks about how Dwayne drives himself everywhere and used to just memorize the routes until he screwed up enough that their 18 year-old daughter told him to use his phone! That’s so relatable to me, not as someone who does this but as someone who knows people around his age who do this. I know I have crap directional sense, I’m not taking my chances.

On meeting his wife in 2007
“Within 30 seconds, I thought, Wow, this girl’s stunning. At the time, I was going through my breakup with Dany, and she was just coming off a big breakup too. Ironically, when you’re not looking for something, the power of the universe kind of takes over.” By the time they decided to tie the knot, the couple already had two kids. Was the fact that Johnson’s first marriage didn’t work out partly why he waited so long on the second? “That’s a good question,” he says, seeming to consider it for the first time. “I think so, yeah. My divorce did a number on me. I wasn’t fearful of getting married again, there was just some hesitancy. But Lauren was incredibly patient: ‘I love you, you love me, we have this amazing life together—no presh.’”

His wedding with 9 guests went off without a hitch
“We had a full security detail in case there were helicopters. But there was no press, no paparazzi. No one knew. I was shocked but so grateful. My life is so loud and noisy; the fact that it was quiet was a big win.”

His wedding ring is too big to work out in so he’s having two more made
“One is from a bull’s horn. And the other is from a Tyrannosaurus rex bone. Pretty cool, right?”

He’s definitely supporting a Democrat, but he’s not sure whom
“I’m not voting for Trump. I’ve gotten to know Tulsi Gabbard—we had a really good conversation regarding Mauna Kea. And I’ve become good buddies with Cory Booker. I think he’s a tremendous, high-quality person who’s hungry to do well for our country and our people.”

His ex wife and business manager on how their 18 yo daughter told him to use Google Maps
“He drives himself, always.” As a young wrestler, “he spent so long running around the country— writing down addresses, ‘take a left, take a right’—it took him a beat to finally accept Google Maps. It was our daughter who was finally like, ‘Dad.’ They share locations, and she’d look at her phone and go, ‘Um, he’s very far from where he needs to be.’”

[From WSJ Magazine via Tom and Lorenzo]

Sometimes my son asks me how we used to navigate before phones and online maps. We would read the map, memorize the route, and write it down. It’s not hard, it’s just outdated and unnecessary most of the time. I still do that sometimes with my motorcycle but I mostly ride around the countryside and am planning leisure routes. I have friends who are in their 50s and give directions like “it’s by Kroger, do you know where the high school is?” I tell them I just ask my phone. I always use Google maps on the highway, even for familiar drives, because it knows if there’s a traffic jam and automatically reroutes you, you can’t beat that. I’m trying to teach by best friend how to do this! I just think it’s funny and relatable that a guy my age who is a huge star had to be told by his teenager to use Google maps. Oh and I also share my location with my teenager! I wish he would reciprocate, he only does it occasionally when he’s away from home. I’ll have to come up with a way to get that to happen.

I also really like that the Rock is voting for a Democrat and is making that clear. I don’t think Tulsi Gabbard or Cory Booker are contenders, particularly Tulsi as she’s problematic. I would vote for either just not in the primary. It’s obvious he’s talking about the candidates he’s met though. He sounds like he’s voting blue no matter what, which is the way to be.

This has to be one of the weirdest baby Yoda memes! I like that DJ embraced it and turned it around on Kevin Hart. I’m so watching Jumanji 2. Like Hecate I loved the first one.

Thank you all so much for your well wishes, love & support 🖤 Can’t wait to bring this little nugget home to meet his brother @kevinhart4real. Via @complexpop #iamyourfather

14 Responses to “Dwayne Johnson’s daughter noticed he kept getting lost, made him use google maps”