Here’s hoping this goes over better the second time…. Merry Christmas to my actual girlfriend (pls don’t leave me)🎄🚲


People have been talking about the terrible Peloton commercial that went viral because of how awful it was. A husband gifted his wife a $2,000 exercise bike for Christmas, and then she spent the next year recording videos of her workouts for him. People were also upset because they wondered what the husband’s motives were for getting his slender wife the bike in the first place. Slender doesn’t automatically equal fit and healthy, of course, just as the reverse doesn’t automatically indicate that someone unfit and unhealthy, but people read the character that way, which added one more layer to the whole mess.

The actress who played the wife, Monica Ruiz, was recruited for a commercial for Ryan Reynold’s Aviation Gin that the company put together to capitalize on the Peloton backlash. The commercial takes place in the same universe as the Peloton commercial: The wife has left her husband. She sits with two friends at a bar where they toast to “new beginnings,” and one of her friends tells her that she’s “safe.” Meanwhile, Sean Hunter, the actor who played the husband in the commercial (whose Instagram handle is “pelotonhusband”) has spoken out about the problematic commercial and having to deal with people conflating him with the man he played. But, he seems to be doing OK, now. He recently shared a picture of himself, his girlfriend, and a gift he got her for Christmas, which was, what else? a Peloton bike. That post is above.

Hunter also seems to have changed his tune on the response to the ad, telling People: “I’ve been sent a few negative messages on Instagram, but the majority has been positive.” He also said that while Monica has been quieter about the ad, he’s happy to share his story and thinks “it’s important to discuss these issues and address the reasons why people feel this way.“ For her part, Ruiz seems to have blamed herself. She told Hoda on Today, “It was my fault! My eyebrows looked worried”, and added that she’s “fine.”

I was annoyed by Peloton’s commercial last year, so I was not surprised when this one came out. I can understand Hunter’s initial annoyance if people were, in fact, being jerks to him, because a job is a job. He just wasn’t planning on the tone of the exposure, and being treated as his character. But, he whined about it, further blurring the lines between reality and fiction. Then he realized he needed to not keep biting the hand that was feeding him, and backtracked and said what he initially should have, which is that the issues that people were raising were important and worthy of discussion. All I can say is that I hope his girlfriend asked for the bike. Also, did Peloton give it to him for free? 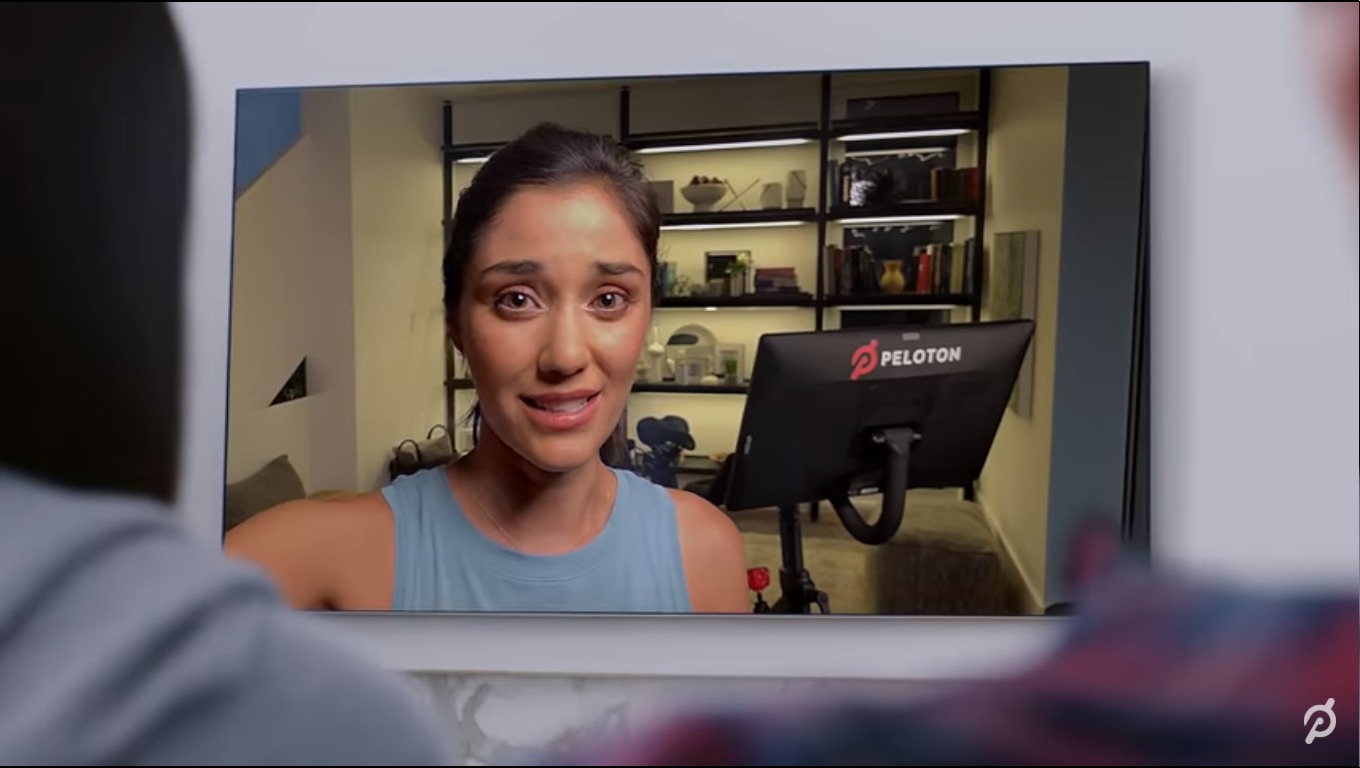