Sofia Vergara in Dolce & Gabbana at the Golden Globes: typical for her? 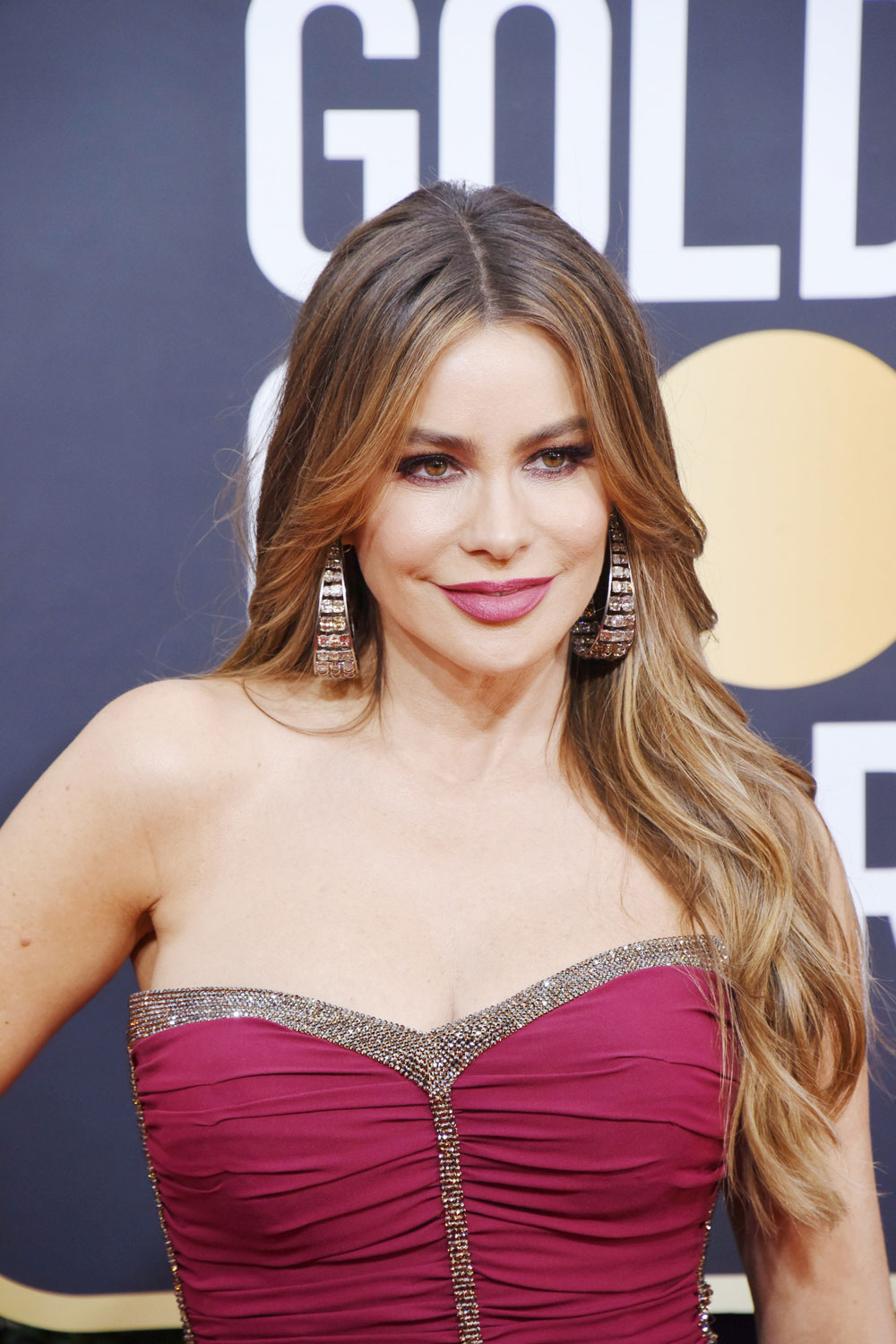 Just recently I was describing what it’s like to do fashion commentary, and I used Sofia Vergara as an example. I said “Do you know how Sofia Vergara always wears fitted mermaid dresses? Well you notice when she sticks or veers from that look and mention it.” So here she is in a red Dolce & Gabbana strapless gown with silver sequin piping. This is her typical look but she still worked it. I loved her giant hoop earrings they were amazing. Sofia presented with Matt Bomer and she called him out for saying one of her lines. Some people thought that was a bit, but I though she was just standing up for herself. She wore Dolce & Gabbana though, and given how problematic those designers are this was absolutely a choice. 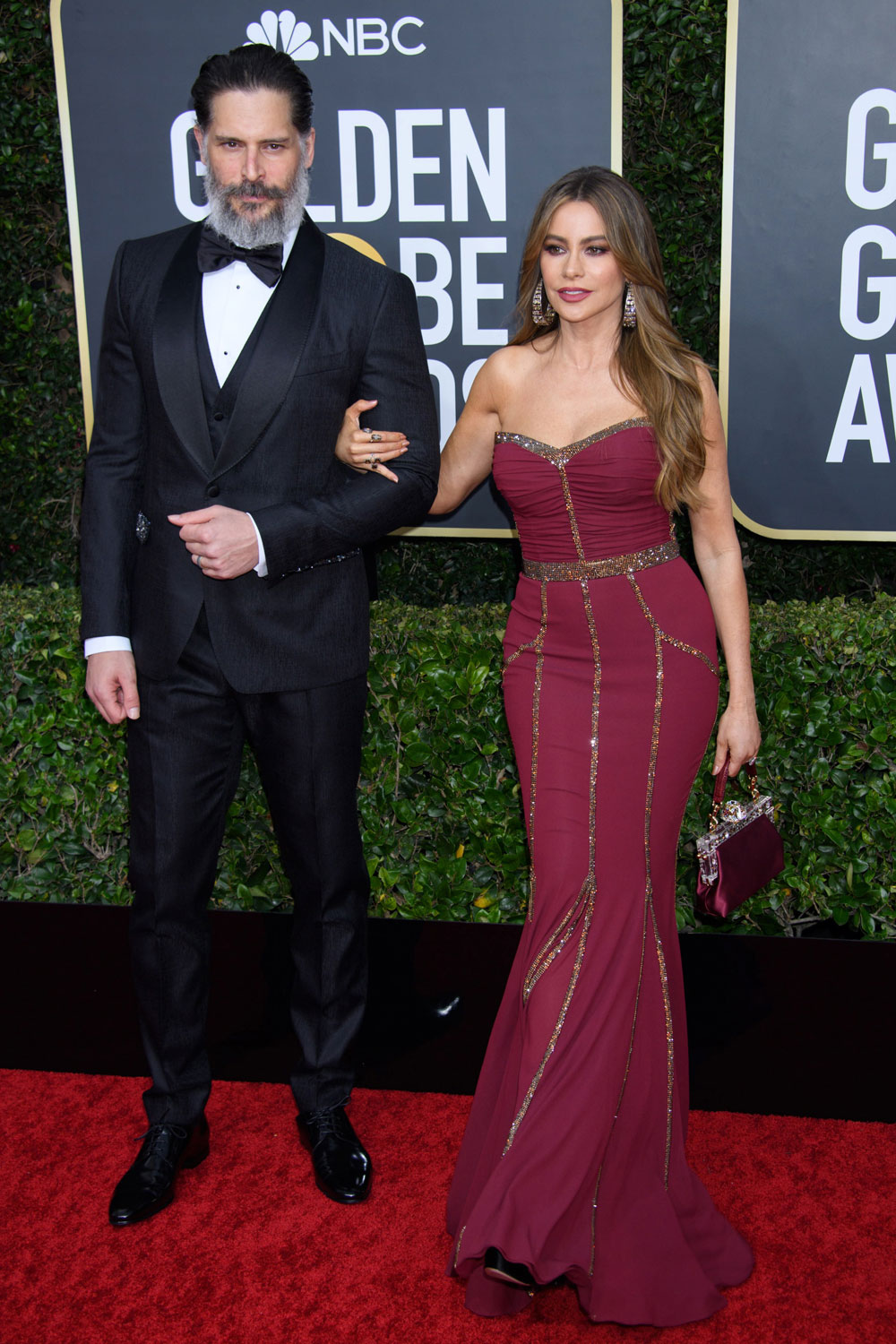 Also in a fitted dress with sequin piping was Molly Sims. I don’t have a designer ID on this and she posted three photos to Instagram without mentioning it! I think I would like this better without the ruffles. The top half is gorgeous. 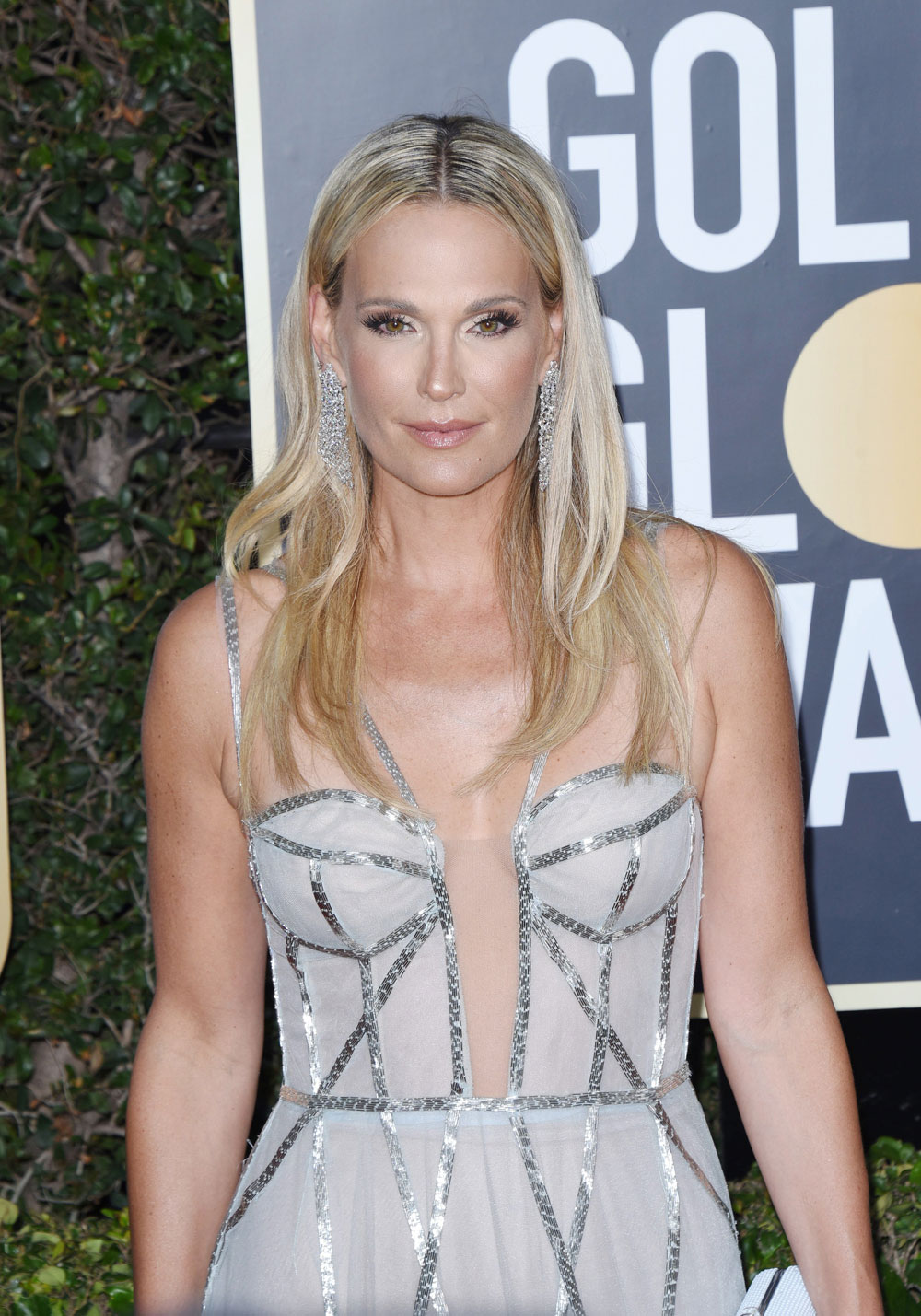 Gillian Anderson was in a boat neck white column gown with subtle sequin straps that trailed down to an open back and a kind of tied-off side capelet. This is an incredible look and so elegant! 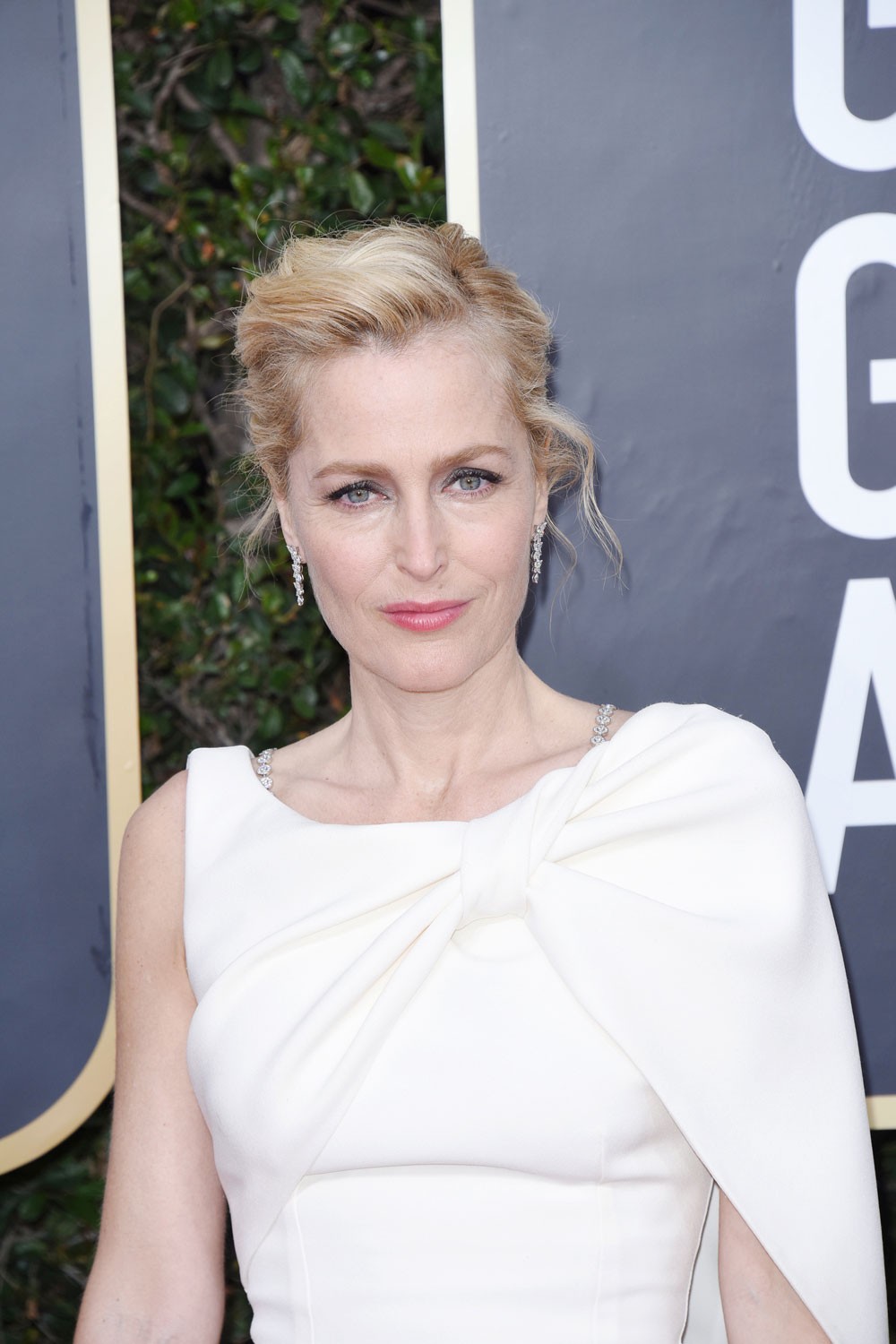 Look at the back! 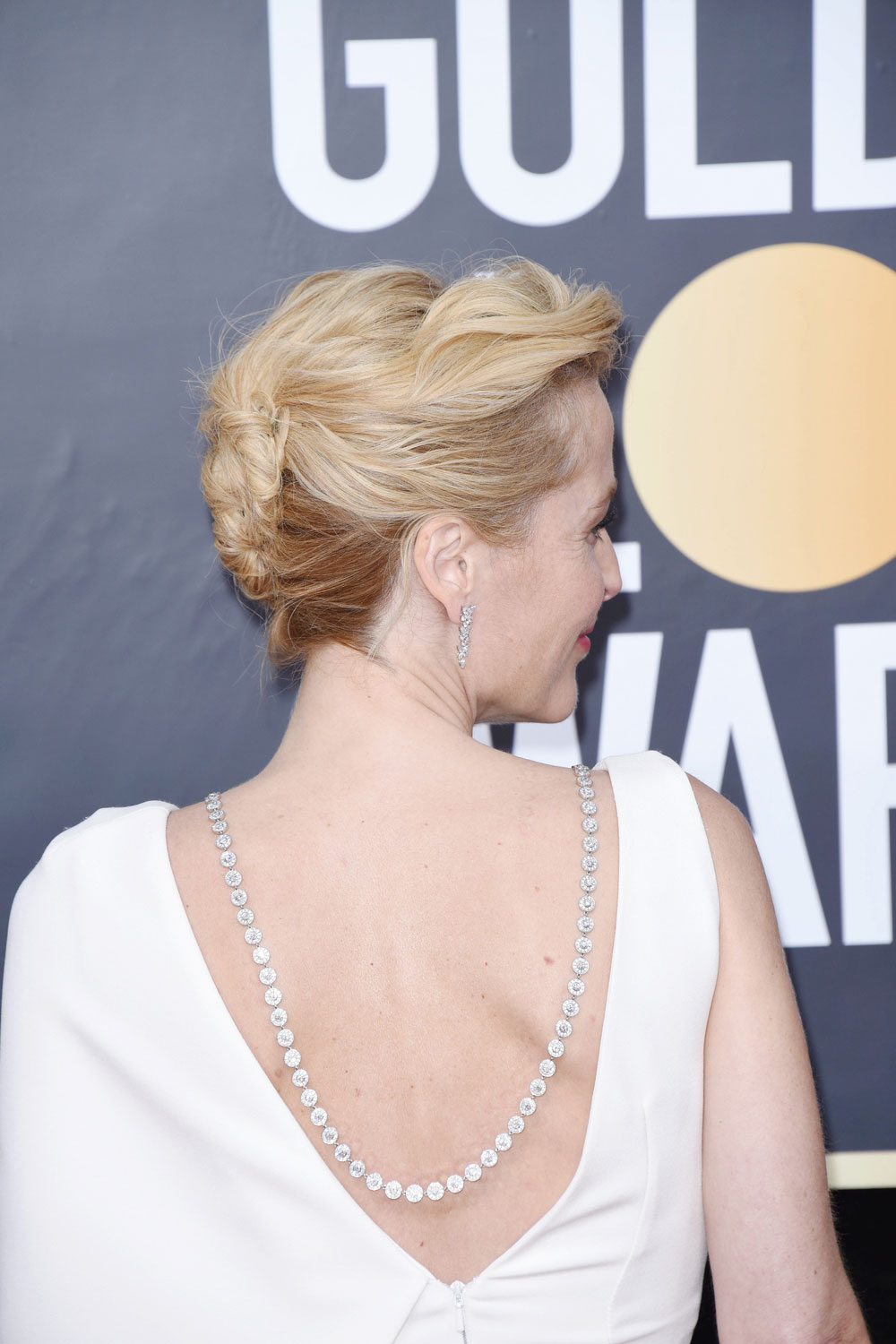 Idina Menzel also served up an awesome white column gown. I love the subtle beading and details one the side of the bodice and the cape is so dramatic. This is by Paule Ka.

Joe doesn’t look as hot with that beard, right? 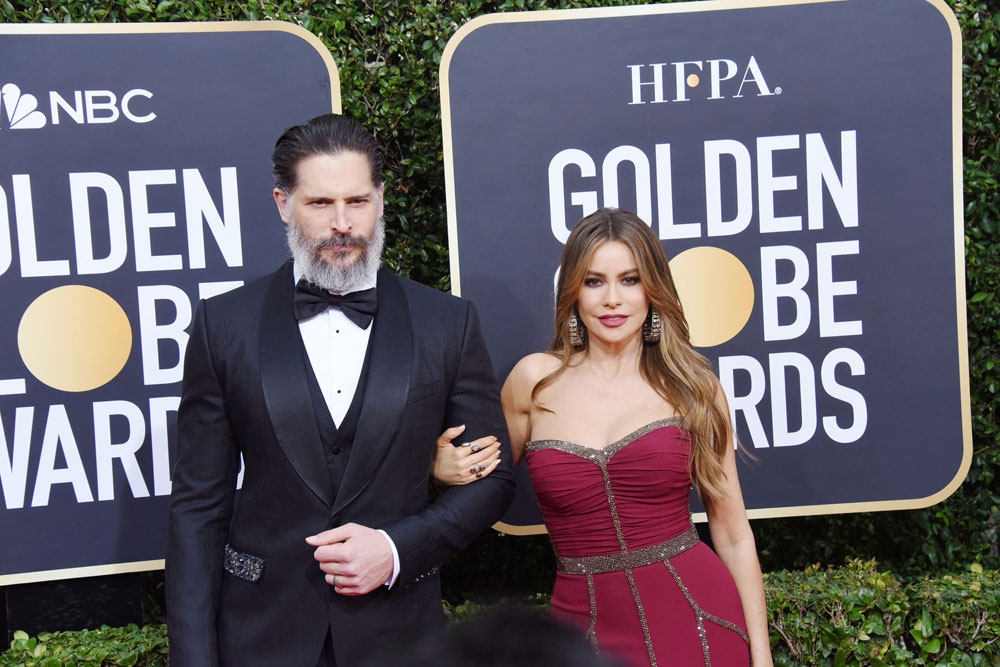 34 Responses to “Sofia Vergara in Dolce & Gabbana at the Golden Globes: typical for her?”