Billy Porter in Alex Vinash at the Golden Globes: amazing as always? 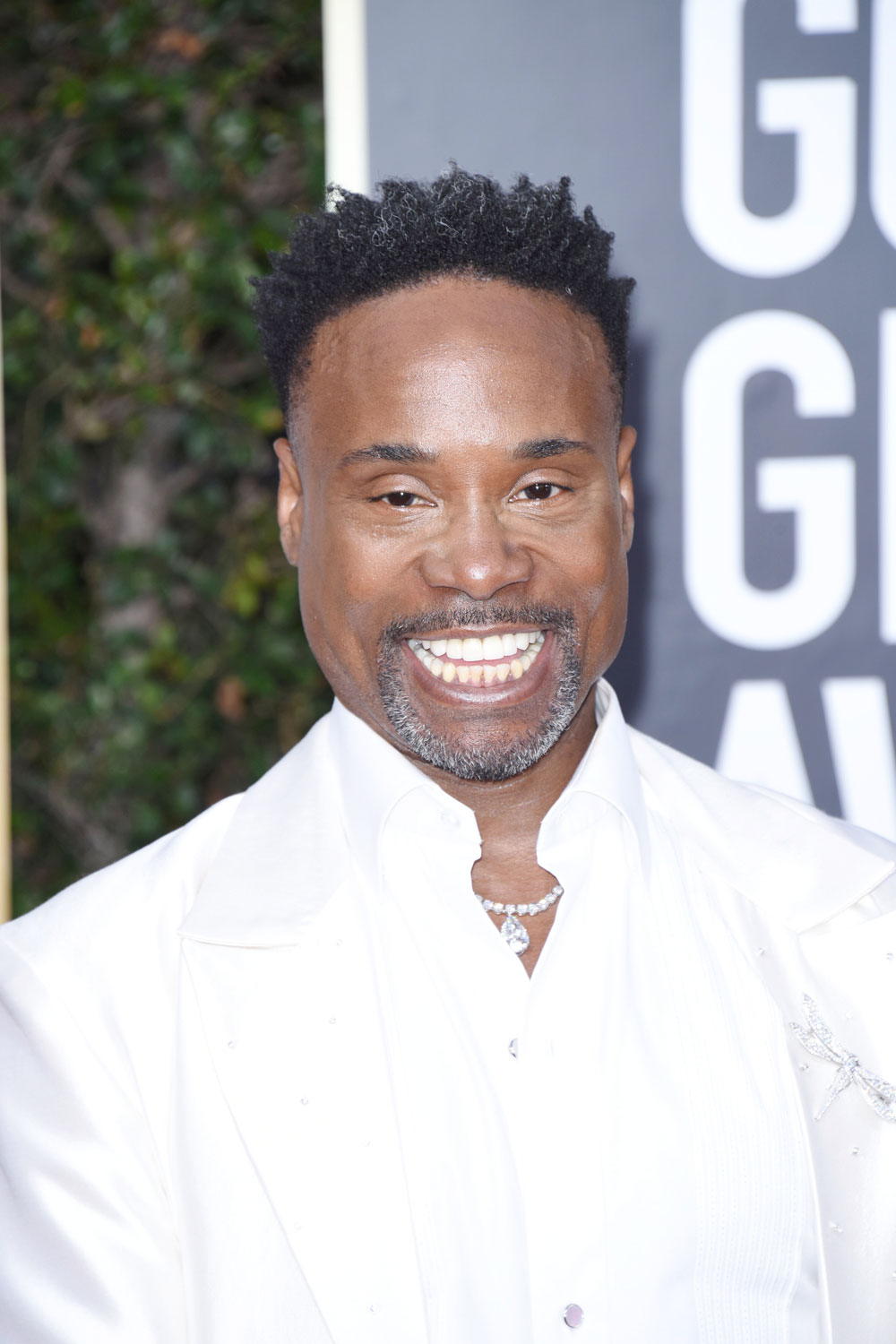 Billy Porter is always so notable on the red carpet that the expectations are set so high for him. Do you remember last year’s Oscars when he wore a velvet ball gown? Also did you know he’s just an Oscar away from an EGOT? It’s true and I want that to happen for him. Unfortunately he didn’t win another Globe last night, he was nominated Best Performance by an Actor in a Television Series for Pose. That went to Brian Cox for Succession, but he won last year in that category so I’m sure he’s fine. Billy was in a custom white Alex Vinash suit with a huge feather train. He told Ryan Seacrest that it took three months of work and that he had to get the suit made before he knew he would be nominated! The feather part zips out so he can sit. I love him and love seeing what he’s wearing. He always brings it. 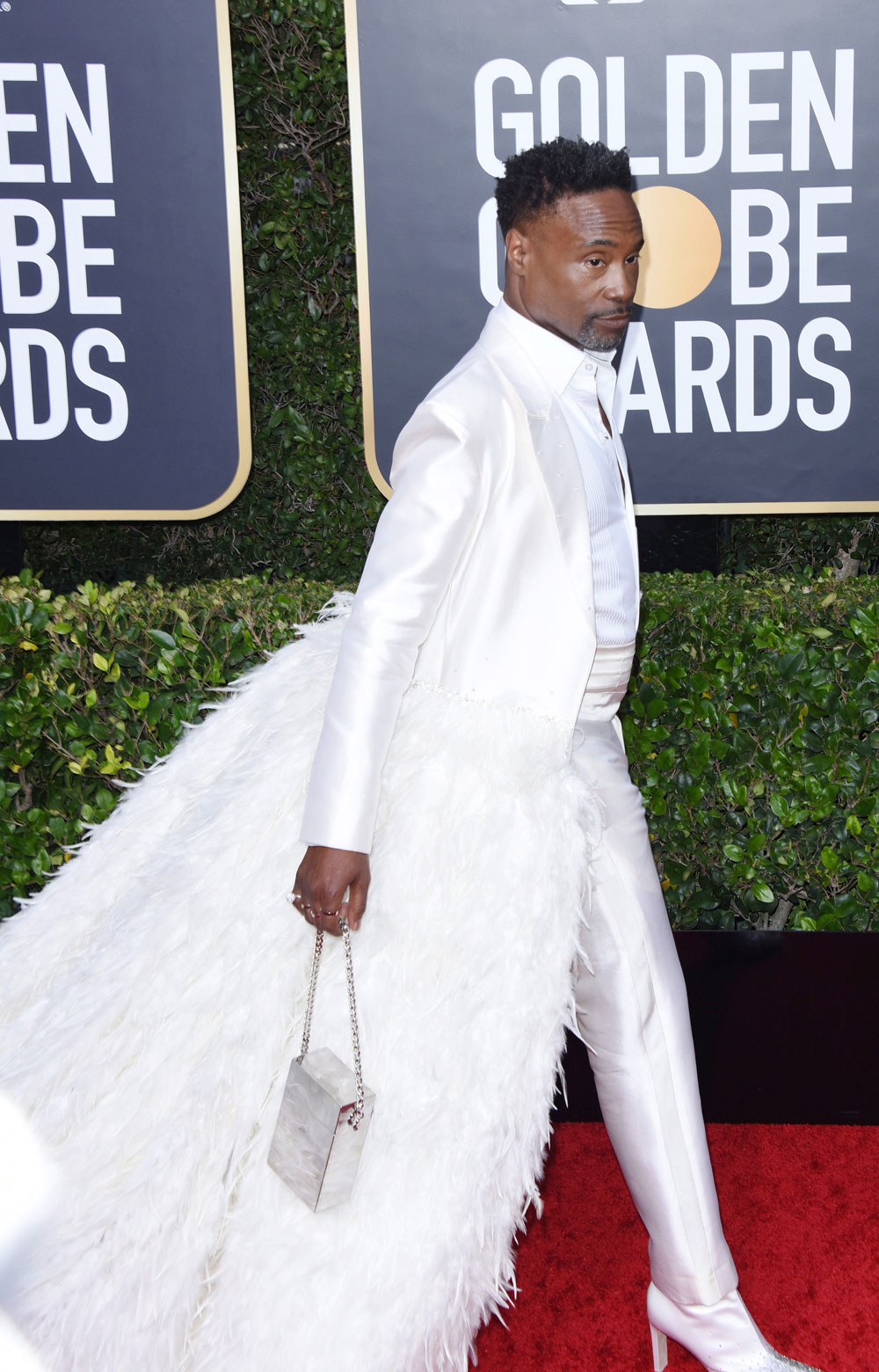 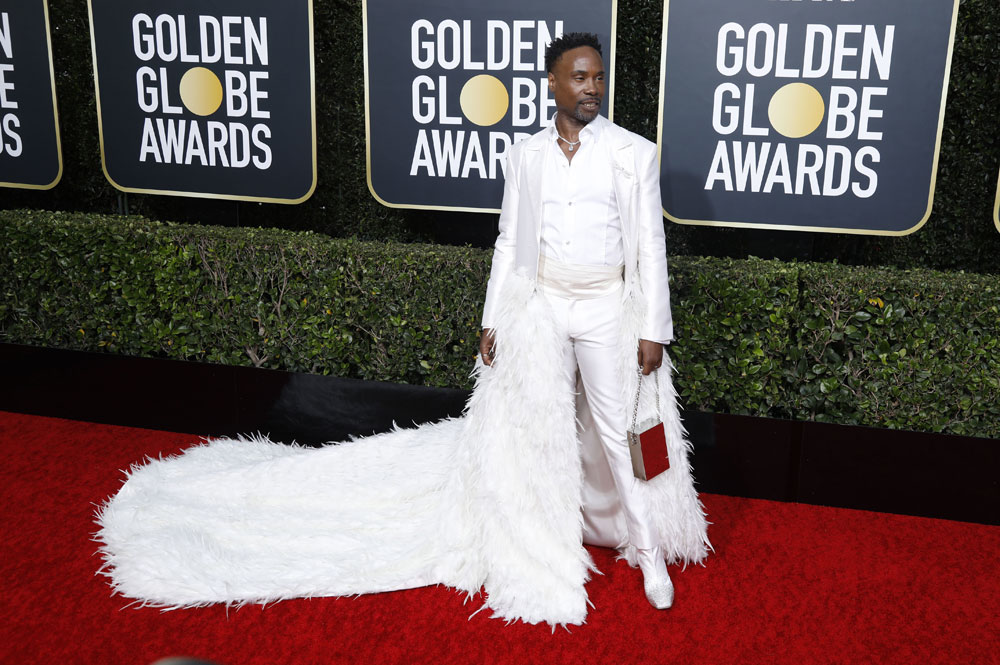 Rachel Brosnahan was in eggplant Michael Kors. She was nominated for Best Performance by an Actress in a Television Series – Musical or Comedy for Marvelous Mrs. Maisel. She won the Globe for that the past two years so I’m sure she wasn’t broken up about it. I kept marveling how gorgeous her hair and makeup looked on camera. A few women had gorgeous soft wavy hair like that. 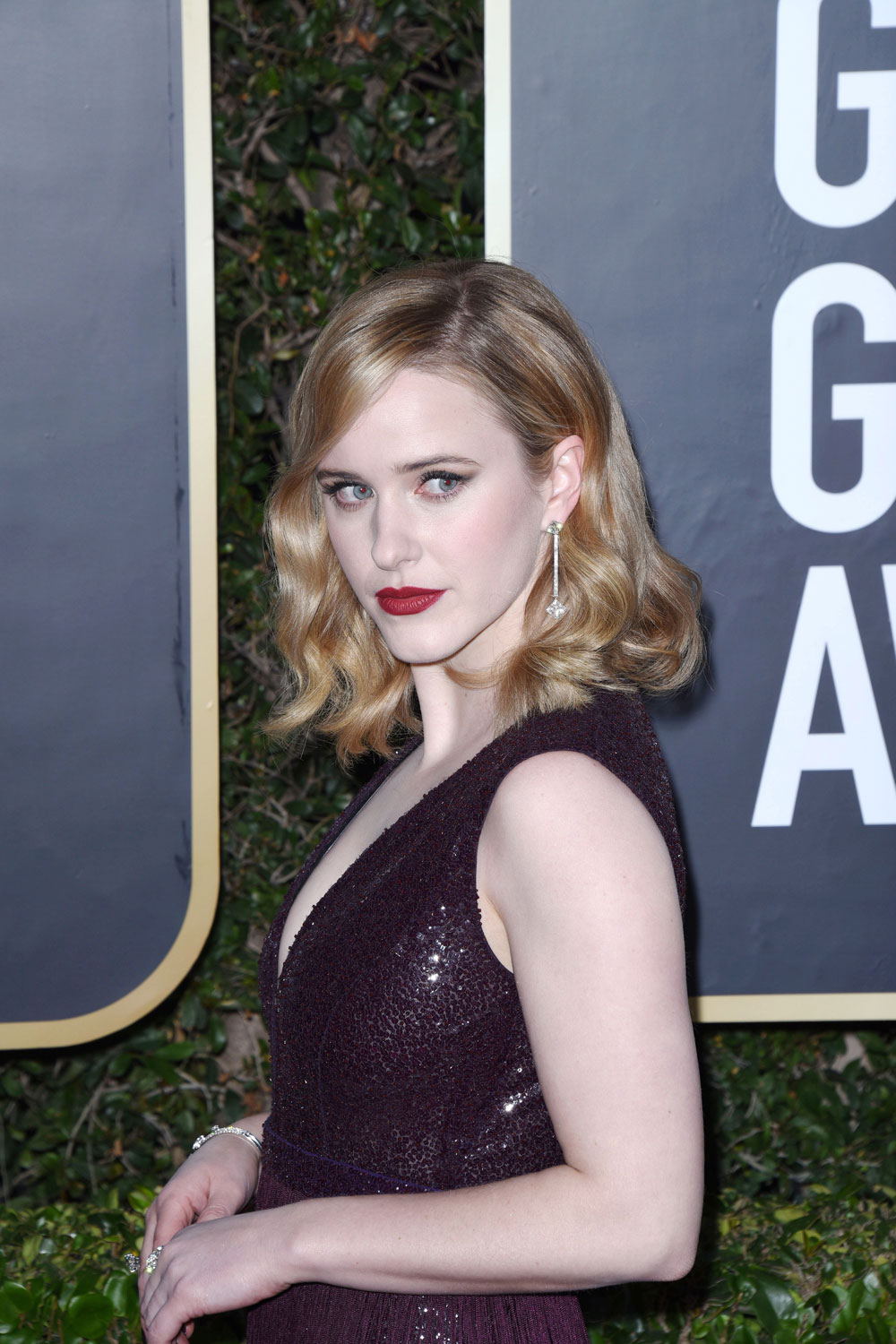 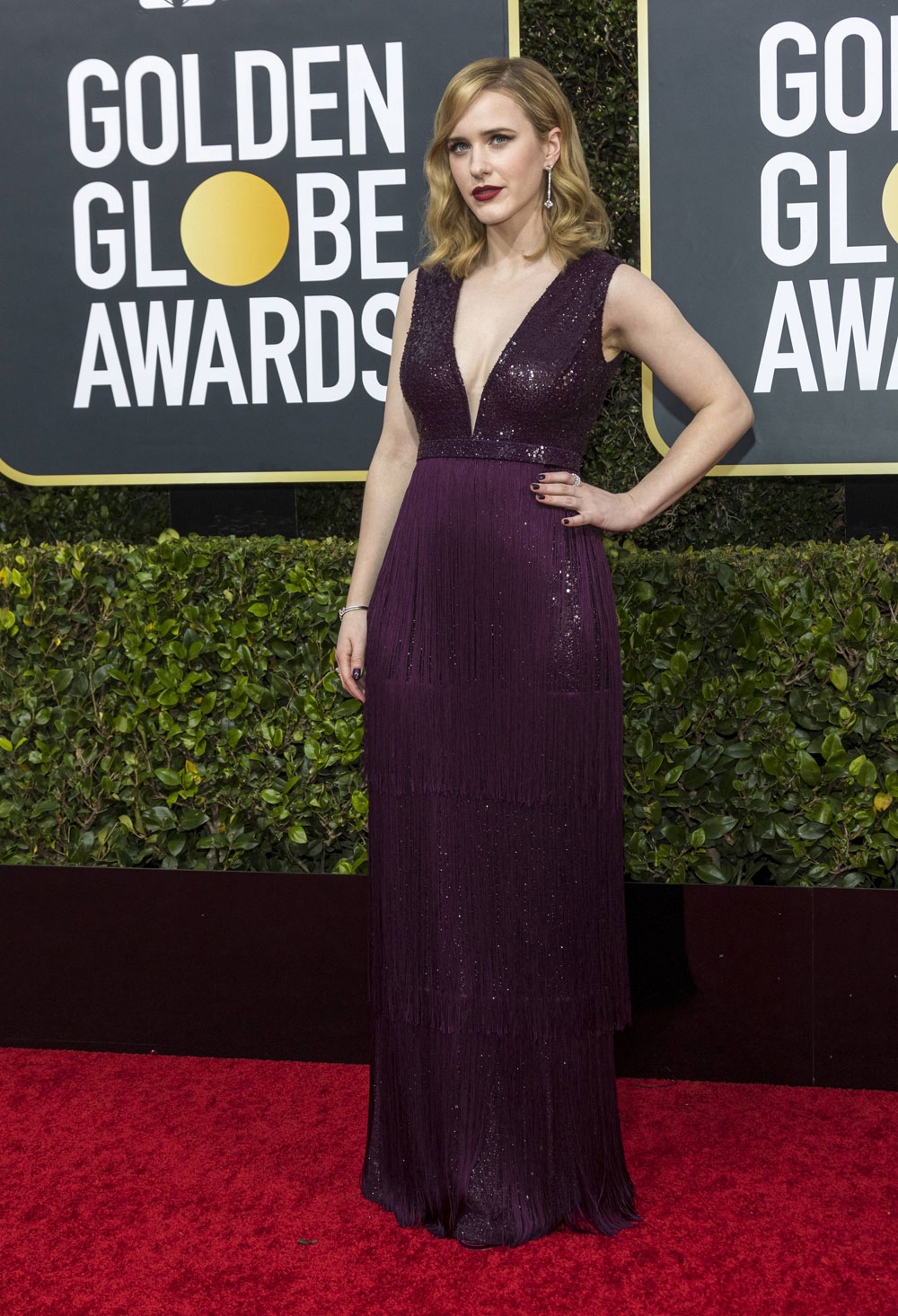 Christina Applegate was nominated in Brosnahan’s same category, for Dead to Me. If you haven’t seen that Netflix series yet, watch it! You’ll want to have time because you won’t be able to resist binging it. She had on a sequin striped deep v-neck Pamela Roland gown. It wasn’t my favorite but it was cute enough. 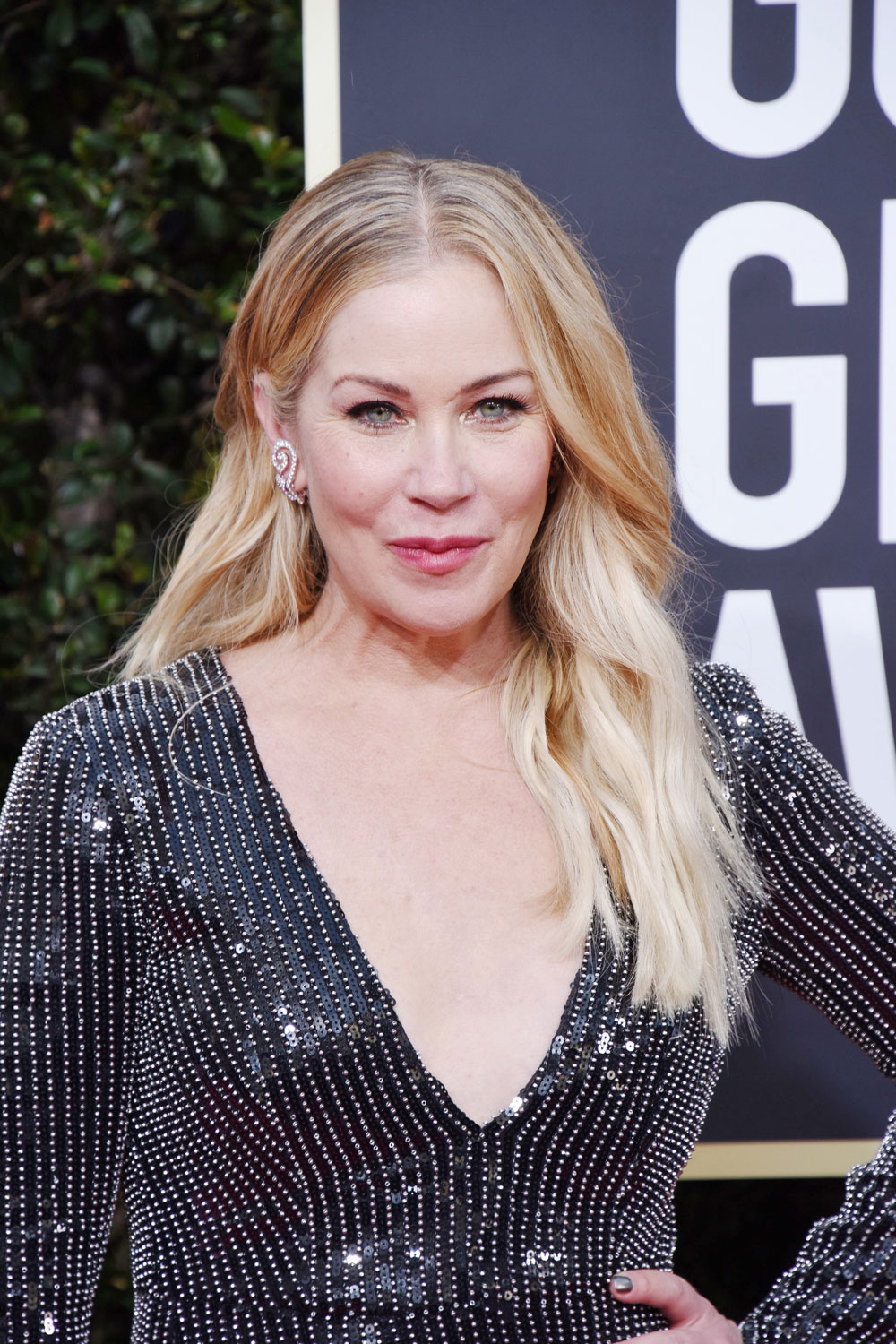 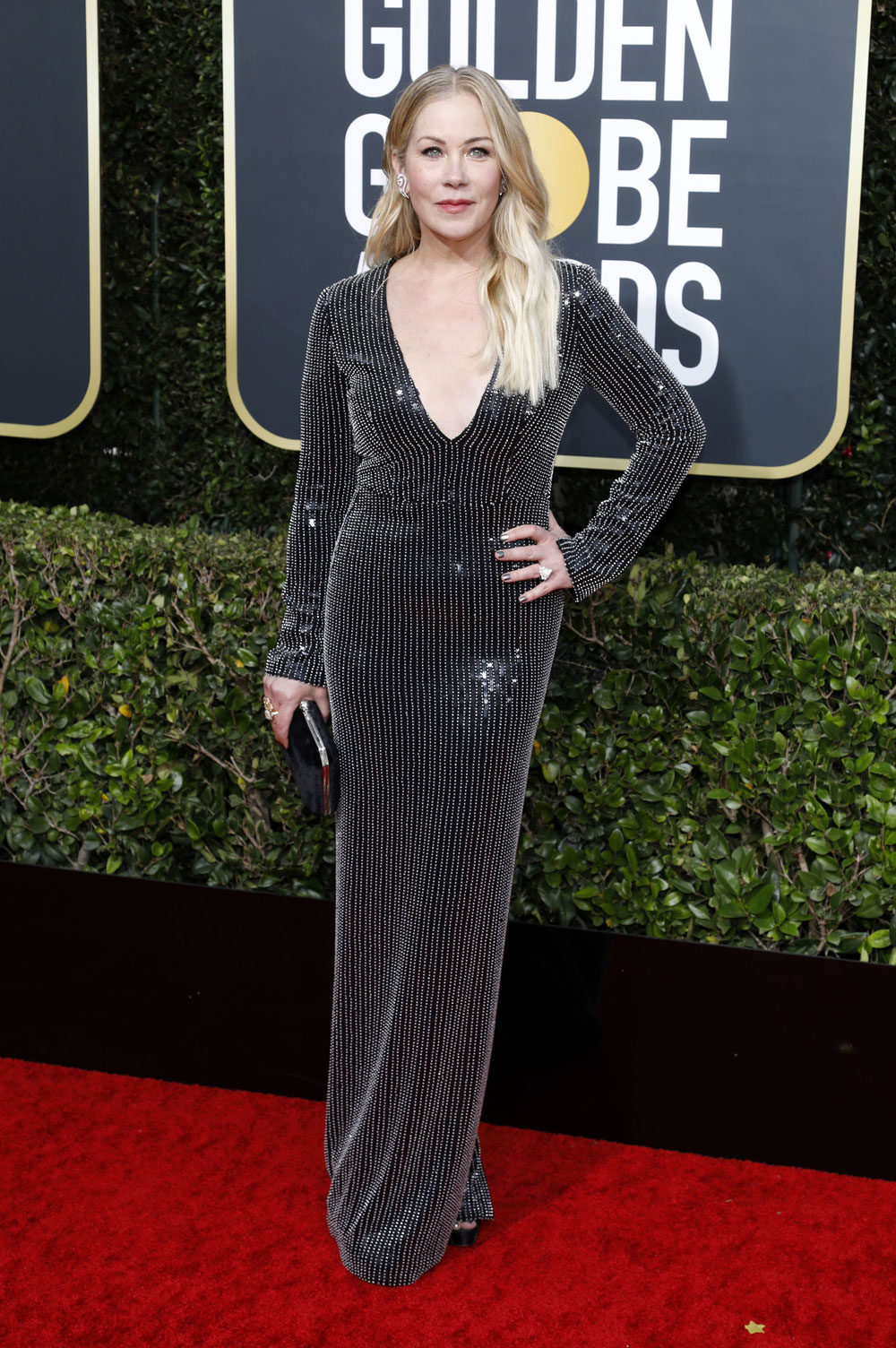 Nominee Natasha Lyonne was in Moschino. If you haven’t seen Russian Doll yet, or if you watched a few minutes and got turned off by the dialogue, give it a chance. It gets better and is well worth the time. As for this dress, remember the giant bow dress Charlize Theron wore to the 2006 Oscars? It reminds me a little of that. 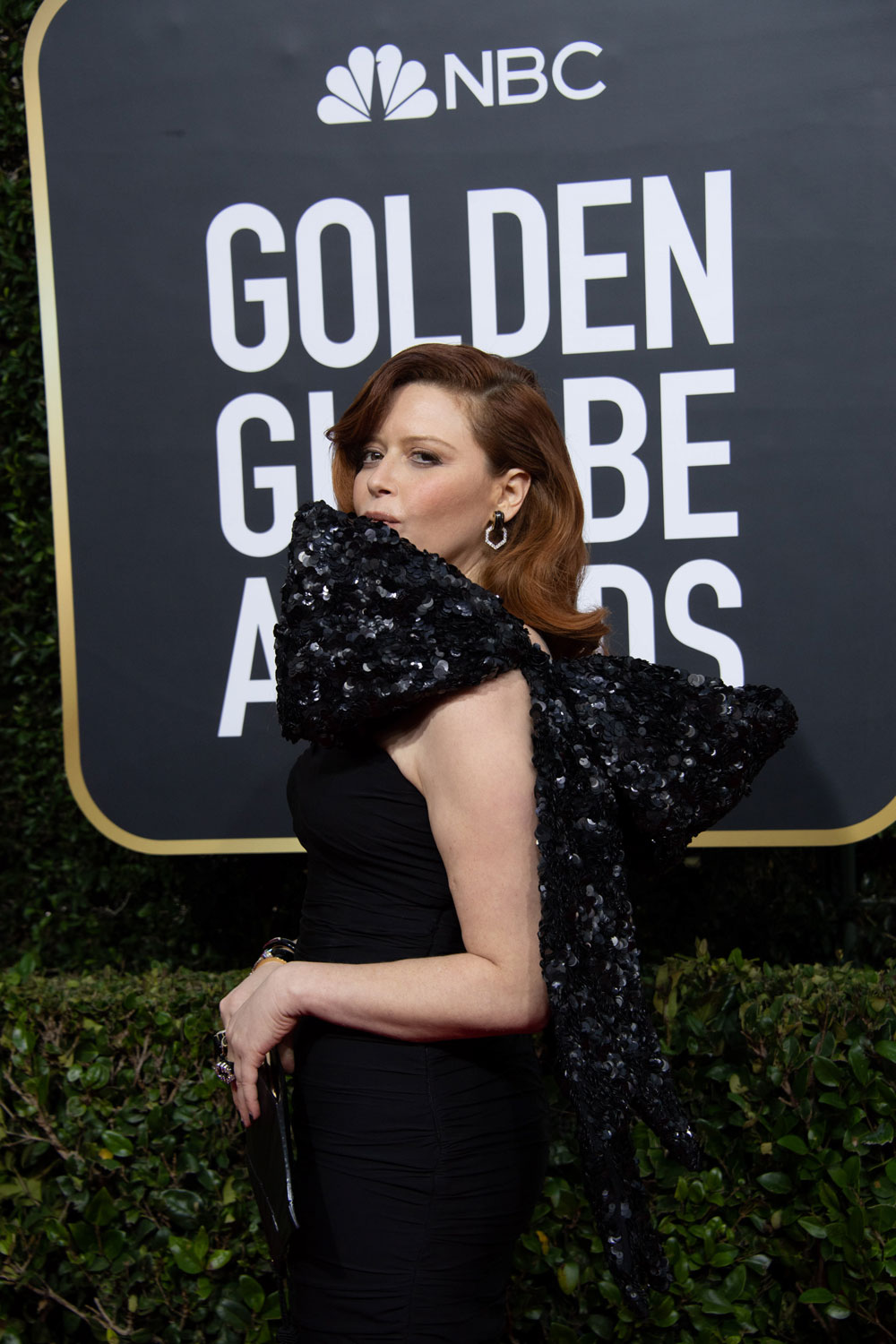 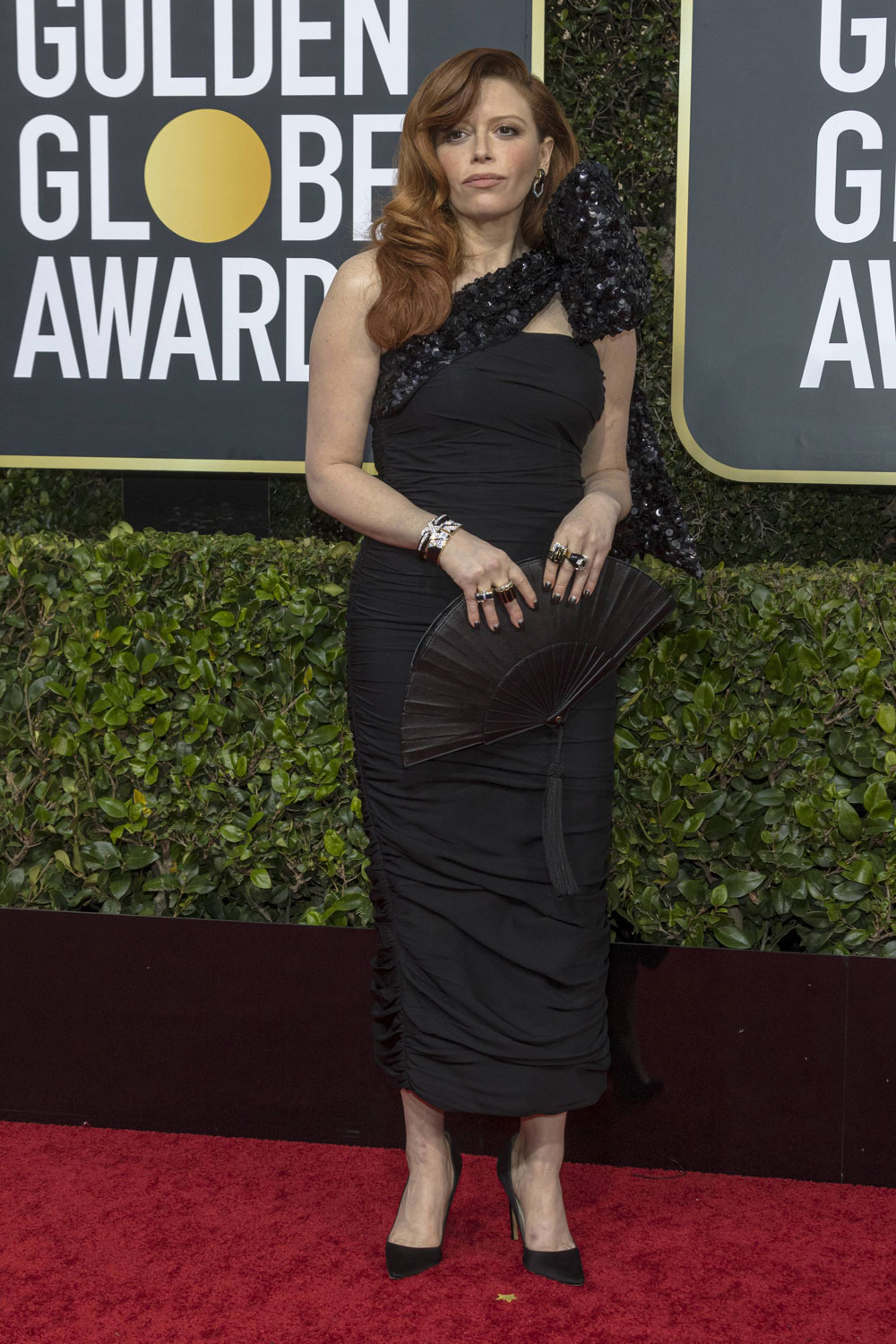 14 Responses to “Billy Porter in Alex Vinash at the Golden Globes: amazing as always?”