Did Charlize Theron have the best Dior look at the Golden Globes or nah? 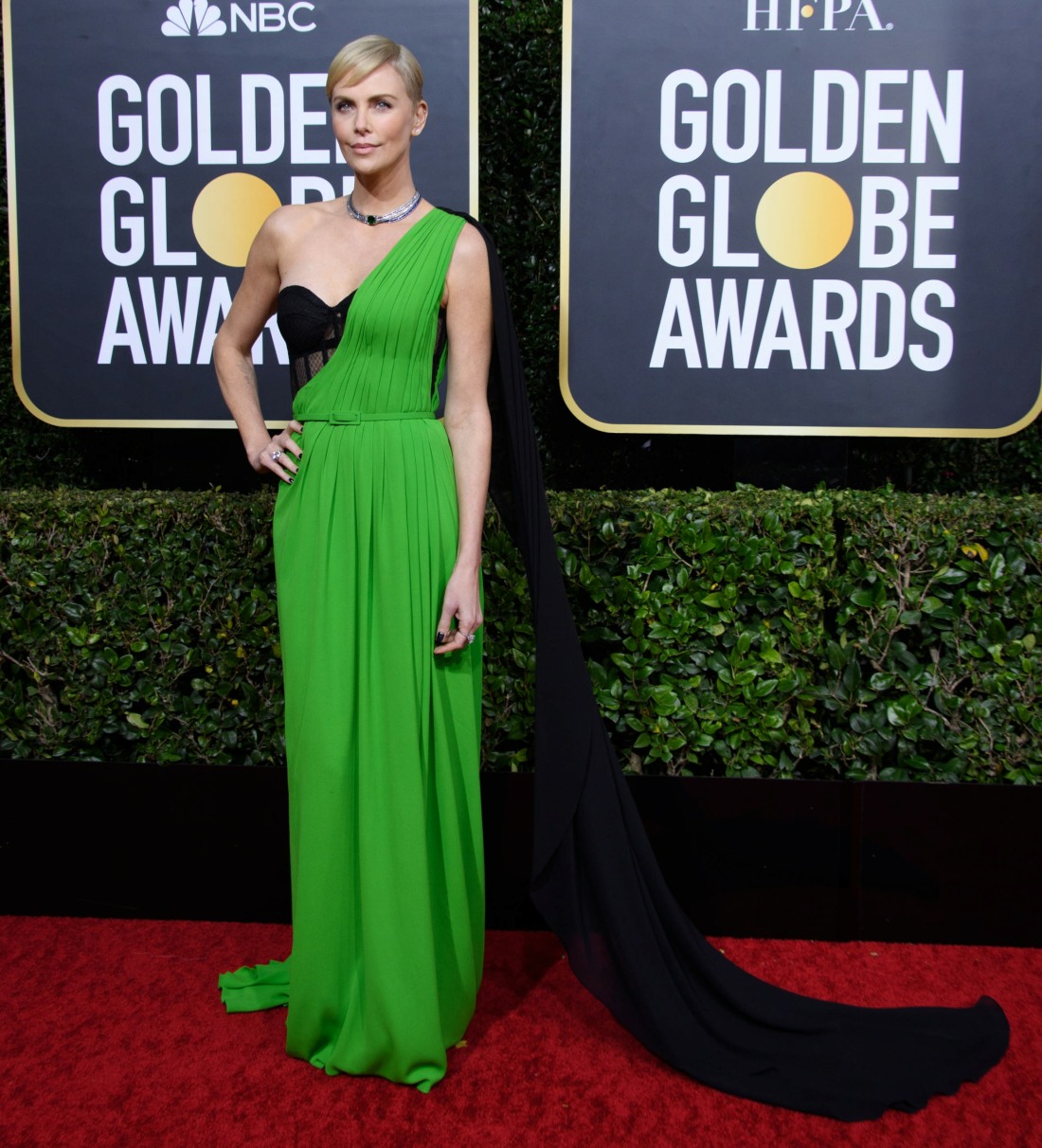 I was low-key shocked by the number of women dressed in Dior at last night’s Golden Globes. Usually, Dior only dresses a handful of A-listers and they make sure that everything is on-point. This year, they dressed about a dozen women and most of this sh-t looked like knock-off Versace or budget Rodarte. It was definitely weird – there was no rhyme or reason to any of the Dior looks. Anyway, here’s Charlize Theron in Dior. I thought this was Versace, but… like, weird Versace. I’ll give the look some credit: the corset/bustier thing was impeccable. It was the lime green fabric drape that threw off the look. Plus, I just haven’t enjoyed Charlize’s styling recently – she doesn’t know what to do with her hair and it shows. 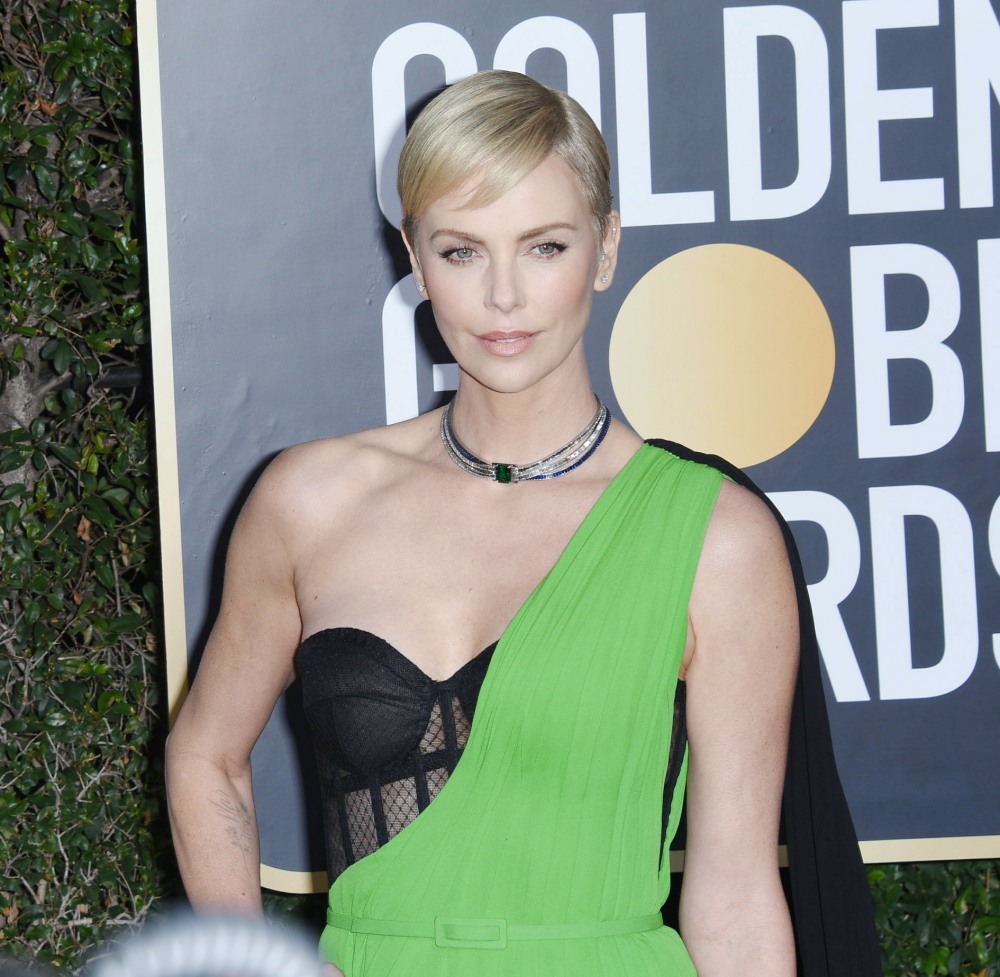 Awkwafina wore Dior and she won Best Actress in a Comedy/Musical for The Farewell. Which is a great little movie and I’m so happy for her, and happy for the film. This look is very… Awkwafina. 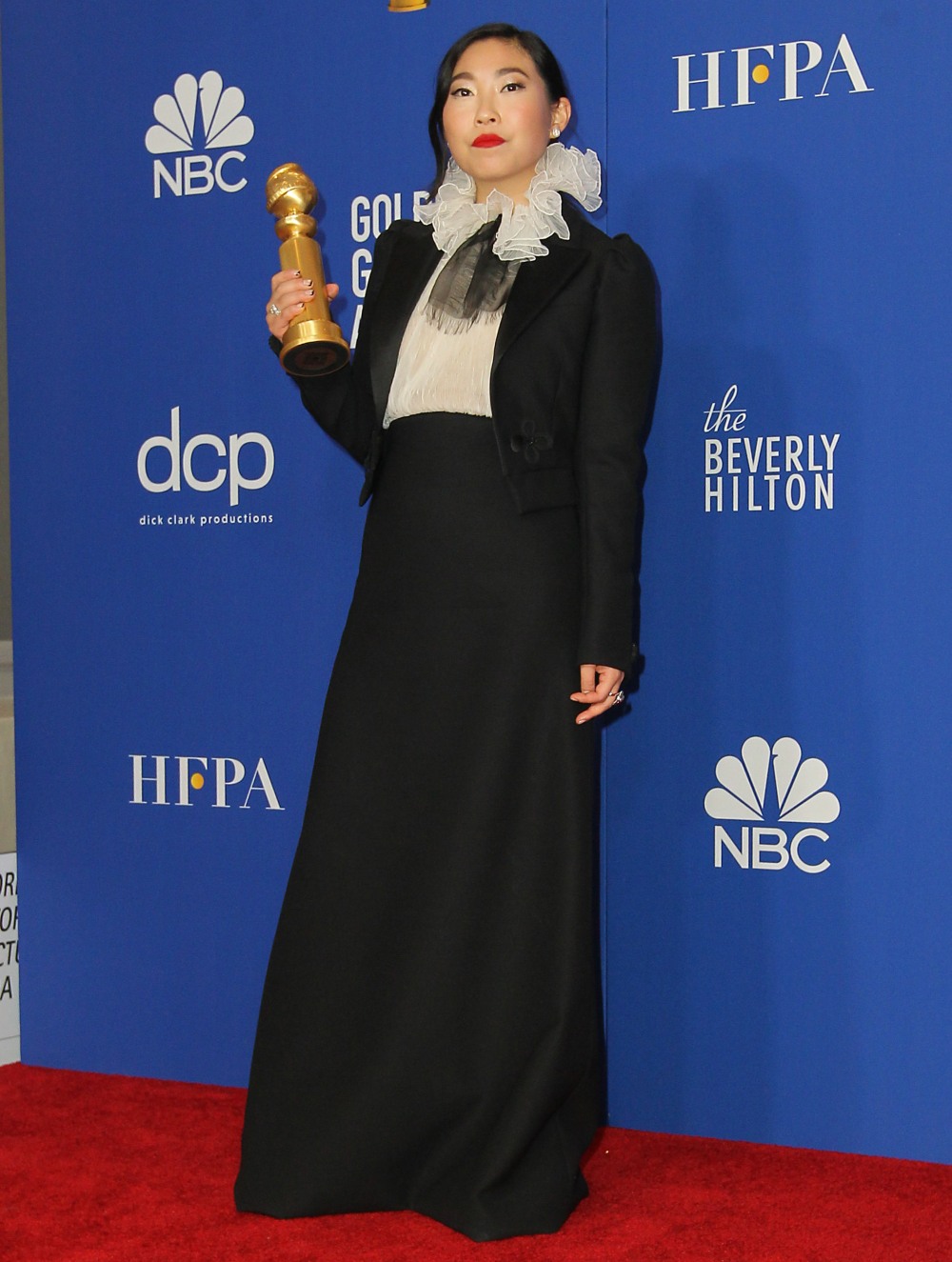 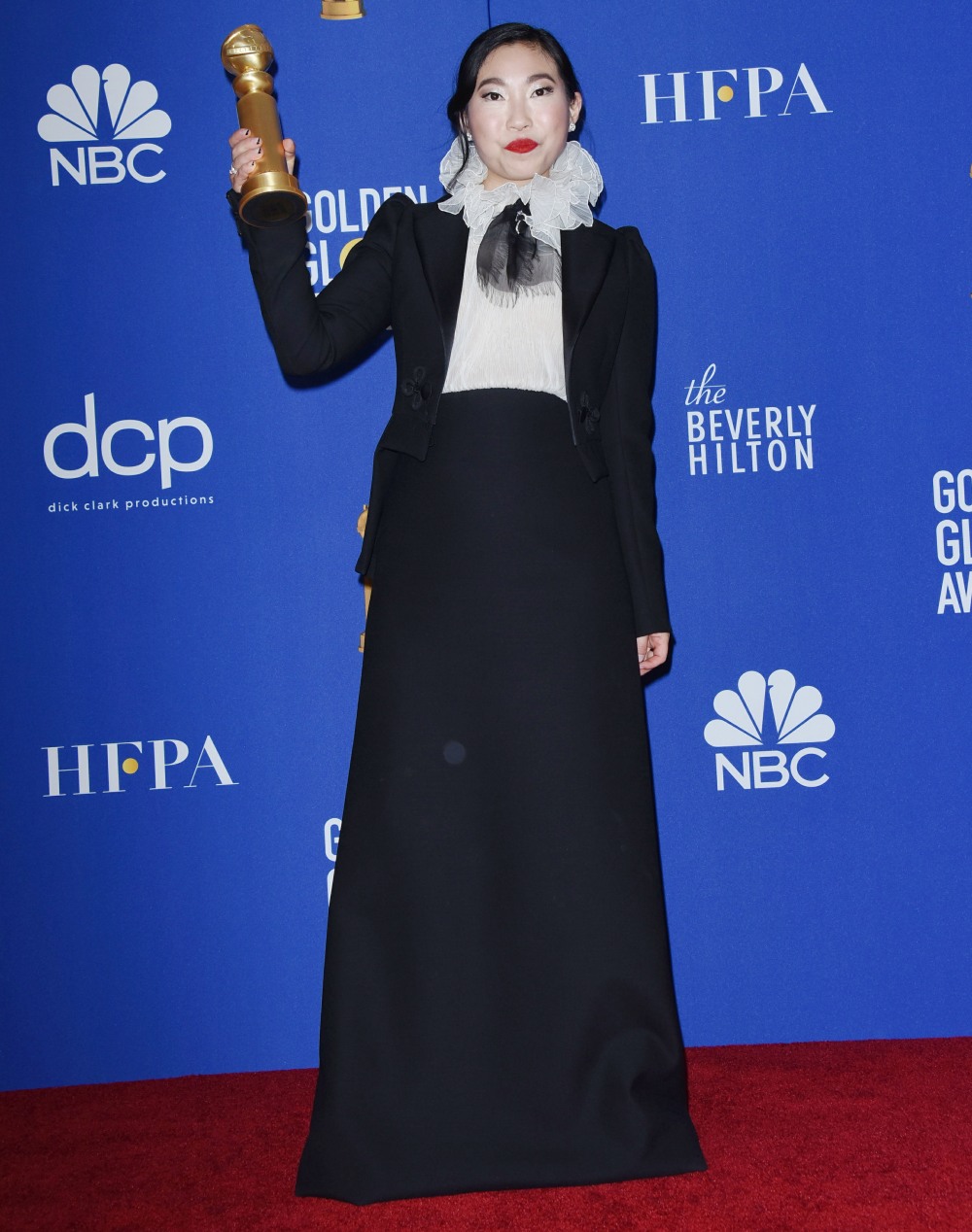 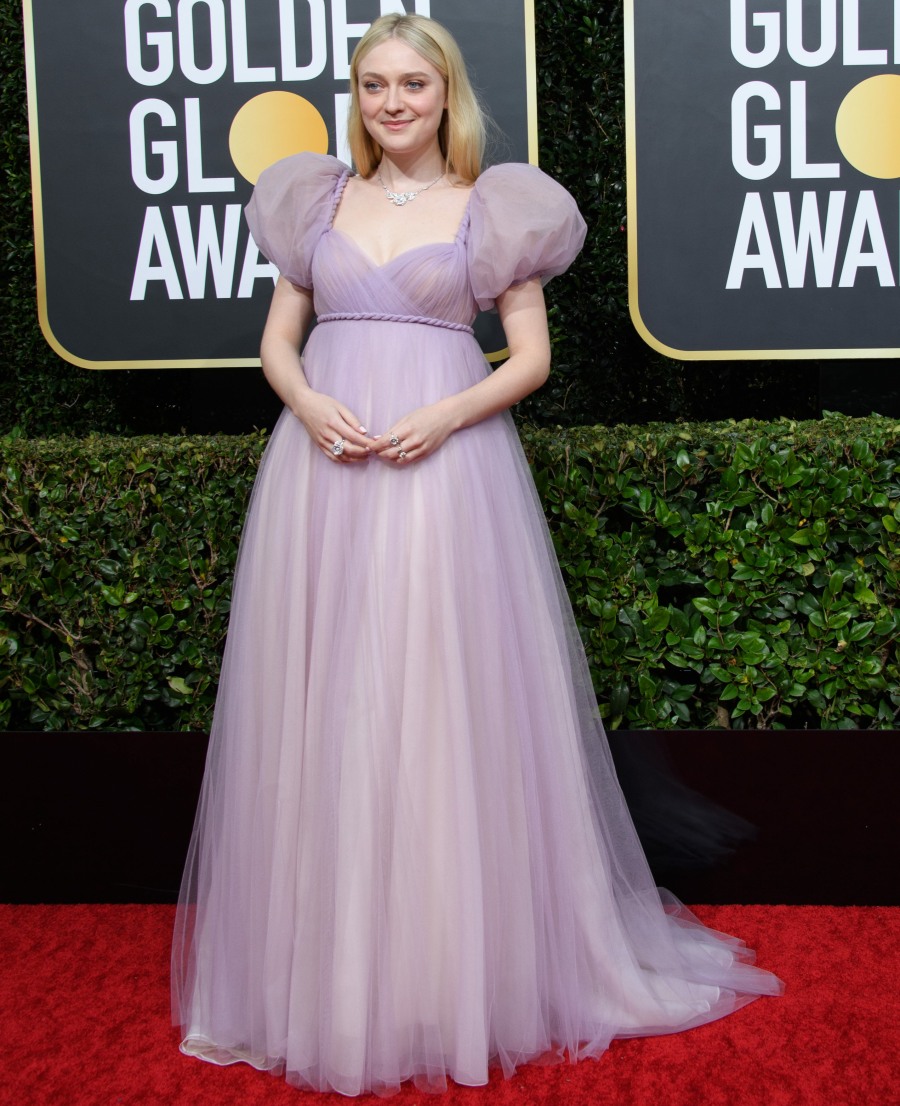 Helen Mirren’s look was my favorite Dior. She’s so beautiful and this is so classy! 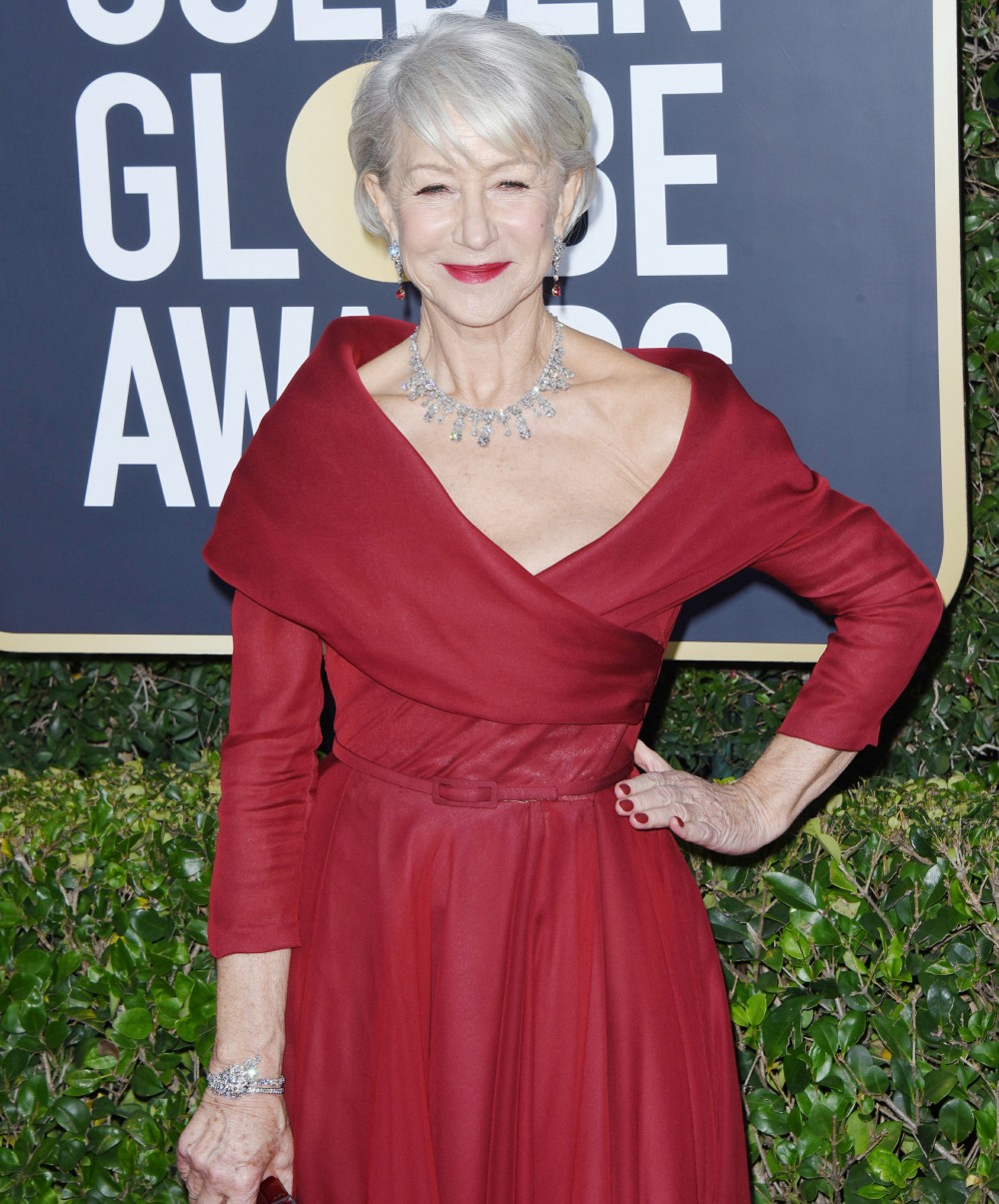 I know I’m being too harsh, but Anna Paquin’s Dior offends me. It’s just the wrong choice for this event. Plus, it’s ugly.

53 Responses to “Did Charlize Theron have the best Dior look at the Golden Globes or nah?”