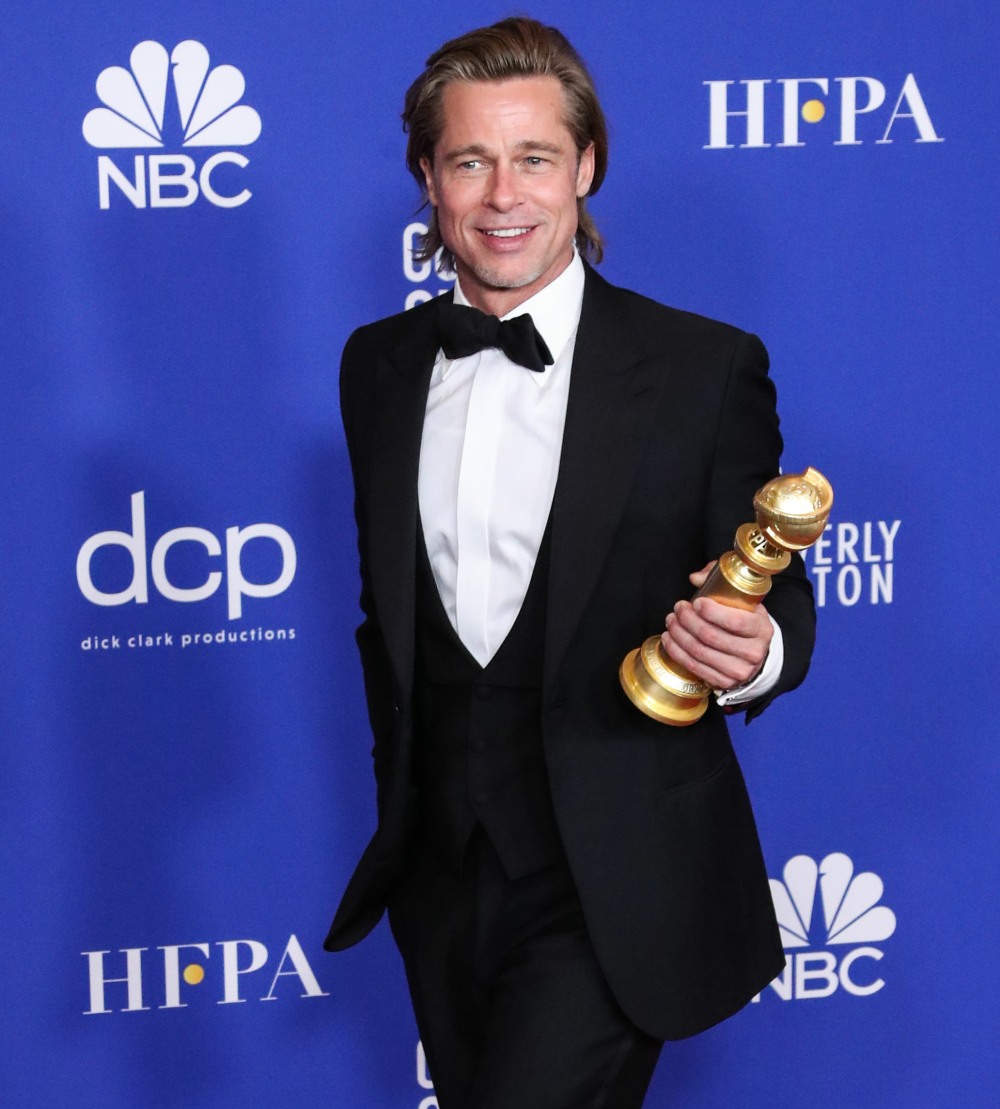 Back in September of last year, Brad Pitt spoke to Entertainment Weekly as part of a promotional blitz for Ad Astra. EW asked him flat-out if he was in the middle of an Oscar campaign, and whether he would continue to campaign for an Oscar, and Brad said he would “abstain.” After the Ad Astra promotion was done, Brad did not do that many interviews… but he was still low-key campaigning, which is how he won a Golden Globe, and why he might win an Oscar for his performance in Once Upon a Time in Hollywood. I mention all this because Mr. I’m Abstaining From Campaigning agreed to an interview with Marc Maron. Leonardo DiCaprio was there too. Shocking. Some quotes from the interview:

Brad & Leo on fame: When Maron asked if the paparazzi still follow him that relentlessly, DiCaprio shared that it doesn’t happen nearly as much as it used to. “It doesn’t?” Pitt asked in surprise. “I’ve been able to escape a lot more,” DiCaprio revealed. “I’m a little disgruntled with you,” Pitt joked. “I’m just like, trash mag fodder. Because of my disaster of a personal life, probably.”

Getting high before a Venice Film Festival screening of Fight Club: “We had the best screening ever. We had it at the Venice Film Festival and they do this midnight screening…for some reason, [Edward Norton] and I thought it would be a good idea to smoke a joint beforehand. And we go in, and they put you up in a balcony and you sit next to the guy who runs the festival, everyone’s looking at you, they clap and you sit down, it’s very formal…then the movie starts and the first joke comes up and it’s crickets, dead silence, and another joke, and it’s just dead silence…and this thing is not translating, you know, it’s subtitles….the more that happened, the funnier it got to Ed and I. So we’re the a**holes in the back laughing at our own jokes.” The festival director squirmed with discomfort as he watched and eventually left the theatre without a word, which made Norton and Pitt crack up even more. “Oh, we had a good time.”

[From People & The Loop]

“I’m just like, trash mag fodder. Because of my disaster of a personal life, probably.” Well, at least he admits it. This will play well for his Oscar campaign – Brad will be seen as charming and people will be sympathetic about all he’s had to endure with the tabloids and such. 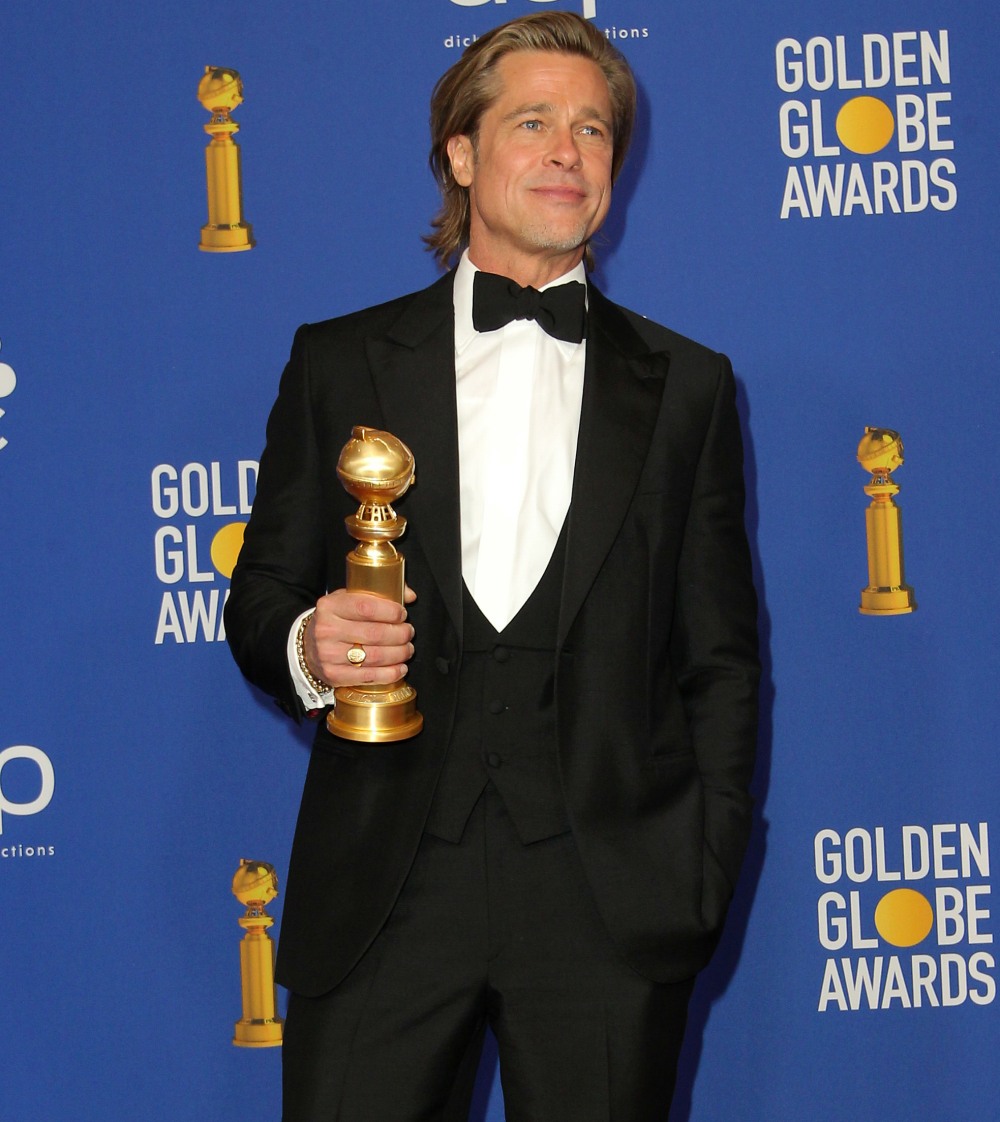