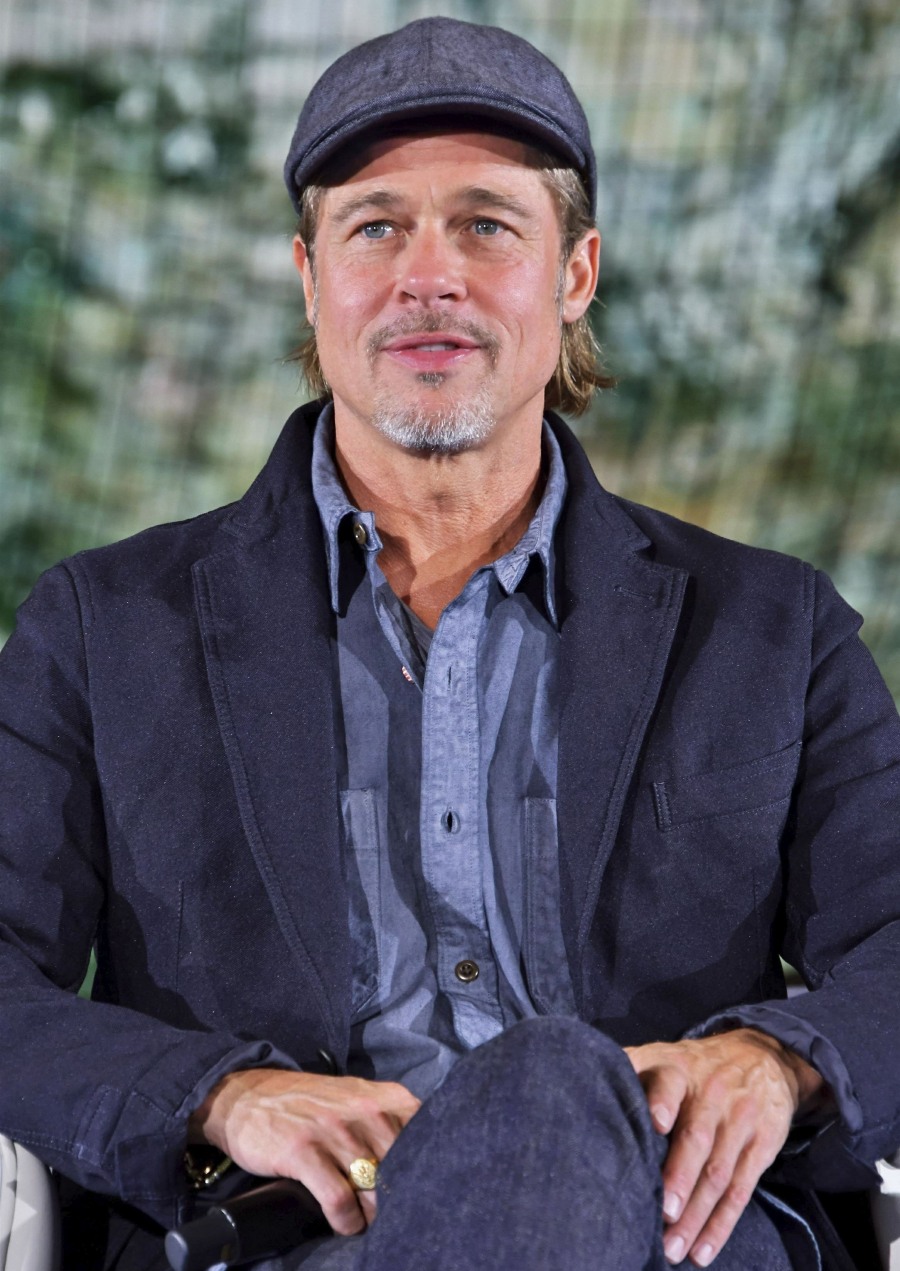 I sort of forgot to cover Brad Pitt’s appearance on The Ellen Show last Friday. My bad. For what it’s worth, I couldn’t even get through those videos – Ellen mostly just tossed softball questions at Brad, and Brad was performatively charming. You can see one video here and follow the YouTube thread. It’s interesting because… for the past four years or so, Brad has barely done proper talk show interviews. Yes, he does “appearances” on talk shows, but he never sits down for a real chat. He did with Ellen, and Ellen dutifully kept everything as superficial as possible. It’s just another reminder that Brad is pulling out all the stops for his Oscar hustle this year, for Ad Astra and Once Upon a Time.

So, he’s done interviews with Ellen, the New York Times and a cover story with GQ, all of them “in depth,” yet the New York Times was basically the only outlet to ask him somewhat directly about his drinking problem. But! He also appeared on The Project recently and he was asked somewhat directly about drinking and “demons.” Brad said: “I think we all carry deep pains to different degrees and regrets, and we’re very good, certainly in my culture, at burying those….It leads to a more well-rounded, certainly more comfortable existence within yourself, and greater peace of mind. And I find that you can enjoy the good stuff more.” I get that his journey to sobriety is his own and he’s not obligated to talk about specifics, and he’s not even obligated to talk about non-specific things. But just on a personal level, given all the sh-t that’s happened, I’m a little bit surprised that it’s still so f–king hard for him to say “I have deep regrets and shame about my own behavior, about my own disease.” THAT would be a statement about masculinity and pain and fatherhood, all of which are supposedly the themes of Ad Astra.

And finally, Brad has a new interview with Entertainment Weekly to promote Ad Astra. Some highlights:

What Ad Astra is about. “Toxic masculinity, that may be a little harsh as a term? But certainly we’re questioning what is masculinity. Having grown up in an era where we are taught to be stoic, taught to be capable, not to show weakness, never be disrespected — that works for the pioneer spirit, I guess, on the plain when you’re trying to make your claim. But it’s also very limiting, because it doesn’t embrace the whole human being.”

How his company Plan B has made so many woke AF films: “It’s certainly not by design,” he says of the company’s particular track record with black auteurs like Ava DuVernay and Steve McQueen. “Myself and my partners Jeremy [Kleiner] and Dede [Gardner] have an extreme belief in equality and this want for justice in an unjust world, and I think we naturally are kind of guided that way. We were trying to get Selma made for years, and it wasn’t until 12 Years did what it did that it suddenly opened the door for all of these others. Certainly when we started, it was at a time when we saw that the studios just weren’t taking that kind of gamble on more complex mid-range budgeted films. [And] I’m really proud of what we’ve been able to contribute to the zeitgeist…. But you know for every one that gets made, there’s another 10, so it takes a fight for all of them. And I can’t tell you how many talented, talented people there are still struggling to to be able to tell their story, the one that moved them. That’s where we were able to apply our muscle in a way that I never even expected when we started.”

On the Oscar buzz for Ad Astra & OUATIH: “Oh, man. I’m gonna abstain,” he says of campaigning for either role (though his generous recent press schedule may belie that). “I mean, you never know, and it’s really nice when your number comes up. But the goal is for the film to land, to speak to someone whether it’s now or a decade from now. I find chasing it actually a disservice to the purity of your telling a story, and a shackling thing to focus on.”

Whether he could end up on prestige TV: “Could I see it? Absolutely. What I love about TV is that you get to spend more time with the characters. You have to let go of so many scenes in order to fit into the ‘film’ container, as far as running time and how it plays, and with a series, being able to break it up, you can expand so much more. I’m especially drawn to the comedies that are able to do that. That might just be romantic of me, I may have to go with the times, so we’ll see. We’ll see where it all lands, but that’s certainly of interest.”

I love that EW isn’t buying Brad’s “Who me? Oscar? Nah!” bulls–t. I mean, as I laid out in this post… Brad’s media schedule these days is intense, especially for someone who has barely been giving one interview per project for the past four years. Brad is oversaturating the market in that particular way Oscar hopefuls do every year. The one thing I’ll say is that… it’s early in the season. Maybe Brad told his publicist that he didn’t want to really do the Oscar campaign rigmarole when everyone else does it, so his publicist just went overboard with Ad Astra promotional schedule.

My favorite part of the EW interview is Brad talking about producing all of those woke AF Oscar-bait movies. I mean, it IS important and he does deserve credit for being a producer who takes chances on those films and those directors and those stories. Of course, it’s also a subtle way to remind Academy voters that Brad has been making great films as a producer for years now. 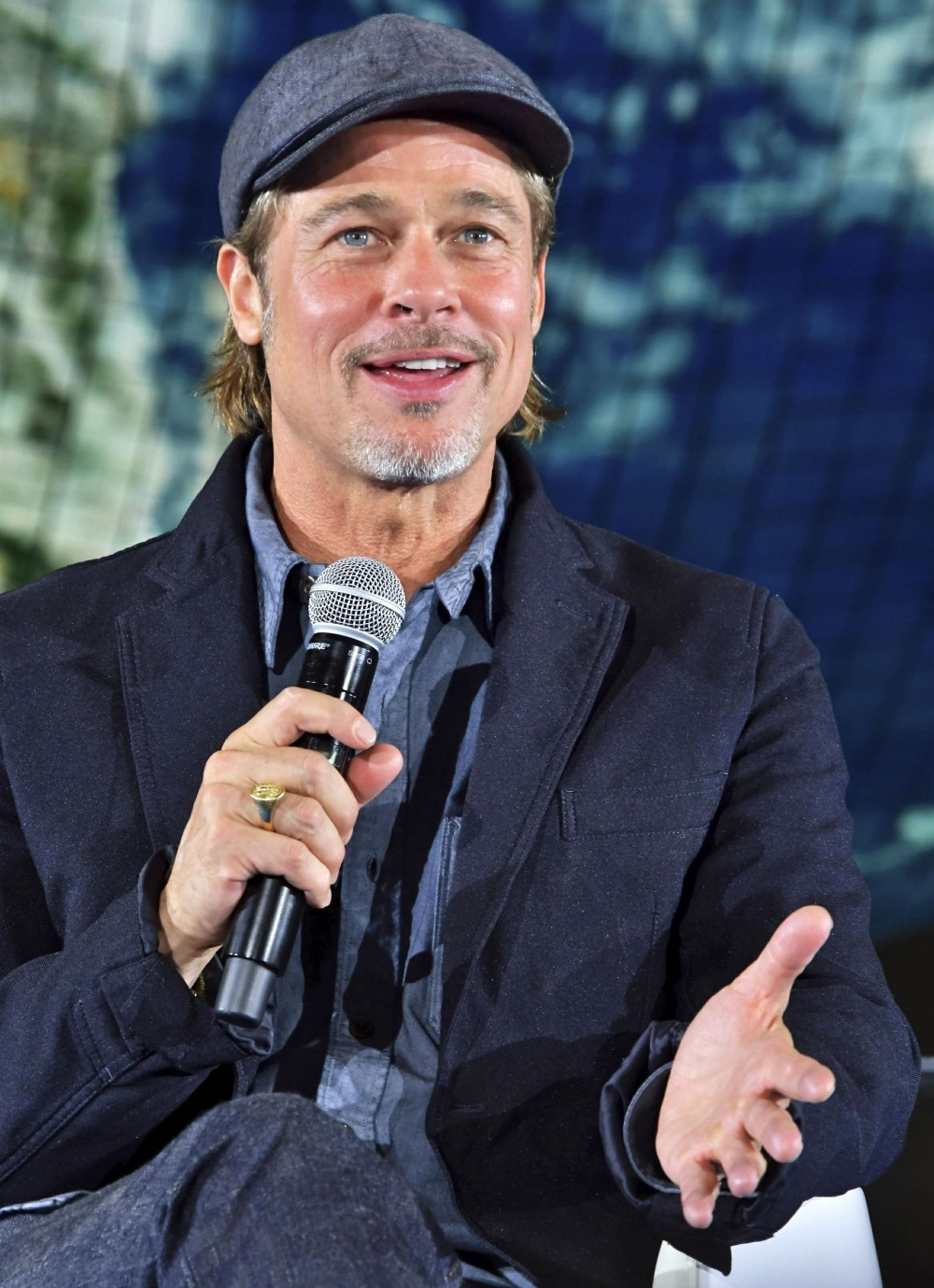