The shot above is of Rita Wilson, one hour before she was set to leave for the Golden Globes at which her husband, Tom Hanks, would be honored with the Cecil B. DeMille award. The reason Rita posted this shot is because this is absolutely not what she was supposed to look like one hour before the GGs. People attending awards shows get ready for them crazy early. I’ve been in hair salons where attendees are being dolled up at 9AM. Some of that has to do with getting any appointment they can, but a lot has to do with the time it takes to do hair and makeup and then getting into the actual outfit. Plus there’s a buffer for mishaps and, of course, the ever-present concern of LA traffic (not even celebrities are exempt for LA traffic). Lower ranking celebrities have to go to the salon but A-Listers have stylists come to them, like Rita did on Sunday, only her guy was over two hours late for their appointment.

Rita Wilson is trying to remain calm during a glam squad nightmare ahead of the 77th Annual Gold Globe Awards.

Just one hour before the red carpet is set to begin, the 63-year-old actress revealed she is having a major dilemma as her hair and make-up team appears to be missing.

“My hair and makeup person is one hour and twenty minutes late,” she wrote on Twitter, followed up by, “Hair and makeup still not here. Trying to be zen.”

She then added, “Booked this person in September. Hair and makeup still not here.”

The actress then shared a selfie (above) on Instagram featuring her semi-curled hair and natural face, updating her followers again about the dire situation.

“What you look like when your hair and makeup person for the @goldenglobes is one and a half hours late even though you booked him in September,” Wilson wrote on Instagram. “Will leave one hour to do hair and makeup.”

The star has yet to update everyone on whether her stylist finally showed up or not, but several fans and famous friends send her words of encouragement in the meantime.

“Omg I feel u,” fellow actress Julianne Moore commented on her post, while Chrissy Teigen wrote on Twitter, “I cannot go on until I know who, I have no life,” in reference to the MIA hair and makeup artist.

As the article points out, no updates have been given. On the red carpet, Rita told Mario Lopez that the guy ended up being two-hours late and she still seemed pretty ticked off about it. I don’t blame her, who needs that kind of stress? But it implies the guy did not have a justifiable excuse for being late. Or, his excuse was the diva before him wouldn’t let him leave, and Rita is pissed at the diva. I appreciate that she has not named this guy publicly, but I’m sure that information is traceable. And word of mouth is going to spread his name once Rita shares it with her inner circle.

I understand this is a real Ten Percenter problem, but this is the job on the night of these awards show. The world scrutinizes celebrities when they walk the red carpet. Rita was going to be especially visible because of Tom’s award so she wanted to look her absolute best. And not even selfishly because if she looked, you know, human, that would have been the story the next day, not Tom’s emotional speech. It could possibly overshadow Tom’s big night. So her son Chet overshadowed it instead. 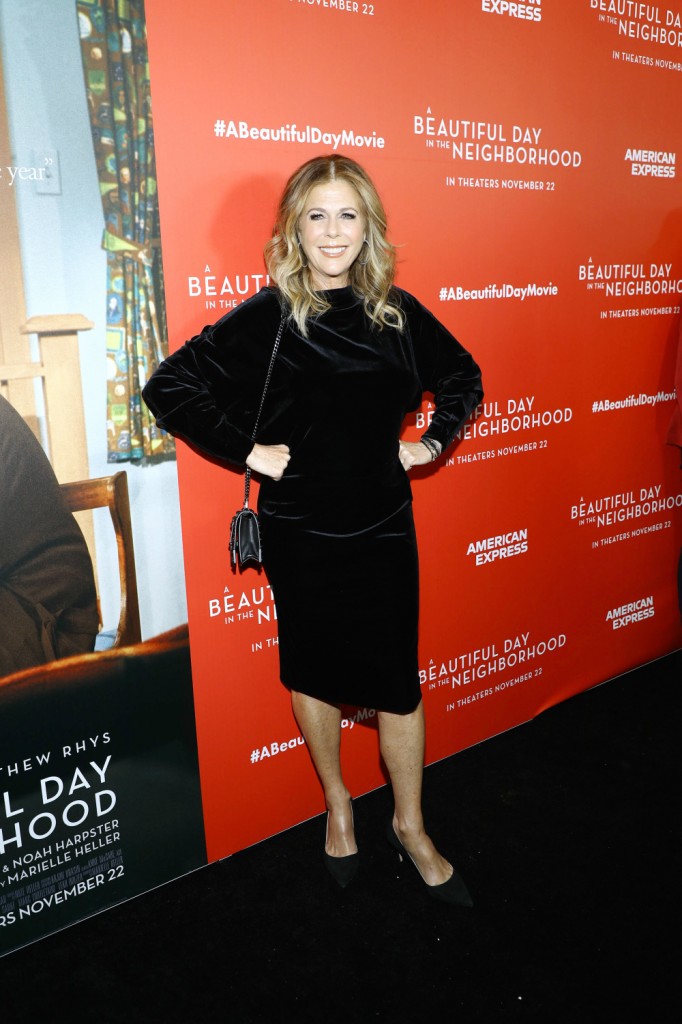 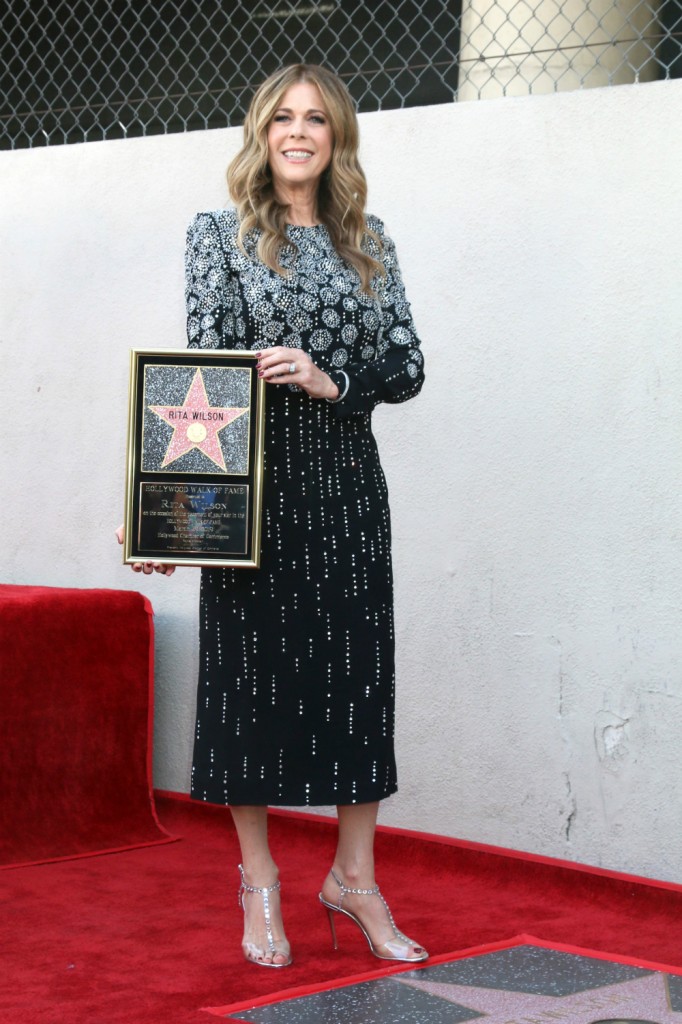 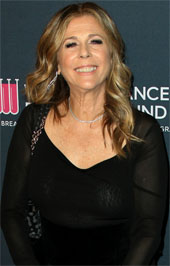 Featured Links
- Naughty By Nature put Rita Wilson’s rap into a Hip Hop Hooray remix [Dlisted]
- Prisoners are suffering so much in inhumane conditions at this time [Just Jared]
- Why people are skipping Tiger King [Pajiba]
- Who from The Notebook did Brandi Glanville and Scheana Marie shag? [Starcasm]
- The 1999 Cruel Intentions premiere [Go Fug Yourself]
- Don’t text your ex [Jezebel]
- People in Wisconsin are risking their lives to vote after rethugs blocked absentee extension [Towleroad]

Are Harry & Meghan with her mom?

How Drake came up with Tootsie Slide

What was Shaq doing with Joe Exotic?

Should you watch Freaks on Netflix?