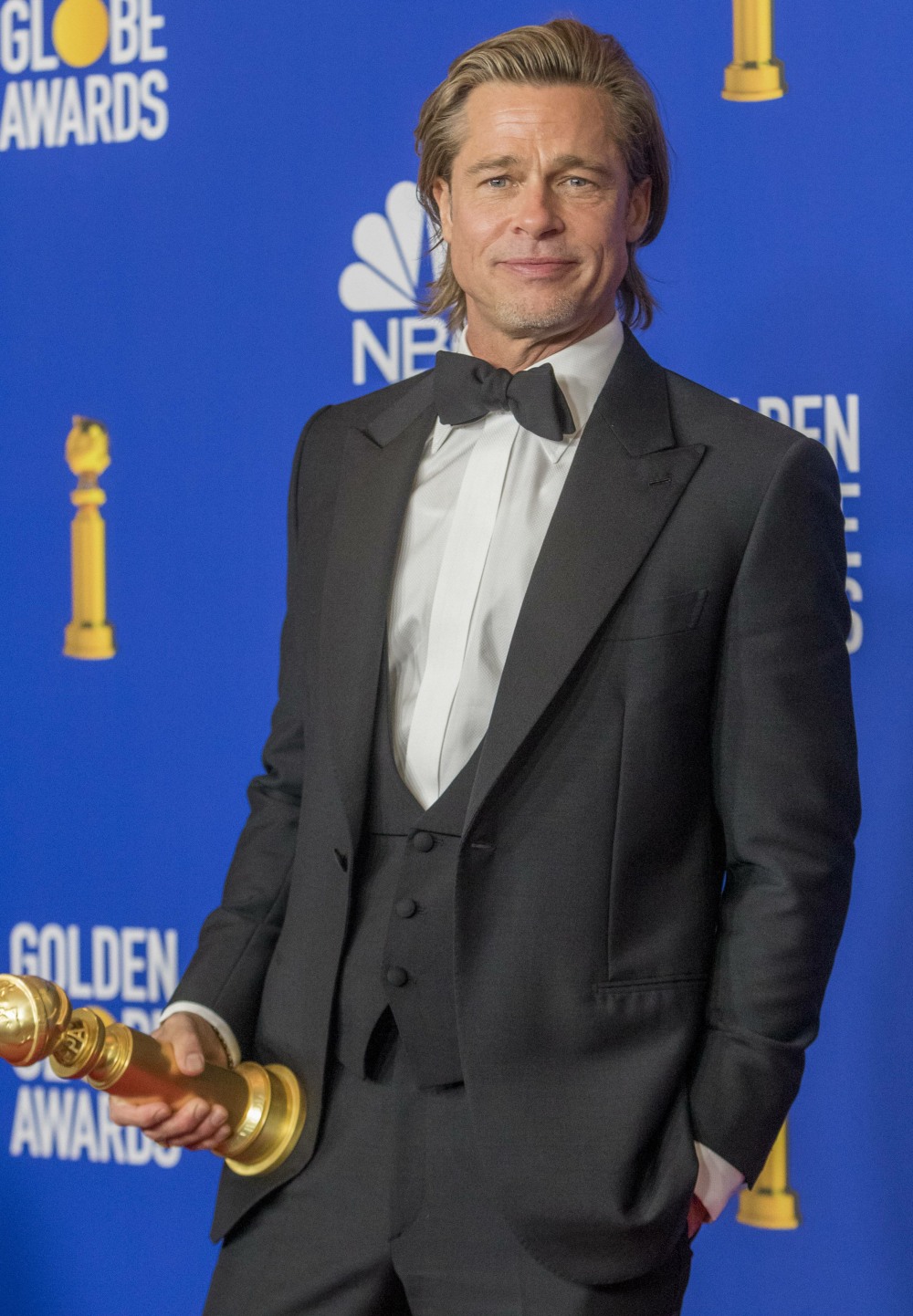 It’s weird how “sources” keep chatting with TMZ about Brad Pitt, huh? Yesterday, we discussed the TMZ story about why Brad did not thank his six children or his family beyond his parents. TMZ’s sources claimed that Brad made a conscious choice to avoid speaking about his kids publicly, unlike Angelina… for reasons! And yet, Brad always lets us know when he gets to see the kids, which surely affects their sense of privacy too? Anyway, the conversation about Brad’s relationship with his children (strained, at best) won’t get him any Oscar votes. Maybe Brad realizes that as long as he’s being mentioned in the same breath as Jennifer Aniston, THAT will help his Oscar campaign? Stranger things have happened. That being said, those pesky sources went to TMZ to say that Brad and Jennifer are just friendly and nothing more.

Brad Pitt and Jennifer Aniston being in the same room will get anyone talking about a possible reunion, but their most recent run-in will leave Brennifer shippers disappointed.

Sources close to the former couple tell TMZ … Brad and Jen didn’t get the chance to chat much during Sunday night’s Golden Globes show and the goings-on afterward. We’re told they did exchange greetings and pleasantries at the after-party they both attended, but that’s about it.

Fact is, the two Hollywood heavyweights have a lot of mutual friends in the biz — and they do cross paths from time-to-time because of that, especially during big parties like this. That said, we’re told they do NOT hang out outside of these rare settings … and there’s simply nothing romantic going on between them … despite Jen’s fixed gaze during Brad’s acceptance speech for Best Supporting Actor. It’s been made clear … Brad’s single.

Long story short, what’s past is past … and, at least for now, there’s no sign of these two coming together again. And, as Brad humorously pointed out, it looks like they went out of their way not to stand next to each other to avoid an unnecessary rumor mill.

I… have a theory, newly formed. This reminds me a bit of all of those stories Brad’s team pushed a few years back, especially about the Neri Oxman stuff. When you go back and read the obvious leaks from his camp to People Magazine and Page Six, it’s often this kind of thing – “they’re just friends” and “he admires her” and “maybe she’s more into him than he is with her.” There’s a vibe of wanting to push an image of Desirable Brad, Heartbreaker Brad, the guy whose exes still obsess over. I feel like that’s how Team Pitt wants to position Jennifer Aniston. “Look, he’s just being a nice, friendly guy, but he wants everyone to know that NOTHING is happening, poor Jen got friendzoned, like Angelina is obsessed with him too, because he’s so desirable and Oscar-worthy.”

Here are some pics of hobo-chic Brad in New York this week: 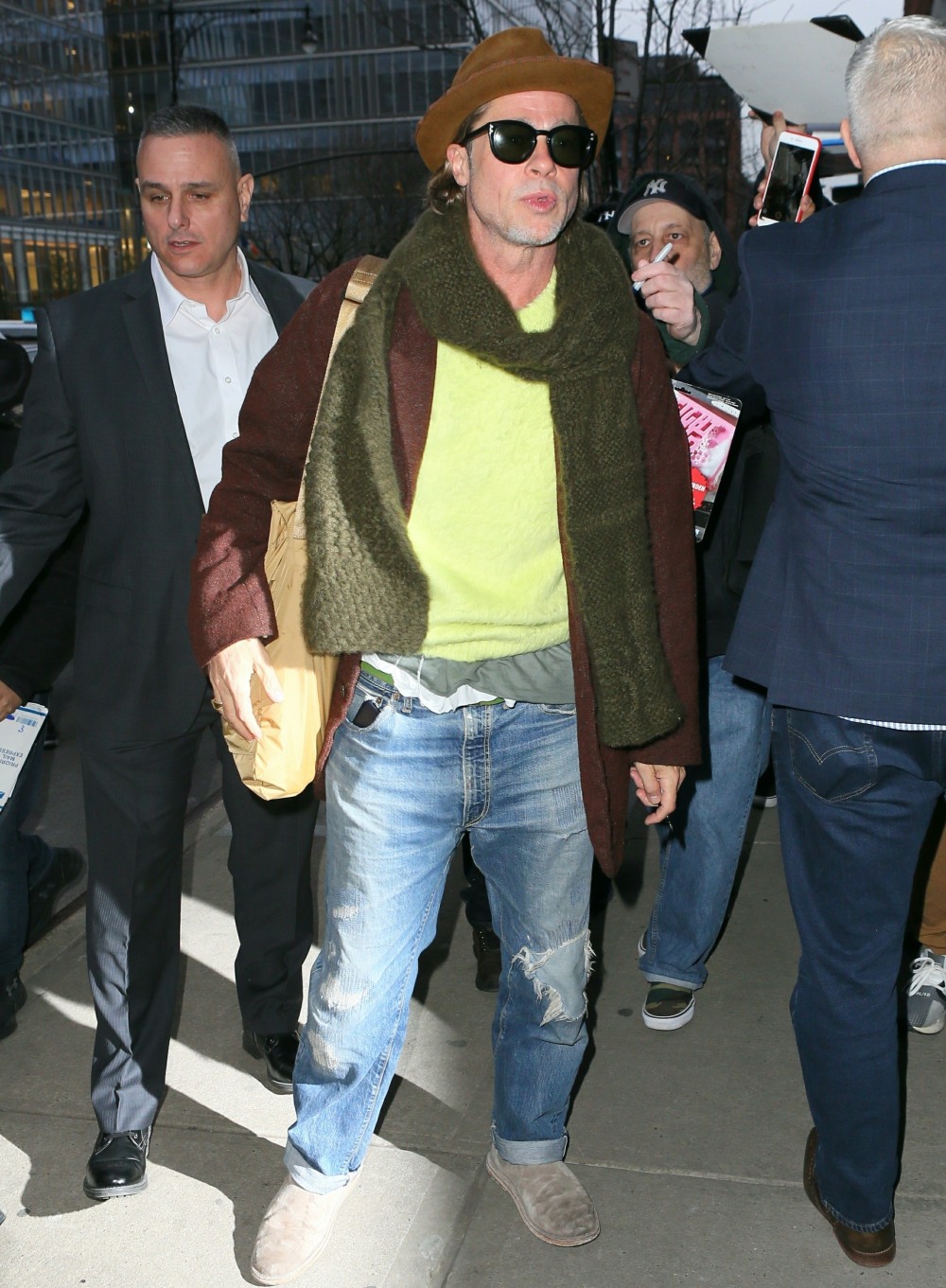 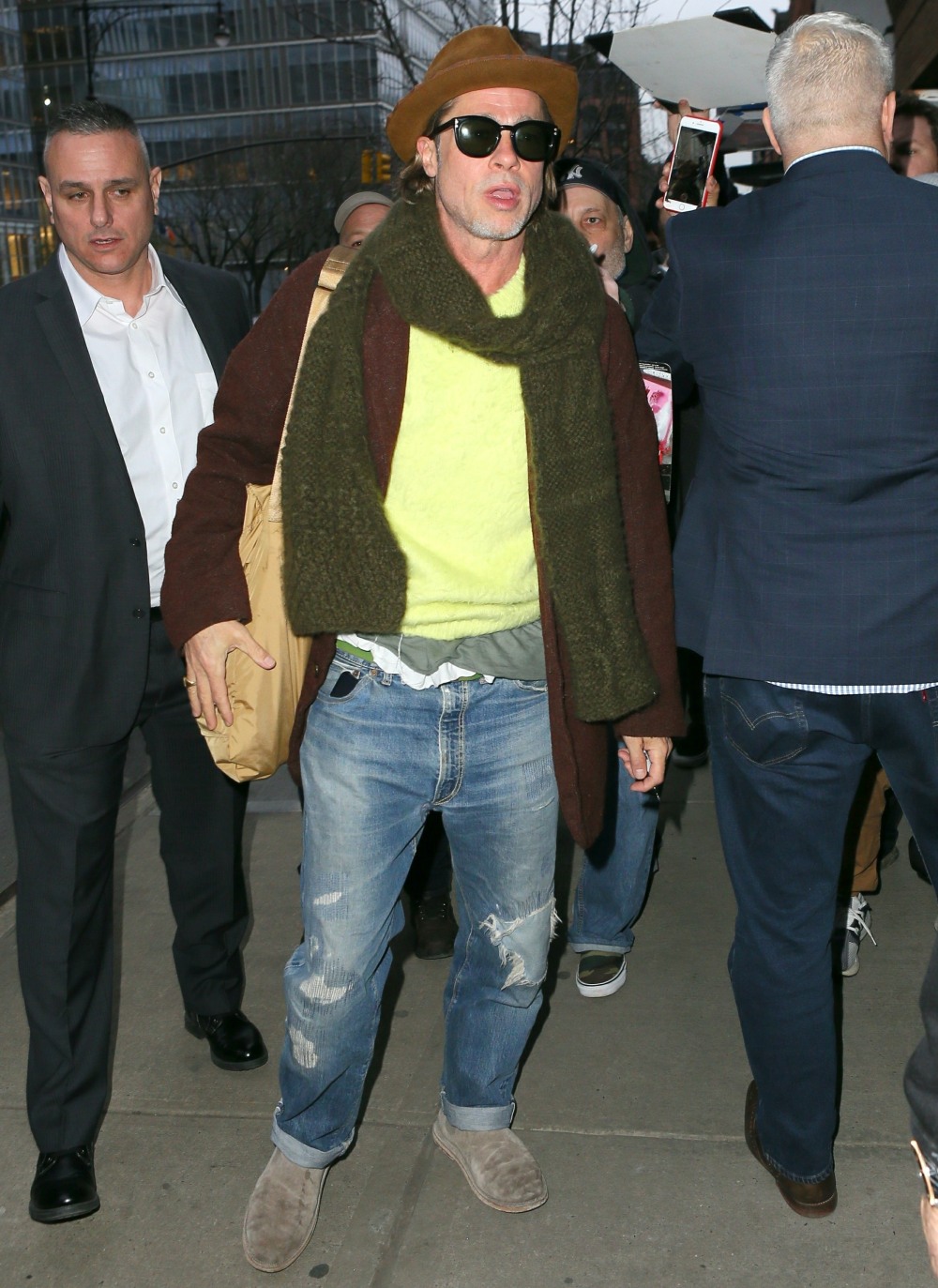