Catherine O’Hara in Marc Jacobs at the SAGs: striking or too orange? 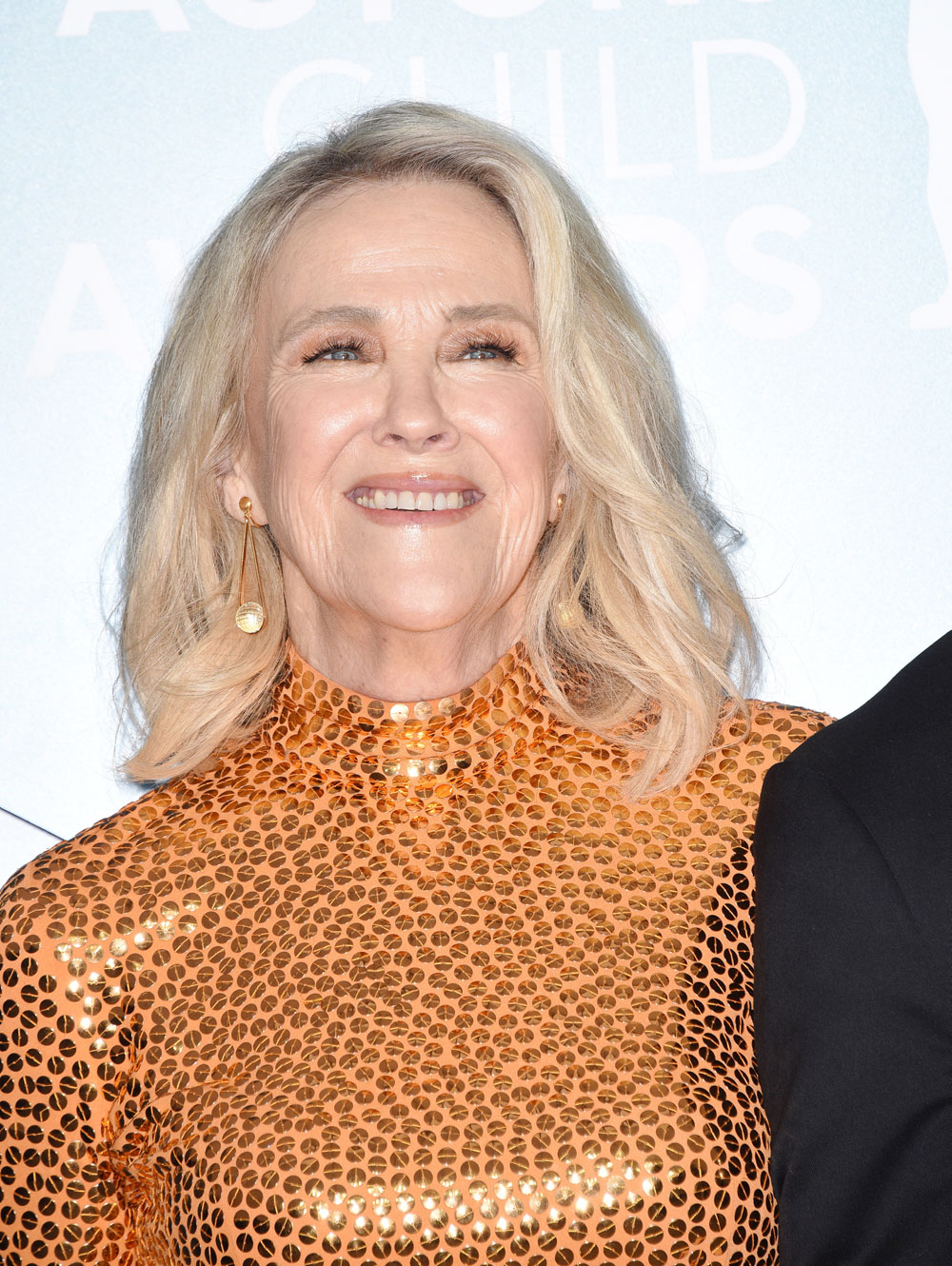 Catherine O’Hara usually takes risks on the red carpet and she mixes up her looks, which is appreciated. Last night she stood out in this drink of an orange metallic Marc Jacobs gown. I like this so much, especially the thick belt with the same repeating sequin pattern. I just wish she had gone with bolder makeup. Catherine was nominated for best actress in a comedy for Schitt’s Creek, which went to Phoebe Waller Bridge. 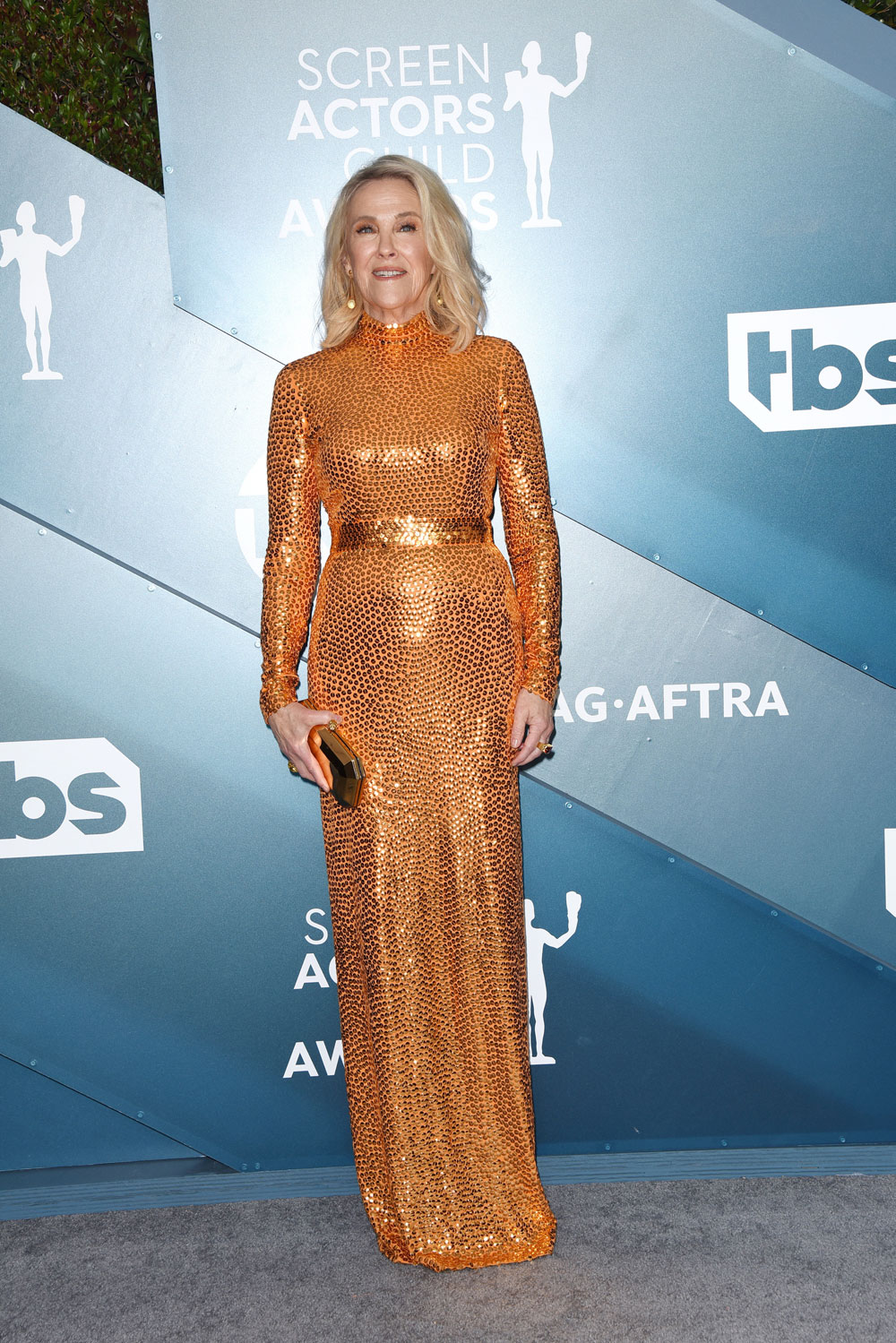 Also nominated in that category was Alex Borstein, who accepted the SAG for cast in a comedy for Marvelous Mrs. Maisel. She was genuinely surprised that they won over Fleabag and she joked that she was going to make sweet love to the statue through her Spanx hole, which was genius really. She always gives good speeches and you can tell she comes up with them on her own, unlike other people. 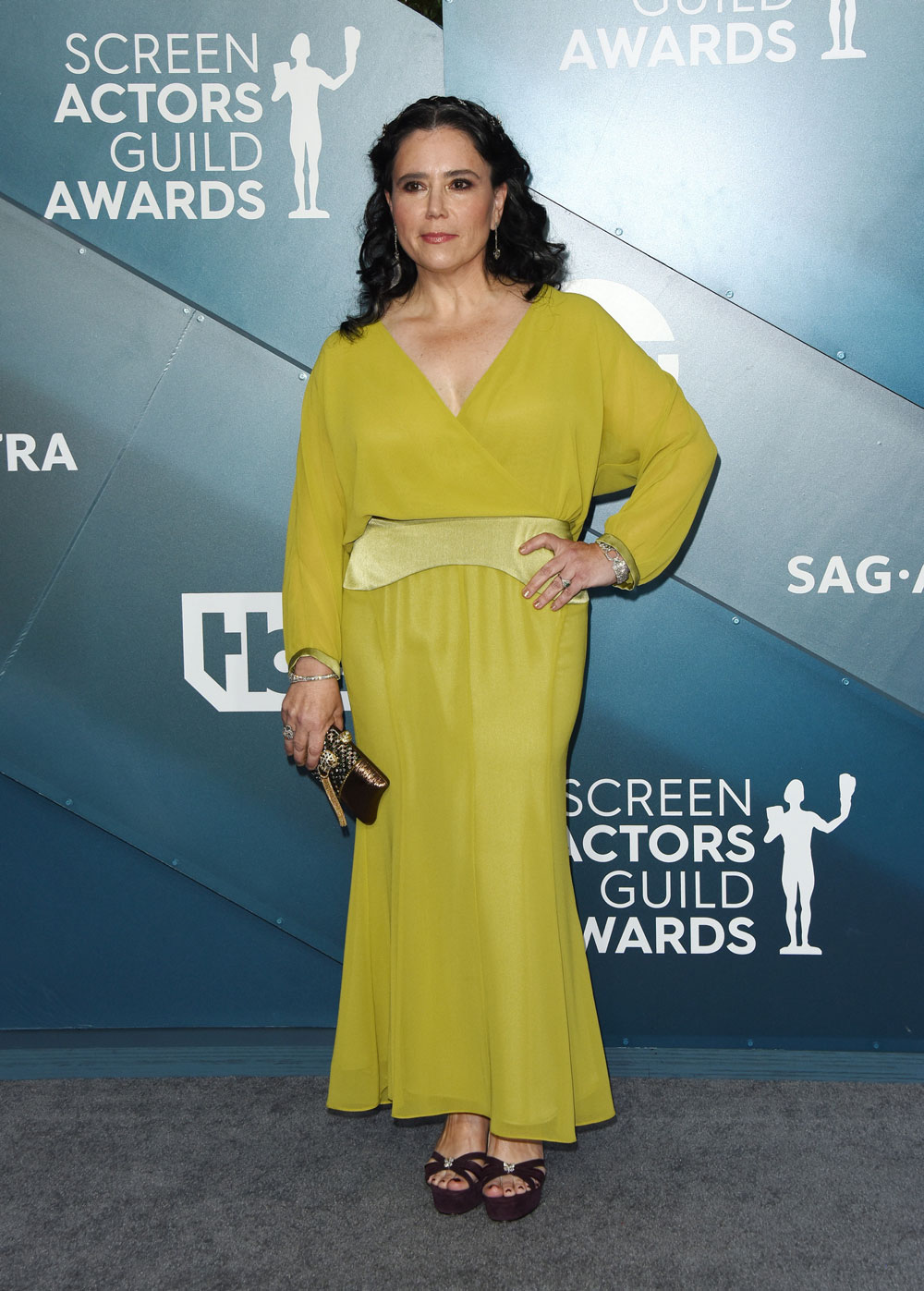 I’m putting Kathryn Newton from Big Little Lies here because she was also in orange. I know her from the Netflix series The Society. She’s only 22 and she actually looks great in this giant Valentino with an open bust. I’m surprised as not many women could pull this off. I think her styling is making this work. 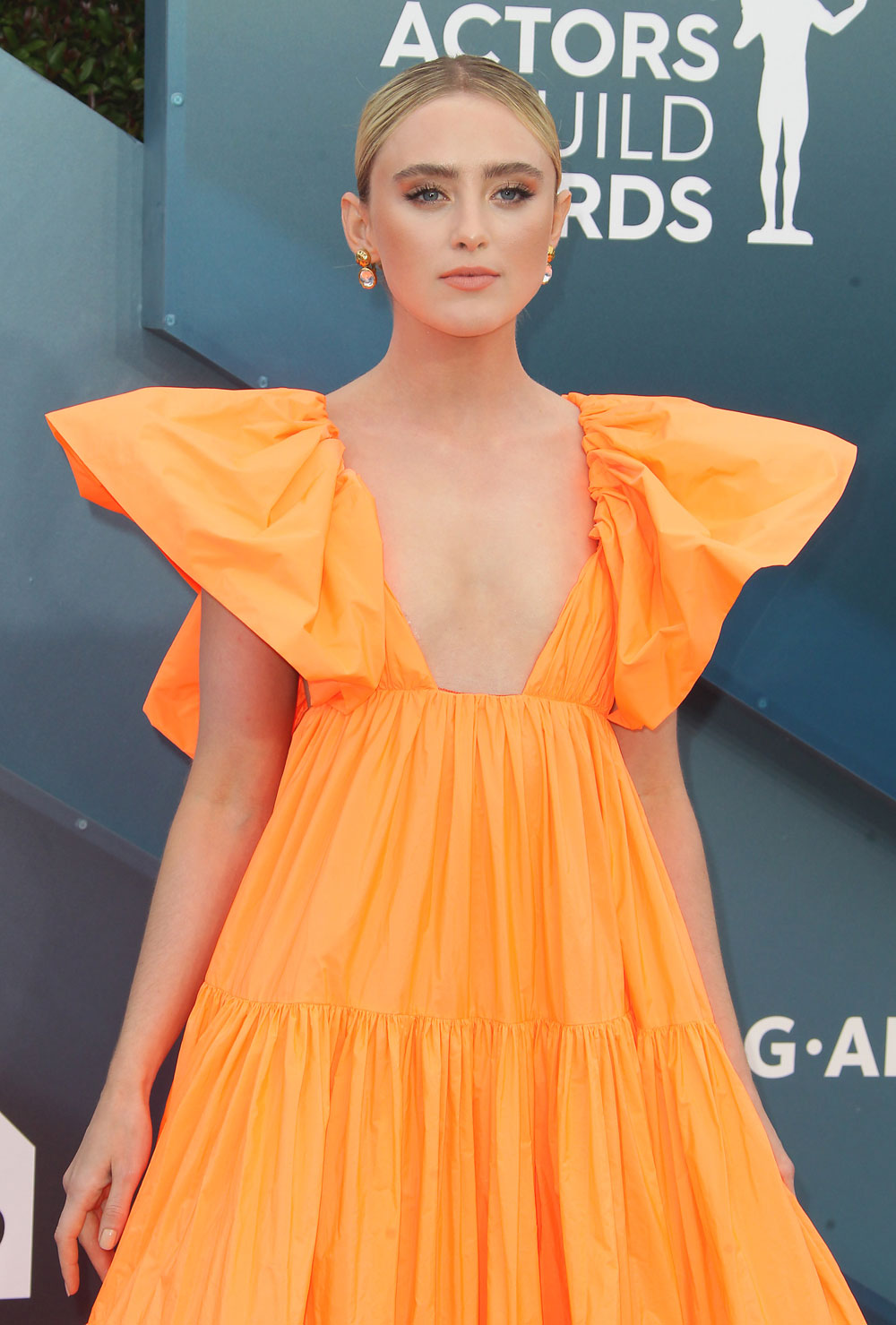 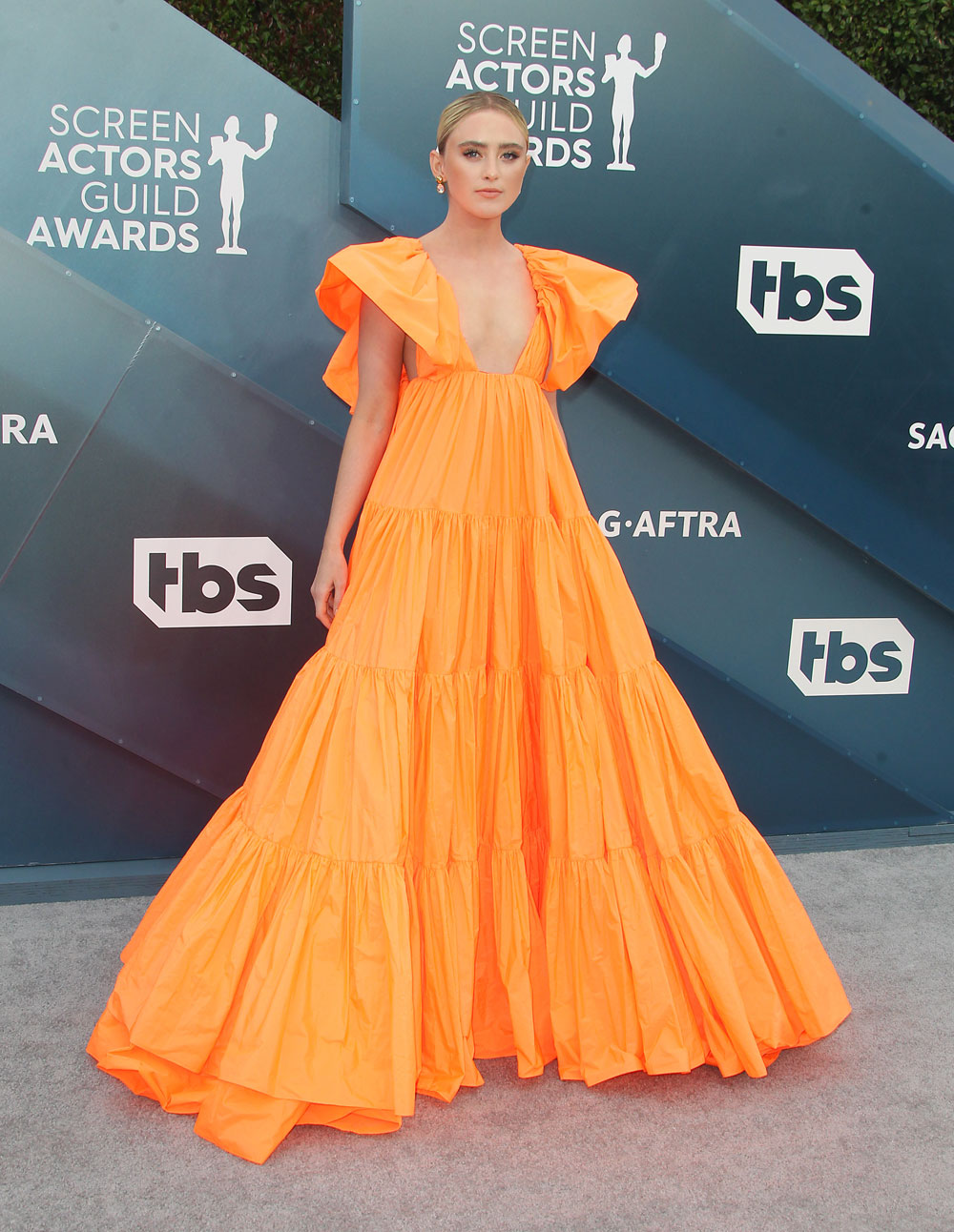 Nathalie Emmanuel is at the end because I feel sorry that she ended up with this fug floral Miu Miu with the giant bow for a top. The pattern is bad, it’s got 70s safety tub stickers on it, the cut is ridiculous, and this looks like someone’s idea of a joke.

20 Responses to “Catherine O’Hara in Marc Jacobs at the SAGs: striking or too orange?”