Channing Tatum posted the above photo to his Instagram last week of he and his on-again girlfriend, Jessie J, wearing inflatable unicorn halos. The photo is cute and had the following caption:

Gonna watch this unicorn sang tonight. Then we gonna get it in! Horns out!

Channing is caught up in post-breakup, rekindled love, so I understand his desire to gush online. But if you clicked on the IG post, you might have noticed that there are no comments. There’s a reason for that, and it’s a bummer. Although Channing was just having a little fun with word play, someone decided to jump on to his post, into his comments, and knock Jessie down. What was worse is the way in which they did it: they compared her to Channing’s ex, Jenna Dewan, which both woman have spoken out against. Well, now it was Channing’s turn to speak out against the comparisons, which he did, before turning his comments off.

Channing took to Instagram with a new photo of the duo. “Gonna watch this unicorn sang tonight. Then we gonna get it in! Horns out!” Channing cheekily captioned the snapshot of Jessie kissing his cheek.

The moment was ruined, however, by someone who commented, “Jenna looks better with you,” referencing Channing’s ex, Jenna Dewan. It didn’t take long for the actor to respond.

“Hey Alex I don’t usually address s–t like this. But you seem as good of a terrible happy people hating thoughtless person as any of them. Why don’t you seriously think about what you’re doing? It’s hurtful and I ain’t about it [sic],” Tatum wrote.

He continued, “If you can’t not be a horrible hateful person on my page and support the infinite and untouchable beauty and woman that Jess is… please kindly get TF out of here. No one wants you here. Especially me.”

It didn’t stop there, though. Channing wrote, “And ain’t nobody more stunning and beautiful to look at but even more as a human than Jess. And yeah that includes my ex.”

But before you start accusing Channing of shading Jenna, he clarified, “Jenna is beautiful and amazing in her own right. But no and I mean no one is more beautiful than anyone else. Beauty isn’t measurable. It’s in the eye of the beholder. So while all you infinitely beautiful people pour over these words and try and find s–t to start s–t with. I’m gonna be enjoying my MF night with my gorgeous lady and cuddle up in her beautiful heart.”

[From E! via DListed]

The fact that someone would make the comment, “Jenna looks better with you,” in a public forum – excuse me, Channing’s own post – baffles me. What did they hope to accomplish? That Channing would agree, and he and Jenna would race into each other’s arms, something made considerably harder by her belly that is currently very pregnant with her fiancé’s baby? Of course not. I know there are a lot of arguments to not respond to trolls, but I am not-so-secretly glad Channing did respond because I like the points he made. It’s very sweet that he called Jessie an, “infinite and untouchable beauty,” much more so because he was referring to her character as much as anything. But I love his comment, “Beauty isn’t measurable,” in defending how Jessie and Jenna should not be compared in any way because it would detract from the individual things that makes them both amazing. It’s a lovely defense.

And to further show they would not be scared off by the hating hordes, Channing and Jessie made their relationship red carpet official that night at the 2020 MusiCares Person of the Year Gala. I didn’t realize this was their red carpet debut but that’s what E! said. They followed it up the next evening at the Clive Davis Pre-2020 Grammys Gala (those photos are below). Grammy night, the couple went out once again to the Republic Records Grammy after party, where they reportedly, “appeared carefree and not worried about showing affection.” It sounds like Channing and Jessie are doing well after taking a break. Sometimes space gives couples perspective. Or maybe they are just back in lust, who knows. Whether their relationship lasts or not, I genuinely like both people so I’m happy they’re having fun right now. Hopefully others will agree and let them live it out rather than giving their opinions about who should be with whom. 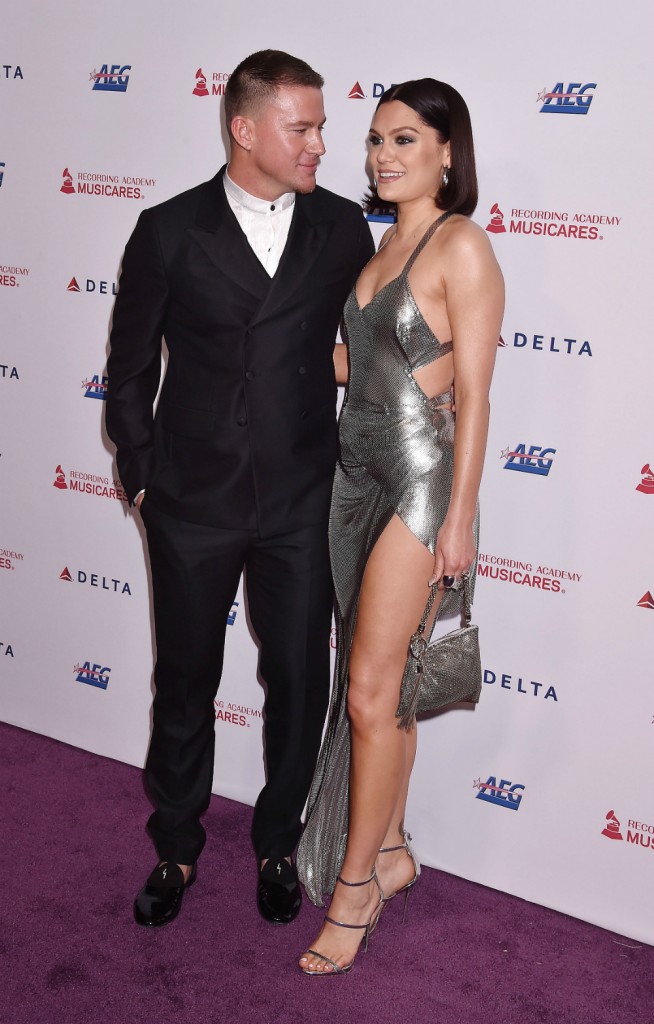 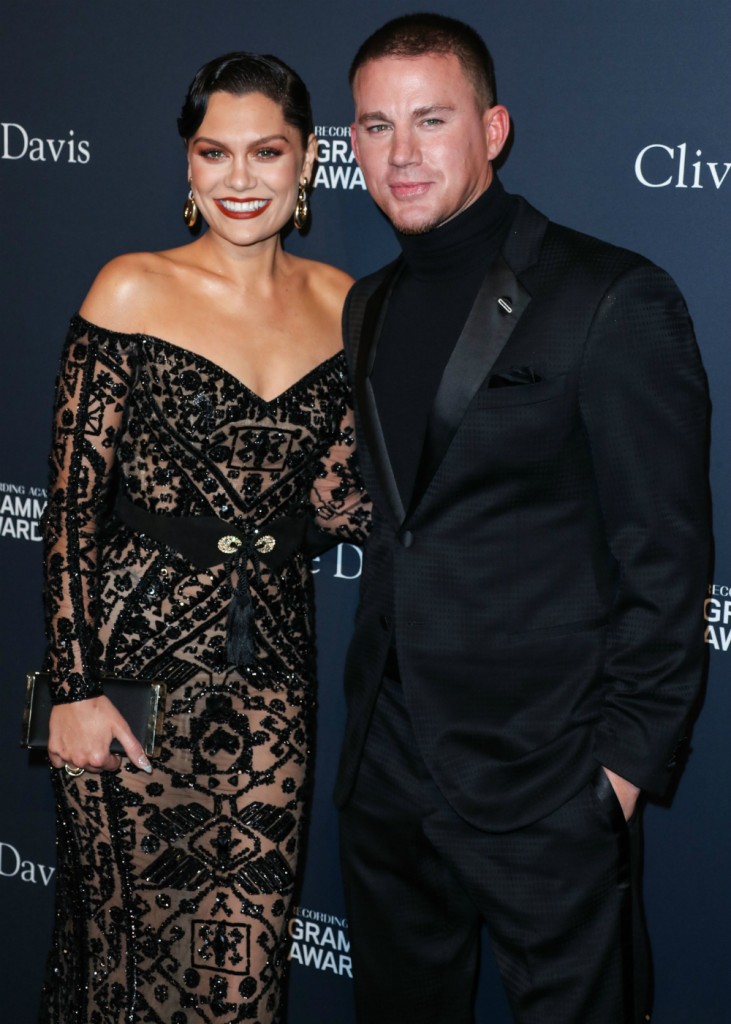 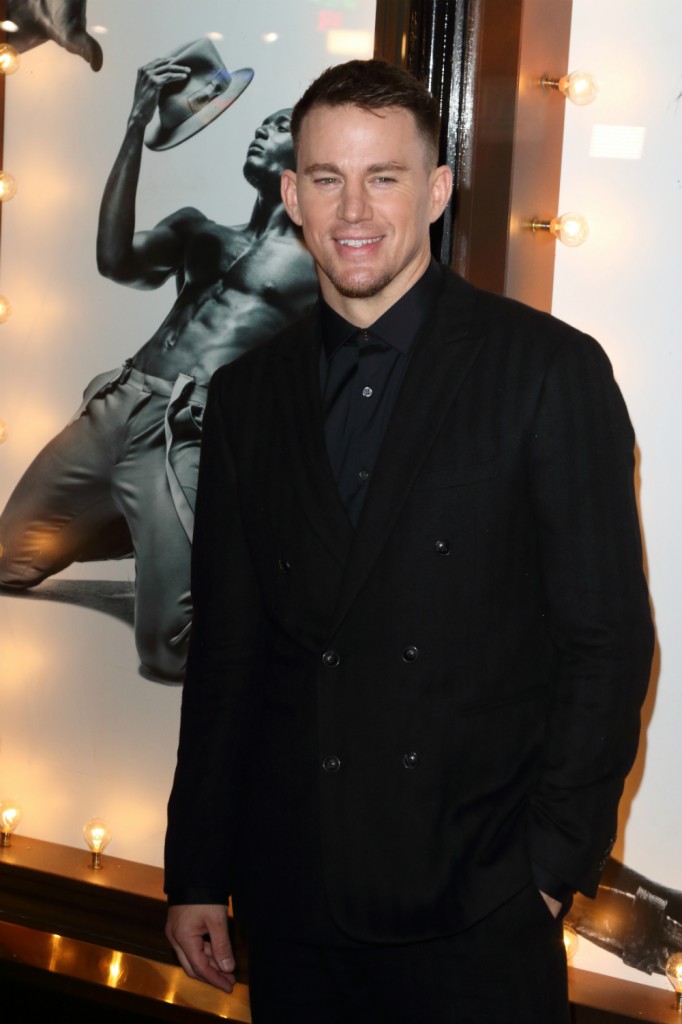