Jenna Dewan was on Ellen when Sean Hayes was hosting. Sean is engaging and is a good interviewer. He would make a great talk show host, especially compared to some of the other celebrities who have inexplicably landed new talk shows. (Kelly Clarkson, Drew Barrymore.) Jenna is promoting her new book, Gracefully You: Finding Beauty and Balance in the Everyday. The last time we talked about her was when we were discussing excerpts from that book in which she sort-of hinted that Channing Tatum, whom she’s in the process of divorcing, cheated on her. A lot of you said that we heard about Jenna’s new relationship about the same time we heard about Channing’s relationship with Jesse J, so it didn’t add up. It’s clear she was hurt, maybe by hearing about it in the press and not from Channing, but they’ve kept everything friendly and amicable apart from this minor shade.

Jenna is pregnant by her partner, Broadway star Steve Kazee. She told Sean about her pregnancy cravings, which she says she never gives in to. (What?! Eat the things when you’re pregnant.) She also said her daughter, Everly, six, has been so happy about her upcoming sibling. Also Jenna loves crystals and brings them everywhere with her, even to the airport in her pocket.

Her pregnancy cravings
All I want is Slurpees or like Cheetos. I’m a super healthy eater, vegetarian. I’m curbing. I’m not letting myself.

Her daughter is excited to be a big sister
As soon as I told her she started crying, she said “This is the best day of my life.” Everywhere we go she pulls up my shirt “there’s a baby in this belly” and [she asks people] “don’t you want to touch it?”

Everly loves Halloween
She wants to be an angel during the day and a peacock at night.

On her love of crystals
I love crystals. I’m always wearing them. They’re beautiful but to me there’s different properties for different crystals. You can use them and place them on your body and in your room. I like to wear them to the airport. I put them in my pockets and purse. I go through security and half the time they’re like “ma’am what’s in your pockets?”

“Hold on,” I’m pulling out ten crystals. It helps me feel grounded or whatever on a plane.

When Sean joked that Everly had a heart over her face, Jenna said very matter-of-factly, “we’ll let her decide when she wants to be on social media,” which is nice! I appreciate that perspective. As for crystals, I think they do have meaning for people and I like how Jenna is explaining what they mean to her and not saying everyone needs to be just like her. That’s a nice way to be, whether you’re into spirituality, new age concepts, or a particular religion. Just do you, share what works for you, and don’t expect other people to believe the same thing. Also I may own a few tiny crystals. I just think they’re pretty! I don’t ascribe any meaning to them. Put them in your purse though, don’t stick them in your pockets at the airport. 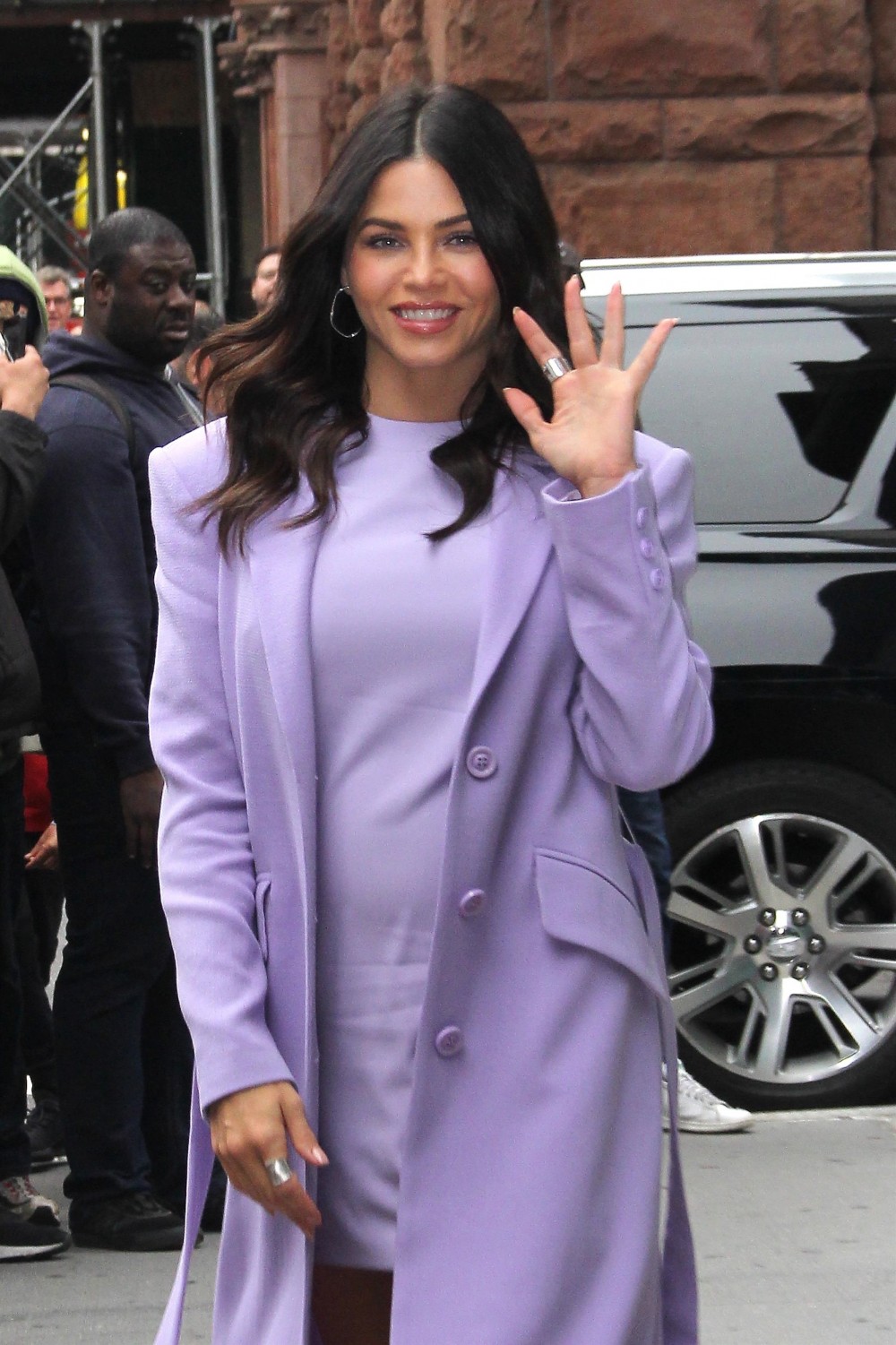 BTS of the @people shoot out on stands this week! What a special day..We talk love, new beginnings and my book #gracefullyyou. And as you can see, I lived my full fairy self in this shoot😂🧚🏻‍♀️🤰🏻❤️