Theory: Brad Pitt has worked with an Oscar strategist & speechwriter for months 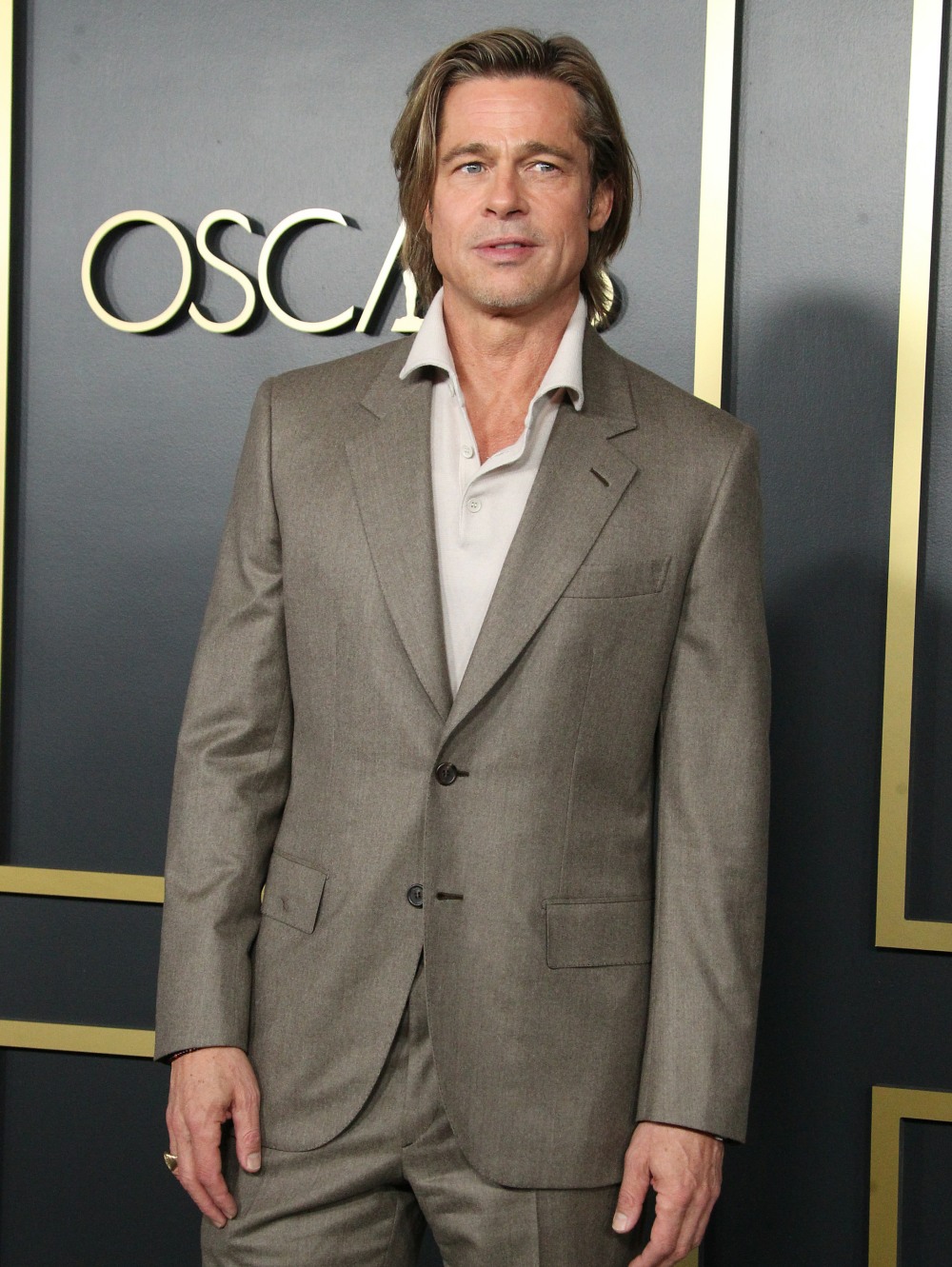 One of the reasons why this year’s awards season has been so boring is because all of the acting awards are sure-things. As much as I’d love to see a shake-up on Oscar night, Brad Pitt, Renee Zellweger, Laura Dern and Joaquin Phoenix are 99.9999% guaranteed to win. In retrospect, I think Renee and Joaquin were always the favorites for the lead categories, and I think Pitt and Dern simply became the “consensus” favorites after the Golden Globes and a handful of critics’ awards. In Pitt’s case, I find it curious just how quickly the consensus was made though.

Could it be that Mr. I’m-Not-Campaigning actually was around to shake hands at a lot of those Oscar screenings? Could it be that the careful revelations in interviews throughout last fall were all by a specific design, mapped out by a publicist or Oscar strategist? Did Brad quietly hire an Oscar campaign consultant several months ago? Because it certainly feels that way. I was reminded of that as I read this Hollywood Reporter piece about the “art” of awards-speeches, and they used Brad as an example of someone hitting all the right notes:

Throughout this and other awards seasons, winning speeches at precursor ceremonies have become a weapon in the war to win an Oscar, just as often written by publicists and strategists as by the nominees themselves….Brad Pitt has been deft in using self-deprecation and humor to deflate bad press following his 2016 breakup with Angelina Jolie. The supporting actor candidate opened his SAG acceptance with a quip, “I’m going to add this to my Tinder profile” — his self-mocking tone a reminder to potential voters that even he could be single.

“He’s using humor to poke fun at a situation, knowing that the industry favors him [over Jolie],” says a producer and Academy member. “He’s building on goodwill that’s already there.”

Pitt kept up the humorous tone in his de rigueur acknowledgment of everyone involved with Once Upon a Time in Hollywood, while teasing director Quentin Tarantino about his foot fetish: “Seriously, Quentin has separated more women from their shoes than the TSA.” He also added the phrase du jour: “I love our community so much.”

These speeches have many of the same components and share the same goals. They remind Oscar voters still on the fence that the speakers are modest and likable; they embrace the Oscar “community,” which starts voting on the winners Jan. 30; and they reach for something larger than themselves, as Laura Dern did in accepting her supporting actress Globe for Marriage Story, when she spoke of giving “voice to the voiceless,” something of a stretch given that she was playing a high-priced divorce lawyer.

What’s new this year is that few of these speakers risk rocking the boat, even with an election coming up, and controversial comments have only been delivered by those who are not truly serious contenders in the Oscar acting race. Controversy may yet raise its head at the Oscars. But the takeaway from the awards so far is this: In one of the most political years ever, it’s safest not to mention politics at all.

Well, what’s become increasingly clear to me as I watch Brad’s awards speeches is that he absolutely hired a speech writer. How do you feel about that? I can’t decide. On one side, it seems on-brand for Brad Pitt specifically: someone who pretends to not care enough to campaign but actually spends money hiring someone to write his witty one-liners, because he’s self-aware enough to know he can’t come up with those lines himself. But also, isn’t that what we want? I would much prefer to see an actor stand up there with an award and deliver a thought-out witty speech “off the cuff” rather than hem and haw and pretend to be flustered.

This also reminds me of Jennifer Aniston’s ultimately failed Oscar campaign for Cake in 2014/15, remember that? She reportedly spent SO MUCH money hiring the best Oscar campaign strategist in town and carefully plotted to become the “favorite”… only to never even get an Oscar nom. I guess Brad didn’t hire the same woman as Aniston.

Also: Brad clearly spent some money on extensions and wigs for his Oscar campaign, my God. 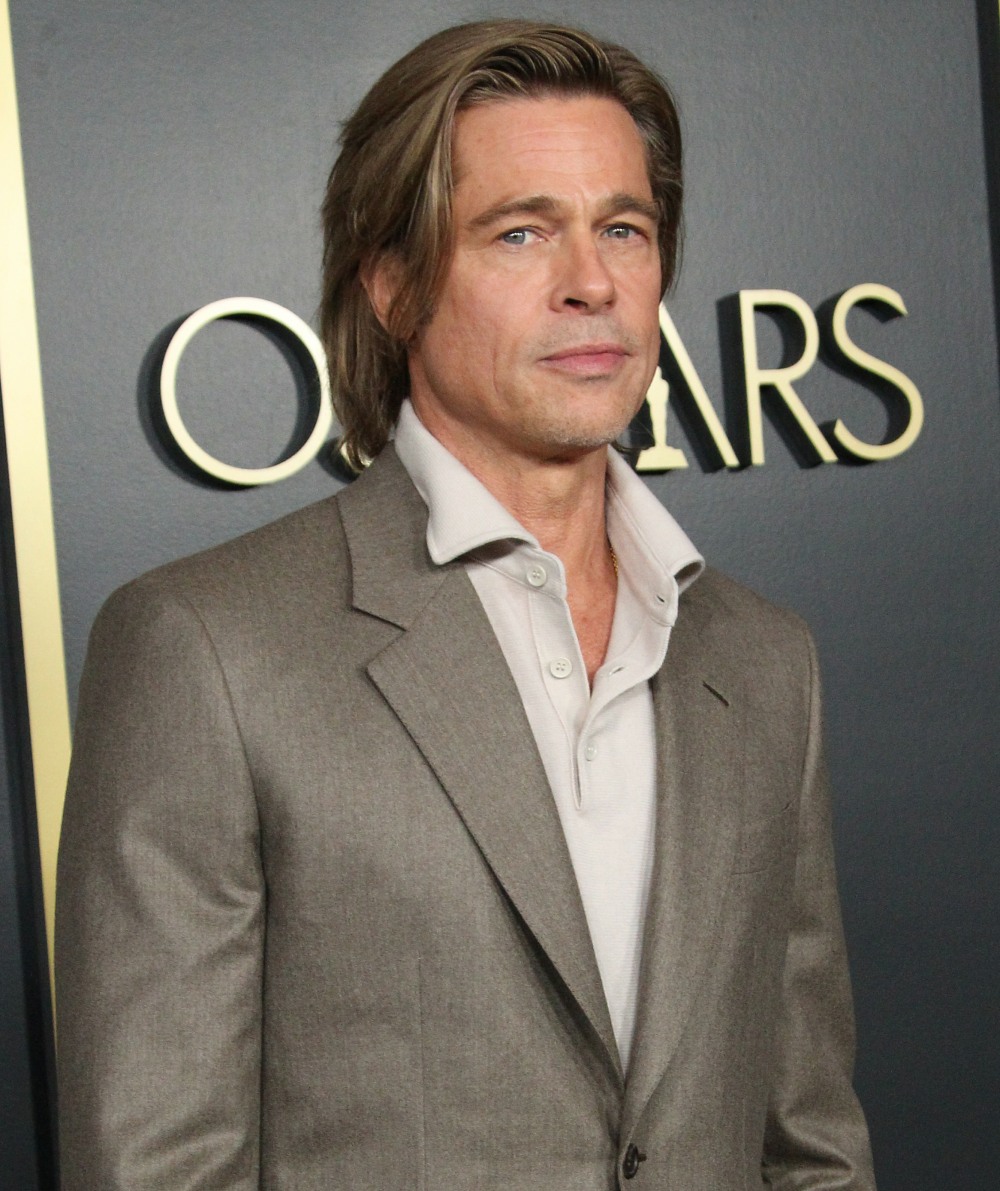 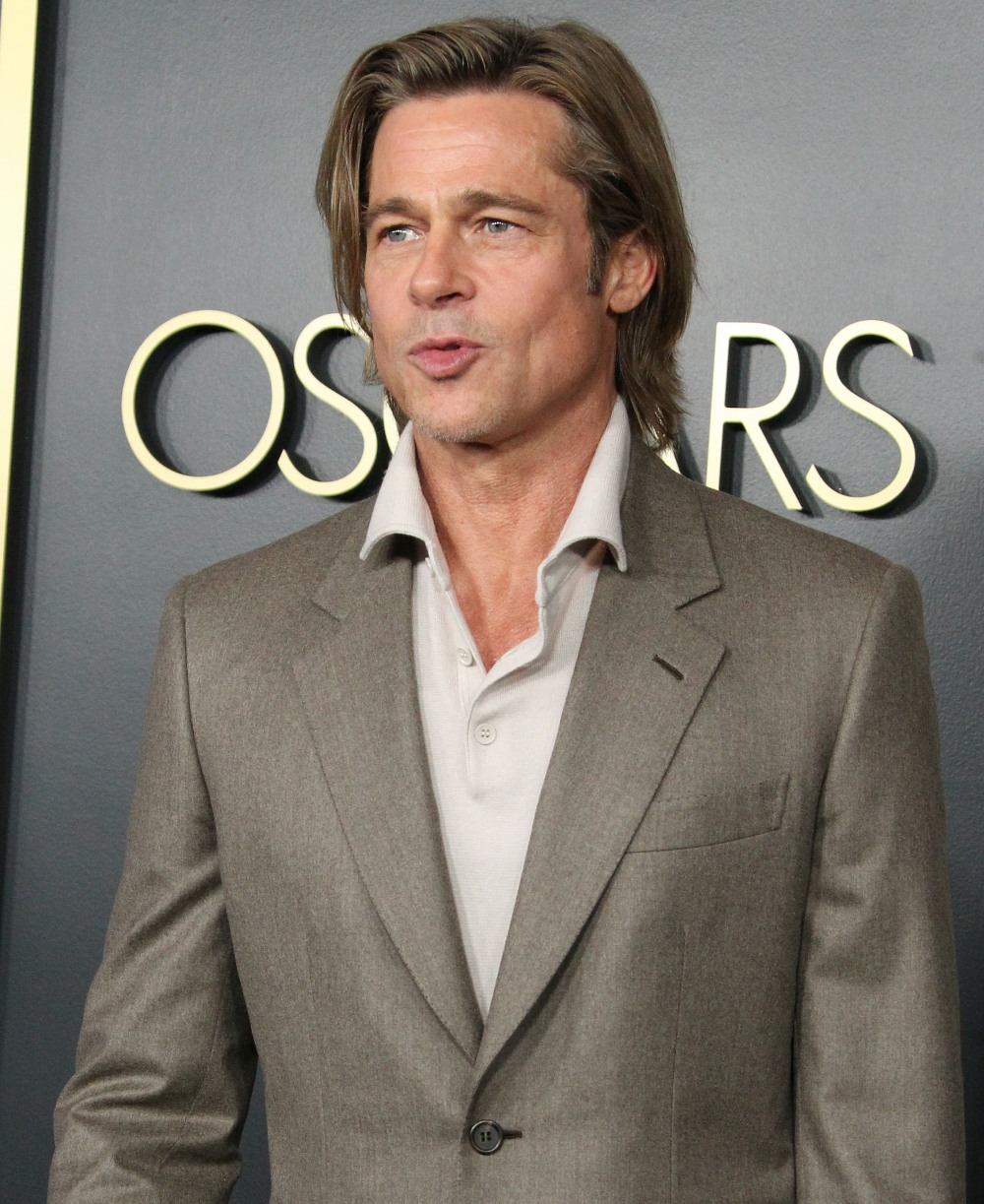 48 Responses to “Theory: Brad Pitt has worked with an Oscar strategist & speechwriter for months”