Did Jay-Z pressure Jennifer Lopez to change her political statement in the Halftime show? 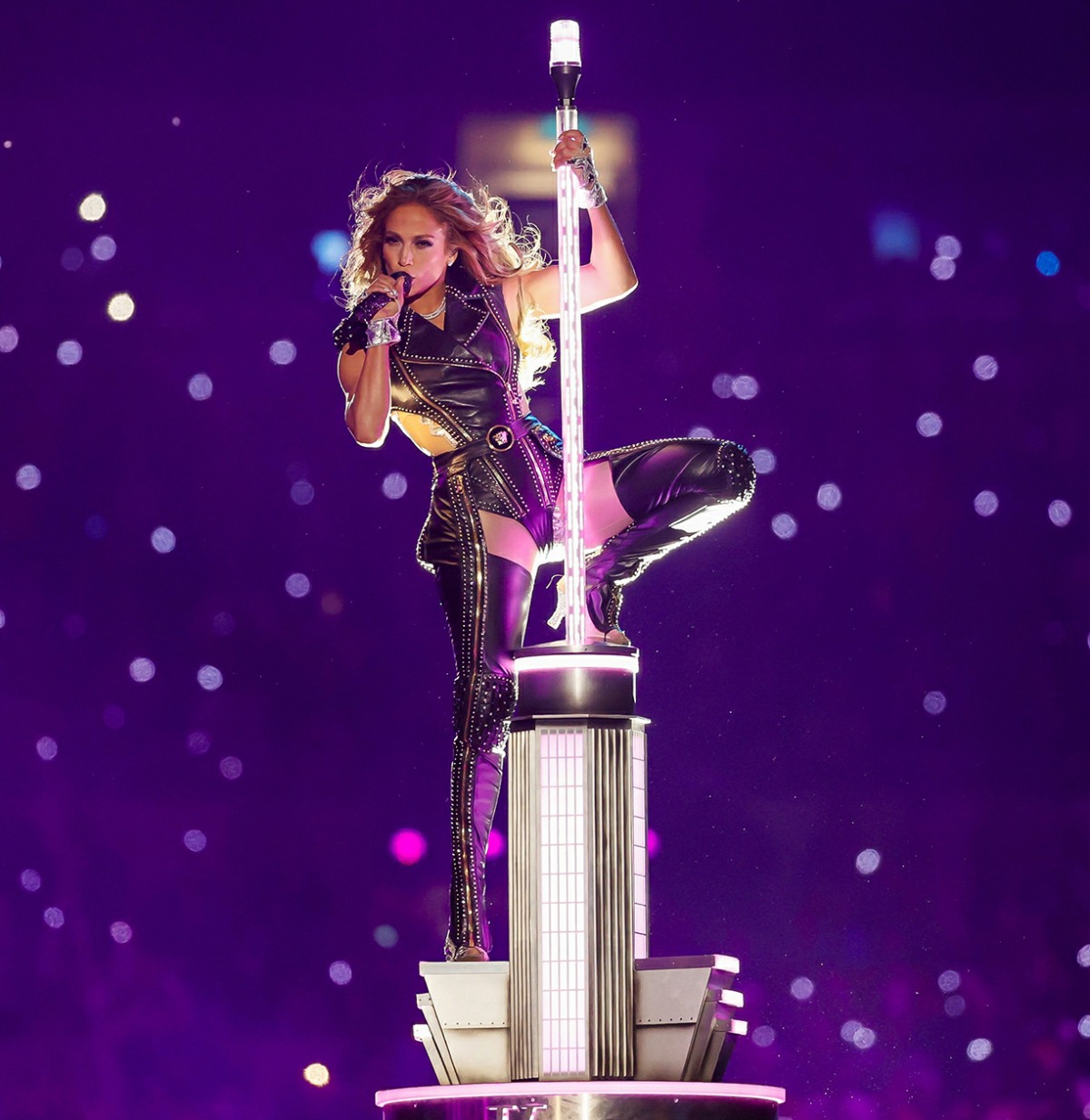 I loved this year’s Super Bowl Halftime show, as I said yesterday. Shakira and Jennifer Lopez were joyful and fun and energetic and they understood the vibe in Miami, in 2020, in Trump’s America. Simply being on that stage as two Latina women was a political act, and they wore that with exuberance. Of course, they also added some layered political commentary into the performance too – there was a visual reference to children in cages, Jennifer Lopez’s daughter Emme did a version of “Let’s Get Loud” with “Born In the USA” and Jennifer wore a Puerto Rican flag.

The entire Halftime show was a celebration of Latin culture, but also a wonderful reminder that Latin culture has become completely enmeshed with American culture, and that blend is global. But yes, the politics were extraordinary, and I’m so proud of what Shakira and Jennifer Lopez did. I don’t think of either woman as political entertainers, but as we’ve been saying for years – simply existing as a person of color, simply existing as part of a marginalized community, is a political act. Anyway, Love B. Scott had a story about how Jennifer was under pressure to edit out some of the political messaging from the show:

Sources at Roc Nation exclusively tell lovebscott.com that [children in cages] moment almost didn’t happen. The political statement about the border crisis was J. Lo’s brainchild, a response to the Trump administration’s controversial immigration policy detaining undocumented minors in cages. But Roc Nation, the management/production company headed by Jay-Z, fought to get her to cut it from her set. Jay-Z’s Roc Nation deal with the NFL is supposed to be working to smooth over the drama caused by Colin Kaepernick’s social justice protest; but a lot of people aren’t happy with the partnership- including some inside the rapper’s own organization.

Sources also exclusively tell lovebscott.com that despite a great deal of pressure from Roc Nation, Jennifer put her foot down and insisted on keeping the segment. We’re told Jay himself even tried to personally intervene to convince her, but Jennifer would not be moved away from the idea. Apparently, tensions ran so high between the two camps that Lopez eventually pulled out of joining Shakira for the opening number of the halftime show. Instead, Shakira and J. Lo only performed together briefly at the end of the show. Roc Nation also encouraged Shakira (a Roc Nation client) to not appear onstage during “Born In The USA”, but the singer eventually decided to do it anyway, “playing drums during the number.”

[From Love B. Scott]

If this is true – and I don’t know if it is – then Jay-Z absolutely f–king sucks. Is this what he “got” from his NFL deal? He had to sell his principles and exert pressure on a Latina artist trying to make a political statement? All while he and Beyonce sat for the Anthem, because that was his big political statement? Jesus. I’m glad Jennifer handled it and refused to be intimidated by him. 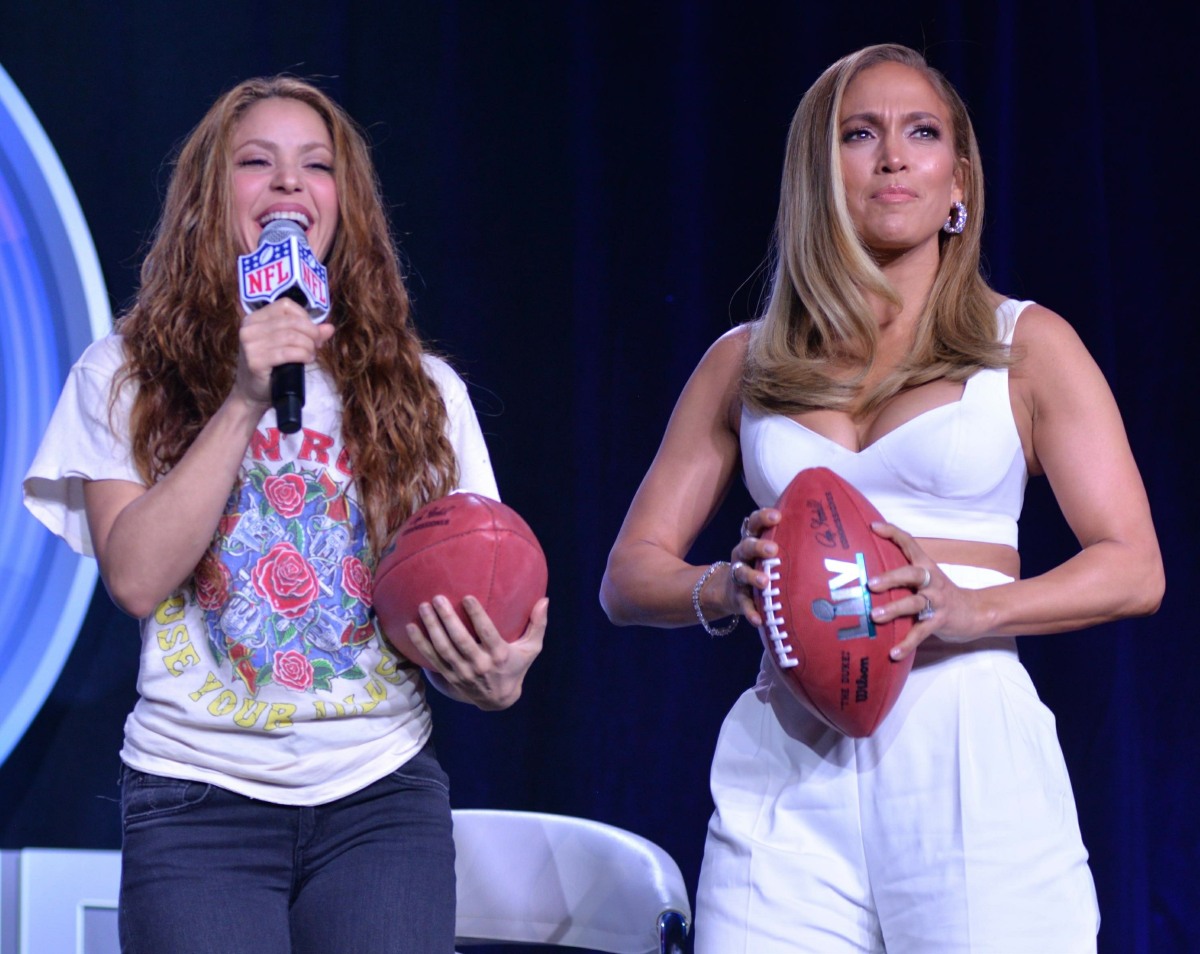 111 Responses to “Did Jay-Z pressure Jennifer Lopez to change her political statement in the Halftime show?”