Keanu Reeves & Alexandra Grant have been together for years, claims Jennifer Tilly 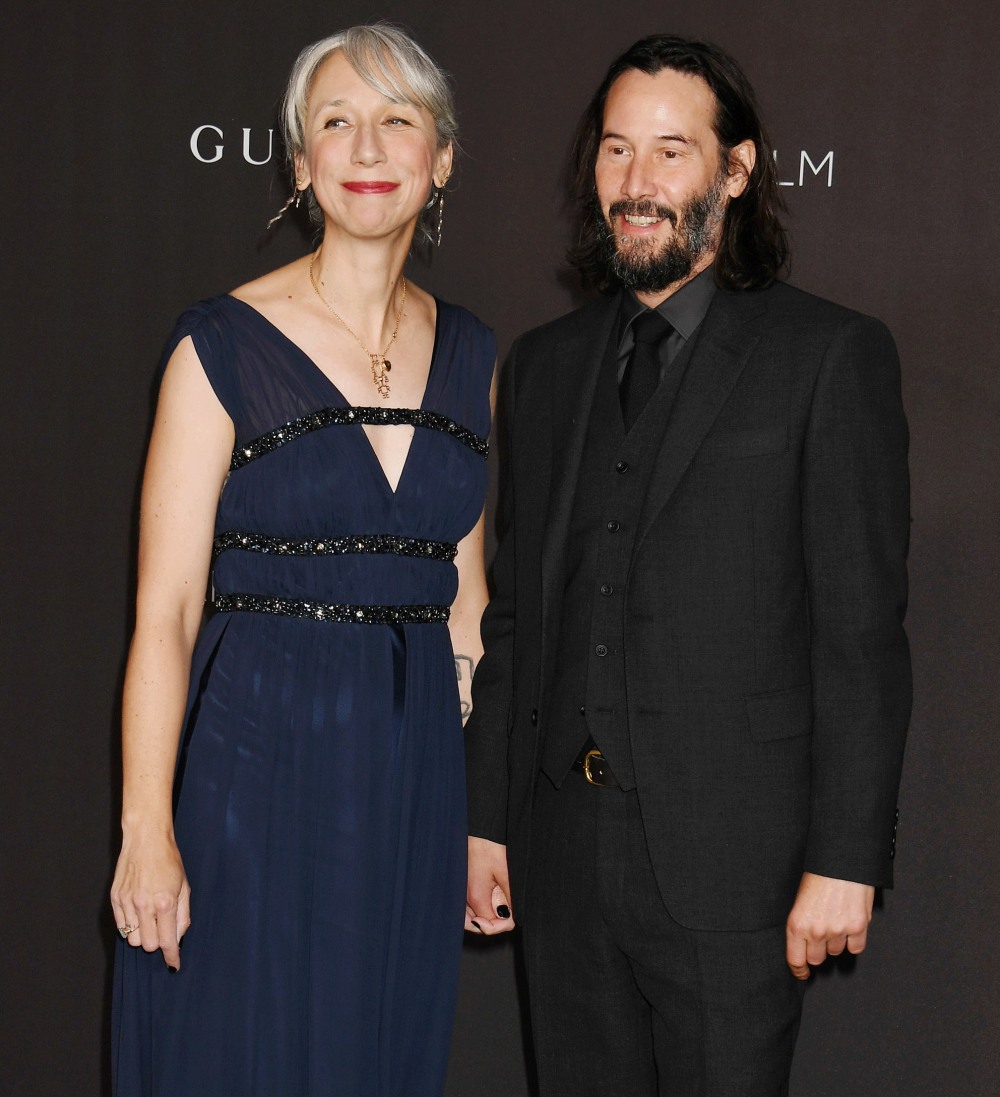 Last November, we became obsessed with the fact that Keanu Reeves has an age-appropriate, silver-haired artist girlfriend named Alexandra Grant. It was one of the my favorite stories of 2019, honestly. Alexandra and Keanu walked a red carpet together and I called it their “official debut” as a couple at that point. But it wasn’t true – Keanu and Alexandra had been attending events together in a lowkey way for the better part of a year, and some sources claimed that they had actually been dating since the summer of 2017. Now their friend Jennifer Tilly says that it’s true, Grant and Reeves have been together for a couple of years at least.

Jennifer Tilly was shocked when the Internet went crazy over pal Alexandra Grant and Keanue Reeves‘ relationship, because the actress tells Page Six the couple have actually been dating “for years.”

“I remember a couple years ago, about a year and a half ago, [Alexandra] said, ‘Keanu Reeves is my boyfriend’ and I’m like, ‘Wait. What? What? What?’” Tilly, 61, said the American Heart Association’s Go Red for Women Red Dress Collection on Wednesday night. “She was so cool I thought she was a lesbian.”

In November, Reeves, 55, and Grant, 46, were seen holding hands at the Lacma Art + Film Gala, and instantly sparked romance rumors. “It’s really astonishing to me how in the last five months, all of a sudden, she goes to an event with him and everybody goes insane, like, ‘It’s his new girlfriend,’ because she had gone to a lot of events with him,” Tilly said. “It’s just suddenly surfaced that he’s been dating her for several years.”

The “Child’s Play” star, who met Grant at a dinner party years ago, raved that the “brilliant artist” is perfect for Reeves because they are both “low key.”

“I saw him at her last art opening, and he’s not, like, wanting the spotlight, because he’s a really low-key guy, too, and I think why everybody went crazy is that they’re sort of the perfect couple,” Tilly said. “I think everybody wishes that they had something like that. It’s not a razzle, dazzle Hollywood romance.”

The actress shared that Grant — who is still a bit of a mystery to the public — is a “cool, elegant woman — very quiet, very low-key. [Keanu] is a really great guy, too, but he’s really lucky.” When asked whether she thinks her pals will tie the knot someday, Tilly responded, “I don’t know that doesn’t seem very hip and bohemian, does it? They’re artists. They’re just going to do what they do.”

I think that’s really cool too – it’s kind of clear to me that SO many people in the industry respect the hell out of Keanu and they aren’t trying to gossip about him to Us Weekly or whatever. Alexandra must inspire a similar kind of discretion, although she’s friends with Jennifer Tilly who just spilled her guts to Page Six, but whatever! The point is that Alexandra and Keanu have been happening for a while and people only recently found out about it and it’s fine. And I don’t think they’ll get married either. They’ll just live together and create ART.

21 Responses to “Keanu Reeves & Alexandra Grant have been together for years, claims Jennifer Tilly”