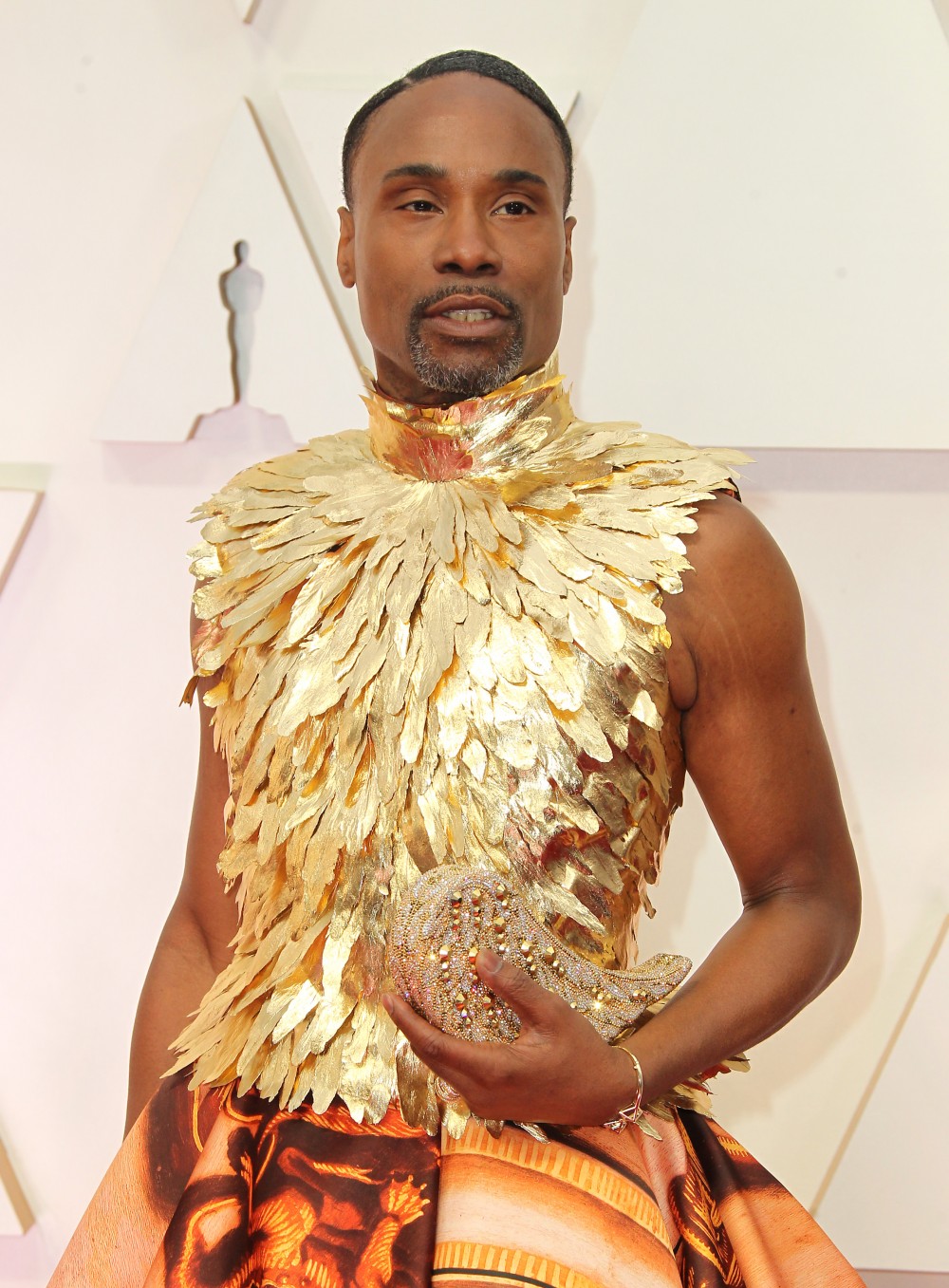 Billy Porter wore that iconic Oscars Christian Siriano tuxedo dress just last year! He wore it again for a Sesame Street guest appearance, which was incredible. Then, this year, he got hired by ABC to do red carpet interviews and he was hands down the best one there. He brought his honest energy to it and he was a joy to watch. He said that Al Pacino was bringing “disheveled realness” to the carpet, he asked “what’s that stuff?” about Sandra Oh’s dress and Lily Aldridge deadpanned “ruffles.” He mispronounced Michael Strahan’s name and then owned it and laughed about it and he was just so great.

Billy was in custom Giles Deacon. The skirt was designed as a nod to the Cupola Room of Kensington Palace and the top was made of 24 karat gold feathers! His shoes are Jimmy Choo and he’s wearing Swarovski jewelry. 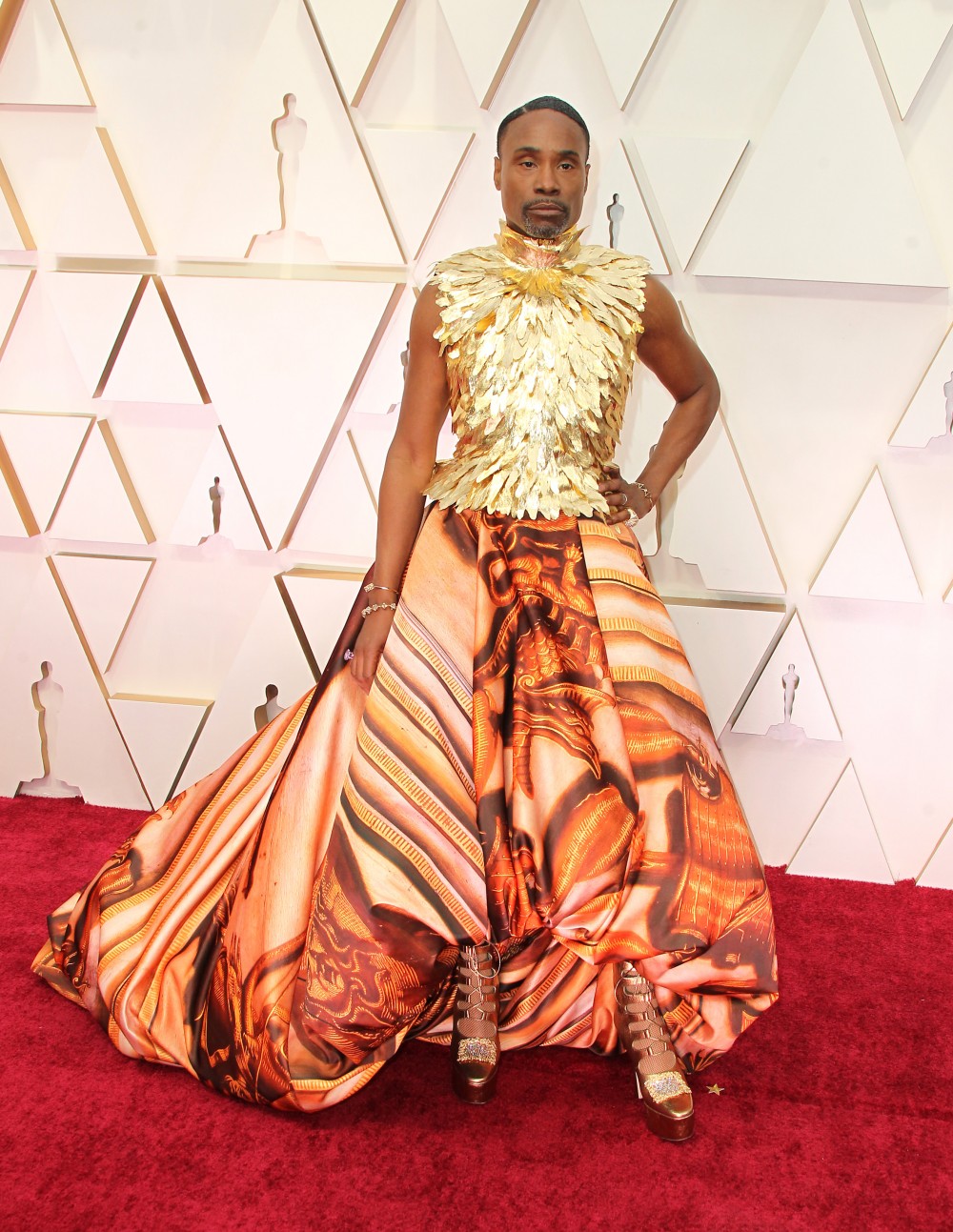 Billy also performed during Jenelle Monae’s opening number and he was everything.

Speaking of Sandra Oh, I don’t want to make her the headliner because I would feel bad about that. She was in a metallic pink Elie Saab dress with sequin stripes, ruffle sleeves and a puffy hem that matched the sleeves. Plus it had a belt and the color was a bit too muted. It was a lot of gown and gets a thumb down. 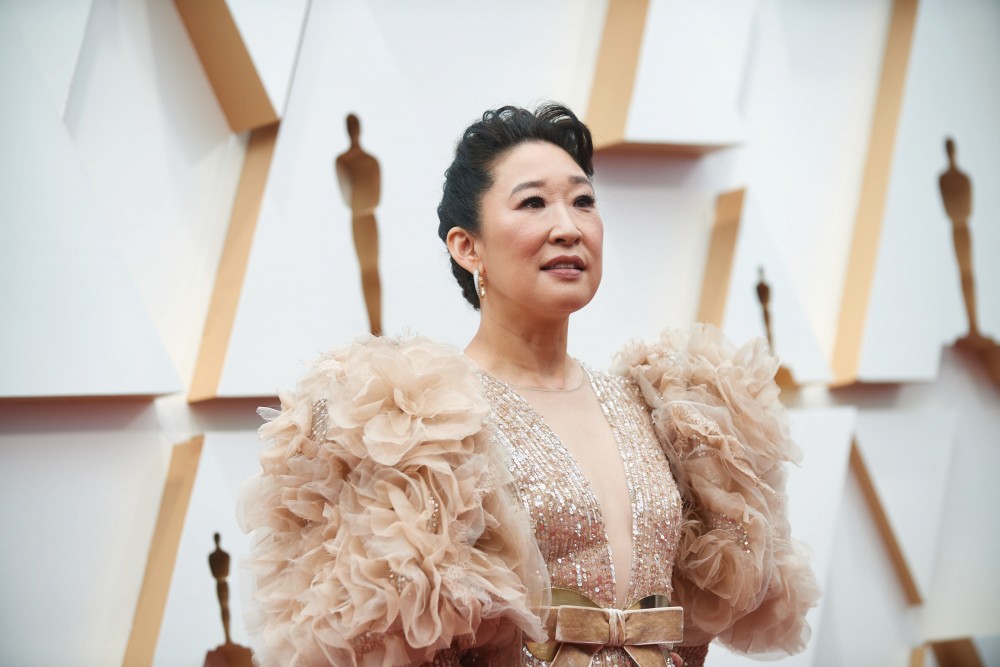 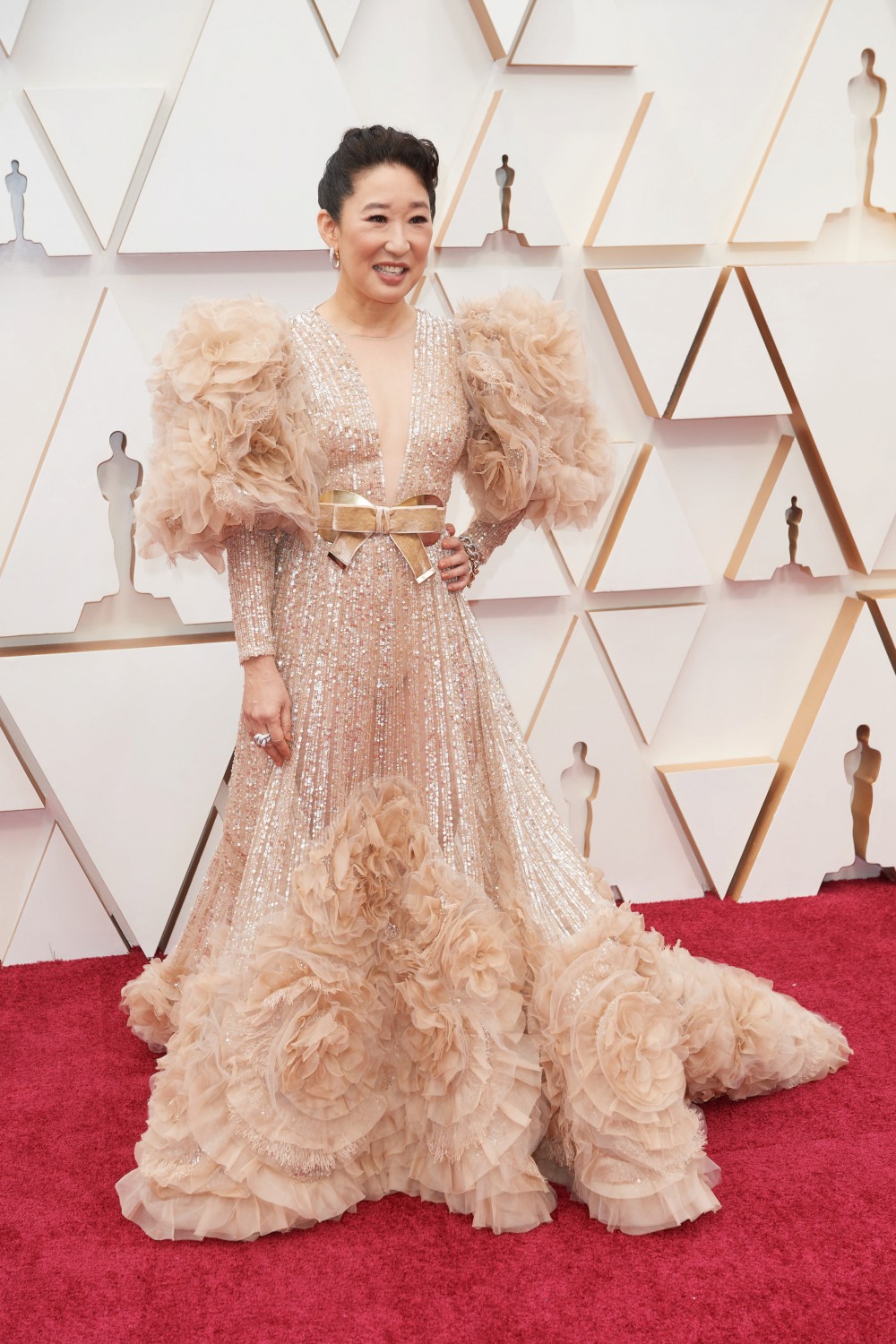 Jane Fonda was also in Elie Saab and this was actually a repeat from her from not long ago. She wore this gown to Cannes in 2014. She looked amazing and this is how you do sustainable. I also like that she’s in red, which is surely a nod to her Fire Drill Fridays protests. Jane presented Best Picture and she paused perfectly before saying Parasite. I thought she was doing it for dramatic effect but others said that she probably wanted to just make sure after the Faye Dunaway’s 2017 Best Picture error.