Simone Biles: criticism of my body has ‘gotten me down at times’ 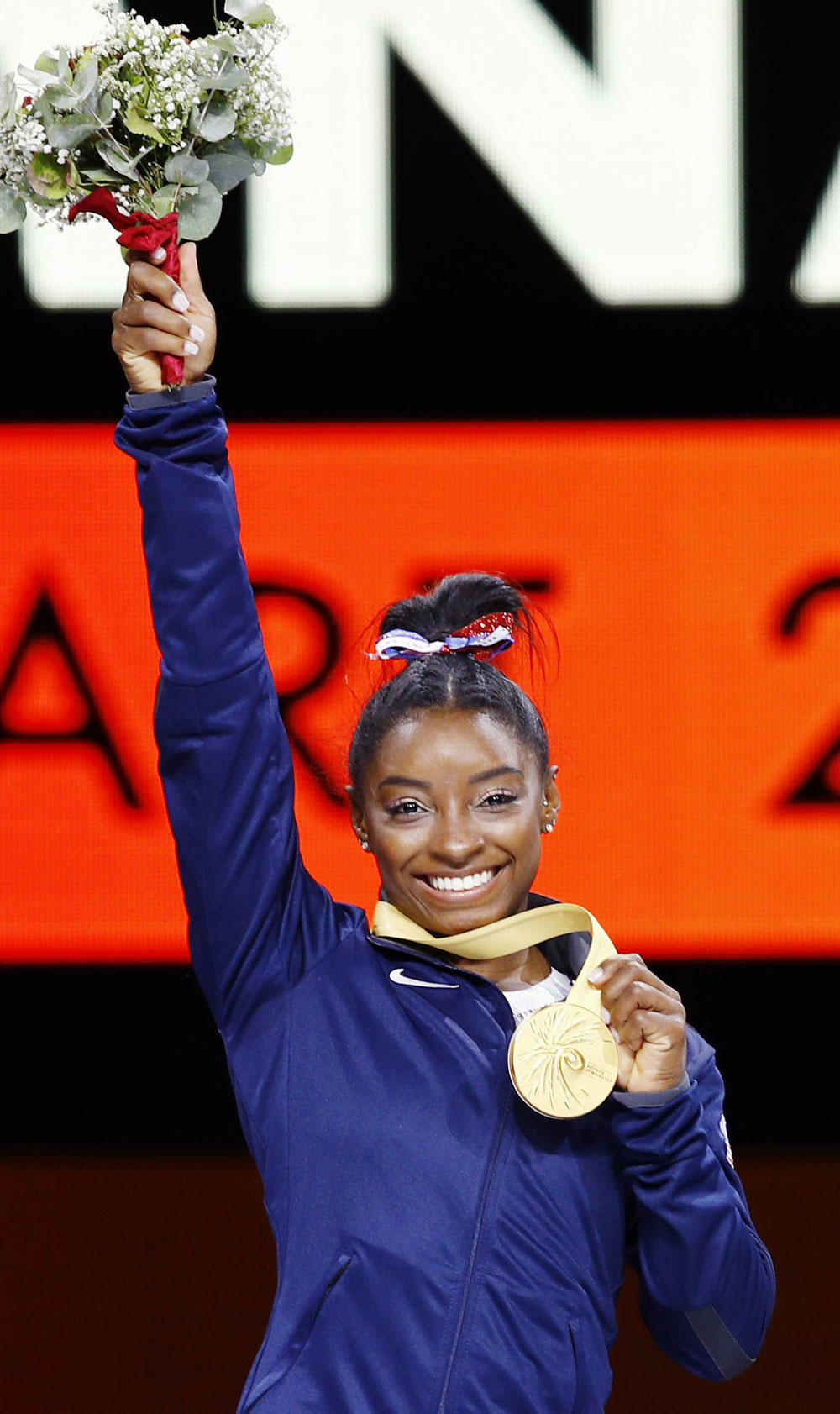 Simone Biles is the most decorated gymnast in world championship history. She has a total of four moves named after her. Simone was the most decorated gymnast at the Rio Olympics, along with swimmer Katie Ledecky. She’s getting ready to head to the Tokyo Olympics this summer, and as part of her run-up to the games, she partnered with beauty brand SK-II to send an important message about ending the toxic competitions around appearance:

Biles, 22, and the beauty brand this week launched a campaign to put an end to beauty competition. The goal of #NOCOMPETITION is to raise awareness about unnecessary comparisons and judgements, and to inspire women to embrace what beauty means to them — and no one else.

Biles tells PEOPLE that it’s time we shed more light on this toxic culture of negativity.

“Personally, I feel like it’s something that’s not talked about a lot — especially in the athletic world — and I think it’s a really important conversation to have. And I don’t think I’m the only that feels that way, so partnering with SK-II was neat for me because [together] we get to bring this topic to the surface.”

In 2016, Simone told Hoda Kotb that a coach had called her “too fat” in 2013, which devastated her. Simone shared the news of her campaign with SK-II on Instagram, and talked about the terrible things about her body that people have said to her, and how they have hurt. That post is below and People excerpted some of the text:

“In gymnastics, as in many other professions, there is a growing competition that has nothing to do with performance itself,” she wrote. “I’m talking about beauty. I don’t know why but others feel as though they can define your own beauty based on their standards.”

Biles continues: “I’ve learned to put on a strong front and let most of it slide. But I’d be lying if I told you that what people say about my arms, my legs, my body…of how I look like in a dress, leotard, bathing suit or even in casual pants hasn’t gotten me down at times.”

Simone says, “I am standing up for myself and for everyone that has gone through the same.”

This is a campaign with a beauty brand, but it’s such an important message. It’s mind-boggling and heartbreaking to me that Simone has had to put up with comments like the ones from the coach and others who feel that it’s completely acceptable to comment on her appearance at any time because she’s an athlete whose body is the center of attention when she’s competing. I hope that the campaign helps shift the conversation around body image away from toxic beauty standards and that Simone brings home more medals this summer!

Beauty. When did it become a competition? #NOCOMPETITION @SKII #skiipartner

weekend check ✔️ – we hosted the 3rd Simone Biles INTERNATIONAL Invitational which was totally E P I C Thank you to everyone who helped bring this vision to life! I’m one happy girl 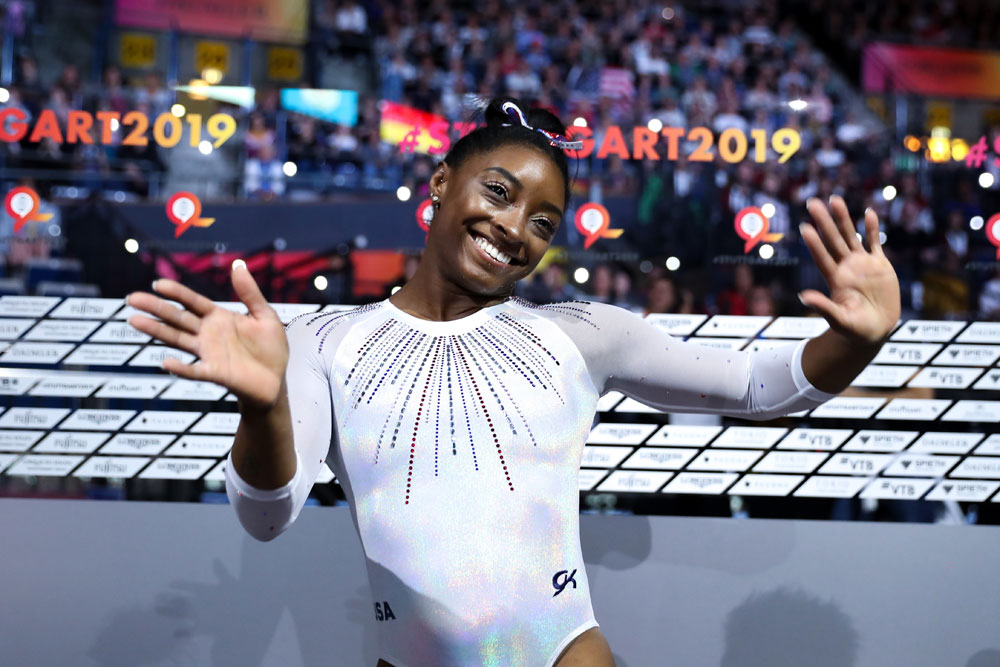 26 Responses to “Simone Biles: criticism of my body has ‘gotten me down at times’”