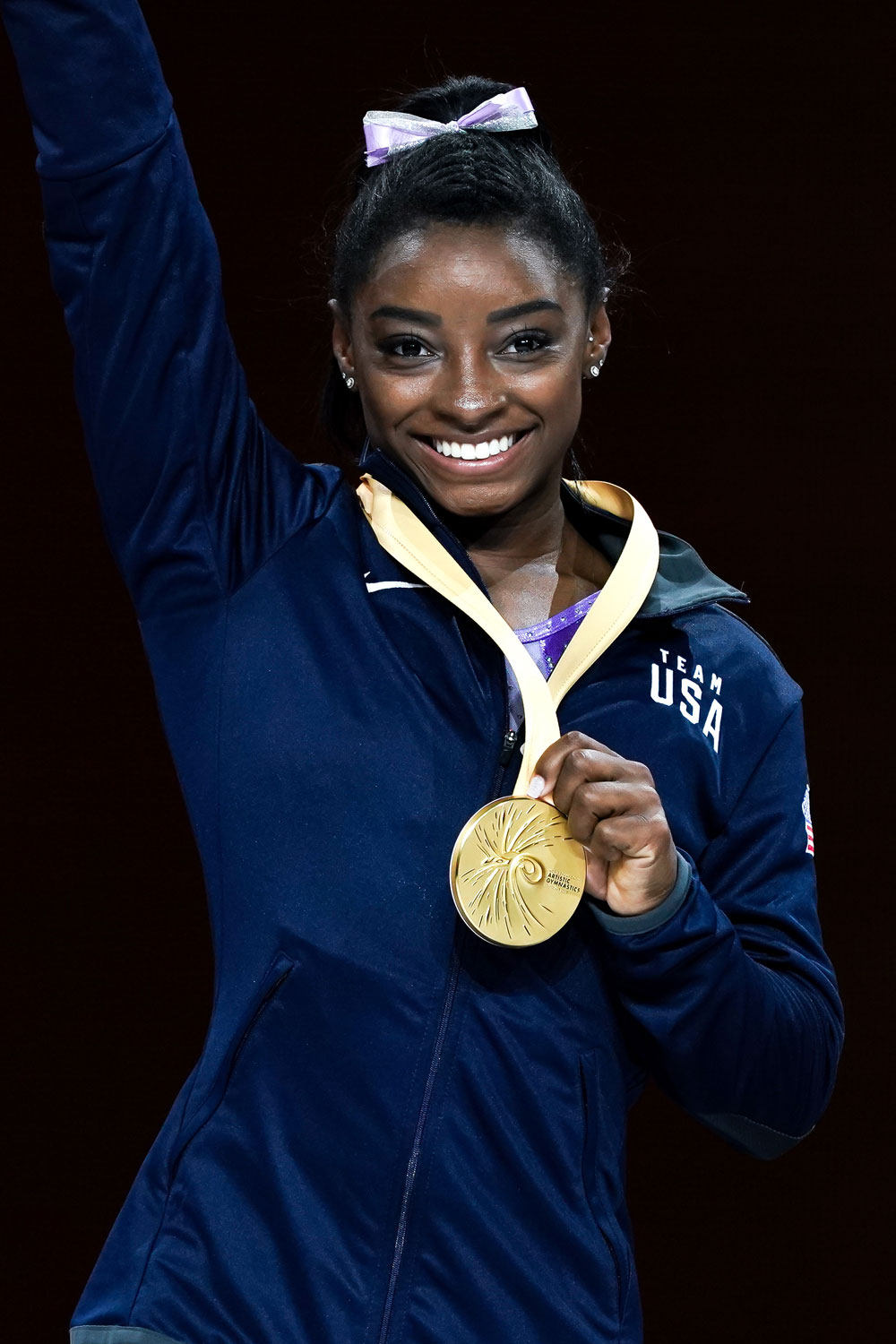 I am in awe of anyone who has even a smidge of athletic talent, as I am a fantastic spectator and cheerleader, but my talents stop right at the edge of the field/court/mat. The strength, stamina, and skills that athletes possess amaze me. Simone Biles clearly has all of those. On Sunday, I was sleeping late, eating waffles, and watching Hocus Pocus for the umpteenth time this year while Simone Biles was making history in Germany:

Simone Biles has made history again!

The four-time Olympic gold medalist, 22, broke a world championships record on Sunday, as she picked up her 24th and 25th medals.

Winning gold medals for both her floor routine and the balance beam, Biles became the most-decorated gymnast at worlds, breaking the long-held record of 23, which was set by male gymnast Vitaly Scherbo back in the 1990s.

Days earlier, Biles had already become the most-decorated woman, when she won her 21st medal in the team competition, according to the New York Times.

On Sunday, Biles, who has struggled on the beam in the past, jumped up out of her seat as her scores came in and began celebrating as she saw she had received 15.066 points.

The gymnast ended her big day with her floor exercise, on which she earned 15.133 points — putting her a full point ahead of fellow American gymnast Sunisa Lee.

Simone has two new moves named after her:

The 22-year-old perfectly executed a triple-double, which consists of a double backflip with three twists, to start her floor routine at the 2019 gymnastic world championships in Stuttgart, Germany on Saturday. That is expected to be known as the “Biles II.”

The impressive performance from the decorated Olympian did not stop there. She landed the double-double dismount from the balance beam, a move that includes a double-twisting double backflip. Not an easy feat to say the least. That move will now be called the “Biles.”

I can’t stop rewatching videos of Simone’s routines. NBC Sports has video of her medalling balance beam routine. I also can’t stop thinking about the fact that Simone is doing all of this hard work on behalf of USA Gymnastics, and in August, she called out the organization for failing to protect athletes from Larry Nassar, after acknowledging in early 2018 that she was one of his victims. I’m so happy to see Simone doing well, thriving, and being awarded for her talent. I can’t wait to watch her at the Olympics next year.

Simone Biles now holds the record for most world medals by a gymnast. Here she wins her 25th world medal.pic.twitter.com/HDaPotLVkv 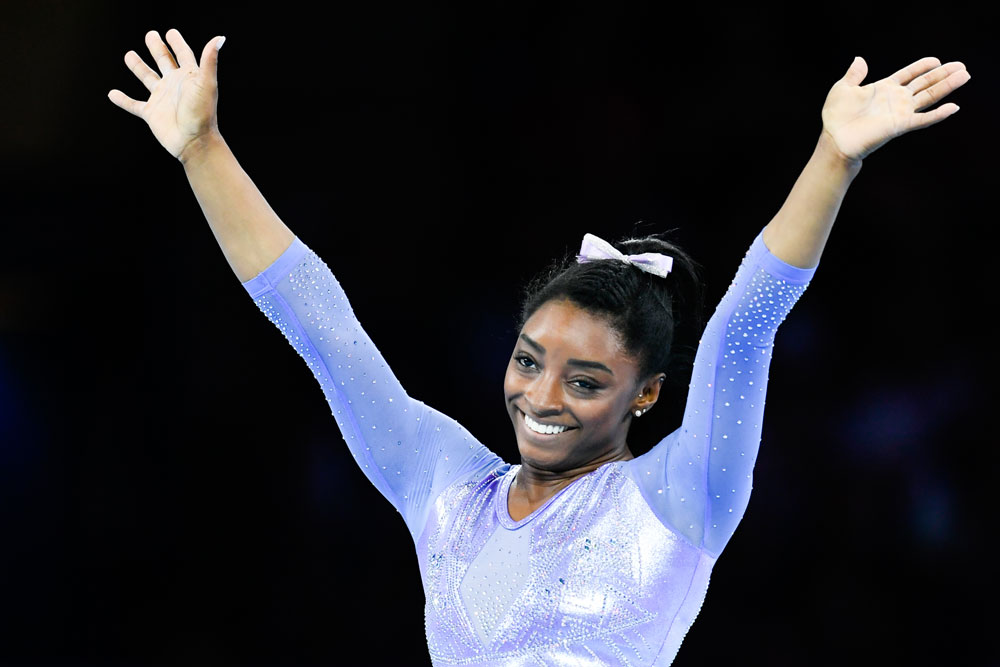 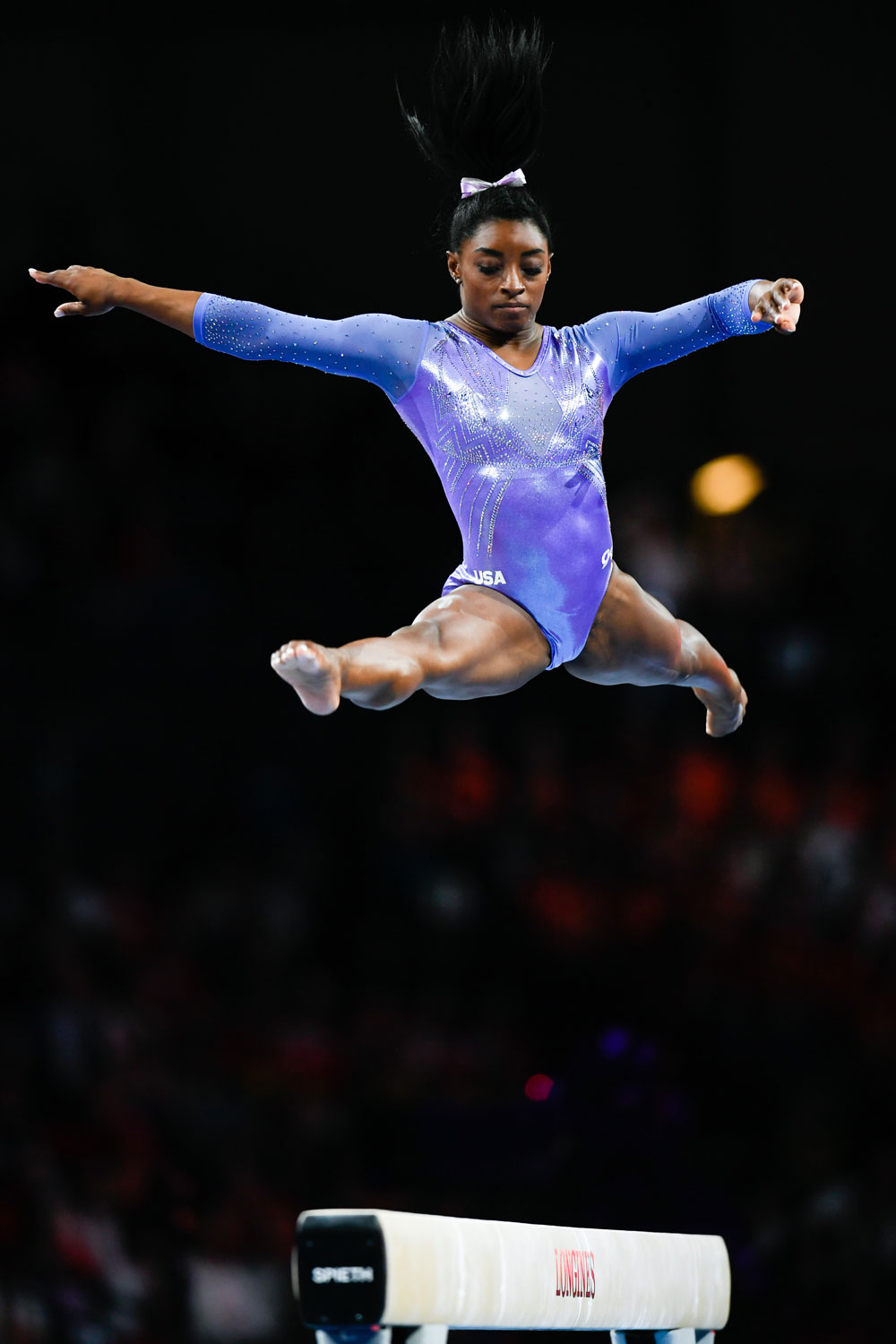