Ben Affleck: ‘I really don’t want my children to pay for my sins’ 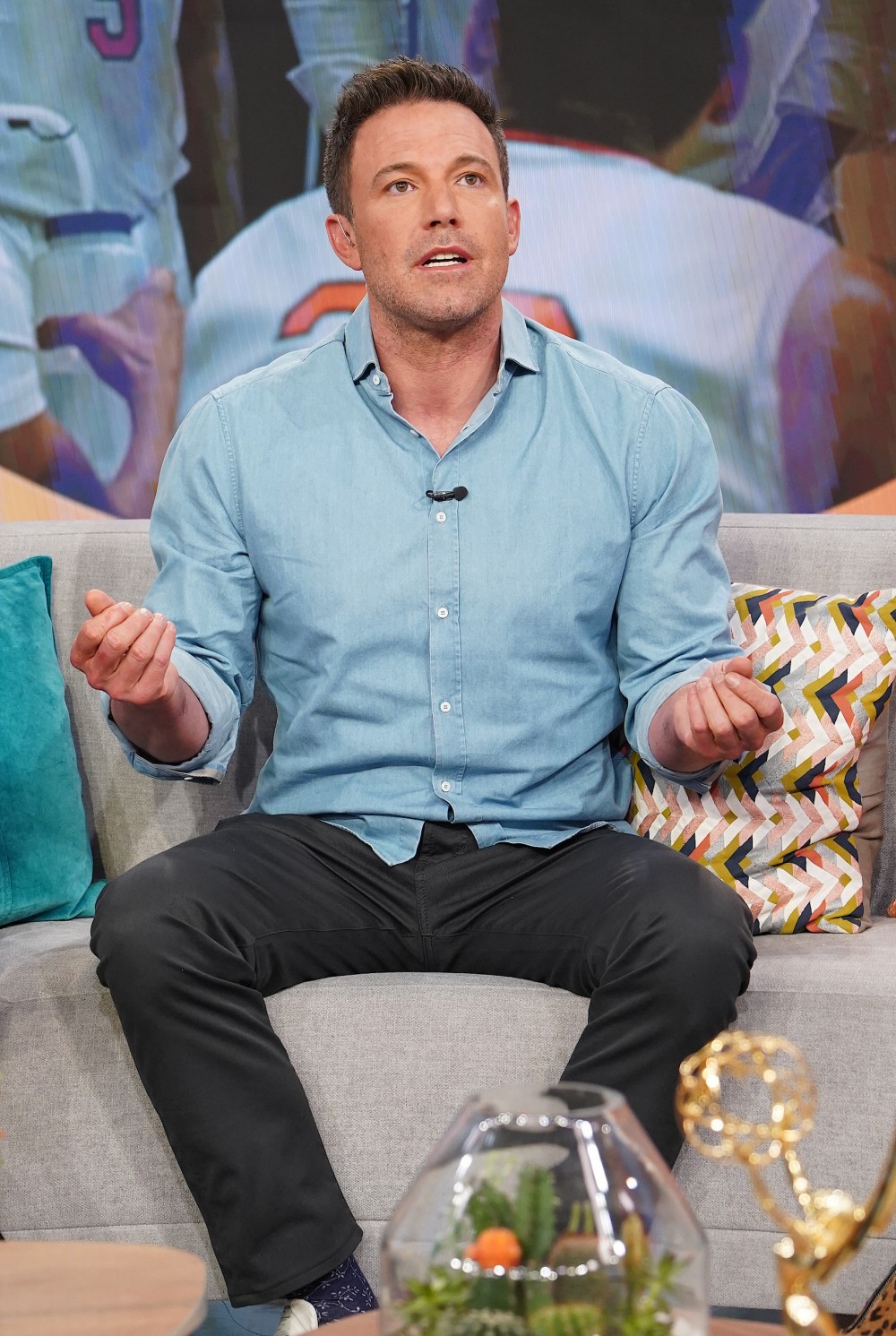 Earlier this week, Ben Affleck had an extensive interview published in the New York Times, in which he talked openly about his alcoholism and at his regret at being divorced. He also discussed his family’s history of alcoholism and what it was like to grow up with an alcoholic father. It was the most candid he’s been, and it was part of promotion for his film The Way Back, where he plays an alcoholic divorced man coaching a high school basketball team. The subject matter is personal to Ben as we’ve seen him struggle with sobriety for years. He did a new interview with Diane Sawyer which aired on Good Morning America yesterday. I found him to be sincere and open about it. Here’s some of what he said and you can see the video here.

On his early sobriety and his recent struggles
I got sober when I was younger in 2001. Which I now look at as sort of a JV version of what really a problem is.

I was sober for a couple of years. And then I thought, ‘You know, I wanna just drink like a normal person. And I wanna have wine at dinner and so on. I was able to for about eight years.

I started to drink more, and more. And it was really hard for me to accept that that meant that I was an alcoholic. I was like, ‘I could just go back. I was fine before. You know, I just need to take a break.’

I started to drink every day. I’d come home from work and I’d start to drink. And then I’d just sit there and drink till I passed out on the couch.

On growing up with an alcoholic dad
[My dad] was drunk every day and that was just life. And as that got worse, that was really, really painful. And I always said, ‘That’ll never be me. I am never gonna do that.’

He was worried about how his drinking affected his kids
I really don’t want my children to pay for my sins. Or to be afraid for me, which is one of the hard parts of being the child of an alcoholic. You think, ‘What if my dad gets drunk? What if he does something stupid? What if he ends up on TMZ,’ you know? And on my newsfeed and other kids see it?

He took time off after that to be with his kids
I took the last half of the year off. And I just got to be dad. Drive ‘em to school, pick ‘em up. Go to the swim meet. That’s where the parenting happens. It’s in the moments where you’re just taking them back from soccer. And they see something profound. Or they talk about how they’re really feeling about something.

That’s where you get to be the parent. And that’s what I don’t wanna miss.

You’re not gonna avoid causing your kids pain. Pain is a part of life. I take some comfort in that.

I’m doing my very, very best. It has to be good enough. I don’t really have a choice. I have to be the man I wanna be at this point. I don’t have any more room for failure of that kind.

Diane Sawyer read a statement from him about Garner
Ben’s statement: What I want to say publicly and privately is thank you. Thank you for being thoughtful, considerate, responsible and a great mom and person.

I’ve been sober three and a half years, but like Ben I first got sober in the early 2000s and had two years before I started drinking again. It was manageable until it wasn’t. I also tried to moderate and found it impossible. So many of us have similar experiences and his story resonated with me. He’s trying to be open and vulnerable as he reboots his career with a film that’s personal for him. I liked what he said about trying to be a better person for his kids, and not like the dad he had. Plus it was nice nice the way he acknowledged Garner and thanked her. This was definitely hard-fought and I bet Garner isn’t holding her breath that this time is going to stick. Maybe he’s doing this to keep himself accountable too.

54 Responses to “Ben Affleck: ‘I really don’t want my children to pay for my sins’”