Drew Barrymore on body acceptance: ‘I have stood in my closet and just cried’


So many people have been speaking out about struggling to accept their bodies as they are, in part because of awful comments from thoughtless or awful people, and because of the pressure that they’ve put on themselves to look a certain way. Drew Barrymore is the latest mom to share her story of body acceptance and to offer words of encouragement to others. She wrote a lengthy note on Instagram and included two photos side-by-side: A paparazzi shot of her while she was pregnant, dressed in yoga pants and a tank top, hair pulled back in a ponytail and walking outside. In the other, she’s sitting in a director’s chair, wearing a red dress and heels, clearly made up and ready to be photographed. Those are above and here’s Drew’s caption.

I go up and I go down. The rollercoaster of my body is a challenging, but beautiful ride. I made two kids. The single most important purpose for me being on this planet is for them! It is a true miracle I was able to have these two girls. So whatever the aftermath on my body, well bring it on! That said, there have been times i have stood in my closet and just cried. Hated getting dressed. Didn’t feel good! It takes so much for me to look decent. I have to eat just right and Work my ass off! I cannot fight the fact that I have the propensity to be the Pillsbury dough boy! (Now all I can think about is crescent rolls) So DON’T Be fooled by what you see when people are thin right after baby. Don’t compare yourself to the magazines and the red carpets. If I looked decent on anything I have done since I had my two kids, I have clawed my way there. You can too! However, it is hard to sustain and can take a lot of the joy out of life with food. But not anymore. NOW I have found that elusive B called BALANCE. 45! It only took 45 years to find myself. Right where I am supposed to be.

And it’s not perfect. But it’s me. And most importantly, I want to share it with you. Ps this is the power of @marniealton, she’s the one who helped me be @santaclaritadiet ready!

Drew mentions a woman named Marnie Alton, and credits Marnie with helping her look “Santa Clarita-ready.” People clarifies that Marnie is a personal trainer. I like that Drew is one of those people who demystifies celebrity beauty, reminding us that so much of it is down to personal trainers and a great, as Tori Amos would say, “glam squad.”

Drew is directing her story to mothers, and telling them not to be fooled by celebrity moms who have quickly lost weight and look gorgeous so soon after having giving birth. Her comments are, of course, helpful for anyone who might need to hear them. I like that she stresses the importance of finding balance in her life, which includes enjoying food that she loves. I appreciate that she says that it’s taken her 45 years to get to a place where she can more easily find balance. I’m a few years younger than she is, but lately I’ve been thinking about the importance of finding calm, (and balance would help), so it’s nice to be reminded that it isn’t something that happens overnight. There have been periods of time when I think I’ve achieved something close, and then chaos erupts. I have also spent time standing frustrated in my closet, occasionally in tears, because I can’t figure out what to wear that will make me feel comfortable and confident. I’ve always liked Drew. I skipped Santa Clarita Diet because I’m not into blood/horror/zombie shows, but I’m looking forward to whatever she does next. 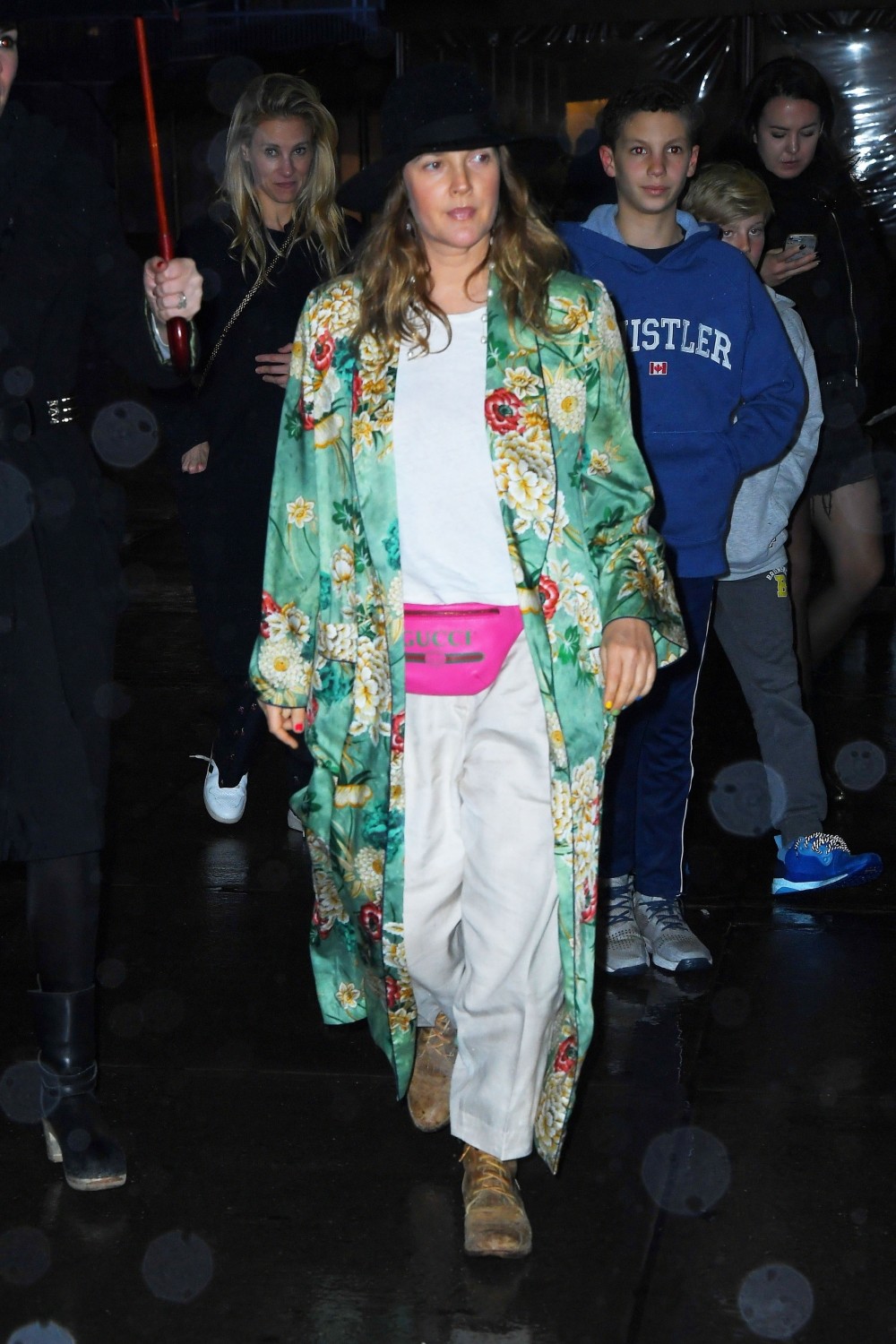 52 Responses to “Drew Barrymore on body acceptance: ‘I have stood in my closet and just cried’”