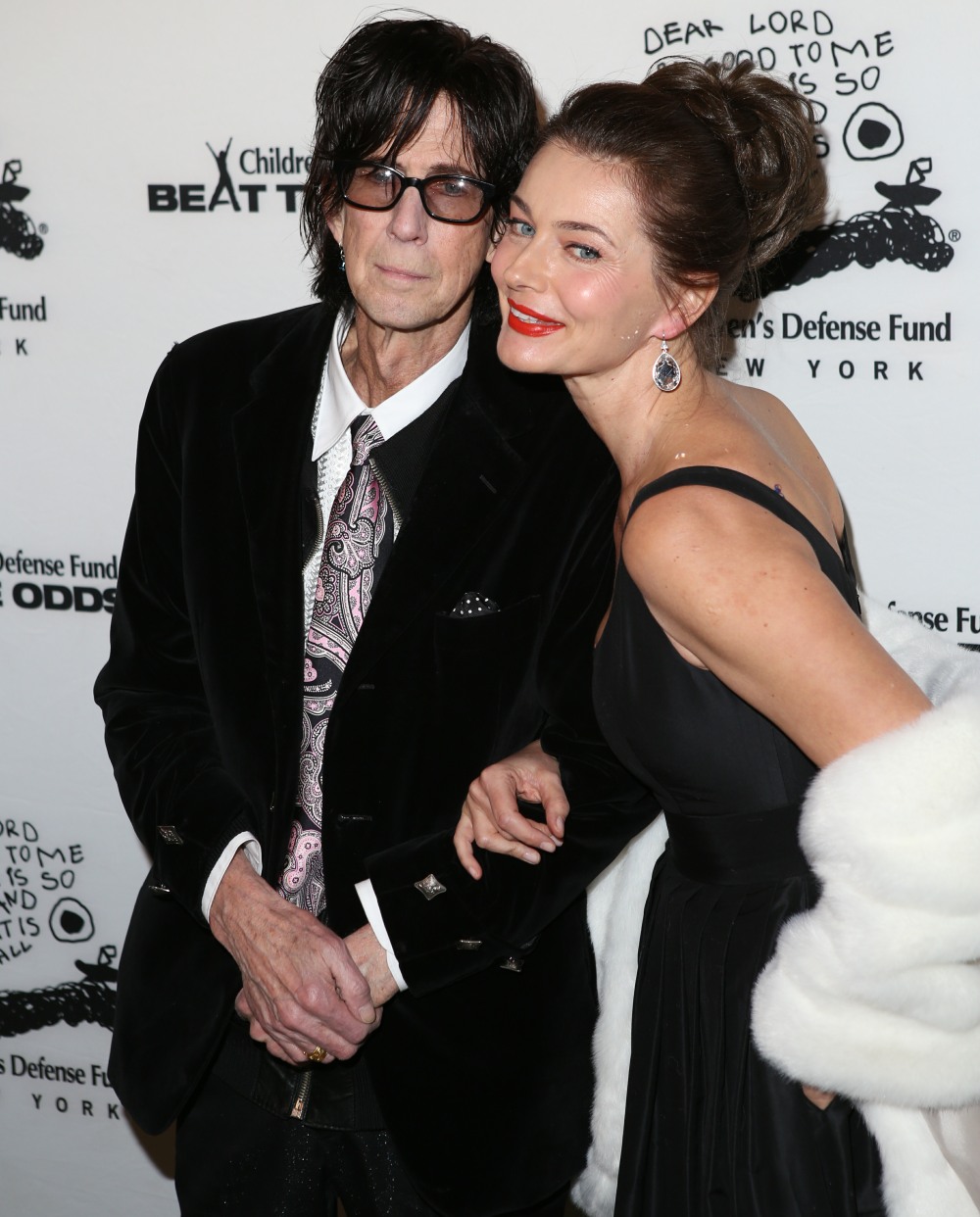 CBS Sunday Morning aired/will air an interview with Paulina Porizkova, the model and widow of Ric Ocasek. We covered the situation as it happened – Paulina and Ric separated in 2018, but they still lived together and she helped take care of him in his last years, when he was quite sick. And for that, Ocasek cut Paulina out of his will and stated (in the will) that it was because she “abandoned” him and didn’t love him and she was out dating other men. It was a particularly bitter “last word” and I wouldn’t blame Paulina one bit if she still felt hurt and damaged by his last act. And guess what? She does.

Paulina Porizkova felt betrayed when she found out her estranged husband Ric Ocasek, who died suddenly last September, left her out of his will.

“I would love to be able to be sad and miss him. And not also feel this incredibly hurt and betrayal,” she tells CBS Sunday Morning co-host Anthony Mason in an upcoming interview, which will air in full on March 1. “It made the grieving process really, really tricky.”

Although Porizkova, 54, and the Cars frontman announced their separation after 28 years of marriage in May 2018; at the time of his death, the pair were not legally divorced and still lived together. Speaking out about how difficult it was to be the one to find her husband after his death, the Czech-born supermodel called it “the worst moment of my life.”

Porizkova previously addressed being left out of Ocasek’s will in November, explaining that although the news was just being made public, she had known for months.

Yeah, I can understand that. It’s not like she was some rando trophy wife who only married him 10 months beforehand. Paulina and Ric had been together 28 YEARS. And she stayed with him when he was ill and tried to take care of him, but it wasn’t enough for Ric. Sounds like a miserable way to leave this earth. Paulina also reportedly has asked the court for an “elective share” of his estate, which basically means a certain percentage after certain portions are divided up between the Ocasek kids (who are all adults now, I believe).

Here are some clips from her interview:

Czech supermodel Paulina Porizkova was a familiar cover girl in the 80s & '90s and became the face of Estée Lauder. Now she tells @AnthonyMasonCBS, the modeling shoots are much rarer https://t.co/mGBLSVUiiP pic.twitter.com/yP3U386WuU