Niecy Nash: ‘I’m one of the only people in Hollywood with their original teeth’ 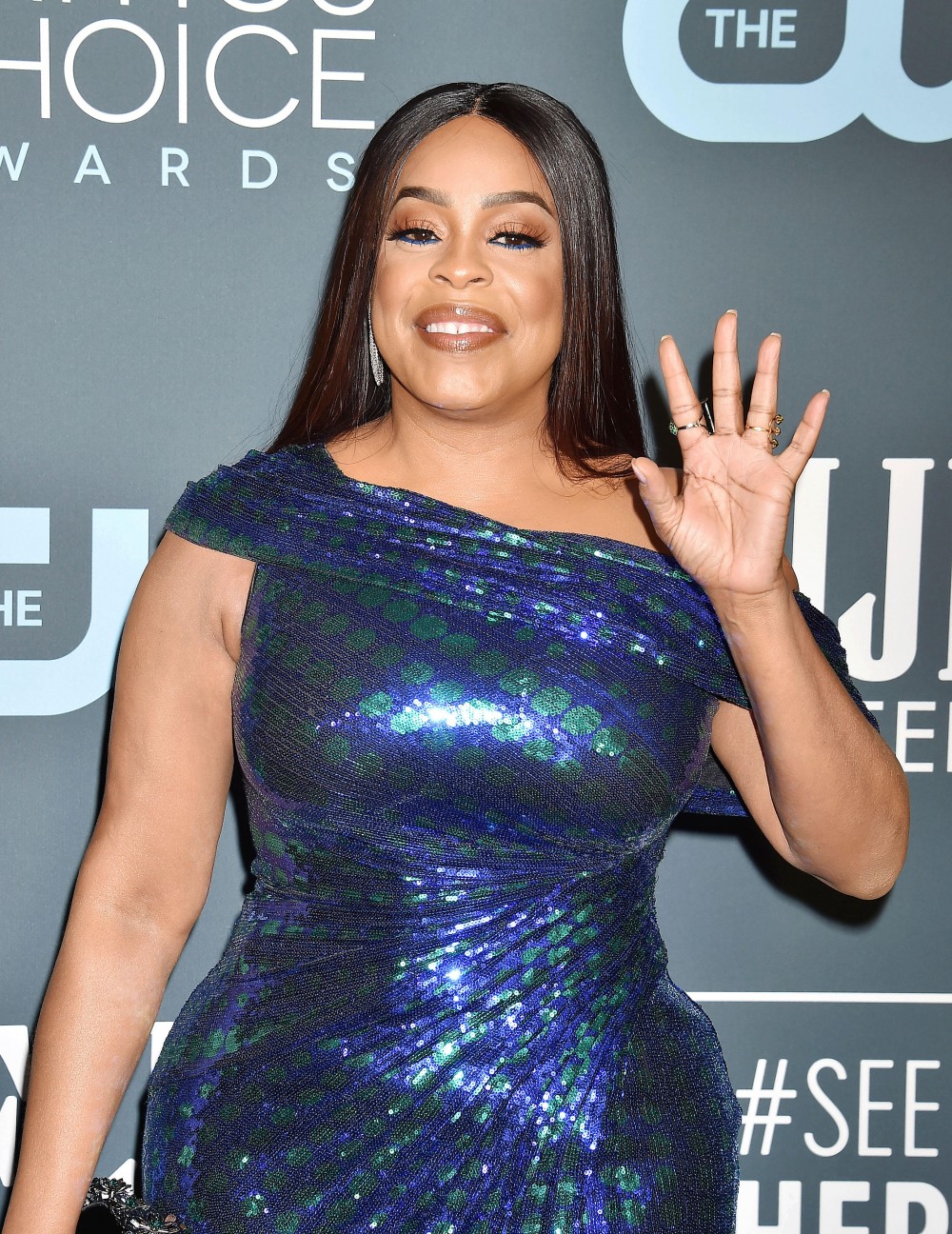 On the most recent episode of Oprah and Gayle’s web series, the OG Chronicles, Oprah admitted that she had considered plastic surgery. I found that interesting, actually. Oprah strikes me as someone who is incredibly confident and comfortable with herself. I guess I shouldn’t be surprised, though. I’m remembering Michelle Obama’s comments to her about the double-standards around women and men being allowed to look their age. Michelle also said that it had taken her a long time to get to a place where she was able to accept her body as it currently is.

Someone else who is celebrating herself and her self-confidence is Niecy Nash, who just did a photoshoot to celebrate her 50th birthday. And while she’s not planning to get plastic surgery, like Oprah she says “never say never”:

Niecy Nash is totally comfortable in the skin she’s in.

In fact the star just proved it, stripping down to her underwear for an empowering 50th birthday photoshoot this week.

“I’ve never done a photoshoot where I’ve been that exposed,” Nash tells PEOPLE in this week’s issue. “I just wanted to say, ‘This is me. And I am so comfortable with who I am.’”

The newfound confidence came after a difficult year that included the Claws star announcing her split from husband Jay Tucker, and seeking therapy for unaddressed childhood trauma.

But these days, the woman Nash sees in the mirror is someone she’s totally in love with. “I am forever grateful for how resilient God made me,” she says.

And she’s also grateful for her imperfections. “One of my favorite things about myself is my smile, because I’m one of the only people left in Hollywood with their original teeth. Me and Steve Buscemi,” Nash says with a laugh. “I’ve held on to something in an industry that will say, ‘You need to change that.’”

As for her thoughts on plastic surgery, she’s not knocking it, but she’s not ready to try it.

“I never say never,” she says. “But I am fearful to do something to my instrument, which is my face, because I don’t know if it’ll move the same, you know what I mean? I don’t want to be thinking about crying and can’t do it!”

Nash is more interested in helping other women feel as confident as she does now. With a new shape-wear line in the works, she’s also sharing her secrets to looking “snatched”.

When it comes to her physique, “part of it is just the way I’m made up,” she says of her curves. “The other part you can achieve with the right shape-wear. That will be my gift to the masses because I figured this thing out.”

Niecy’s comments about her (and Steve Buscemi) teeth made me laugh out loud. I appreciate that she’s honest about not ruling out plastic surgery, but I’m also really glad that she’s embracing who she is, and the body that she has. She recently posted a video of herself in a bathing suit, and started picking herself apart, and so then she posted a follow-up apology to herself: “I had to apologize to myself and remind myself that these hips carried three children and brought them into the world successfully.”

I found that story deeply moving, and I’m sure that her followers appreciated it. It is so easy to be unkind to ourselves for what we perceive to be our physical flaws, or for mistakes that we’ve made. Niecy wrote in her comment, “then I remembered that my body will hear everything my mind thinks about it.” I had to remind myself something similar the other day, though it was about a pattern of thought that I was having, rather than anything related to my body. I’m trying to make sure that my internal monologue is as kind to myself as I try to be to other people. Some days it’s hard, but Niecy’s point is that it’s important and worth it.

I APOLOGIZE to myself! I bought a new swimsuit and tried it on, then proceeded to Drag Myself😩- pointing out every "flaw", every bump, lump, scar, ripple & stretch mark. Then u heard my sisters voice @kstew222 in my head say "watch what you say about MY sister"….then I remembered that my body will hear everything my mind thinks about it…. then I thought about my dear sister friend @daniebb3 and how she celebrates her chocolatey thickness ( she's so fine!)😘…then I changed my conversation with myself: These hips caught two husbands (and a few boo’s) 😏, my thighs touch but I gained weight having good food with great people👅. I see my c-section scar peeking out ( thank you @thekatvond for putting a tattoo over it) but it's a reminder that I brought 3 beautiful children into the world 👶🏽 I allowed my stretch marks to whisper " you are a grown ass women who has survived a few thangs & STRETCHED in ways you never thought you could" My mom always said "They don't teach "Kind" in school, you gotta learn that on your own". Loving your body can be a rollercoaster ride ESPECIALLY WITHOUT A FILTER! but…With all that said I purpose to be kinder to myself today then I was yesterday…. tomorrow i'ma try to keep the it going "I love you Niecy"❤❤❤❤❤ I’m my own #wcw ( #rp as a reminder) #brownskingirls 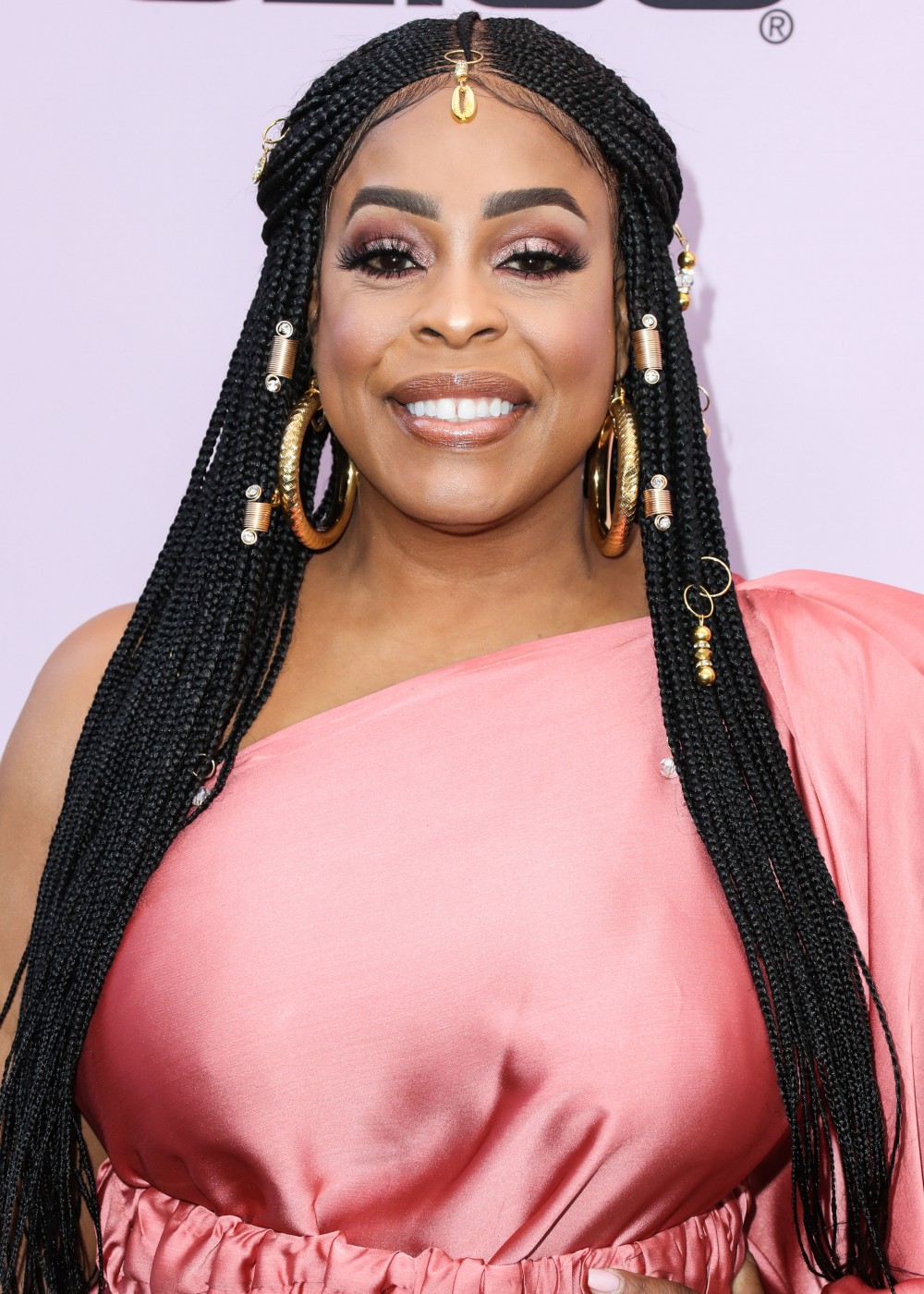 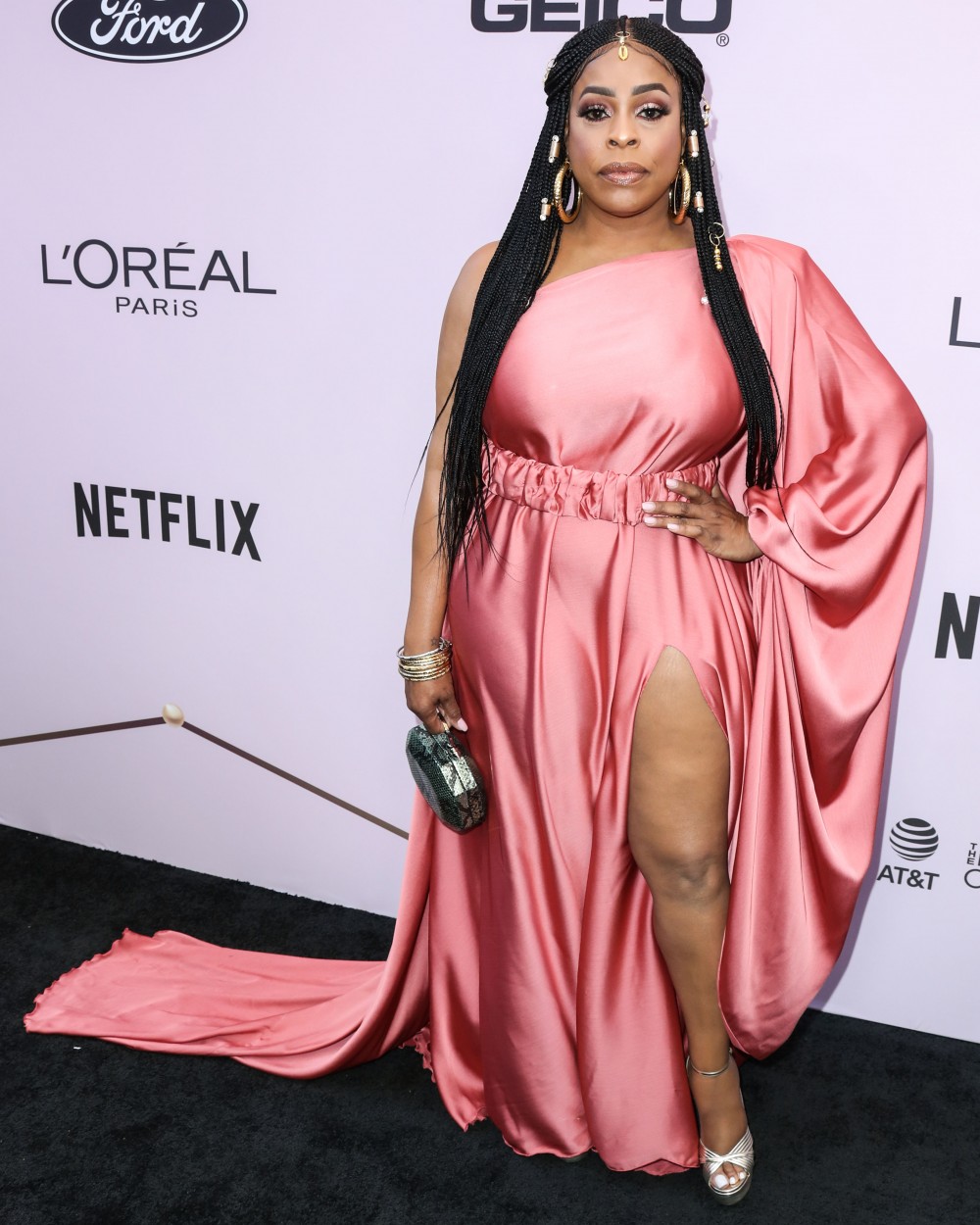 16 Responses to “Niecy Nash: ‘I’m one of the only people in Hollywood with their original teeth’”